Solidifying their place in the Horror genre, Lionsgate and Lakeshore Entertainment continues to bring outstanding Action Horror movies such as the release of I, Frankenstein on January 24th 2014.  Based on the graphic novel by actor Kevin Grevioux, who has starred in such blockbuster films as the Underworld series as Raze, the screenplay was written and directed by Australian Stuart Beattie (G.I. Joe: The Rise of the Cobra 2009, Tomorrow, When the War Began 2010).  An age-old tale originally authored by Mary Shelley back in 1818, the new take of I, Frankenstein is told from Frankenstein’s monster’s point of view and largely narrated by him. 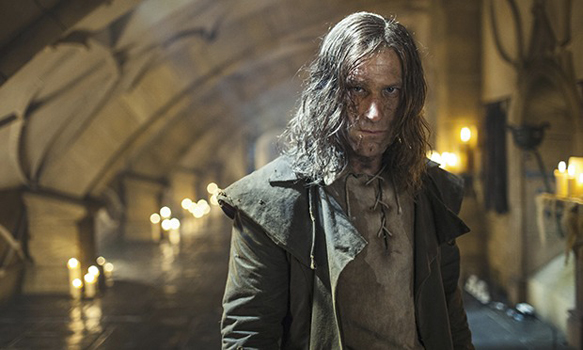 Taking place after the death of Victor Frankenstein, his monster (Aaron Eckart: The Dark Knight 2008, Olympus Has Fallen 2013) wanders the world, doomed to exist rather than live, with no soul or sense of future. He finds himself in a battle with demons until he is rescued by an unlikely hero, Gargoyle Gideon (Jai Courtney: Jack Reacher 2012, A Good Day to Die Hard 2013), the leader of the Gargoyle Army who takes him to their world. Leonore (Miranda Otto: The Lord of the Rings: The Two Towers 2002, The Lord of the Rings: The Return of the King 2003) is the Queen of the Gargoyles and names him Adam. Leonore believes there is a purpose for everyone, including Adam, and asks him to join them; at that time he refuses. They remove an old book from him without his knowledge, the journal of Doctor Victor Frankenstein.

Two hundred years later, Adam has been fighting the demons without understanding why they are after him and he is again pulled into the Gargoyle realm, this time however, he is not there voluntarily. He learns there has been a war waged for centuries between the Gargoyles, who are related to angels, and the demons led by Prince Naberius (Bill Nighy: Jack the Giant Slayer 2013, The World’s End 2013), who was one of the original angels who fell from Heaven with Lucifer. The humans know nothing of this war despite the fact that their world may end depending on the outcome. Making matters more complicated, Naberius maintains a human form and goes by Charles Wessex, who runs a research facility trying to unlock the key of reanimation headed by Doctor Terra Wade (Yvonne Strahovski: Killer Elite 2011, The Guilt Trip 2012) and Doctor Carl Avery (Nicholas Bell: Prey 2009, Crawlspace 2012). Doctor Wade and Doctor Avery have had limited success in their experiments and cannot seem to achieve total reanimation, and unknown to them, Wessex is on the hunt for evidence to assist them. 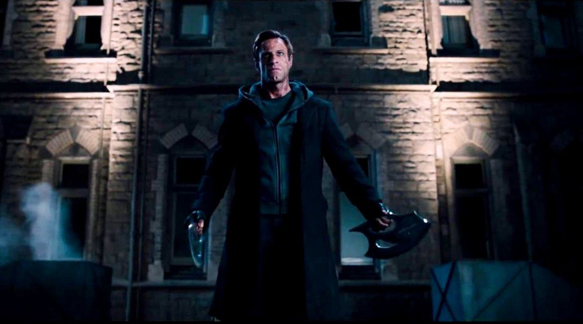 Adam finds that both groups want him just as much as the other and neither of their reasons are altruistic. When Adam finds an unlikely companion in his corner, he has hope for the first time that he may live a life. Will this come at a cost? The hunt is on, putting Adam and the Gargoyles in grave danger, humankind hanging preciously in the balance. Prince Naberius seems to be an unstoppable force and his plans for world domination looks to come into realization, unless Adam makes some hard choices. Adam has to join forces to stop and end to the forthcoming evil apocalypse. 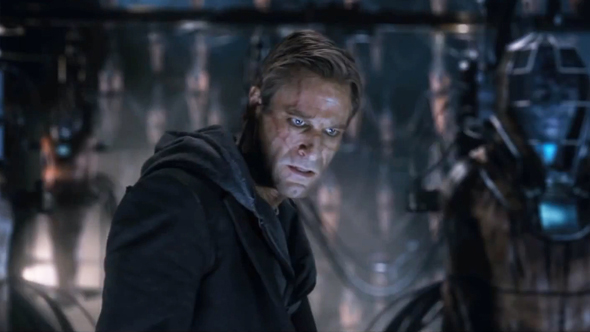 Filmed in Victoria, Australia, I, Frankenstein is extremely well-acted by both Australian and American actors along with the special effects seamlessly blending old world into the modern world. It has a dark, bleak eerie feel. The intensity builds immediately and does not dissipate for the entire film; a great quick-paced action movie with plenty of flash and bang. It is heavy on the action and a little light on the story, but it does not fail to deliver exciting viewing. The style of the film could also lead itself into pilot territory, with the potential of a television series in there, as well as a sequel; a must watch for Horror and Action fans.  CrypticRock gives I Frankenstein 4 out of 5 stars. 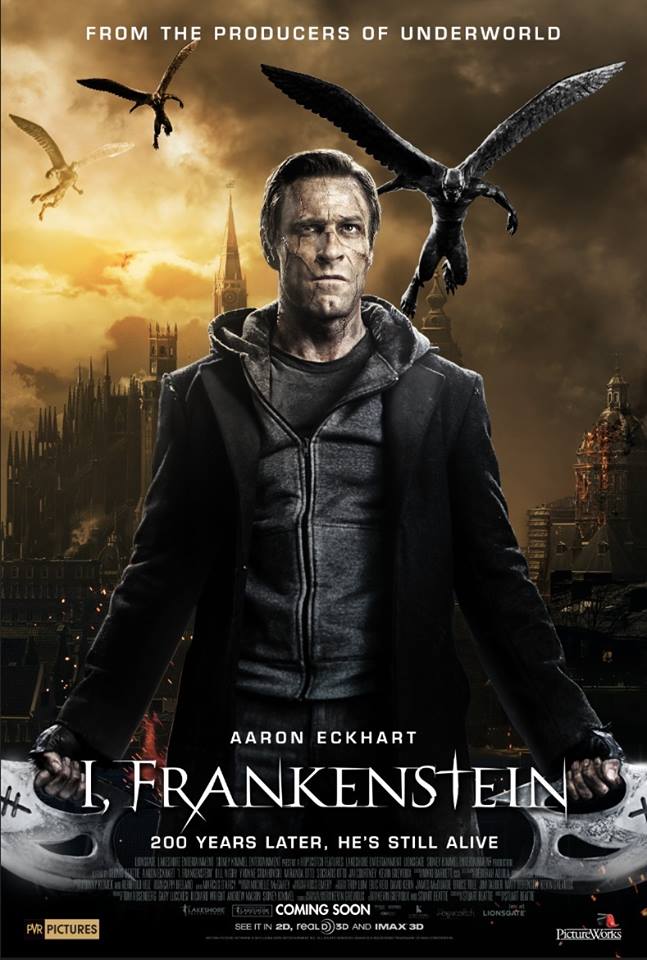 Purchase I, Frankenstein on Blu-ray/DVD on Amazon