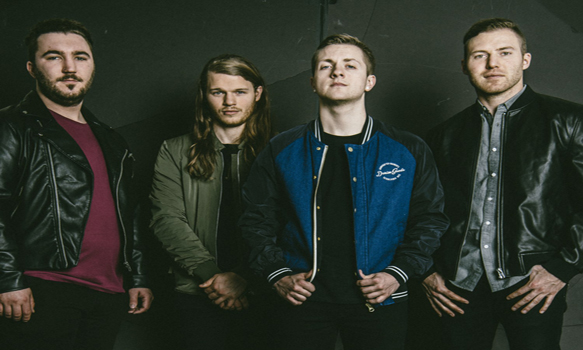 Over the past few years, there has been a few bands that have made immediate impacts on the Hard Rock genre, and part of the conversation would have to be the Detroit, MI based I Prevail. Coming together three short years ago, by 2014 they had already turned many hands with their cover of Taylor Swift’s “Blank Space.” Certainly not a one-trick pony, I Prevail’s fame does not begin and end there.

Often described as a Post-Hardcore band, they combine gritty screams and emotional vocals together with chaotic and heavy instrumentation. Compliments of Brian Burkheiser (clean vocals), Eric Vanlerberghe (unclean vocals), Tony Camposeo (bass guitar), Lee Runestad (drums), Dylan Bowman (guitars), and Steve Menoian (guitars), I Prevail quickly signed on with Fearless Records to release their debut EP, Heart Vs. Mind, in 2014. Of course including that Swift cover track, the EP contained 7 original songs that not only impressed listeners, but left them wanting more. Touring around and building a following, 2015 was a big year for I Prevail, and now, in 2016, they release their much anticipated debut, full-length record, Lifelines. Hitting the public as of October 21st, the album features 14 tracks in total, one of which is carried over from their EP, and another which is a hidden gem at the end.

Produced and engineered by BJ Perry and John A. Pregler at Wall of Sound Studios in Riley, MI , just a few weeks following its release, Lifelines is peaking in charts, and for just cause. Pleading their case, lead single “Scars” goes right for the gold from the start. Hard-hitting, featuring uplifting lyrics and swaying guitars, it gives the album credibility right off the bat. From there, “Stuck in Your Head” harkens back to Punk Rock roots with a crashing beat and feisty attitude. Shimmering guitar pieces trade off and on with a catchy chorus that will stick with the listener. Title track “Lifelines” comes in with multiple guitars that create riveting sentiment of overcoming obstacles. Here, the vocals of Burkheiser and Vanlerberghe  mirror the guitar effect with a varied style blending together for extra impact.

With a bit more aggression, “Come and Get it” fades in with warning sirens and a primal yell before heavy guitars and gruff vocals bring a challenge to the forefront. Frenzied and piercing, this track is intense and does not lack any potency in delivery or passion. Then, returning to the more atmospheric sounds, “Chaos” offers a gentle beat that feels lonely at first, but then ramps up into an angrier tone. Seemingly building up the resolve to fight for something important, screaming vocals help to solidify the meanings behind the words as the two vocalists narrate a heartbreaking story.

Taking another step back into their more mellow sounds, “Alone” brings a different side of I Prevail to the table. No less powerful, a steady beat allows for vocals to shine through and add a heartfelt, deep sorrow to bubble while creating a song that could easily fit in on multiple Rock radio formats. Letting listeners know they have not gone soft, “Outcast” brings on an energy burst with lyrics and layered vocals coming together for a lively Anthem Rock feel. Continuing with feelings of hope and overcoming, “RISE” is a pounding dedication to moving beyond aforementioned obstacles that one may face. Creating the feeling of climbing through the mud and over the mountains to achieve greatness, this would be the perfect gym song.

Not letting up the pressure, “Already Dead” pushes an even harder and deeper energy that combines Hard Rock and Hardcore nicely. A climax to Lifelines, it is a cut that sees the band push as hard as they can. Showing they are human and like any human not heavily medicated, have differing emotions, “Pull The Plug” takes listeners down a path of despair and rising above it all. Highlighted by textured sound effects right out of a Horror movie, it is another anthemic track begging for a change in one’s life. This feeling of fighting back is peaked with “One More Time” as the tone turns from dire to uplifting. A more bouncier and upbeat approach, perhaps even Pop Punk feeling, it offers hopeful advice to keep moving forward.

Showing yet another face, “My Heart I Surrender” steps the energy back one more time with acoustic guitars and tender singing from Burkheiser. Heartbreaking unrequited love drips as each word illustrates frustration and longing, but in the end, I Prevail offer a highly textured ear-tingling track. Then with one last cry to unleash negative energy, “Worst Part Of Me” rounds the album. More than just an angry breakup note, it digs deeper beneath the surface where the subject in the story has found clarity after years of being kept down.

A tremendous follow-up to Heart Vs Mind, Lifelines is a heavy, emotional album that reaches deep into the emotions that plague us all. Laced with different tempos and instrumentation, I Prevail create songs that fit perfectly as a cohesive album, but stand strongly alone as well. More than just another band on the Metal/Rock scene, I Prevail have what it takes to withstand the test of longevity thanks to quality songwriting and sincere, heartfelt compositions. CrypticRock gives Lifelines 5 out of 5 stars. 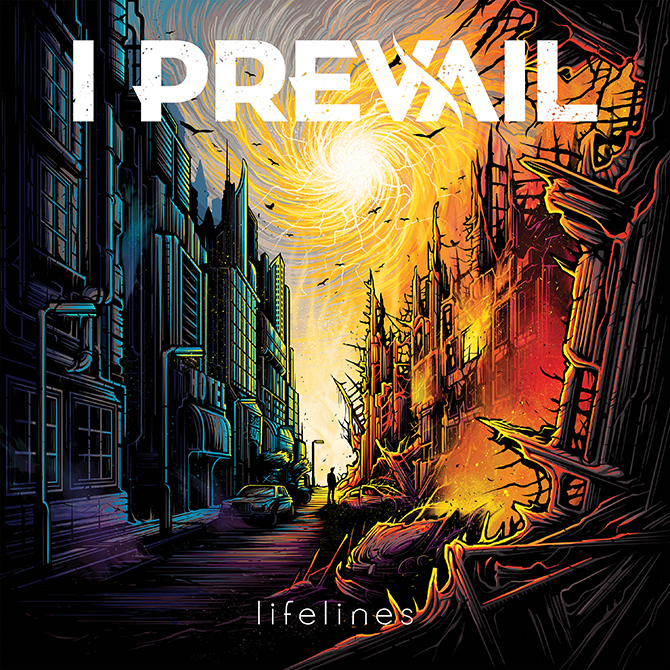