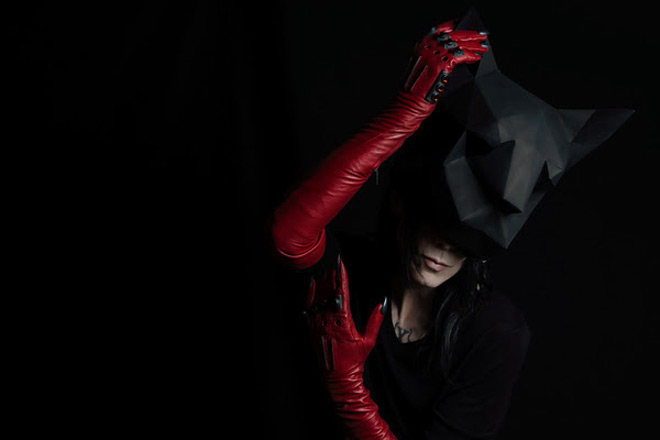 Few artists in this day and age truly garner a feeding frenzy with every release, IAMX embraces the reaction they produce wholeheartedly. Chris Corner, since the earliest points of his career, has dedicated himself fully to delivering the most honest and inspiring music/performances from the moment he was thrust in fans’ lives with the legendary Sneaker Pimps. So dedicated to making honest art, Corner, while writing new material for Sneaker Pimps, unknowingly was giving birth to a whole new musical infant. That material, fans have come to cherish as IAMX’s 2004 debut album, Kiss + Swallow, and the rest has been one hell of a ride for every proud musical fan.

While through releases such as 2006’s The Alternative and 2011’s Volatile Times Corner grew as a singer, producer, musician, and even video director (yes this man can do it all); Corner really brought the full force of IAMX to bear with the 2013 release of the masterpiece The Unified Field.  It seemed everything was coming together with an amazing release (funded by the love and support directly of fans), successful world tour, mind altering videos, and a slew of recognition. As most know, this is where Corner was faced with one of his biggest obstacles, his own health. Almost 5 years later, Corner overcame his roadblocks and delivered a band defining album in 2015’s Metanoia. The album featured material that truly evolved not only IAMX’s lyrical genius, but took the band’s sound to an unforgettable level. IAMX followed with another world tour that made a bold and declarative statement, “We are back, and going nowhere.”

With the tour said and done, Corner was back in the studio and returned to the very foundations of any classic style of electronic music, analogue technology. In September of 2017, Corner unleashed one of IAMX’s most experimental albums to date in the instrumental Frankenstein entitled Unfall. The levels of ingenuity to the album were as welcoming to a new age for the band as it led to the question “what is next?” Well, the holidays have come early this year since on Friday, February 2, 2018, IAMX is unleashing their eighth release, appropriately titled Alive in New Light.

Through the years, no artist has truly managed to master the art of opening an album on their best foot as IAMX has. With songs such as “I Come With Knives” and “No Maker Made Me,” it is impossible to go wrong; as Alive in New Light kicks off with the track “Stardust,” this album is no exception. The song begins with an almost delicate approach of light piano and Corner’s gentle vocals. As the tracks’ reflective lyrics give way to a crescendo and adding of layers, the picture show of the album begins and the listener is sucked in for the ride. The following masterpiece, granted it is only the second song, could be one of the most well-crafted tracks Corner has put together.

The combination of newer sounds Chris has forged merged with familiar textures of songs past, coupled with lyrics of introspection, reflection, and thankfulness make it a homage to all who have been on the indescribable journey which is IAMX. Chris’s pushing of his vocal ranges are bare for all to see, as he proves if there are accomplishments he has not met yet, he will. This album also features for the first time a guest vocalist for IAMX, none other than L.A.’s own tattoo queen Kat Von D. While Von D. does appear on a few different tracks, the full effect of the two’s collaboration is on one of the album’s most haunting tracks, “Stalker.” The pairing of their vocals craft an almost ominous conversation, that would only served more justice with a visually stunning video.

One message that is a constant through the album is the separation and celebration of getting past all of Corner’s illness not too long ago, but that message is really brought to the light with the emotional message of the song “Mile Deep Hollow.” Any fan who takes the time to really listen can hear not only in lyrics, but in Corner’s voice, the sincerity behind his words. As the album started and throughout reflects on a journey well travelled, and the lessons learned from it, the album closes with soulful track “The Power and Glory,” which officially closes out the past while welcoming the future the only way Corner knows how, his own way.

So many artists lose themselves through the series of waves known as their careers. Divorces, drug abuse, success, failures, etc. are all subjective to the experience as long as one is honest through them. IAMX is the embodiment of that very idea. Alive in New Light is a truly exceptional album not just to this particular year, but to a generation of hungry fans who are tired of the formulaic and welcome the unexpected. Hard to imagine in back to back years an artist of any caliber can deliver two perfect albums that should be on everyone’s “must read list,” but IAMX has done just that. With great honor, CrypticRock gives Alive in New Light a more than deserved 5 out of 5 stars. 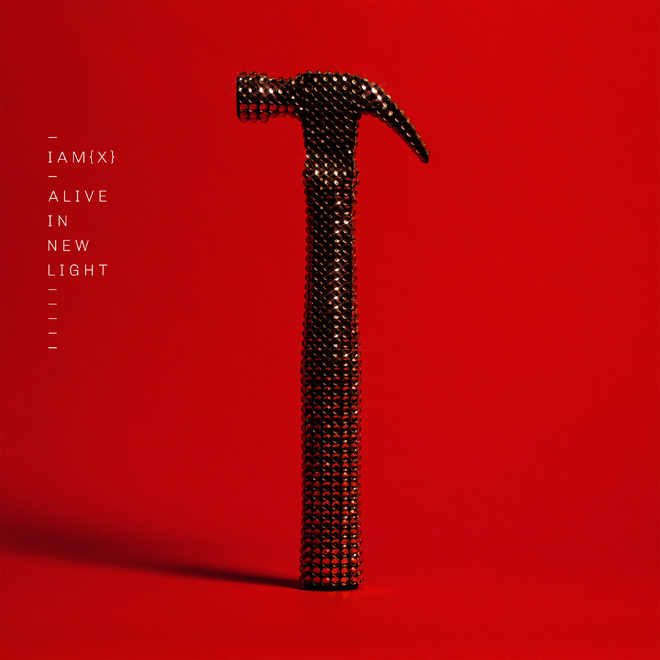 Purchase Alive in The New Light: