During the season of summer, the days are long, excruciatingly hot, and can be humid just as well. Quality H2O helps to hydrate a sun-baked body, while cash helps pay the overpriced electrical bill from the usage of constantly-running air-conditioners. Out of all that, summer is also known for the consumption of the sweet, cold, decadent treat that is ice cream. Yummy and refreshing as this cold cream slides down the throat on a hot, sticky summer day…but what happens when the price to pay for this ice cream costs the life of its customer? 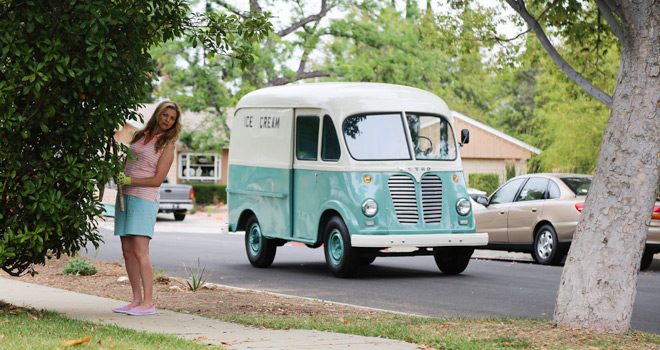 On August 18, 2017, production companies Look At Me Films and O’Hughs Entertainment will reveal what happens with their release of The Ice Cream Truck via Uncork’d Entertainment. A Horror/Mystery film from the mind and soul of a very impressive and very promising Writer/Director Megan Freels Johnston, she is the granddaughter of Author/Screenwriter Elmore Leonard; known for his work in writing Western and Crime-fiction novels. Johnston even once took on the job as an assistant-to-the-director in 2008 movie Killshot, which was based on Leonard’s novel of the same name, and had asked Joseph Gordon-Levitt to direct a 24-minute 2009 short film called Sparks, also based on a Leonard story.

The Ice Cream Truck begins with the introduction of Mary, played by a very delightful and very charismatic Deanna Russo (Rest Stop 2008, The Dramatics 2015), an aspiring “freelance” writer who has moved back to her old childhood neighborhood. Here, she awaits the arrival of her husband and two children who are finishing work and school, respectively, in Seattle, before joining her in their newly-bought house. The town to which Mary has moved is absolutely serene in its view. It is a town gorgeously lit in sunlight, and has a stunning palette of color. This town is full of singing birds, well-kept lawns, and a slew of very strange, weird people—including a creepy ice cream man (Emil Johnsen: Troubled Water 2008, Corridor 2010) who slowly drives around in the titular truck. Within this seemingly perfect neighborhood, something is amiss; something Mary will soon have to face once and for all.

As the movie unfolds further, the viewer is introduced to many characters, including Mary’s nosy next-door neighbor, Jessica (Hilary Barraford: Go For Sisters 2013; Interwoven 2016), and teenager Max (John Redlinger: Nashville series, Thirst 2015). Barraford and Redlinger, among the rest of the cast, are really, really good in their roles. Deanna Russo, in particular, is such a woman’s woman, and is an amazing actor, bringing believable line-delivery and emotion to her Mary. 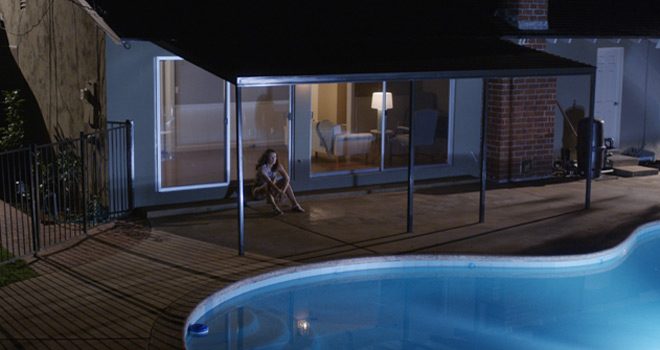 Whether or not it was intentional, Emil Johnsen’s ice cream man character is a little awkward, and possibly a bit forced. His character almost seems like a filler—as if he were meant to be in another movie, altogether.

Now, although the movie builds, and builds these characters and the story in which they are put, everything seems to fall apart during the third and final acts of The Ice Cream Truck. It is also never explained why everyone in this town is so gosh-darned weird, and so suddenly skittish. So many questions one might have throughout the movie are never answered, and the anticipation is wasted by the third act. It is unfortunate, but it could very well be that Johnston forgot in what direction her movie was to go; but have no fear, for none of what was mentioned overshadows all the pluses The Ice Cream Truck contains.

All this said, Johnston does a great job bringing out such powerful performances from her cast throughout the entire film. She builds and builds upon intensity, perfectly seers both sides of creepiness and eeriness, and keeps her influences on the arms of her Director’s Chair. Johnston also chose the right composer—an amazing Michael Boateng (Rebound 2014)—to score The Ice Cream Truck, who mixes together into his sound the nostalgia of such amazing TV shows as Monsters (1988-1990), Friday The 13th: The Series (1987-1990), and the ’80s reboot of The Twilight Zone. Also a nice touch is the presence of Cinematographer Stephen Tringali (also of Rebound), whose every shot is as grandeur as the last. 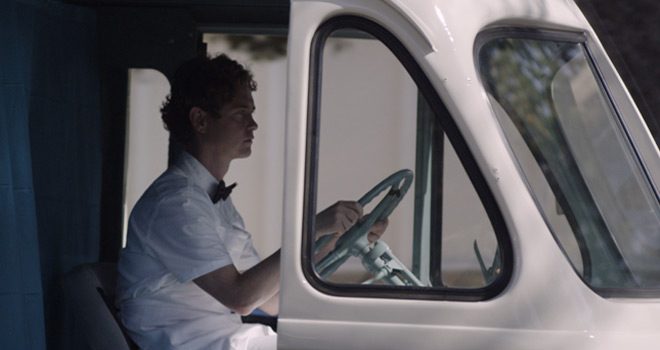 The look and feel of The Ice Cream Truck is gorgeous: every scene is lush in vibrant colors and imagery. Boateng and Tringali work splendidly together throughout the film, whether they realized it or not—especially during an impressive very-beginning shot, which is riddled in a sustaining, eerie wail of a violin, starting off high-noted, before staving off to a low, more calming tone as the camera pans downward from the sky, revealing the street of Mary’s new-old town.

All in all, The Ice Cream Truck may have its flaws, it may have an allusion of an ending, but the movie sure as heck packs a nice punch. It features a great score, some creative cinematography, and a cast of stupendous actors; including Deanna Russo, who will leave a lasting impression for a very long while. She is truly a fantastic actor. Thanks to Megan Freels Johnston, a powerfully competent and impressive filmmaker, this movie is one cone filled, four-scoops high of a frozen dairy pastime treat. Because of this, CrypticRock gives The Ice Cream Truck 4 out of 5 stars. 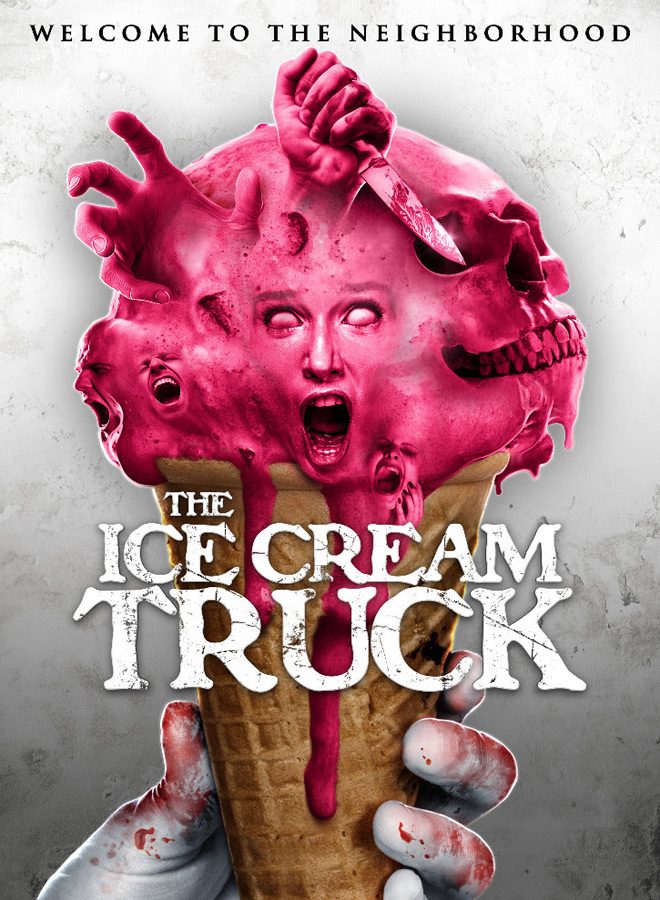 Ice Nine Kills – The Silver Scream 2: Welcome to Horrorwood (Album Review)
Like the in-depth, diverse coverage of Cryptic Rock? Help us in support to keep the magazine going strong for years to come with a small donation.