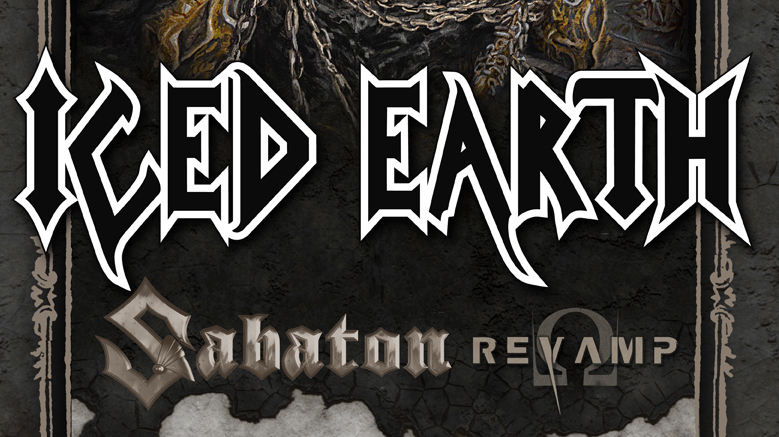 Metal titans ICED EARTH make their triumphant return with the January 21, 2014 release of new studio album ‘PLAGUES OF BABYLON’ on Century Media Records. The band will bring the new album to their North America homeland when their headlining WORLDWIDE PLAGUES TOUR hits our shores April 4 for a six-week run with SABATON and REVAMP in support. See complete tour dates below.

“This is a seriously heavy album with a seriously brutal album cover,” says Jon Schaffer of ‘PLAGUES OF BABYLON’. “I’m sure it will go down as a classic in the epic ICED EARTH catalog. We feel that the package with SABATON and REVAMP is very strong and we are very excited to tour the U.S. and Canada again and kick some major ass!”

Exclusive pre-sale tickets and VIP packages for the entire ICED EARTH North American tour are available now at www.enterthevault.com. Pre-sale tickets will remain onsale until December 4, when remaining tickets are made available to the general public through the traditional retail outlets (check your local venue for details). VIP packages will remain onsale exclusively at www.enterthevault.com while supplies last.

Beginning with their groundbreaking self-titled debut album, ICED EARTH has remained steadfastly committed to championing heavy metal and continues to be one of America’s greatest classic metal bands. ‘PLAGUES OF BABYLON’ is no exception. From the sheer power of the title track and neck-breaking thrashers like “Among The Living Dead,” to the haunting “Cthulhu” and the colossal “If I Could See You” and “Spirit Of The Times,” ‘PLAGUES OF BABYLON’ takes fans on the thundering power trip that has become ICED EARTH’s trademark. 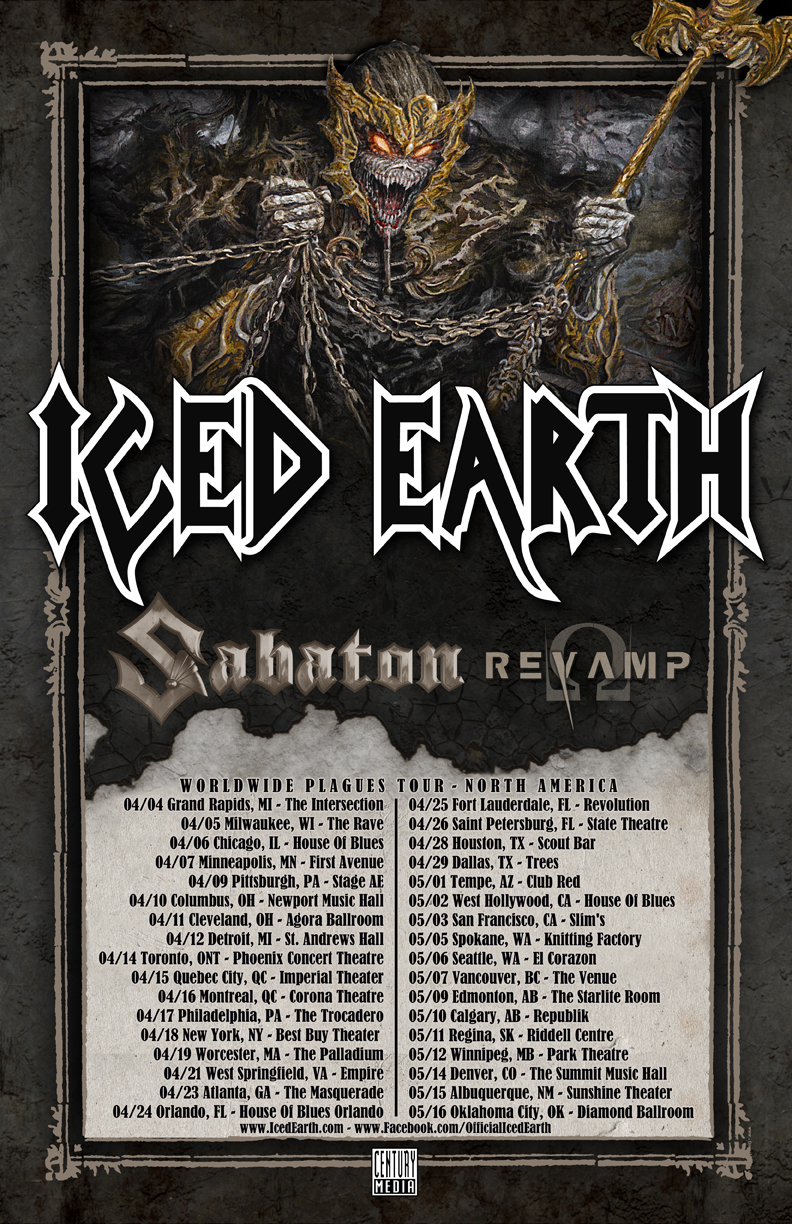 Superhost (Movie Review)
Like the in-depth, diverse coverage of Cryptic Rock? Help us in support to keep the magazine going strong for years to come with a small donation.
Print page
0 Likes