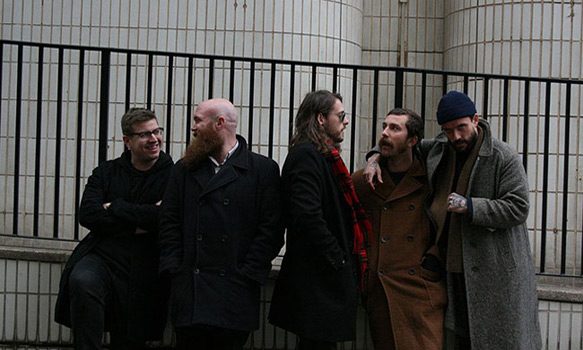 Rage is beautiful, but not in the, “I am going to throw things and slash your throat” kind of way. Perhaps more to the likings of a wild flame blazing with the type of energy that releases the most badass sounds and the most unrefined truth. That image provided, the lovely Post-Punk/New Wave band from Bristol, London by the name of IDLES are that very flicker type of rage. That is because this abrasive and shameless quintet are the fire of a thousand suns, selling out shows left and right to coincide with their debut album, Brutalism set for release on March 10th via Balley Records.

A five-piece deal made up of Joe Talbot (vocals), Mark Bowen (lead guitar, backing vocals), Lee Kiernan (rhythm guitar) Adam Devonshire (bass guitar, backing vocals) and Jon Beavis (drums), IDLES plunged onto the scene tirelessly attempting to discover their sound. Often disheartened by the idea that punk is dead, with noses up on their grill about getting “real” jobs, they never rocked shut. In fact, all the racket from the hounds is what inspired their most popular song “Well Done” blasting like one tremendous atomic bomb in November 2016. It is a big middle finger to the media and the class divide, a big middle finger to all of it.

The vigorous opener for this album is a rebellion song, “Heel_Heal” where they sing “marching to the beat of someone’s drum” right after you hear a woman scream at the top of her lungs “No surrender!” A perfect start to the record. Peering deep into the caves of modern Pop culture and the quicksand of the political stage, “Divide & Conquer” continues the excitement as an ode to the gutting that exists in England’s National Health Service. “A loved one perished at the hands of the baron-hearted right” is a towering lyric and truth of complete desperation due to a system’s hunger to annihilate for their own benefit. Nonetheless the power of this track threads a hollowly booming sound hosting ghosts of Kurt Cobain-like wails.

Moving on to similarly emotional bits of uneasiness and utter urban dread throughout the album, a la “Faith in the City” as well as “Exeter,” IDLES nevertheless shares a side more cathartic at the core featuring a mother of the working class, Talbot’s mother. Brought to life from death on the track “Mother” the band claims it is an exploration of Talbot mother’s character then and now- mighty, dedicated, loving and flawed.

Instrumentally, IDLES obliterates. For the recipe to make even a Volkswagen Beetle bump like a badass, simply press play to songs like “Date Night” and “Rachel Khoo.” Dropping a few names they poke fun of the famous British cook, Rachel Khoo on the track by the same name. The odd combination of food network moguls and Punk Rock suddenly had all ears, and as a result, landed IDLES the number 1 spot on Spotify’s Viral Charts. Potent until the end, though there is no such thing as winding things down on an album like this, “Slow Savage” is piano bleakness and slowly Brutalism fades aways with, “I’m the worst lover you’ll ever have.”

A total of thirteen songs, Brutalism proves itself to be relevant. Though most Americans do not really pin their nose in Bristol’s politics or pop culture, there is a common ground here. There is an outrage that can no longer be contained and it is with that very energy that art becomes the flame to light the way. It is meant to get people thinking and feeling, to get people to feel free to express themselves even if it is just venting. Adversity sure can be a gnarly misfit. IDLES, the world is listening. CrypticRock.com gives this album 5 out of 5 stars. 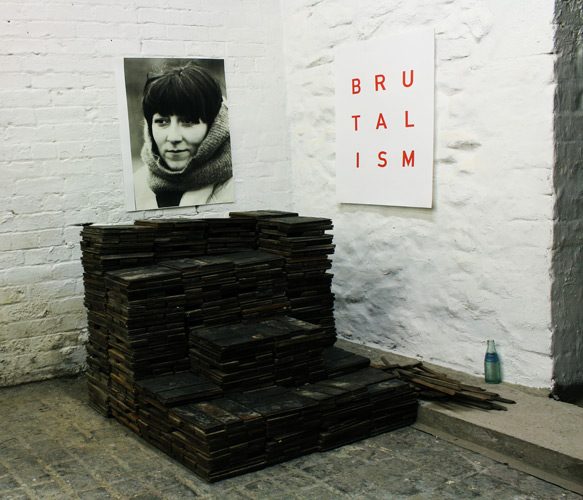