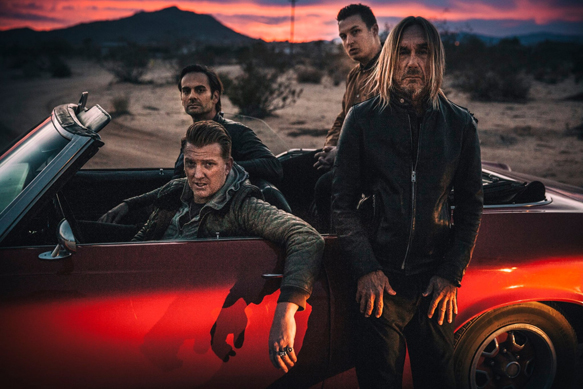 A man who needs little introduction, Iggy Pop is a living legend in the fabric of music history. Having begun his career nearly six decades ago, Pop’s name can be associated with many things, whether it be his early days a part of Rock and Roll Hall of Fame Proto-punk band The Stooges, to his enduring solo career, and much more. Highly influential in the Rock-n-Roll world, known for mixing Garage Rock, Jazz, Punk, and New Wave, Pop has become iconic for his ingenuity. Now, at sixty-eight years of age, Pop remains a highly active musician with The Stooges, as well as solo.

Showing no signs of slowing down, and still possessing the same unpredictable stage antics, Pop’s creativity is boldly brought forth on his latest solo album, entitled Post Pop Depression. Pop’s seventeenth overall solo studio record, Post Pop Depression saw its release on March 18th via Loma Vista Recordings and, ironically, has become his highest ranked album in the USA. Featuring a cast of musicians including Queens of the Stone Age’s Josh Homme and Dean Fertita along with Arctic Monkeys Drummer Matt Helders, Post Pop Depression is a  record that will continue to attract many’s attention.

The opening of “Break Into Your Heart” is a grand way to invite listeners along the forty plus minutes of new Pop music. Featuring amazing guitars and a catchy rhythm, this song will pull the listener straight into the world of Post Pop Depression. Next there is “Gardenia,” which carries a very positive spirit with the musical arrangements and a catchy chorus that make it an early favorite rather quickly. Coming on with an Oriental sounding introduction on “American Valhalla,” the rhythm stays the same throughout while Pop falls into a sort of trance and follows the melodies.

Bringing a more theatrical style, “In The Lobby” takes the audience back in time, back to the Punk days of Pop, and of course, Iggy Pop. Sounding like The Stooges and perhaps even Arctic Monkeys, it is a delightful retro style listen. To many, “Sunday” is not only the best day of the week, but also the next song on Post Pop Depression. With that said, this catchy tune will get the listener moving along as it spreads a relaxing vibe, just like a regular Sunday. With an intro riff that screams Homme, the track plays out beautifully as an orchestral outro ends it.

Creating a saloon-like atmosphere with a shoot out about to occur, “Vulture” features an interesting arrangement that builds along the way, and Pop even shows off some yodeling. With lyrics that strike the listener, the textures built around the meaning may even leave some with goosebumps. Flowing with the dark and mystical track “German Days,” the guitars once again dominate with the signature Desert Rock sound Homme is known for as Pop provides another memorable vocal performance.

Moving along and bringing a steady beat, “Chocolate Drops” has a tone and spirit that is much lighter than the previous cut, and yet it carries a certain heaviness in the arrangements. With flawless backing vocals and more quality guitar playing laced throughout, it is impossible to deny this song’s effectiveness. This leads to the conclusion of Post Pop Depression in the form of “Paraguay,” which is a very catchy tune united with even catchier vocals. Complemented by classy, muted guitar notes and a dream-like feel, it brings along a smooth spirit that slowly grows stronger before sadly ending the record.

A masterpiece for the modern era, Post Pop Depression is an irresistible musical journey. Each of the nine songs is telling a story, and the collaboration of Homme and Pop is match made in heaven. Along with the matching sound, each track will get the listener’s mind wandering along with the lyrics. Some arrangements of songs are reminiscent of the late great David Bowie, and there is no doubt Bowie is somewhere smiling down on his good friend. Above all, each track carries the typical Iggy Pop spirit. Along with the long list of guest musicians and Homme’s production, Post Pop Depression is an amazing piece of music nobody should miss out on. CrypticRock gives the album 5 out of 5 stars. 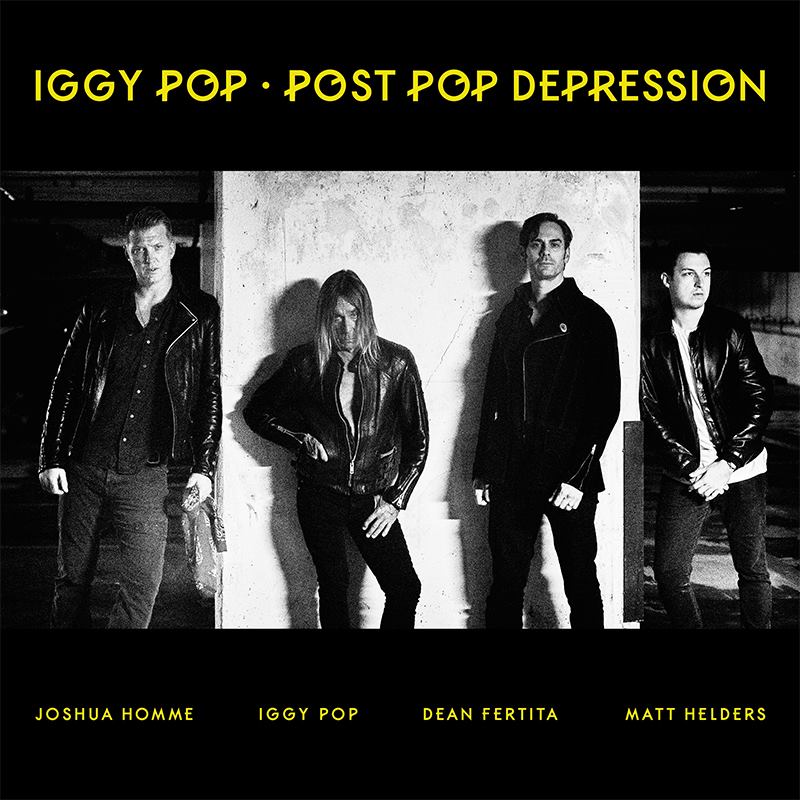