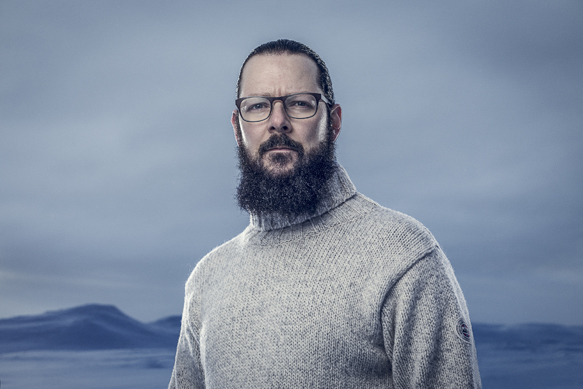 Hailing from Norway resides the multi-talented and innovative musician, Vegard Sverre Tveitan, well-known as Ihsahn. This legendary multi-instrumentalist, songwriter, and experimentalist kicked off his career in the ’90s with the influential Black Metal band Emperor. Emperor reenvisioned the Black Metal sub-genre, and despite the band’s departure in 2001, aside from a few reunions, a large following remained. Ihsahn moved towards a Black-Progressive Metal sound as he generated a solo career of his own ten years ago. He did not want to continue with the Emperor name, as he knew the style would be significantly different. With that direction, listeners have learned to separate Ihsahn’s solo work from Emperor as it was seen in his debut from 2006’s The Adversary. Ihsahn’s initial direction held a raw essence as it has expanded over the years with added experimentation, chaotic atmospheres, and each album has held an independent style. Ihsahn set landscapes with a paganistic atmosphere, and now, an electronically induced dark ambiance. Celebrating ten years of his solo career, the acclaimed Ihsahn has released his sixth studio album, Arktis, via Candlelight Records on April 8th, 2016.

Arktis lures the listeners to a newly darkened realm. However, it remains spiritual and peaceful. The album continues with his Black-Progressive Metal mastery as it is the follow-up from 2013’s Das Seelenbrechen. Arktis was recorded in Ihsahn’s studio in Notodden, Norway and mixed in Sweden by Jens Bogren (Opeth, Paradise Lost, Moonspell, Dark Tranquillity ). The artwork was created by Spanish designer Ritxi Ostariz, who visualized Ihsahn’s intended concept for the album. The artwork showcases the 1800s Norwegian explorer Fridtjof Nansen, on his three-year expedition to the North Pole. Ihsahn described this freezing journey as someone getting lost and feeling hopeless, yet remaining curious and still willing to move forward. The album features guest appearances by Einar Solberg (Leprous), Matt Heafy (Trivium), Jorgen Munkeby (Shining), Tobias Ørnes Andersen (Shining, ex-Leprous), and Norwegian author Hans Herbjørnsrud.

Opening up with “Disassembled” ignites with a mystical wave as it transpires towards a blackened rawness. There is a lighter and somewhat catchier chorus, as the style changes towards a rhythmic groove. Einar Solberg’s guest vocals complemented the coarse voice of Ihsahn in this introductory track. Progressively moving in next with “Mass Darkness,” Heafy’s vocals appear on this piece. This aggressive piece bleeds out the feeling of loss, loneliness, and being haunted. Blackened harmonies continue to ring in with an enhanced cold and ruthless guitar solo as the lyrics belt out “surrender to the darkness.” As the album goes into “My Heart Is Of The North,” the melody continues to switch between Black to Progressive Metal with its continuous dark undertones.

Electronically, “South Winds” moves in next as an eerie repetitive sound lingers just before the hidden madness strikes. Ihsahn satanically whispers throughout this song with an alluring aesthetic. Speaking as though a ritual is taking place with lyrics such as “The sacrifice you need,” and “This shame and fear,” this creative track will haunt and pleasantly disturb the listener simultaneously. Continuing with an evil feel, “In The Vaults” creeps in with lyrics “life can be so unpredicting.” The vocals move between Ihsahn’s terrifying whispers to clean as encouraging words move in, such as “courage to trust yourself again.” Despite the devilish feel, the track brings out an inspiring and uplifting meaning where it depicts on human suffering from fighting death, making mistakes, as the lyrics emphasize on “you will always have to be yourself.”

The next, “Until I Too Dissolve,” changes towards a Power Metal style with the keyboard enhancements and heavier guitar riffs. This direction changes towards a Progressive Medley halfway, as it demonstrates a serene instrumental rhythm. These two styles continue to switch around up until the electronic fade out. “Pressure” lurks in next as it continues to explore the feeling of pain and regret. The drums heighten this piece as it chimes with an aggressive eruption to surprise the listener. An engaging and attentive song, it musically differentiates throughout, making it a favorable track of the album. Delicately moving in next with “Frail,” it opens up with an acoustic sound. During this song, there is a unique guitar riff which has an innovated slide as it moves in with a soothing and natural sound during the chorus. Ihsahn’s vocals are soft with clean whispers as it moves along with a poetic melody. As the album winds down, “Crooked Red Line” surprises the listener with its Jazz and Blues sound. Ihsahn is not afraid to dive into new experiments, where on this piece, Jørgen Munkeby plays the saxophone. The intertwining between Jazz and Black Metal on this track is what draws the listener even further as the aggression calms down with the seductive touch of the sax.

Saving the best for last, the album officially closes with “Celestial Violence.” It begins with light piano work as the vocals theatrically move in with an immense amount of emotion and expression. Ihsahn speaks of pain, such as, “Like I can solve the suffering still through the work of art.” After the introduction of the painful horror, the song bleeds further into the immeasurable troubles and grief a human can experience. Between the striking guitar riffs, atmospheric backgrounds, and aggressive chaos, the lyrics add a poetic touch which includes “celebrating the chaos of the canvas that is night.” A memorable piece, the listener will want to hear this particular song over and over again. The bonus track, “Til Tor Ulven (Sõppelsolen),” is exactly what is said, Tor Ulven’s poem of “Sõppelsolen,” which is spoken during ambient and soft piano medleys.

Ihsahn continues to surpass musical excellence as he notoriously exceeds expectations. He remains a renowned creative mastermind, especially with all things satanic, dark, as well as extreme, and Arktis is no exception. Clocking into the longest album in the history of his solo career, each song holds more of a structure than his previous works. Arktis is an album that dives into the madness of uncertainty, where one can feel trapped and lost in their own personal hell. CrypticRock.com gives Arktis a 4.5 out of 5 stars. 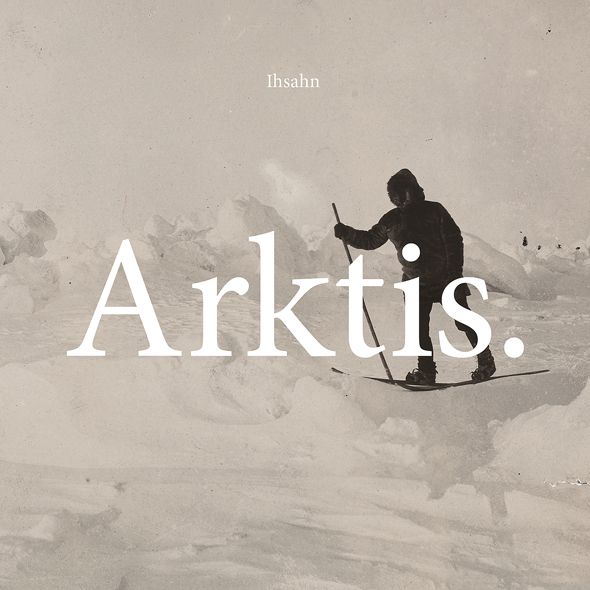