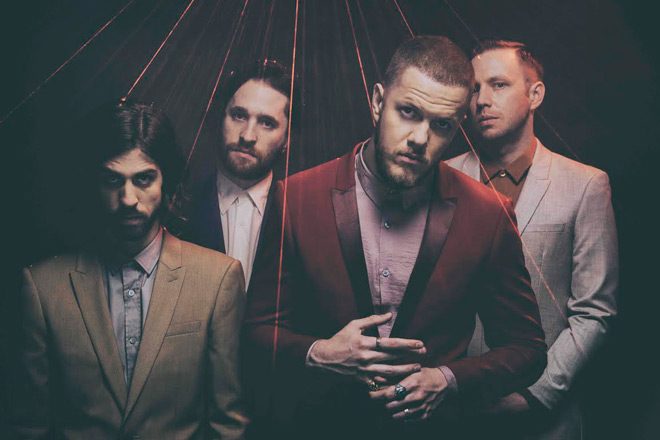 At this point in their career, Las Vegas, Nevada’s Imagine Dragons are somewhat of a household name. The Rock band’s 2012 debut, Night Visions, proved a somewhat slow burn but ultimately a massive commercial success. The album placed the band at the top of Billboard’s charts – earning them the distinction of Billboard’s “Breakthrough Band of 2013” – along with fan-girling squeals from Rolling Stone and MTV. Their sophomore effort, 2015’s Smoke + Mirrors, reached No. 1 in the U.S., Canada, and the U.K., garnering the band an additional list of accolades and even more dedicated fans across the globe. Wherever Imagine Dragons go, the awards follow, so, thankfully, they return June 23, 2017 with Evolve via KIDinaKORNER/Interscope Records.

Evolve launches to atmospheric keyboards on “I Don’t Know Why,” a track that sounds like it belongs on the latest Pop vixen’s album. It is not an altogether bad song – somewhat catchy, decidedly radio-friendly – it is just not what one would expect from Imagine Dragons. Similarly, the Hip Hop verses on “Whatever It Takes” are not awful, they are simply totally unexpected.  First single “Believer” – which initially debuted in the Nintendo Switch Super Bowl commercial back in winter – is by all accounts the closest thing to a traditional Imagine Dragons track. Somewhat reminiscent of the killer drum work present on past tracks like the phenomenal “Radioactive,” this is a radio-friendly swagger that is fully infectious and proof positive that this is a band that should never be written off.

Unfortunately, what follows is often times a deterrent to the memory of the great possibilities inherent in this band. Take, for example, the power-ballad “Walk The Wire” that simply reeks of radio, the equally forgettable Christian inspirational “Rise Up,” and the cliché dancer “I’ll Make It Up To You.” They branch away from Top 40 radio anthems with the Folk “Yesterday,” a Conor Oberst-worthy romp that is made schizophrenic with the inclusion of electronic experimentations. “Mouth of the River” is simply Christian Rock (think Imagine Dragons meets Jars of Clay), while “Thunder” presents some electronic samples worthy of the new Linkin Park album. Minus this, the song is pure repetition but not all bad. A sassy little romp that could score the next MTV surreality, “Start Over” is not entirely negative; it will be beloved by the hipster community. Reynolds and co. end on “Dancing In The Dark,” an attempt at being sensual, but in some listener’s ears may fall a little flat.

Imagine Dragons claim that Evolve is an evolution, though in truth, to some, it may feel like they have simply gone a bit far out into left-field. Always talented and still with superb musicianship, Imagine Dragons have simply reminded fans why the diverse Night Visions and powerful Smoke + Mirrors were such brilliant albums. For these reasons, CrypticRock give Imagine Dragons’ Evolve 3.5 of 5 stars. 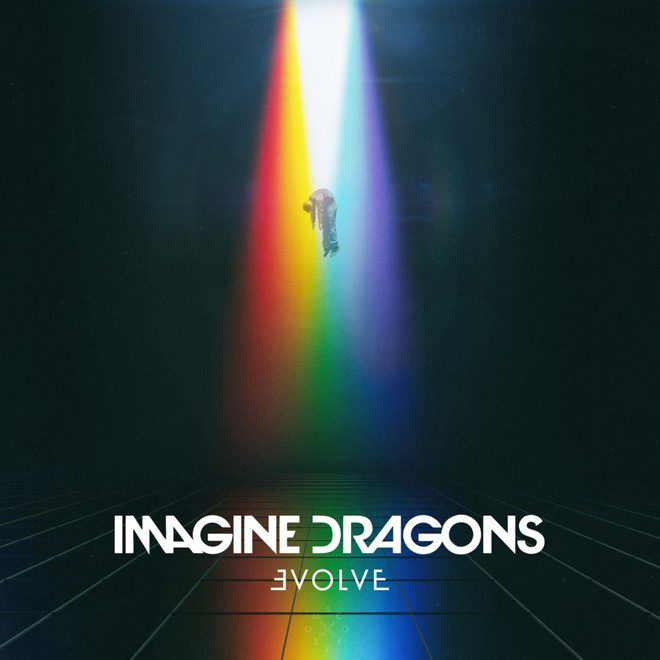 Imagine Dragons are currently on tour in Europe and will return to the States in late July. For further details and dates, visit ImagineDragonsMusic.com