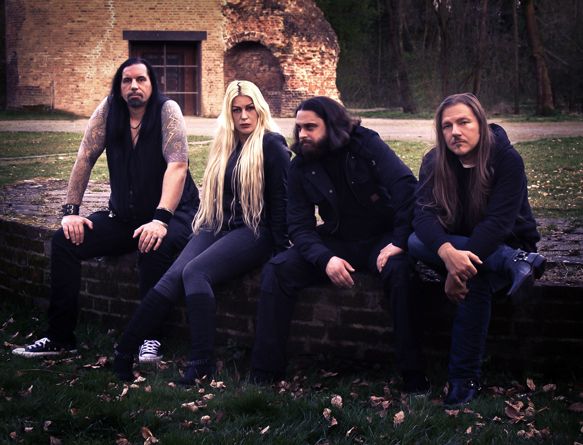 For the past twelve years, Imperia has been making their way in the Metal scene. A cross-border band with members hailing from several European countries, Imperia’s brand of Symphonic Metal is both unique and unexpected; featuring a Gothic, operatic quality to their Symphonic Metal sound. With that in mind, when one thinks of a female-fronted Symphonic Metal band, they usually expect the vocals to be primarily of an operatic or lyrical variety. That is not the case with Imperia’s vocalist Helena Iren Michaelsen. In fact, she surpasses expectations and displays a broad-ranged vocal talent. A veteran on the Metal scene, she is well-known for her work in previous bands such as Sahara Dust (now known as Epica) and Trail of Tears.

Going on to form Imperia in 2004, after her departure from Sahara Dust, Michaelsen and her band played a few gigs and released a cover song before they cut their debut album, The Ancient Dance of Qetesh, in October of that year under the label Ebony Tears. Taking the album’s name from an ancient fertility goddess of sacred ecstasy and sexual pleasure, the music’s Egyptian/Eastern sound certainly provided a particular atmosphere and paved the way for Imperial’s brand of music. After exploring a side-project by the name of Angel, in 2007, Michaelsen and Imperia returned with Queen of Light in the same year through Massacre Records, which met with great success and is largely regarded as one of their better albums. Taking a break once more, in 2011 they returned with Secret Passion, and in 2013 they released the compilation album, Queen of Passion, featuring songs from the previous three albums.

Through the twists and turns, the band is alive and kicking in 2015 as they return with their fourth studio album, Tears of Silence. Released on November 20th in Europe, Michaelsen was joined by Gerry Verstreken on bass, along with Drummer Steve Wolz, while Jan Örkki Yrlund brought his talented guitar to the fold for the recording of the album. Finally, on February 12th, Tears of Silence via Massacre Records received a USA release as a digipak with two bonus tracks for fans to dig into.

Opening the album with keyboard and acoustic guitar intro is “Silence is My Friend,” which soon switches gears and blasts into a classic Symphonic Metal sound. Michealsen’s low vocals defy the normal expectations of this genre of Metal and fuses well with Wolz slamming out the beats on the drums. Yrlund rocks it on guitar, while Verstreken’s steady bass looms in the background. Backed by symphonic elements, this song sets the theme and epic feel of the album. Kicking off with a Folk music flair to set the ambiance, “Crossroads” carries forth the energetic momentum and turns it up a notch. The inclusion of the exotic sounds adds a certain aspect to the sound. The fusion of different styles makes this a song that is both flavorful and memorable.

Moving along, “Broken (When the Silence Cries)” finds Michaelsen’s vocals taking a softer tone, and backed by a choir. Here, Wolz and Verstreken keep up the steady rhythm while Yrlund’s guitar steps up and sets the tone. Keyboards and other symphonic elements come to the fore, resulting in a well-composed and passionate song. The next track slows things down and brings the listener down from that energetic high. Then, “Away” begins with a heavy and somber keyboard to Wolz’ steady beat as it sets the sorrowful tone while Michaelsen continues taking her vocals higher up towards a lyrical aspect. The combined melancholy melodies creates a beautiful sound that solidifies the theme of the overall album.

“Friheten Vil Seire” opens with an acoustic guitar that has a constant presence through the track, creating a Folk Metal sound. Here, Michaelsen’s voice takes on a full lyrical quality. With a title that roughly translates to “Freedom Will Conquer,” the song possesses soft Folk music sound mixed with Michaelsen’s voice, creating a hauntingly beautiful and otherworldly atmosphere. “My Screaming Heart” begins the steady ascent from the lows created by the previous tracks. Returning to the energetic Symphonic Metal, Wolz lets loose with the a quick set of beats.

Keeping the album fresh, the music in “Motherlove” starts with a crunchy attitude. Here, the band takes on more of the Metal aspect of Symphonic Metal, while keeping their unique melodies. The momentum keeps building with powerful vocals, a sweeping epic sound, Verstreken’s steady bass, and Wolz’ rapid-fire drums, backed by Yrlund’s talented display of guitar skills. Thereafter, “The Vikingsong” opens with the sound of a ship in water. The music starts off with airy Folk music before taking momentum into overdrive with a Symphonic Folk Metal sound. Dynamic and vibrant, this track will get the blood pumping as the wind instruments provide an element that hearkens back to another time. With the ending sound of a ship in water, one is left with the imagery of a waterborne journey coming to an end as one steps foot into a different place.

Featuring a serious, yet defiant tone, “Spirit Chase (Keep Fighting)” is backed by symphonic vocals, taking on an operatic quality that is in contrast to Michaelsen’s lower and aggressive tone. The keyboards and guitar adds further weight to the contrasting sounds. The crescendo features a full-on symphonic sound adding to the epic feel of the album. Michaelsen’s vocals then take on a pained quality on the song “Innocent Child,” creating a gut-wrenching sense of loss and sorrow. There is an overtone of pain and anguish in the music, containing an undercurrent of anger seeking to rise through the drums.

Lightening the mood up is “Wings of Hope,” however, the lyrics create a sense of longing. Here, Michaelsen explores the lyrical and operatic aspects of her vocal range while the composition features beautiful melodies backed by Yrlund’s guitar, and finishes with rich keyboard sound. Coming on with a more Rock feeling, “We’ll Be Free” transcends into a more familiar Metal sound as Michaelsen maintains a soft vocal throughout. Then the album concludes with “Broken Hearts” as Michaelsen’s voice venturs further up the soprano range as she is backed by a piano. A somber ballad, it sets a despondent and anguished tone, and is a epic way to end Tears of Silence.

Overall, Imperia’s Tears of Silence is beautiful, from the cover art, to the multi-genre music. The technical skills displayed by Yrlund, Verstreken, and Wolz is evident in this album, while Michaelsen showcases her broad vocal range. With thirteen tracks of over an hour, Imperia’s latest album is a testament to the band’s unique style and is one worth checking out. CrypticRock gives Imperia’s Tears of Silence 4 out of 5 stars. 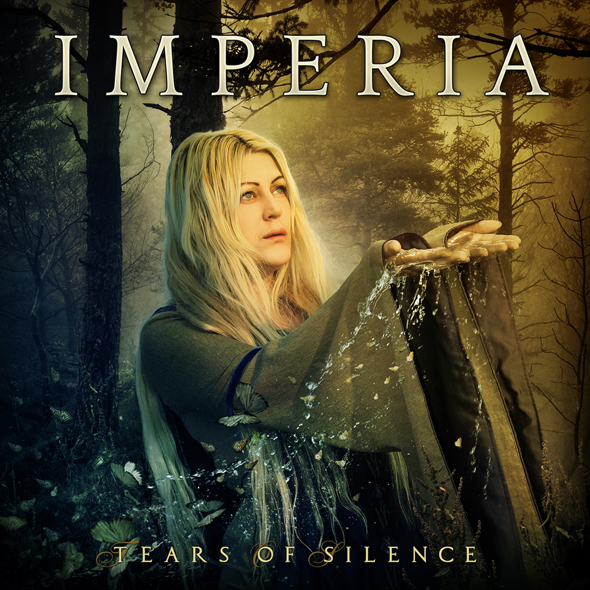