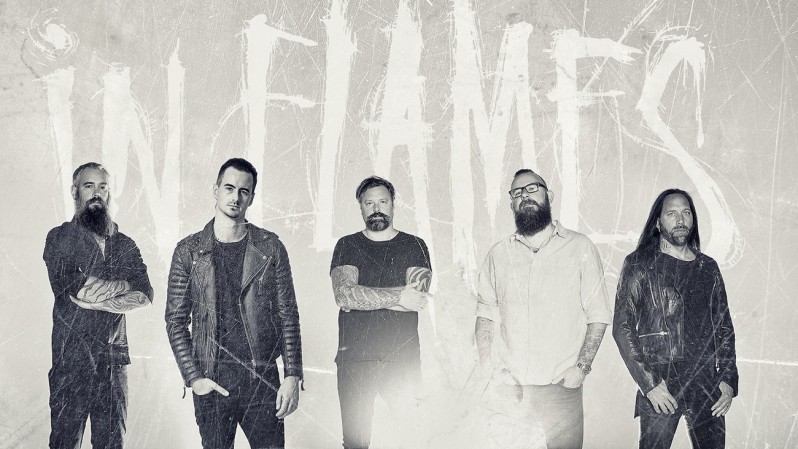 It is always difficult to find the right introduction of one of Gothenburg, Sweden’s finest Metal bands, In Flames. Fans of the early days are still waiting for a new album that goes back to the roots of the early ’90s of the band. That in mind, upon the first announcement of twelfth, full-length album, Battles, hopes were high it would differ from the 2014 output, Siren Charms, and its excursion to Alternative Metal waters.

In fact, Battles, released on November 11th via Nuclear Blast in Europe and Eleven Seven Music in the USA, is a completely different sound for the band. For lovers of the old Melodic Death sound, the tooth is immediately extracted when they have the idea, Battles could reflect the intransigence of albums like 2008’s A Sense Of Purpose or 2011’s Sounds Of A Playground Fading, ignoring Siren Charms, paired with the unique and typical In Flames melodies. Even when the band states, Battles is the attempt to be an album for any type of In Flames fan, it heralds again a new era.

With some alterations, like the ex-Red Drummer Joe Rickard replacing long-time member Daniel Svensson and production from the Grammy nominated Howard Benson, Battles was recorded within a house out in Los Angeles, California where the band stayed through the whole process, eating and sleeping nothing but the album. Along with regular cast members, Vocalist Anders Fridén, Guitarists Björn Gelotte and Niclas Engelin, as well as Bassist Peter Iwers, Battles launches with “Drained,” a cut that would have fit really well on the Sounds Of A Playground Fading era. With an atmospheric intro and alike verses, sharp riffing and the typical Friden shouting, the song peaks in an equally singalong chorus, which should be in everybody’s ears from the first listening. With the following, already by video known as “The End,” In Flames present the second helping of the same kind, with the second song of an album generally a single release. Extraordinary, it presents a children’s choir, which is applied here and there on others pieces throughout Battles.

On “Like Sand,” the speed is restricted, and it is one of the songs in which one can recognize the transformation to the new In Flames the best way. The track sounds very modern, even if Friden growls in some parts. Then, “The Truth” follows this line with electronic loops and double leads of the divine guitar duo of Gelotte and Egelin. In spite of the heavy riffing, In Flames really manage to bring all their old and new trademarks together as they crown the song with a chorus dominated by a children’s choir. In addition, the official video to this track is also worth seeing with its futuristic, but contemporary, story.

The fact that on former In Flames albums, only several potential single hits arose from the track listings, on Battles, there is an accumulated string of potential pearls. For example, “Before I Fall” follows the same recipe as mentioned before. Thereafter, “Through My Eyes” is a neck-breaker which old fans wished for. Furthermore, the title-track, “Battles,” again shows the new face of In Flames with its whole chorus, which is almost too sickly-sweet, but gets the bend by the surrounded Gelotte/Engelin riffing. Also, “Here Until Forever” is dominated by calm tunes and a several voices sung chorus, which otherwise can be found alike in 30 Seconds To Mars songs for example.

Amidst all this, the most extraordinary track comes with “Wallflower,“ an epic and depressed monster that creeps with dark harmonies for more than two and a half minutes. This is before Friden and a hellish grooving instrumentation carry the song to some kind of end of time monster, that bursts out like lava to the valley. Finally, the last track, “Save Me,” offers finally everything the modern In Flames follower is waiting for and comes out as the perfect last dance for Battles.

With Battles, In Flames enter new terrain without denying their trademarks and bringing the past and present to an almost perfect composition. The twelve tracks have a lot more intensity than on the precursor, Siren Charms, and proof that Gothenburg never stops to develop their sound to perfection. In parts, In Flames is harder than in years, only in another way. The contemporary production and artwork make Battles an all-around carefree package for every Modern Rock fan. There is no accommodation to pass In Flames in the year of 2016, and it is definitely one of the albums of the year. CrypticRock gives Battles 5 out of 5 stars. 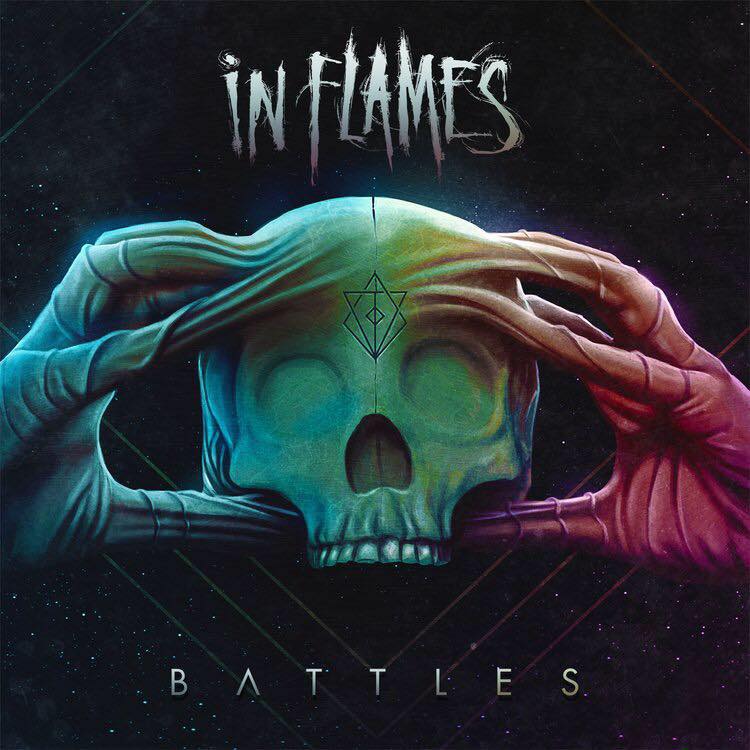