A young man is working the late shift at a convenience store on a nameless urban street. It is predictably on the lonely side, with little business to handle aside from one of the few late night denizens of the area or the occasional random straggler. Suddenly, amid the mundane normalcy of the night, a stranger enters the store. Though not the type to set off an immediate red flag of danger, there is something a little odd about The Stranger. He is visibly nervous as he and the clerk make the usual small talk. Before the young man can fully assess him, a detective pounds on the door demanding to be buzzed in. Before the clerk buzzes the detective in, The Stranger moves into desperate action and quickly ducks behind the counter next to the clerk and tells him not to give him away. Through a quick series of events, the clerk ends up having good reason to question if either of the men in the store with him are who they say they are; and will have to make a potentially life changing decision based on one thing – who can you trust? 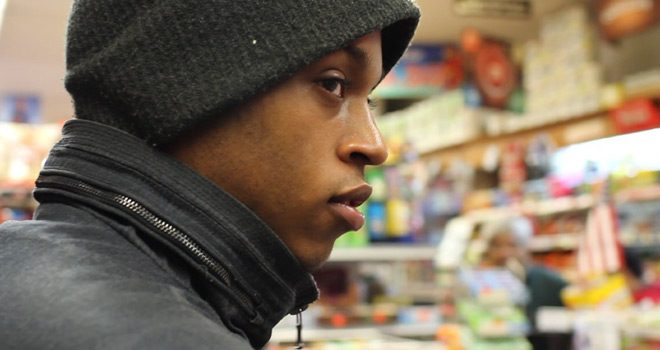 This is the question at the heart of the tension-filled short from Openin’ Doors Productions, Inconvenient. Written by Douglas Russo (100 Proof 2010) in his first directorial effort, Inconvenient packs a high level of pressure into 11-minutes, and effectively places the viewer firmly in the spot of the clerk, Anton, played by Dwayne Daniels II, who does a commendable job conveying the confused, nervous state he has been suddenly placed in.

The Stranger and The Detective – played by Milan Selmek (Life in Pictures 2015) and Tommy Harkness (100 Proof 2010, Desdemona 2014) respectively – are both effective in bringing the right levels of tension when needed. The Detective is an intense and focused man, clearly in the midst of serious business, and has the authoritative presence one would think of a cop but also has an element of uncertainty to him. Similarly, The Stranger seems likely to be what he is at first; a nervous, unpredictable, and possibly dangerous man but not entirely without believability to his story. All of this is clear to the viewers, as is the fact that it will only take a single spark for this entire situation to blow up and the only person we know is innocent is caught in the middle.

Viewers would be mistaken to think of this short as a commentary on community-police relations. What it is really about is something that a lot of people feel like they are struggling with in this age of information – trust. Trust is an interesting thing; it is highly valuable but so easily misplaced. Sometimes the consequences of that misplacement amount to nothing, but other times it can mean putting everything on the line. 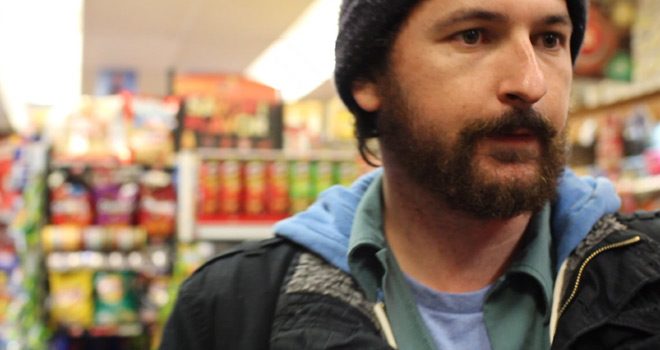 Anton is placed into a situation where the more rapid-fire information he acquires, the more unclear things become and so does the idea of who or what is right. Russo makes the right decision to not have a clear antagonist for this story, only a single protagonist who is clearly out of his element, not knowing anything about criminal life or police work. Anton knows exactly as much as the viewers do at all times, and that’s why Inconvenient succeeds in making him a relatable character and avoiding any pretense of preachiness.

Inconvenient is a solid short that asks a few relatable questions wrapped in an exciting premise. It has a script and performances that turn up the tension at the right times, and builds to an ending that will no doubt have viewers gripping the edge of their seats. Short films are all about maximizing your minutes and Inconvenient does just that. That is why CrypticRock gives Inconvenient  4 out of 5 stars. 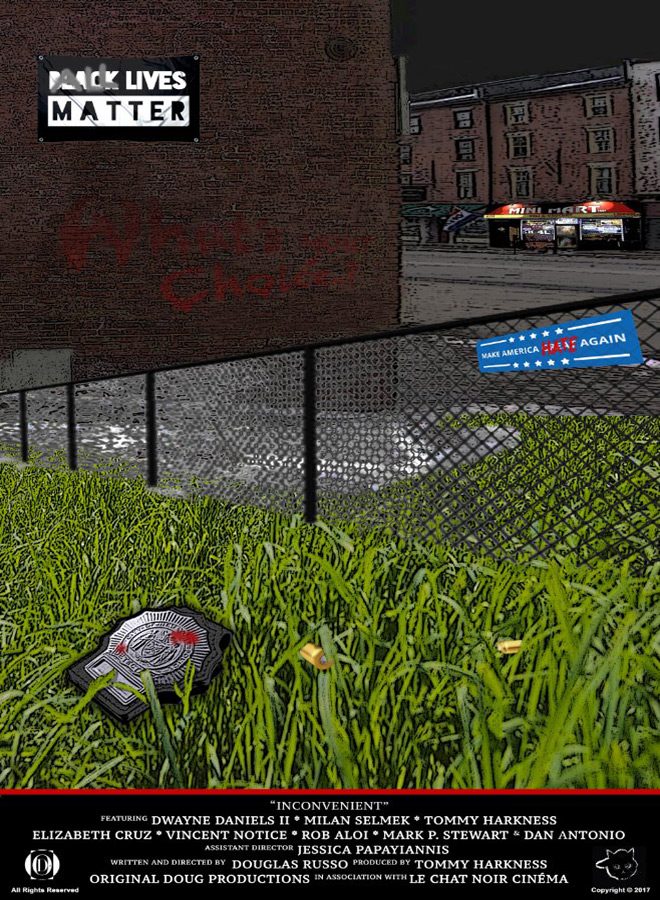