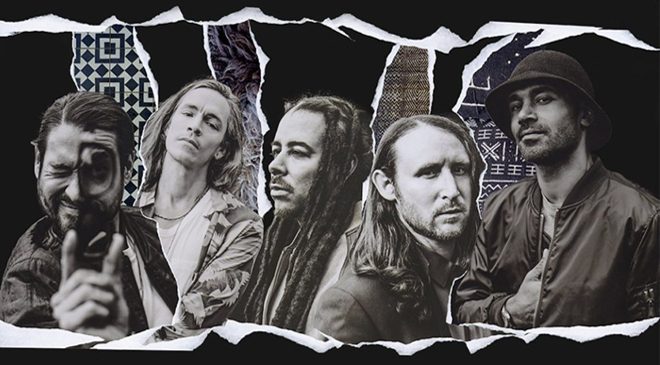 With age comes wisdom, experience, and reflection. After more than two decades of infusing various influences into their style and soundscape, California Alternative Rock outfit Incubus continue to evolve with their most recent release, 8. It has been six years since Incubus released a full-length studio album and, after a much needed hiatus, the band reconvened and went back into the studio of friend Hans Zimmer and enlisted EDM DJ and producer Skrillex to co-produce and mix the album. The heightened production level is evident in the amplified nature of various tracks on the album and it seems like a good fit for a band that always looks to experiment with their sound.

Incubus charges into the opening track, “No Fun,” a high-energy, full-throttle tune that is instantly catchy and, well, fun. Accompanied by gritty and grungy guitar riffs, vocalist Brandon Boyd sings of realization as he proclaims, “I feel like I’m always the last to know/ The king of the dunces and the idiot/ But where is the bliss in all this ignorance?/ Oh just show me a new constellation.” As the song progresses into an ambient dream-like state with Boyd singing of breaking the spell, it is clear we are in for an enjoyable ride. “No Fun” is the perfect way to begin a string of tracks that showcase the band’s focus and ease in producing infectious and radio friendly tunes.

Next up, the band’s debut single, “Nimble Bastard,” continues to bring a high level of energy and further exhibits the Skrillex effect in its production. Guitarist Mike Einziger drives the tempo with a scratchy guitar riff before the song builds into a full on attack. Boyd’s vocals are both seductive and soaring as the song speaks of resiliency and prevailing against the odds.

After the bombast and electricity of the first two tracks, Incubus slows things down with the mid-tempo “State of the Art.” Boyd’s voice captivates over a more gentle chorus and overall subdued and melodic track. The acoustic guitar strums as Boyd sings, “Look at you, you’re falling apart/ Built to spill, you’re state of the art/ Now look at you, well look at you now.” The song fits more into the Pop structure of the band’s repertoire and provides a welcome ebb to the flow of the more powerful tracks.

The title of the next track might be misleading. “Glitterbomb” sounds like it should be a simple fun track, but the juxtaposition of the musical content and the title works well. The song is an emotional Rock track that gets introspective and a bit darker as Boyd laments, “Feels familiar/ When the knife gets buried into my beating heart/ Then I come to/ Bloody, bruised, and cursing my own naiveté.” The torment in the lyrics and Boyd’s vocals is also mimicked in the surge of percussion and the rise of intensity of the guitar near the end of the song.

As we reach the halfway point, “Undefeated” changes the mood slightly. It is an inspirational anthem that is sure to find itself on TV and film and possibly even in a sports package with a sweeping bridge and powerful lyrics like, “We’re undefeated, bent but not broken.” The song is poetic and empowering and stands out as one of the more memorable tracks. “Loneliest” takes a turn into a more atmospheric tone. It’s a Downtempo track akin to the styling of acts like Massive Attack. Boyd’s vocals, along with the instrumentation, are slow and sultry feeding into the more laid-back, ambient nature of the song. It stands out as hypnotic and seductive, creating a distinct vibe.

Incubus takes a left turn with “When I Became a Man,” which seems like a silly track thrown in for fun. Along with the humorous tune, Incubus also includes an instrumental track that allows the band to simply explore. It seems to suit the album a bit more than “Familiar Faces,” which feels like it could have planted itself comfortably on a previous Incubus album. The song starts out with a beachy, California vibe and, with its catchy melody, fits in as Pop-Rock addition. There’s nothing about it that makes it distinctive, but it doesn’t detract either. It’s simply enjoyable.

“Love in a Time of Surveillance,” on the other hand, arrives in full ’90s force, charging up with its AOL login, before crashing into your face with an explosive intro. There is a moment of ’90s grunge before the song slithers into a sexy and somewhat sinister rhythm. Finally, there’s closing track “Throw Out the Map,” which is the perfect ending for 8. Lyrically, the song speaks of transition and growth as Boyd declares, “I need to shed my skin” and later asks, “Where do we go from here?” No regrets/no rules is the natural progression for these veterans of Alt-Rock; Incubus continues to experiment and grow as they continue their musical odyssey. CrypticRock gives 8  4 out of 5 stars. 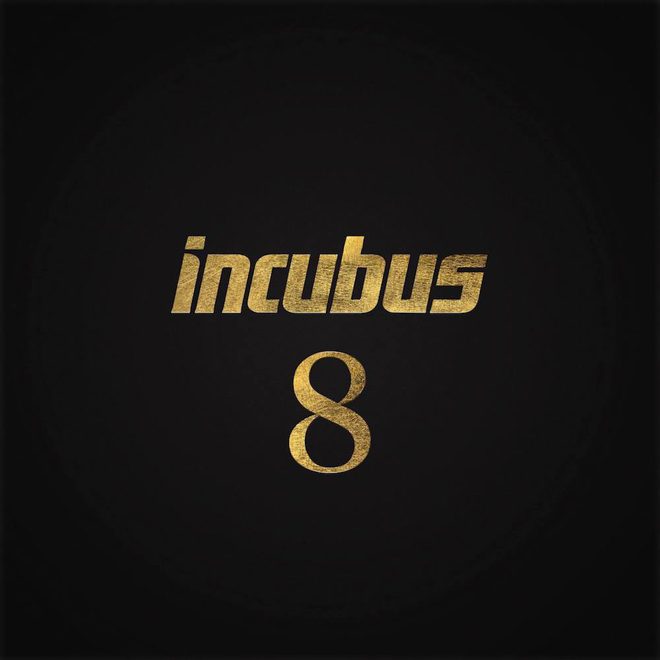