Among the folds of Horror movies using the Found Footage technique comes new release Infernal by Uncork’d Entertainment on April 10, 2015. Written and directed by Bryan Coyne (The Human Race 2013, Utero 2015), the events in Infernal cover the time span of nine years. With elements of films such as Sinister (2012) and the Paranormal Activity series, from a Lost Footage point of view, Infernal focuses on the lives of Nathan, aka Nate (Andy Ostroff: The Hub 2014, The Dotcoms 2014), and Sophia (Heather Adair) when they are in the twenties. They are close to moving into a house that Nate designed and built, and Sophia finds she is pregnant. As Sophia is Catholic, they decide to get married sooner than planned. Nate’s best friend, Stan (Jose Rosete: Dead End 2015, Dead Bullet 2015), films the wedding and interviews some of their family and friends. Nate and Sophia are deliriously happen and the world is their oyster. 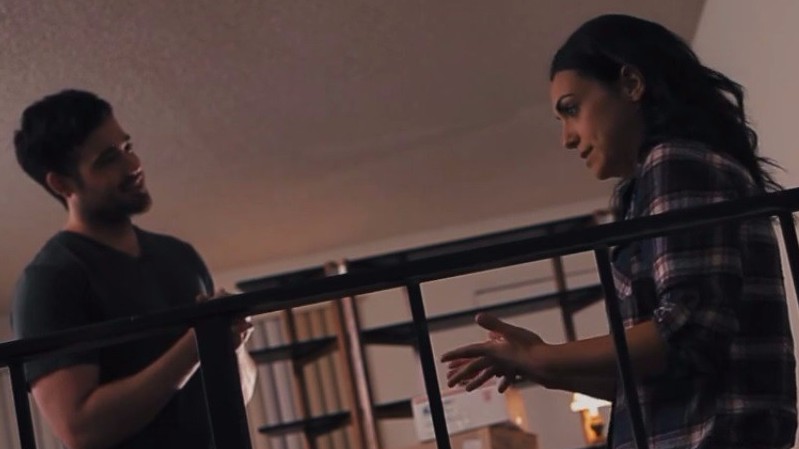 Fast forward several months and Nate and Sophia welcome the birth of their first and only child, Imogene (Alyssa Koerner: Tears of a Clown 2013, Portend 2015). The story fast forwards again to eight years later when Imogene is going to attend her first birthday party for Stan and his wife Carol’s (Noelle Bruno: Indiana Jones and the Kingdom of the Crystal Skull 2008, Ice Dreams 2009) daughter. On the way there, it becomes obvious that there is something different about Imogene. She is obsessed with her hair and combing it, she does not engage in conversation, and seems different and aloof. Stan and other guests at the party, which Nate films, make note of Imogene’s oddness, even suggesting she is weird. After the birthday party, their lives begin to make a dramatic and unforeseeable turn. 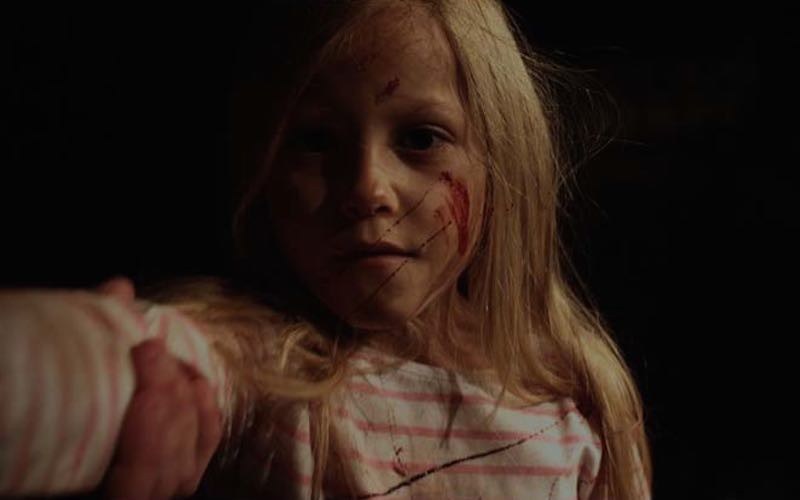 Imogene, Nate, and Sophia are under the psychiatric care of Doctor Ann (Lisagaye Tomlinson: Scorpion 2015, Kroll Show 2015), who has previously diagnosed Imogene as Autistic. Sophia accepts the diagnosis, but Nate does not. Either way, it is obvious to them and others that Imogene is not like other children. Occasionally, she interacts with Nate, but even he cannot stop her being fixated on her hair like its her life force. Imogene’s strange behaviour escalates, including sleep walking to the point the doctor suggests filming her to see if they can understand how her mind works or if there is a pattern. Filming moments with Imogene was something Nate did anyway. He purchases extra cameras along the way and most of their daily lives are recorded, including as they sleep. Watching the footage sometime later, Nate un-expectantly discovers that there could be something all together other worldly about his daughters episodes. Initially this falls on deaf ears with Sophia not wanting to watch the footage, and it does not help when Nate films over the tapes of their wedding, Imogene’s birth and her first birthday. As their stress levels rise, Sophia and Nate’s marriage suffers, as do their relationships with their friends and relatives who become concerned for their welfare.

During this time, Sophia brings Imogene to visit her mother, Mary (Elizabeth Stahl: Sun Flower 2012, Chance of a Lifetime 2015), who becomes convinced there is something evil around Imogene. Concerned for their spiritual well being, Mary brings Father Samuels (John Zion) to the home, which drives a bigger wedge between Nate and Sophia. After speaking with Imogene for several minutes, the Priest is equally convinced there is a darkness around Imogene. This just creates more confusion and upheaval between Nate and Sophia. Living on a razor’s edge takes its toll on Imogene’s parents, and they pull Imogene out of school and take matters into their own hands. Day by day, and night by night, their lives are turned upside down until one night the truth about what is behind Imogene’s crazy behavior reveals itself in spectacular fashion.

With demonic, creepy voices cackling in the background, excellent special effect,s and action packed, with plenty of creep factor, Infernal is a treat to watch. A sound solid plot surrounds the gritty cinematography by Zach Voytas (Grandada 2014, 30 Days with My Brother 2015), which when combined creates an intense viewing experience. Infernal is well-acted with realistic dialogue and emotions leading to a spectacular conclusion. The open ending hints of a possible sequel, which is one to watch out for. There is plenty of tension, blood, and gore for most Horror fans. CrypticRock gives Infernal 5 out of 5 stars. 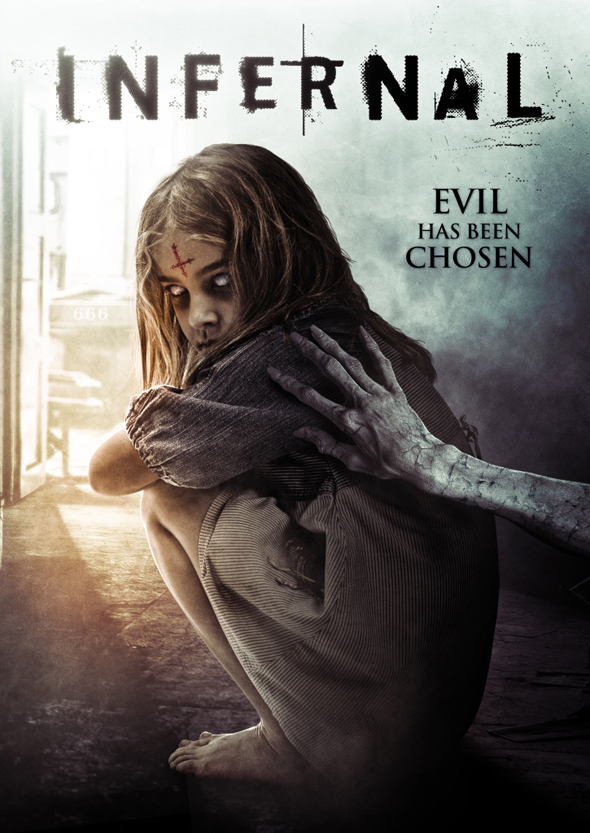 Purchase Infernal on DVD on Amazon