Would you rather kill half of the human race right now, saving future generations of humans, or would you rather wait until every single person dies in the future? That is one hell of a tough question, right? It is the question that sets up Director Ron Howard’s new film Inferno.

Released on October 28, 2016 via Columbia Pictures, back with Howard is Tom Hanks (Forest Gump 1994, Cast Away 2000) reprising his role of Robert Langdon for the finale of Writer Dan Brown’s epic, Di Vinci Code trilogy. Also joining the cast is Felicity Jones (Like Crazy 2011, Rogue One: A Star Wars Story 2016), as Sienna Brooks, and Ben Foster (The Program 2015, Warcraft: The Beginning 2016) as the antagonist, Bertrand Zobrist. 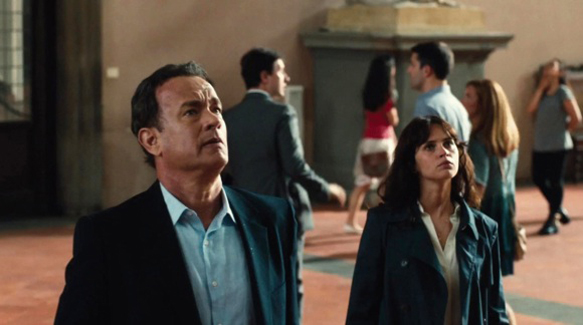 As crazy as the aforementioned question is, it is actually very topical. The human race is growing at an alarming rate and that spells big trouble for everyone down the road. Inferno tries to drive the fear into the audience in the first couple of minutes, thus making it one compelling film to dig into.

Opening with Robert Langdon walking through Hell, it is actually an uncharacteristically scary sequence, which will make one question what movie they are watching. From there, it cuts to Zobrist giving a lecture about the alarming rate that humans are growing, and why something needs to happen before there is a greater and deadlier resolution.

He decides that he will take matters into his own hands, and creates a virus that will kill half of the Earth’s human population in a matter of weeks. After that, Langdon is shown in a hospital as he awakens from a concussion, it is there where an assassin is sent to kill him, which kick-starts the entire film. 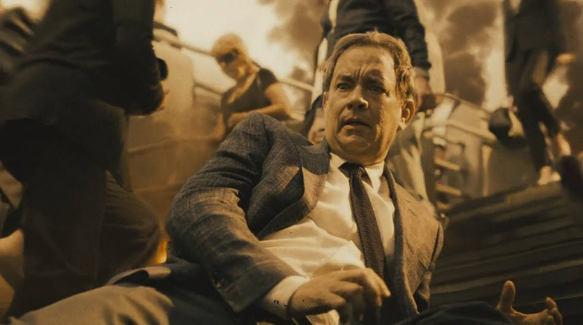 From here, Sienna saves Langdon and takes him to her apartment where they can collect their thoughts as he tries to regain his memory lost by the concussion. Langdon has a piece of the puzzle towards finding out where Zobrist hid his bomb. It is there where Langdon and Brooks race against time and various agencies to find and disarm the bomb all over Europe. Will they be too late?

Overall, Inferno does a great job keeping viewers attention until the end of the second act. There are so many characters thrown the audience’s way, most will not know who to trust. Thus, in this effect, the film does a sensational job of filling everyone with the dread of not being able to trust anyone. Keeping the mystique level high, along with keeping the audience at the edge of their seat, there are twists and turns that make the film entertaining until the final moment. 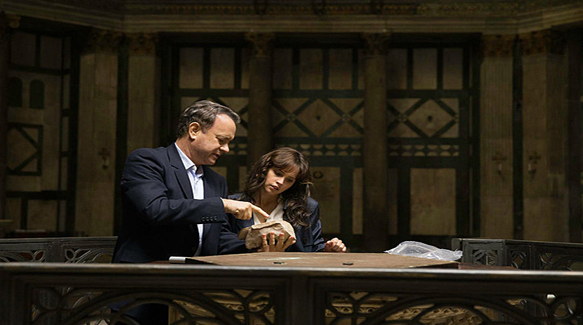 Although, where Inferno fails is getting the message across. One of those films that had a message, it puts that message front and center in numerous occasions to make its point. Although, while the rapid expansion of the human race is very real and very scary, it does not seem that real or that scary in the film itself.

By the end of Inferno, chances are most will be emotionally drained. That is a credit to Howard and all the actors involved, because they did an exceptional job. That said, no one wants to leave a movie theater thinking about how incredibly screwed they are as a species. Doomed and gloomed, still well-worth watching, CrypticRock gives Inferno 3.5 out of 5 stars. 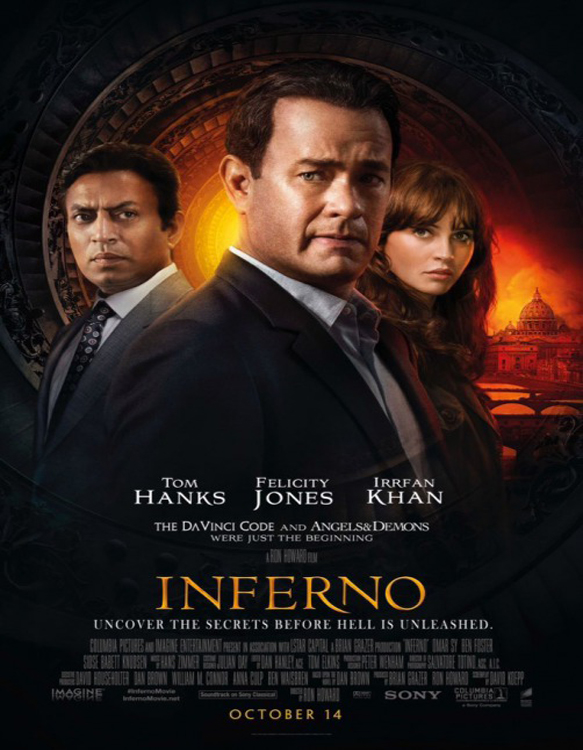