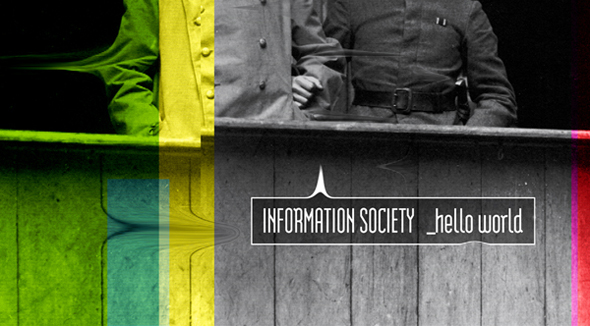 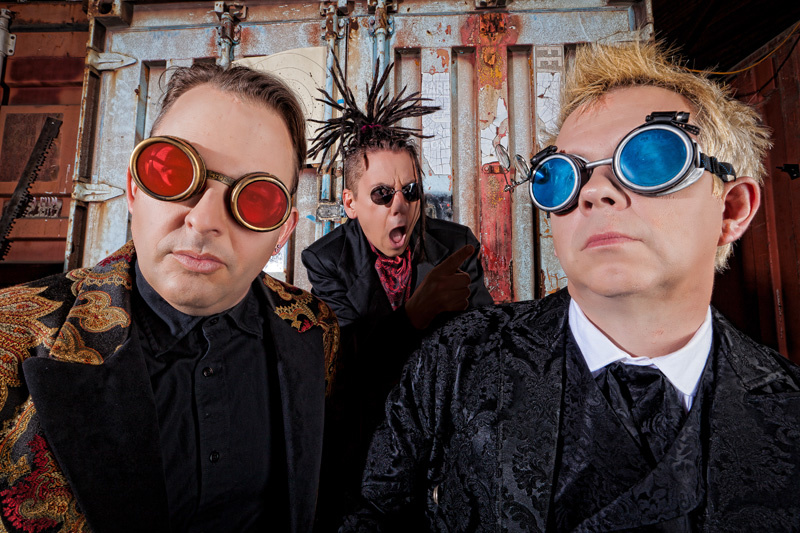 The musical landscape during the 1980s was particularly lush and auspicious.  Punk Rock developed into a phenomenon, House music was founded in Chicago, and the golden age of Hip-Hop was welcomed into the world.  Two of the most aesthetically potent occurrences of the decade were Synthpop and New Wave.  Attached at the flamboyantly garbed hip, New York and England had scenes wherein the two genres became nearly synonymous.  Beneath the upper crust of legendary names like Talking Heads, New Order, The Police, and Gary Numan, there lay buried a laundry list of excellent acts.  Minneapolis bore one such act — Information Society.  The forward-thinking Minnesotan quartet broke into the mainstream with the Freestyle hit “What’s on Your Mind (Pure Energy)” from their 1988 self-titled debut album.  “What’s on Your Mind” was stylistically congruous with the other chart-topping singles in the late ‘80s, yet with each subsequent release, Information Society altered their sound.  In their 1997 release Don’t Be Afraid, for example, they incorporated harsher sounds commonly found in Industrial Rock of the day.  The following full-length Synthesizer released in 2007 further showcased the depths Information Society would go to experiment with their sound.  In typical Information Society tradition, they waited seven years to release another full-length. Two-Thousand-Fourteen was that year, and the album was entitled _hello world.

Electronic music in the mainstream had seen many changes since 2007’s release of Synthesizer.  The Dubstep hype had come and gone, the so-called EDM genre was on its downswing, and Trap-influenced Hip-Hop made its presence known as well.  Perhaps most crucially for Information Society, Synthpop had long been deemed old hat by critics amateur and professional alike, and, if anything, had been replaced by Electropop.  Not ignorant to this fact, Information Society again reinvented themselves, integrating elements of Electropop, Dubstep, and Electro-Industrial.  To the relief of longtime Information Society fans, their Synthpop sound had not completely been abandoned.  “Jonestown” and the lead-off single “Land of the Blind,” for example, reestablish their devotion to their ideals.  _hello world is a fantastic illustration of music director and keyboardist Paul Robb’s competency as a songwriter.  It takes days to pry the hooks and catchy choruses of “Get Back” and “Above and Below” from one’s grey matter.  One of the most marked features of this album is Information Society’s unapologetic tendency to deliver some serious left-hooks.  “Dancing with Strangers” is a Middle Eastern-flavored Pop jammer, while “Creatures of Light and Darkness” would not be ill fit in the rotation of a house DJ accustomed to playing Calvin Harris or Avicii.  Even this does not speak to the weirdness present on the molly-popping Techno track “Beautiful World” that reaches near Happy Hardcore levels of vigor and enthusiasm.

Information Society has shown time and time again that they are fully capable of rewriting their style enough to adapt to the times, yet remain true to themselves and the expression they are interested in communicating.  Although this is a far cry from 1988’s Information Society, one would be hard-pressed to claim that the group has sold-out.  They sound as fresh and relevant as ever on this exceptional Electronic release. CrypticRock gives _hello world 4 out of 5 stars. 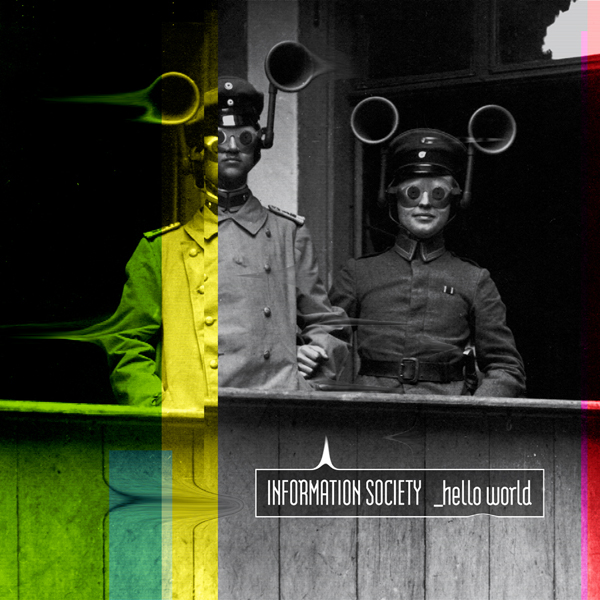