Get ready to live life on horrifying repeat within the deadly halls of Bay General Hospital, trapped inside the newest Horror offering Inoperable, which arrives on DVD, as well as VOD and Digital HD platforms, on Tuesday, February 6, 2018, thanks to Zorya Films and ITN Distribution. 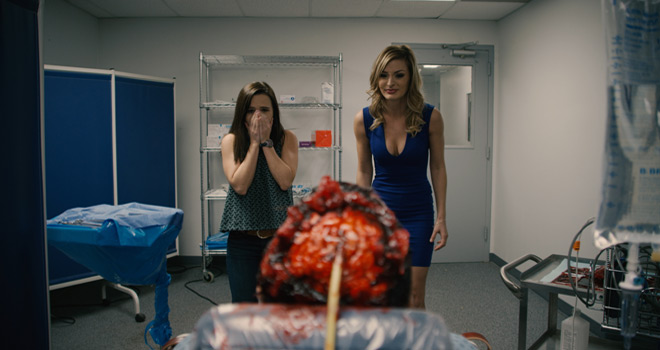 With a T-Rex level hurricane quickly approaching Central Florida, the highways have turned to parking lots. Stuck in this mess inside her gorgeous, vintage white Stingray, Amy Barrett (Danielle Harris: Halloween 4: The Return of Michael Myers 1988, Hatchet III 2011) sees the world fade to black before she awakens inside the walls of Bay General Hospital.

The apparent victim of a storm-forged car crash, Amy wanders the halls of the hospital and quickly realizes that, with Hurricane Sybil upon the facility, nearly everyone has been evacuated to safer ground. In fact, the Emergency Alert System blares through abandoned television sets, warning all to take cover as Amy tries to gain her bearings.

It is not long before she passes out, discovers herself inside her car and then quickly reawakens back inside the hospital. Horribly confused, Amy wanders the hallways yet again, this time encountering a Sheriff’s Deputy named Ryan (Jeff Denton: Buffy the Vampire Slayer series, Frankenstein Reborn 2005) and Jen (Katie Keene: Union Furnace 2015, ClownTown 2016), a woman who has been taken into protective custody after witnessing a crime. These two new faces will quickly provide comrades-in-arms for Amy, along with offering up a possible explanation for their situation: the hurricane has wreaked havoc with the quantum particle generator, a secret government experimentation lab at the nearby Fort Miller.

With the timeline altered and the three trapped inside a horrifying, repeating cycle, Amy will have to discover the secret to escaping before she dies inside of these walls. The catch? If you die inside Bay General, you are doomed to a life of horror set to repeat without possible escape! Clocking in at 85 minutes in-length, Inoperable was directed by Christopher Lawrence Chapman (Morgan Pickett’s Charge short 2015, The Accident 2017), and written by Chapman and Jeff Miller (Hellblock 13 1999, ClownTown 2016). The film also stars Crystal Cordero (City of Mermaids short 2015, Phone short 2017) as Ophelia. 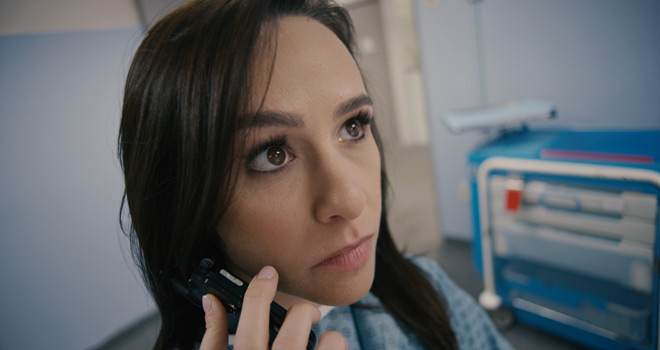 While Inoperable is billed as a Horror film, it is really more of a Thriller that decidedly lacks in thrills or chills and just does a lot of, well, repeating; kind of like 1993’s Groundhog Day on crack. Poor Danielle Harris seems to be the sole purpose for this film with a pitiful plot. In fact, while Harris is a solid actress with already proven skills, her role here is so pathetic as to leave her literally running in circles inside a flimsy hospital setting. There is not much that Harris can really do given her circumstances: perpetually jogging through the same hallways, frantically searching for a way out while dodging crazy orderlies and murderous scalpels.

Inoperable is mired by a zillion problems, including, perhaps most importantly, it is utterly boring and derivative plot. There is no introduction into the film whatsoever, and viewers are left to run in circles with poor Harris as she searches for meaning in this crazy world. The issues here range far and wide, from unrealistic hospital rooms to unrealistic hospital procedures (who does surgery with the door wide open?), to two women supposedly running for their lives but pausing to discuss makeup and modeling.

Even the explanation for this bizarre space-time continuum issue is a flimsy dip into Quantum Physics, at best. As if to prove that little attention to detail was given, there is even a scene where Amy and Jen discover the world’s largest ventilation grate and remove it without ever having to unscrew anything – the screws have all been previously, magically removed. 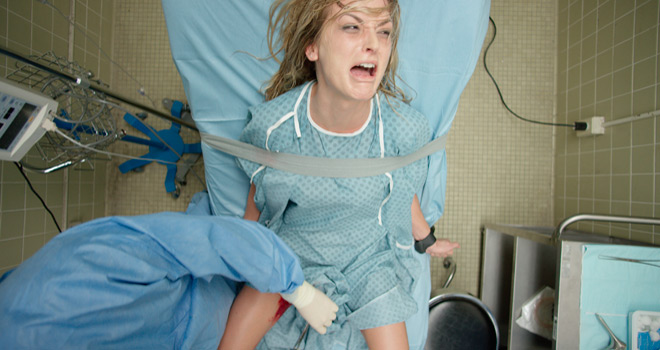 Given an exciting and unique plot, viewers would easily be willing to overlook these silly little details, instead happily willing to focus on the big picture. Unfortunately for Inoperable, there is no big picture: there is a hell of a lot of running around, plenty of bloody organs, and a couple crocodile tears here and there for dramatic effect. Even worse, just when you think the entire ordeal has finally come to an end, it drags on for another 15 minutes, making a kind of twist ending that, by the time it rolls around, the viewer no longer cares and just wants the entire affair to end. For these reasons, CrypticRock give Inoperable 2.5 of 5 stars. 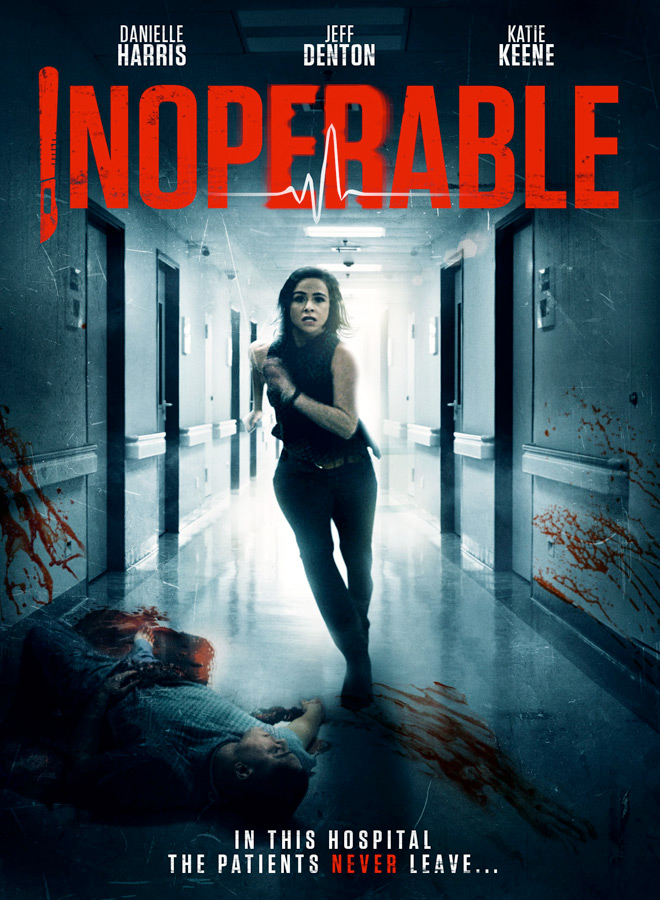