Insidious: Chapter 3 is the most recent installment of the highly successful Paranormal/Horror movie Insidious franchise. While the first two films followed each other chronologically, Insidious: Chapter 3 is a prequel that gives viewers an inside look into how everything started prior to the Lambert Family Haunting. Insidious: Chapter 3 was written and directed by Leigh Whannell, who was also responsible for the writing of 2011’s Insidious and 2013’s Insidious: Chapter 2. Marking his first time directing a film, Whannell is a man of many talents who has also played the paranormal investigator character “Specs” in all three movies. Whannell also wrote other fan favorites such as 2004’s Saw, 2005’s Saw II, 2006’s Saw III, 2007’s Dead Silence and the highly anticipated Cooties in September of this year. 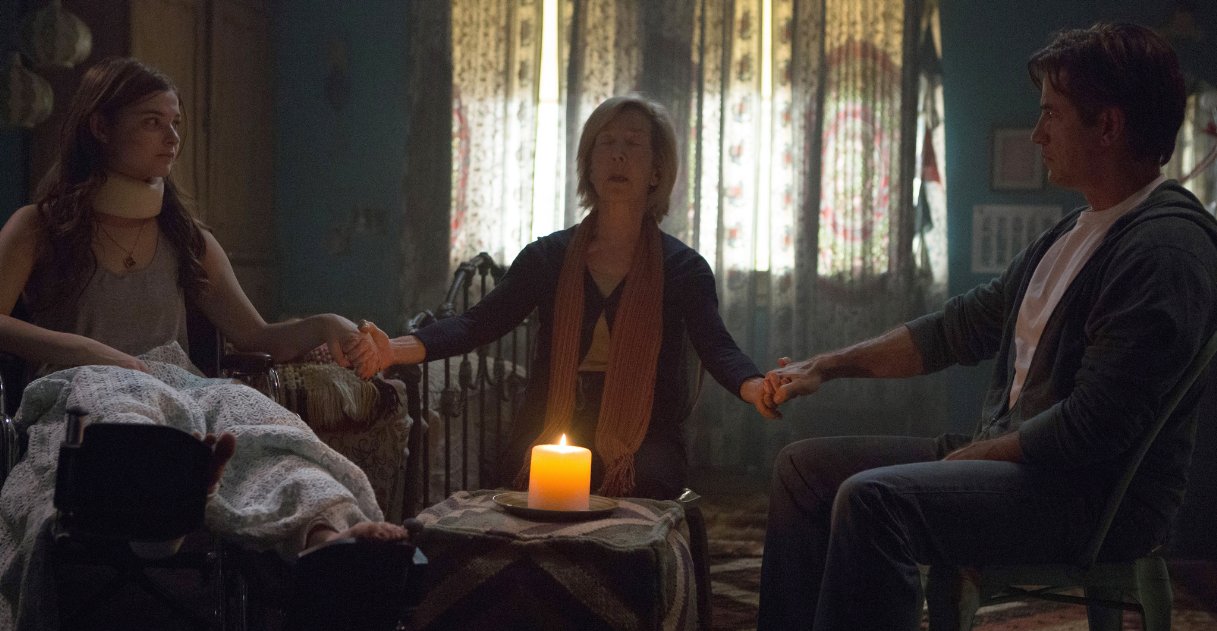 Adding to the excitement of the latest Insidious chapter, released June 5th via Focus Features, the amazingly talented and lovable Lin Shaye (Insidious series, There’s Something About Mary 1998) returns as Elise Rainier. Thankfully for fans, Shaye has been a staple character throughout the series, thus making for an additional drawing card. The film also stars accomplished and charming actor Dermot Mulroney (My Best Friend’s Wedding 1997, Zodiac 2007) alongside newcomer actress Stefanie Scott in her first motion picture film role as Quinn Brenner. Much talked about by fans, the film has grossed over 104 million dollars, and some may consider it the most compelling story in the series.

The story follows a young woman named Quinn Brenner (played by Stefanie Scott) who decides to search for a psychic that a friend recommended. The psychic is none other then Elise Rainier. Quinn contacts Elise so she can assist her in contacting her recently deceased mother, Lily. Elise is reluctant at first as she decided to no longer use her abilities to contact the deceased, but she decides to help Quinn as she can see how desperate the girl has become. When Elise attempts to contact Quinn’s mother, we find that the reason she is unable to focus is because of the “old woman in the black dress.” This is the same entity who has been trying to harm Elise throughout the entire Insidious series. Elise warns Quinn that when you call out to the dead, they all can hear you. She urges her not to try to contact her mother on her own again. 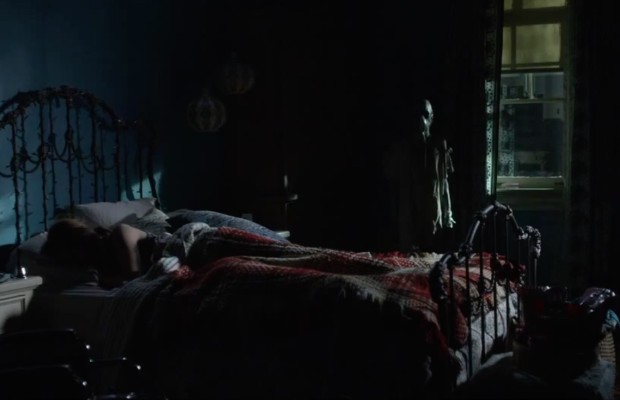 Quinn cannot help herself and still calls out for her mother, but this time, someone else is listening. Quinn begins to see an old man waving at her in various places. After she attends an audition in the city for a school, she sees this same man waving at her down the street. She stares at him while standing in the street and that is when she is hit by a car. Quinn is severely injured in the accident and briefly dies, but she is resuscitated by doctors. After this traumatic event she begins hearing things and seeing this same entity who is an older man with a breathing mask. Things take a turn for the worse when this creature begins to physically harm Quinn. Quinn seems to become very weak, confused, and appears to be slipping away. Her dad Sean (played by Dermot Mulroney) tries to convince Elise to come help his daughter, but Elise is too scared to. At this time we find out why the woman in black has been after her for so long. Elise tried to contact her husband who committed suicide a year earlier. When she went to the other side, the woman in black threatened that she would eventually find and kill Elise.

After Elise declines to help them, Quinn’s younger brother Alex (played by Tate Berney) tells their dad about a team of paranormal investigators that he has seen online. Sean contacts them for help. This is where we are introduced to Specs (played by Leigh Whannell) and Tucker (played by Angus Sampson). Once they see the severity of Quinn’s possession – we find out that the two are just con-artists and have no real paranormal gifts. They are completely terrified and decide to leave when Elise comes back to help. She insists that they stay as she needs the technology that they have brought with them. They begin a séance in order for Elise to get to the other side and help save Quinn. Upon arriving, Elise notices that the entity has taken control over Quinn’s entire soul. Elise returns to the living world to tell the others that only Quinn can do this. She must battle the demon on her own and they cannot help her. Elise tries to aid Quinn by reading her diary where she finds a note from her deceased mother Lily. As she reads the letter, her mother’s soul appears and is able to find the demon. Lily is the one who ensures that Quinn’s soul is set free. The movie ends with Elise, Specs, and Tucker deciding to start their own business – this is where the next journey begins. 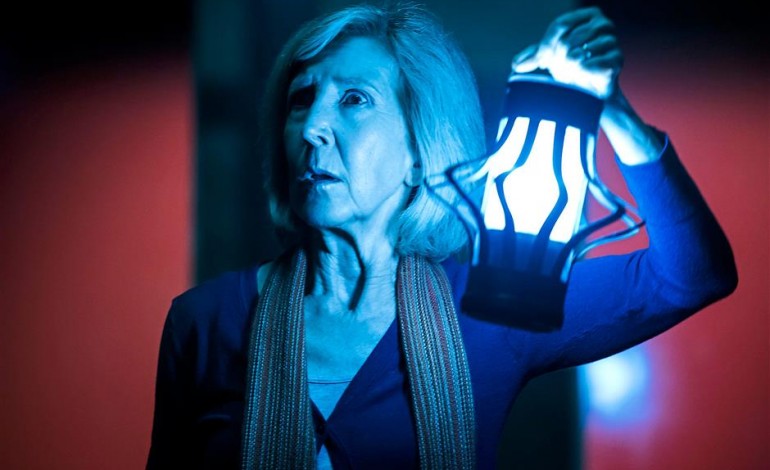 The Insidious series always seems to entertain with its creative paranormal vantage point. Insidious: Chapter 3 continues that style, but with a new story that takes the audience back to the beginning. Most of all, the newest film allows Elise Rainiers’ character to shine bright, and Shaye does an outstanding job of bringing her to life. Viewers can be certain that the chapters of Insidious will continue to bring solid storylines with Insidious: Chapter 4 already in the works. CrypticRock gives Insidious: Chapter  3, 3.5 out of 5 stars. 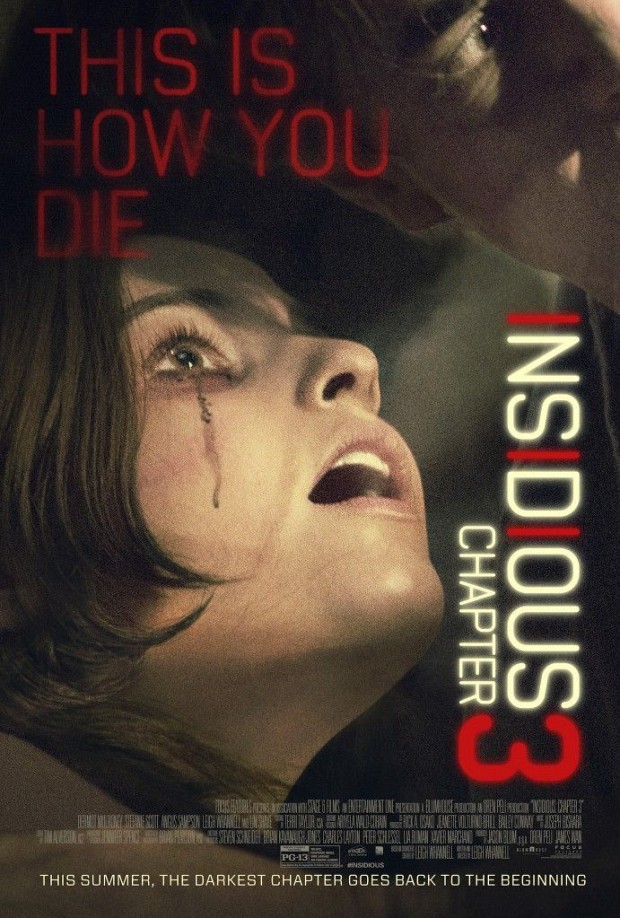