The Insidious franchise returns with its fourth installment, The Last Key, on Friday, January 5, 2018 and is possibly the scariest movie of the bunch thus far. A proud Blumhouse Production, the chronology of the films can be a bit confusing, but this is the second chronological film and a direct sequel to 2015’s Insidious: Chapter 3. The Last Key further establishes Lin Shaye’s character Elise Rainier as the central protagonist, and chronicles the very personal job she took on right before the events of the first film, 2010’s Insidious. Revisiting her painful past is not something she wants to do, but must if she hopes to put her deepest fears to rest. 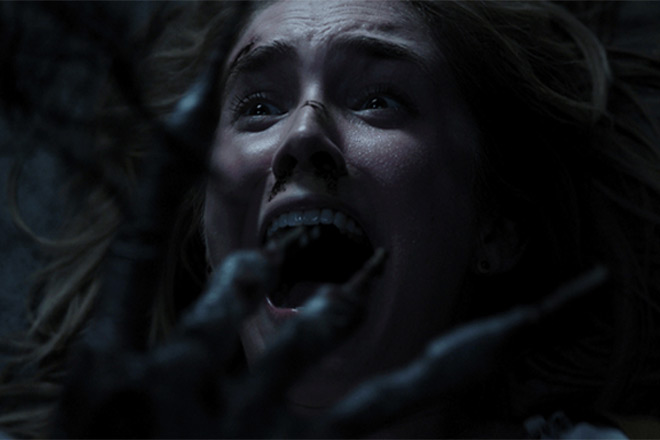 The film starts out with Elise as a young girl in the 1950s, struggling with her ability as a natural medium for spirits and demons. She lives with her mother, brother, and abusive father, who is vehemently against Elise talking about or otherwise acknowledging her ability. Elise did not choose to be what she is, and her childhood is filled with awful memories of her father and her struggle to develop her own identity because of the abuse. Elise’s mother is much more sympathetic to her, and it is because of her that Elise does not repress her gift.

One day, Elise follows her instincts to her basement, where a child’s voice calls from a locked door behind a wall. This door is metaphysical, leading to the spirit realm known as The Further, and only someone like Elise can open it. However, the voice behind is really a malevolent demon known as the Keyface, who get its name from its ability to use its fingers as keys for a number of metaphysical effects such as silencing prey and imprisoning their spirits.

She runs away from home at 16, leaving her brother with her monster of a father, a decision whose effects will play a key role in the movie. After receiving a call for help from the man who now occupies her childhood home, Elise reluctantly agrees to take the job and meets her long lost brother and his two daughters in their hometown. Along for the ride again are her two associates, Tucker and Specs, who both have more dialogue in this installment and are much improved because of it. The three of them, along with her nieces, must confront Keyface and free those trapped by his evil, as well as purge the demons that have long haunted Elise herself. 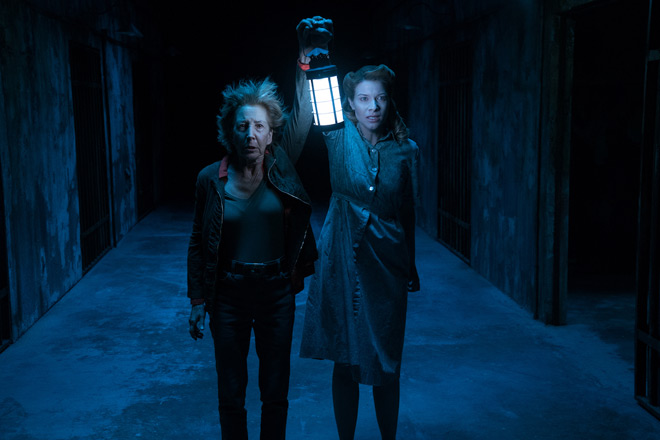 Insidious: The Last Key boasts a good amount of scares that are not limited to cheap jumps. Director Adam Robitel (Paranormal Activity: The Ghost Dimension 2015, The Maze 2018) and Writer Leigh Whannell (Saw 2004, The Mule 2014) do an excellent job of building tension throughout the film, and the atmosphere of Elise’s childhood home and in The Further is rife with danger. Robitel is a great fit since Whannell abdicated the director’s seat from Chapter 3, and proves more than capable of delivering everything the audience expects. The effects and overall production are very good, with Keyface especially leaving his mark on the franchise. Whannell’s script is more emotionally charged than those of many Horror stories as always, and the exploration of family trauma serves the story well, with a good balance of relatable inner demons and frightening fantasy evil that never feels forced.

The film is anchored by Lin Shaye (There’s Something About Mary 1998, Detroit Rock City 1999), who gives an excellent performance as Elise, who we can safely call a beloved hero in modern Horror at this point. Her role was increased in Chapter 3, but here she is the true focus and it is one of the best decisions the creators have made. Fans have known Elise for three films now, and this was the perfect time to explore her past and bring her character full circle. Shaye is a character actor who has been around a long time, but she really shines in the protagonist role in this installment. Elise is a great character that we can’t imagine being brought to life by anyone but her. 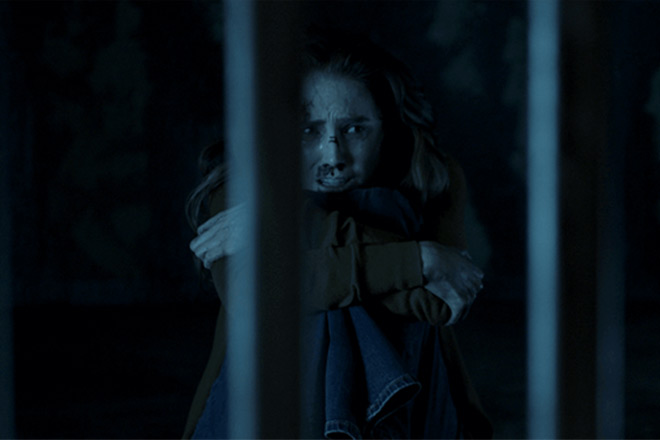 The supporting cast is also excellent, with Angus Sampson (Fargo series, Mad Max: Fury Road 2015) and Whannell reprising their roles as Tucker and Specs. Sampson is a very talented guy as seen in his diverse resume, and he and Whannell have genuinely funny moments here. Giving them both more dialogue was a great idea and they have good chemistry with the rest. Newcomers Caitlin Gerard (The Social Network 2010, Magic Mike 2012) and Spencer Locke (Resident Evil: Extinction 2007, Tarzan 2013) are delightful as Elise’s nieces Imogen and Melissa and fit right in. Kirk Acevedo (Oz series, Band of Brothers series), who is great at playing unhinged characters, puts in good work once again as Ted Garza, the troubled new owner of Elise’s childhood home.

It is unknown if there will be any future installments of Insidious, but if this is the last one, it goes out perfectly by completing Elise’s character arc. Whannell created a memorable franchise and it was perhaps a mistake to kill Elise in the first movie because this series still has plenty of gas in the tank after four films. The Last Key is a solid Horror film and might be the best in the series. Assuming this is the franchise farewell, Insidious: The Last Key ensures that it goes out on top. For these reasons, CrypticRock gives Insidious: The Last Key 4 out of 5 stars. 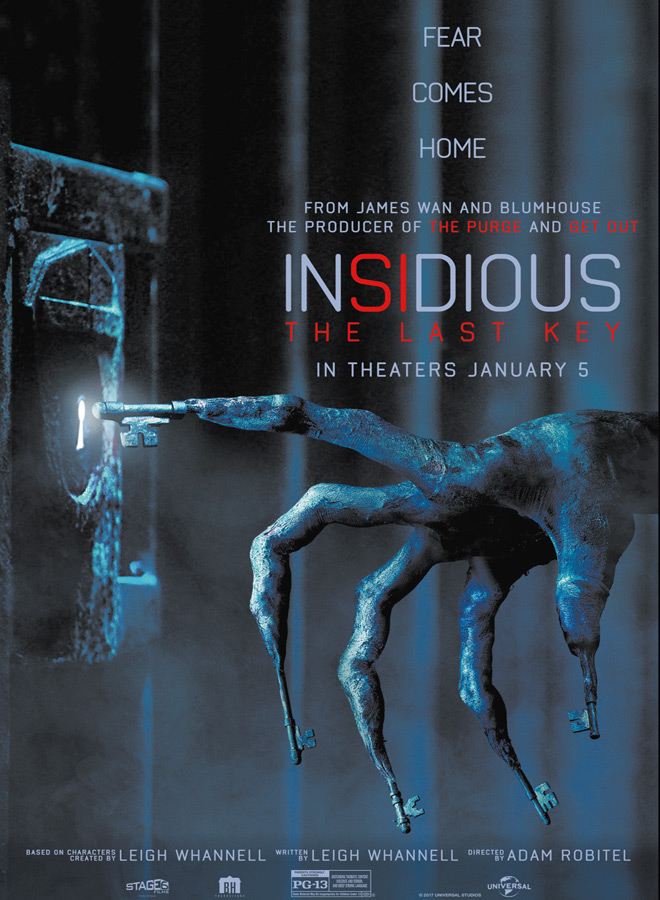