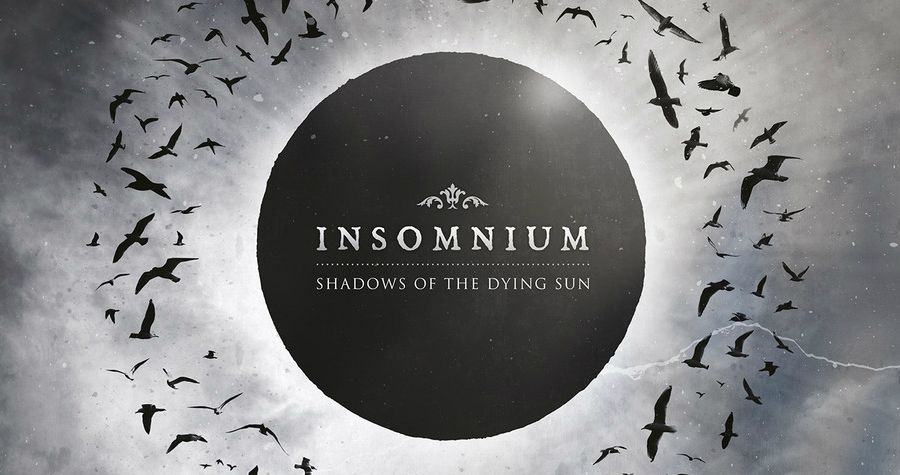 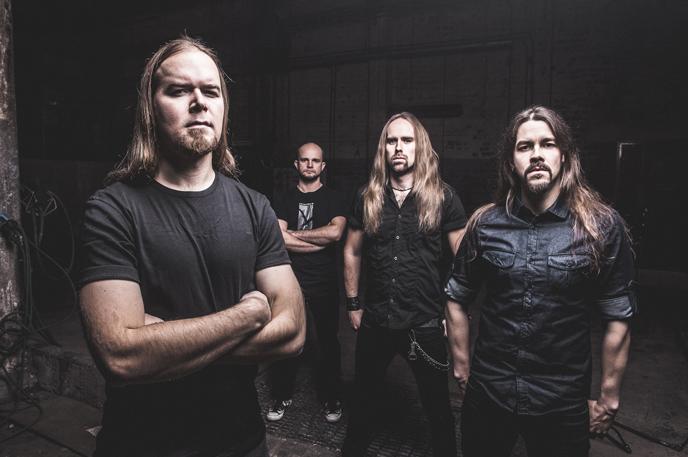 Finland’s Insomnium has been carving their name in stone as leaders in melodic death metal since their formation in 1997.  Founded by Niilo Sevänen when only seventeen years of age, he asked his two metal loving friends Ville Friman and Markus Hirvonen if they wanted to start a band with him. Inspired by another Finnish metal band, Amorphis, Insomnium gives a unique spice to their music; mixing nuances of old Finnish folklore with metal. Dedicated to their craft, the band has released a progression of albums beginning with their debut In The Halls Of Awaiting (2002).  After the release of their 2011 album One for Sorrow was released, long-time guitarist Ville Vänni left the band for personal reasons.  Replacing Vänni with Omnium Gatherum’s guitarist Markus Vanhala, the band releases their sixth studio album Shadows of the Dying Sun via Century Media Records.  Shadows of the Dying Sun is stated to be inspired by long Finnish winter nights, sorrow, and melancholy, but Sevänen however says there is an optimistic vibe hidden in the lyrics as well.

The first song, “The Primeval Dark”, begins with a long prelude that actually fits as an intro to the entire album; mystical and dark, but however ongoing and vigorous. “While We Sleep” seems to have a little bit of hope, which brings nice contrast to the song’s general atmosphere.  Duel guitar melodies, which Insomnium have been known for, resonate while a mix of clean and dark vocals complement each other.  On the track “In Revelation”, Hirvonen really shows his talent on drums mixed with a beautiful melancholic guitar melody by Friman.

Intensifying the mood, “Black Heart Rebellion” is epic and an extremely gloomy piece with very heavy attitude.  The song shows the darkest side of the album and is on the edge of black metal coldness with doomish elements which leaves the listener blown away.  On the other side, “Lose To Night” is antithetical to” Black Heart Rebellion”.  The song is the band’s closest form to a ballad while being the softest song on the album.  Smartly placed at the point it is on the album, the chorus is sung soothingly along with some tasteful piano, adding elements of texture and depth.  The song “Collapsing Words” has a memorable guitar melody and stimulating lyrical content which will urge any fan to slide out the insert and read the words carefully.  On this song, it is clear to hear one of Insomnium’s strong influences come from Sweden melodic death legends Dark Tranquillity.

The desperate atmosphere of “The River” is epic with a very heavy sound that subsides with a calm relaxing ending.  The use of acoustic guitars and keyboards paint a landscape of sound which will leave listeners breathless as Sevänen whispers and growls echo with emotion.  Picking up the speed, “Ephemeral” is a faster tempo song which also represents the lighter side of the album with irresistible guitar melodies.   Continuing the evolution of their sound, “The Promethean Song” successfully combines heavy growls with traditional singing and a deeply melancholic melody. The instrumentation creates a soundtrack engaging and inviting until the very last note.  Concluding the journey is the title track, with a surprisingly catchy chorus for a death metal song, bringing the array of despair to a magnificent end.

Shadows of the Dying Sun continues Insomnium into a territory few melodic death metal bands approach.  They combine all the traditional elements which make a quality album in the respected genre, including extreme drumming, fascinating guitar solos, deep growling, and meaningful, cryptic lyrics. While all this is true, they also add a vivid atmosphere of apocalyptic emotions that do not leave the listener feeling depressed, but relieved of deep thoughts of darkness through the music.  Shadows of the Dying Sun needs a few play-throughs to grasp its meaning and should be embraced by new and old fans. CrypticRock gives Shadows of the Dying Sun 4 out of 5 stars. 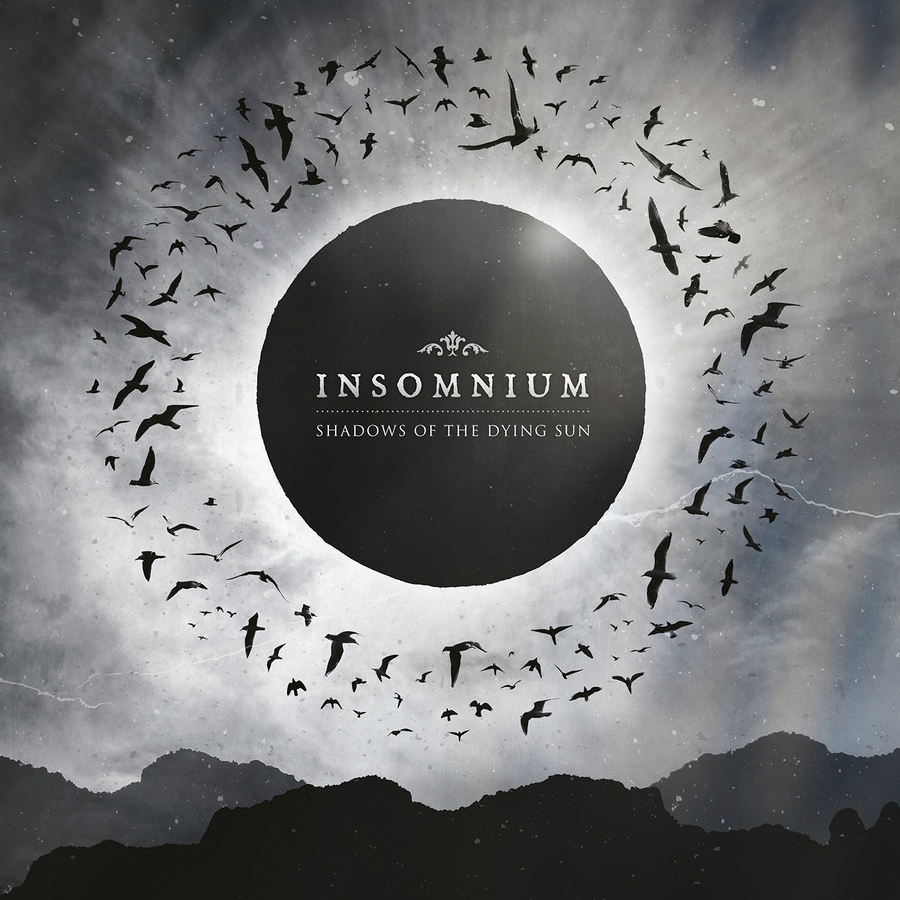