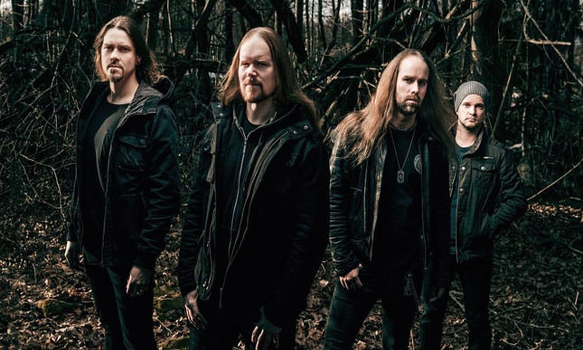 Melodic Death Metal has been a sub-genre that has blossomed as well as flourished throughout the world over the past twenty years. Still spreading its wings over the modern world through countless adaptations, one absolutely inspirational band that specializes in the genre, while adding a flair of Black Metal, a handful of Progressive, as well as a touch of Doom, is Finland’s own Insomnium. With six previous awe-inspiring albums under their belt, their last, 2014’s Shadows of the Dying Sun, saw the band ride forth with vivid atmosphere of apocalyptic emotions. Now two years later, they return with their most sacrificial contribution to Metal with the pure concept album, Winter’s Gate.

Set for release on September 23, 2016 via Century Media, Winter’s Gate begins its journey into the world as a forty minute long album containing one self-titled song. Telling the tale of a group of Vikings who set out to find a fabled island west of Ireland, despite the treacherous winter drawing near, such a simple sounding concept reaches uncharted depths in its genius of song structure. In addition, change overs result in what is comparable to a well written Finnish Opera in the style of Metal. In fact, it is not too from the imagination to think Winter’s Gate could be performed live in its entirety enhanced with visual elements much in the realm that Amon Amarth uses in their live shows with the overdone stage props and costumed battle scenes.

A well-thought out concept, Winter’s Gate actually comes with a booklet that tells the story and also comes in different language translations. A rewarding experiment however can be found in just listening from beginning to end without reading the story first. This tactic can be used so that the music alone engulfs the listener’s’ mind and carries them to their own journey similar to the way the 1984 fantasy film The Neverending Story provides the reader with the unique experience of their own mind created adventure.

The main masterminds behind this album are of course original member Niilo Sevänen on the brutally harsh, yet melodic vocals and bass, Ville Friman and Markus Vanhala on the exquisitely rendered guitar, and Markus Hirvonen on the subtle, as well as brutal drums. The progression takes the listener through deep emotions, and the varied moments and vibes of the instrumentation depicts a very wintery scene that captures the feel of battle, struggle, peace, serenity, afterlife, and determination. That said, there are several major storyline changes around minute fourteen, twenty-four, and thirty-four among other interspersed moments, and while the significance remains at one’s own discretion, the structure is extremely well-planned out. The last ten minutes seem to be the battle intensifying and the climax building to what appears as a joyous and, for the most part, successful end. This is while heavy Blackened and Melodic Death shifts and fades to the cleanliness of pure guitar and piano of the record.

Insomnium is capable of a vast array of musical accomplishments, but this forty minute song may just be their greatest accomplishment yet. Bruce Dickinson and the rest of Iron Maiden achieved a similar feat with the eighteen minute long song “Empire Of The Clouds” on their 2015 album, Book Of Souls. Regardless, forty minutes for one song that completes one entire album really outweighs any previous attempts when finalized at the extent that Insomnium has pushed out there with Winter’s Gate. The quality of the arrangement as a whole pushes Insomnium to the top of the Metal ladder while the sheer beauty and brilliance of Winter’s Gate is impossible to ignore.

All in all, Insomnium has truly outdone themselves in every way, and while this one song album may seem a wild concept to some, it is the perfect masterpiece to others and could be enjoyed in many settings while being turned into many scenarios, never allowing it to go sour or become repetitive. It is a wonder where they will go from here, but one certainty remains, Winter’s Gate may be a tough challenge to top. Based on many factors that all end in just sheer poetic brilliance, CrypticRock gives Insomnium’s Winter’s Gate a flawless 5 out of 5 stars. 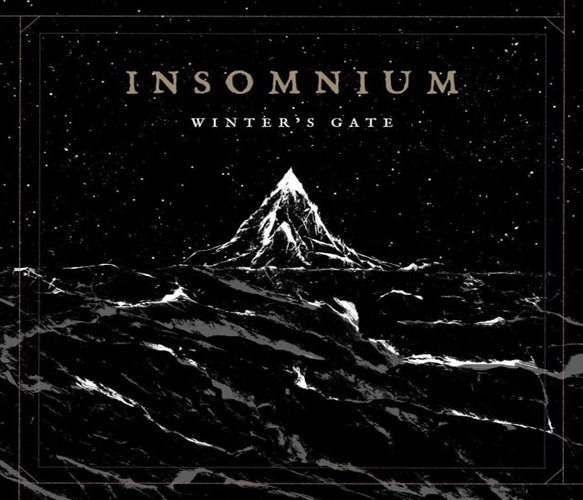