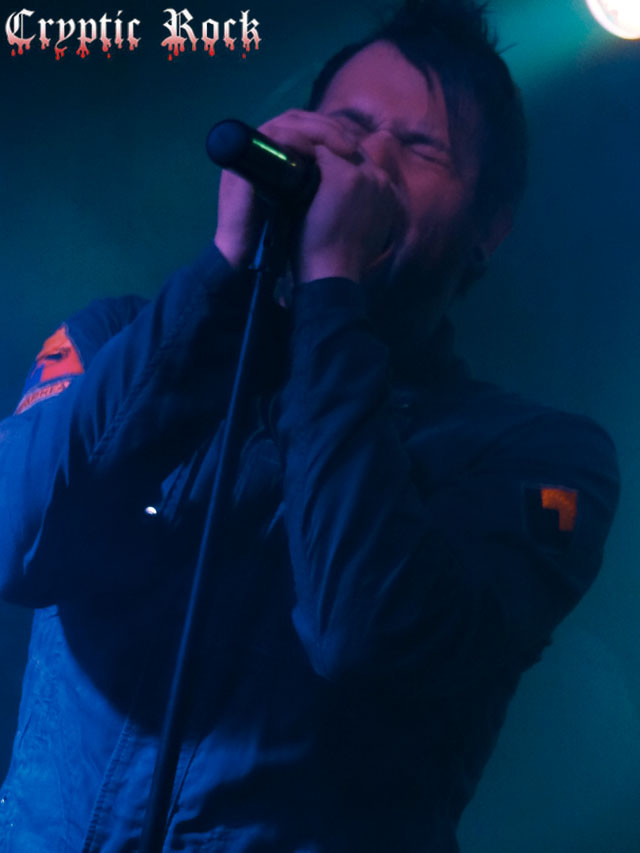 The hard rock genre is saturated with a lot of bands and it is often difficult to distinguish all the bands in the active scene apart. Candlelight Red have managed to make a name for themselves in a short time frame. Releasing their debut album The Wreckage in 2011, Demons EP in 2012 and most recently their sophomore effort Reclamation in 2013. On top of their studio work the band has toured extensively over the past few years and landed themselves a spot of The Uproar Festival in 2012. Not slowing down anytime soon we recently caught up with vocalist Ryan Hoke to talk about the drive of Candlelight Red, their new album Reclamation and much more.

Ryan Hoke- Through the years we all kind of ran into each other and crossed paths. All our bands played together at one time or another. All our previous bands disbanded for whatever reason and we all just kind of found each other. Jeremy actually started the whole thing. He gave me a call and he had his old bass player from his old band Backstreet Law and they needed a singer so I tried out and got the part. Then we started touring around a little bit and our original drummer just didn’t want to tour anymore so we actually had a band opening for us called True Becoming and we liked the drummer a lot so we stole him (laughs).

Crypticrock.com- That’s cool how you guys came together because it’s obviously working. Being involved with other bands in the past, taking your lumps, and gaining experience, what do you think has worked so well for Candlelight Red?

Ryan Hoke- I’m not sure we all have a common goal and good chemistry. We just work well together, especially this actual format we have right now. Jamie Morra wasn’t our original bass player and Brian Dugan wasn’t our original drummer. The first two guys that we had for the record, once we started touring they didn’t like doing it. We got those two guys (Jamie and Brian) and it’s just been great since then, we have good chemistry. We write and work well together, we live well together and we don’t fight. I guess it’s just getting along and knowing how each other work.

Crypticrock.com- Good chemistry and getting along is important for a band and the music. You released your debut album The Wreckage in 2011, than the EP Demons in 2012 and now in 2013 your new album Reclamation. That is very impressive for a relatively new band and a lot of material in a 3 year span. Was it difficult to write so much material in such a short period? 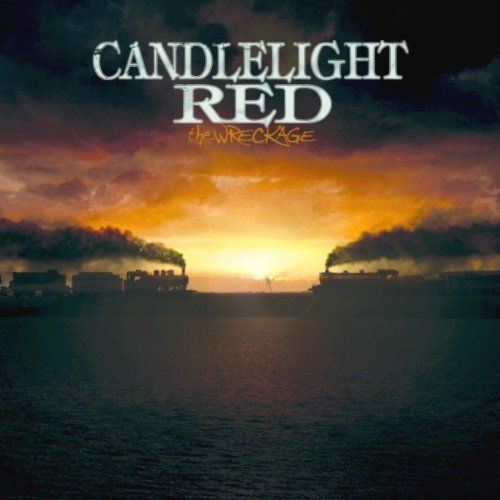 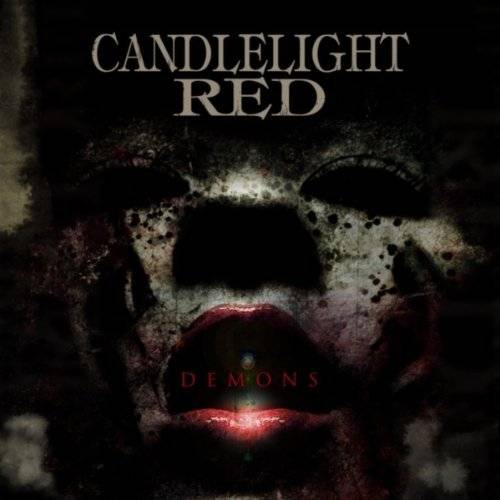 Ryan Hoke- You know I thought it would be a lot hard then it was. We went into the studio for the first time with the Demons EP thinking we were only writing one song. So we booked the studio and we had Morgan Rose (Sevendust drummer) for 5 day and we ended up writing 4 songs in 5 days, that’s written and recorded great songs. We really didn’t allow ourselves a whole lot of time for the full length album either. We tour a lot, as soon as we get done with one tour we are right onto the next tour. So we only had about two weeks going into it to write 9 songs. We had Morgan in studio again and it turned out great, the songs are great. Fairly painless, it was a pleasant surprise.

Crypticrock.com- Now the new album Reclamation came out in June. The album is fantastic and filled with great songs. It seems as if the band has really stepped forward from the debut The Wreckage, also a good album. Did your approach change at all going into the writing of the second album?

Ryan Hoke- The first record we had a lot of pre-production time and we sat in the studio and had a lot of time to go over everything. The new record we didn’t have time to over think everything. Everything was pure and straight from the heart. All the songs were written and then recorded, so there was no in between to get uses to a song or get tired of a new song. All the instruments are played with the excitement of a new song, the vocals were sang the first time that they had ever been sang, and that’s what your listening to. It’s as raw as it gets and I think you can feel the emotion a little better being that raw. 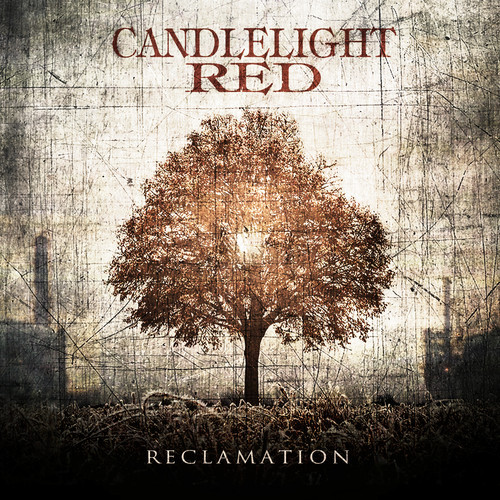 Crypticrock.com- It definitely worked because the album is very good. You are on tour now through the end of July in support of Reclamation. Can fans expect to see more tour dates announced in support of the album in addition to the already scheduled dates?

Ryan Hoke- Absolutely, we are just road warriors man. We hit the road and are stay out forever (laughs). That’s our biggest thing we are a down home band, we are very grass roots. We are going to as many clubs as we can, shake as many people’s hands as we can, and meet as many people as we can. We’re trying to take a real grass roots approach to everything. We’re not all over television, we’re not in your face in that sense, we’d rather literately be in your face. 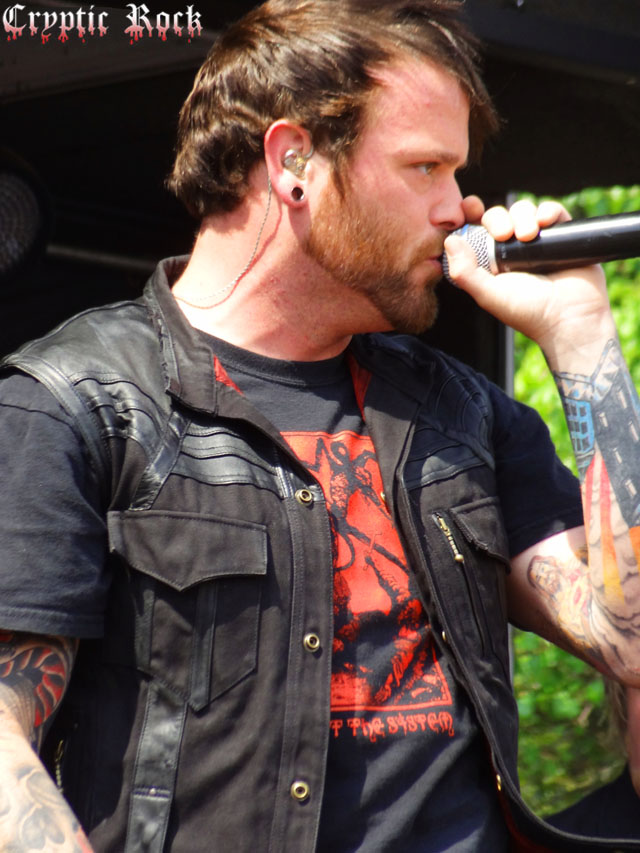 Crypticrock.com- That is the right way to do it. As you were saying you are road warriors You guys have been on countless tours the past few years and landed a spot on the Uproar festival last summer. That is a big festival which reached a broad rock audience. How do you feel it went for the band?

Ryan Hoke- That tour was awesome. It was one of the highlights of our career for sure. I remember when it was bringing announced the excitement the band had. The crowd, the stages, the cities, it was an awesome tour. It was pretty awesome to be on stage everyday with all those great bands like Shinedown, Godsmack, and Staind their all great stage bands. P.O.D., Thousand Foot Krutch, In This Moment, just a ton of great bands. It was just fun to share the experience.

Crypticrock.com- That was a great tour. Now a big tour like that playing among some really big bands like Shinedown, Godsmack, Staind has to be a really exciting experience. What did you take away from Uproar festival experience? And how do you think that helps the band for the future?

Ryan Hoke- We’ve only done a handful of outdoor festivals. I think with this band every single show that we play makes a little more comfortable and a little more seasoned as we move forward. The one thing that I like to hear from people that see the band say is “I think you guys are better now than the last time we saw you”. Something like Uproar you are playing almost every day of the week, we were out for almost 45 days. We’d get up and be on stage at 2:30 PM-3 PM every day. It definitely is a learning experience for yourself to train your body to live on the road, to be up that early, and still perform well. 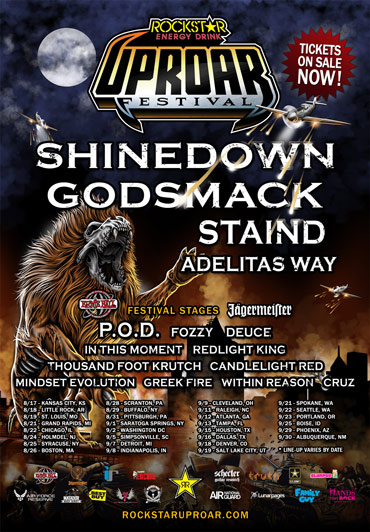 Crypticrock.com- It absolutely is a grind. Being a hard rock band in an over saturated genre Candlelight Red manages to separate themselves from the pack with a dynamic mix of heaviness, melody and a touch of darkness. Tell me how the band has developed their sound?

Ryan Hoke- When all 4 of us came together we just opened up and whatever comes out comes out. We’re not going any particular sound, we’re just letting whatever pours out of us pour out. Especially with the Demons EP and the new record Reclamation. It’s just raw and honest, as real as it gets.

Crypticrock.com- It does sound organic and that’s the way it should be. What are some of your musical influences?

Ryan Hoke- I have a lot of influences. When growing up I wasn’t a typical metal head listening to Metallica, Slayer, and Iron Maiden. I really wasn’t into all those bands growing up. I honestly wasn’t into music all that much growing up, up until 15 years old. I was getting arrested and into shit a lot and my mom said you need to get a hobby, so she bought me a guitar. I had a couple of lessons and the guy who taught me how to play guitar played country music, so I learned country before I started anything else on an instrument. Just playing a guitar really intrigued me, I had no interest in it at all before that whatsoever but it became a passion of mine right then and there. I still find stuff that I like new and old. There is stuff that people can’t believe that I never heard before. It’s really strange, so I am still pretty green and learning a lot. I’ve had about 15 years to catch up and find out what I was missing. I take influence from anything I see that I like about a band, I try to put that in my brain somewhere and see if I can incorporate in my own music later in life.

Crypticrock.com- Everything that we listen to bleeds through somehow in the music. It’s not copying but it’s all influence.

Ryan Hoke- Yea everything has been done already one time or another. It’s up to an artist to find a unique way of taking all that stuff that’s been done for hundreds of years and finding a unique way of making it come out of you.

Crypticrock.com- That is very true. My last question for you is regarding films. Crypticrock.com is a rock/metal and horror news site so we like to focus on all genres. Are you a fan of horror films and if so what are some of your favorite horror films?

Ryan Hoke- I do like horror movies. I am a big zombiephile, I like anything with zombies in it. I remember growing up and one of the first scary movies I ever saw was Friday The 13th. I was probably too young to be watching it, I know I was too young to be watching it (laughs). I remember it scaring the bejesus out of me, it was the scariest stuff I’d ever seen in my life.

Be sure to check out Candlelight Red on facebook.