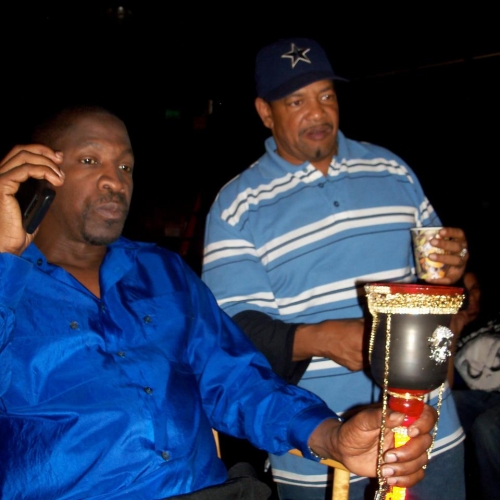 Film making should be fun, experimental, and most of all, fulfilling to the creators. With previous experience working together on other projects, aspiring filmmakers Al Franklin and Pamela J. Richardson joined forces for the new Horror film Teeth and Blood, recently released DVD March 10, 2015. Combining elements of fright, humor, and of course Vampires, the writer/director team put together a Horror film that will remind fans of those from the past years of the genre. Recently we sat down with the enthusiastic tag-team of Franklin and Richardson for a closer look into the making of Teeth and Blood, their plans for the future, and much more.

CrypticRock.com – You both have been involved in writing and directing for the past decade or so. Tell us what inspired you to get involved in film?

Al Franklin – I am from Los Angeles and my mother would take us into Hollywood when we were kids. We would go there on school trips as well, Hollywood was in my system. I did not know I was going to wind up being a director, but my dream did come true.

Pamela J. Richardson – For me, I found out when I was in high school that I liked to direct plays, so I decided to apply to USC School of Cinematic Arts and got it. It has sort of been with me forever that I wanted to do this.

CrypticRock.com – That is great to hear your dreams have both come true. Seeing as you have had experience working together in the past, you recently collaborated for the new Horror film Teeth and Blood. What jump-started this new project?

Pamela J. Richardson – Al had a screenplay, Teeth and Blood, that he had written. He basically came to me asking if I wanted to produce it because we had worked together well in the past. I definitely saw the potential in it, Glenn Plummer was interested in it as well. We just collaborate better to get the project done. 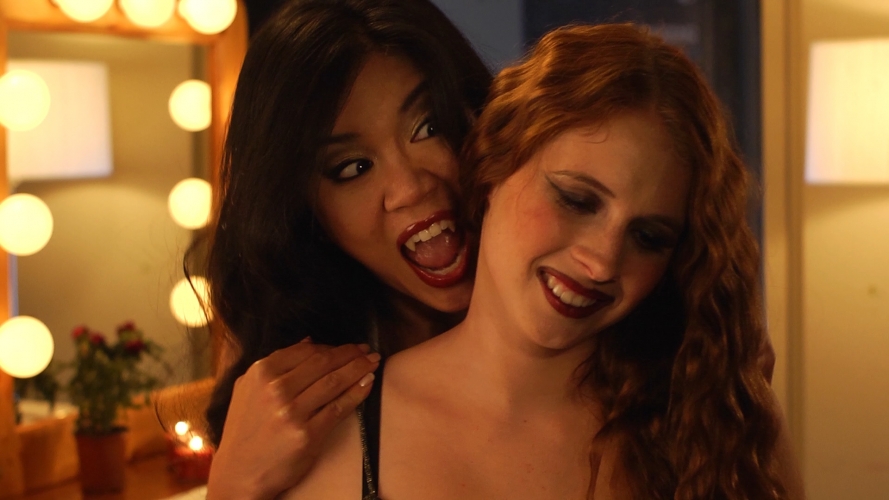 Al Franklin – As Pamela said, we started on this project due to the fact we worked on another project called Hydraulic: A Lowrider Love Story. I really enjoyed working with her. Since I came out of working in the music industry, she spent the time to help me form my skills as a writer, producer, and director. She baby-sitted me through my incubation period to become the director I am now. I give all the credit to Pamela Richardson.

CrypticRock.com – It sounds like you have a wonderful working relationship. This film certainly has a nice blend of comedy as well as elements of a classic ’80s style Vampire film. Was that something you wanted to bring to the audience?

Al Franklin – Yes, we worked together with characters in different projects. We knew who could deliver and then we brought in a few new people. When we wrote it, certain things seemed to stick out. One scene in particular, where a vampire is having an argument with Augustine in his office, he grabs him around his neck and his eyes start blinking and shorting out. That happened on the set, and things like that happen all the time when you are working with clever and talented people. Good things happened all along the project.

Pamela J. Richardson – It definitely intended to be Horror with a comedic edge. We thought, we do not really have a budget for a blockbuster. We took what we knew would work. Even in the most serious movies, you want to have moments of comedy and levity. We thought that would work really well in the Horror genre. We wanted to make a great film with a low budget that masses could relate to. We casted people for roles that were attractive and interesting, but also the best available to us. We incorporated friends, but we did also cast the best actors we could. 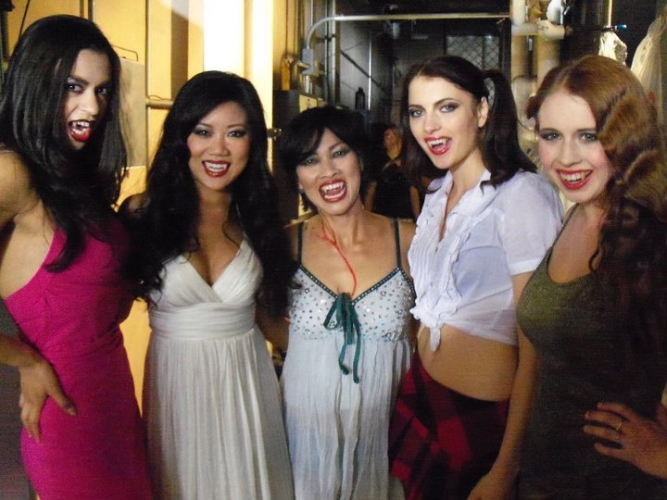 CrypticRock.com – You did a good job with that. It seems nowadays many films in the Horror genre take themselves entirely too seriously. Comedy is essential in Horror.

Al Franklin – I agree. One of the driving points in all my projects is I like to make something my little nephew can watch or my mother can watch. They are not prude or too young. You just do not have to go so far all the time, there is a happy medium. I am looking to make as many people happy as possible.

CrypticRock.com – That is very understandable. The film was recently released on March 10th and stars some accomplished veterans actors like Glenn Plummer and Sean Hutchinson.  Both have long resumes in some great films. What was it like working with them as well as others in the cast?

Pamela J. Richardson – We worked with Glenn and Michael Williams in a short we worked on. As you mentioned, Sean Hutchinson has been around, he was in Jason’s Lyric (1994). We thought he was a really good actor. He is young, attractive, he also has an edge that we feel is very current. It was great working with both of them. Glenn was very helpful. He has been around and worked on a lot of films. He helped some of the younger actors and some of the less experienced.

Al Franklin – Then we had other actors, who may not have resumes as long as those two do, but they are accomplished in their own way. King Kedar was in three Warner Bros projects. Michele Van Der Water started in Single Ladies (TV Series 2012) with Lisa Ray. I would be remise if I did not mentioned Frantz Turner. He is a very underrated serious actor. He has been in Kings and Queens (TV Series 1998 to 2001) and a lot of to big Hollywood television shows. He was so gracious to work with us and the young actors and help train them on the set to help make the scenes better than they would have been. 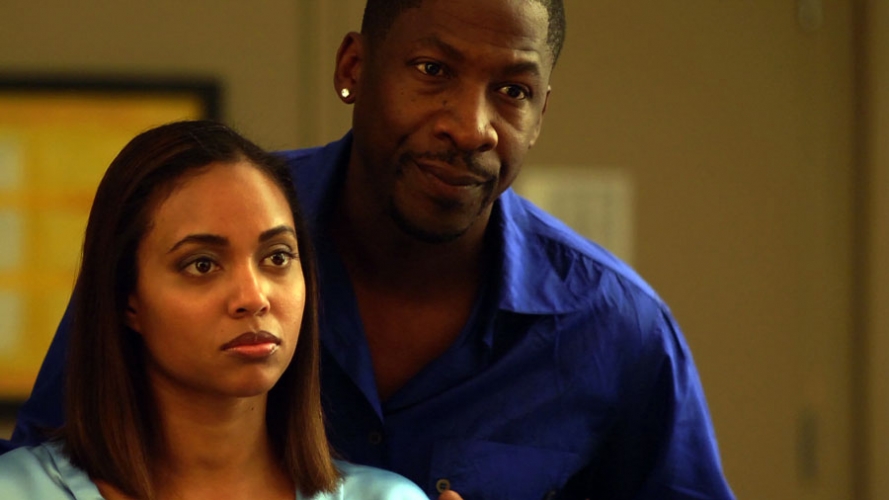 CrypticRock.com – It seems like it was a fantastic working environment. Sean also did much of the original music in the film. Was that something you asked of him or did he offer his music to the film on his own?

Al Franklin – I asked him. I have known Sean since he was a baby. I did all his original music videos. He has a group called Chef Sean and Blaze. I know what he could bring to the table musically. He wrote all the music for the songs performed. The score itself was done by Steve Hoffman. Sean worked with him with placement and arrangement. Sean also wrote and performed the “Teeth and Blood” song and video. 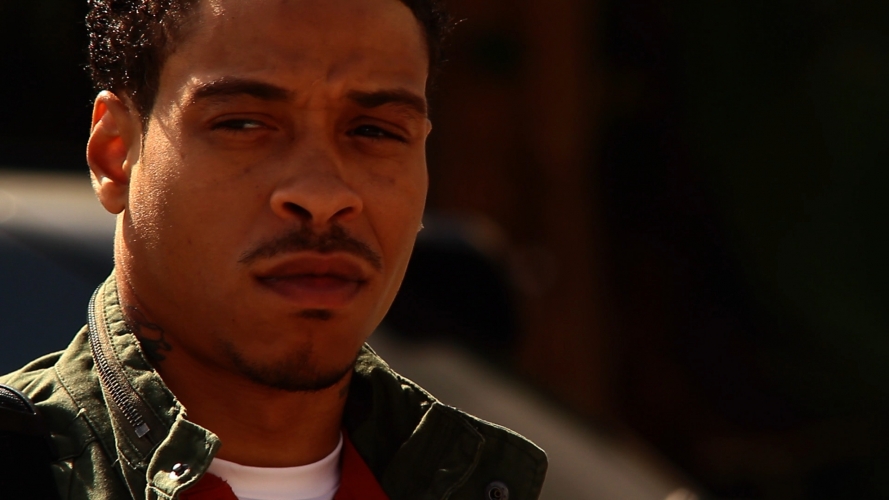 CrypticRock.com – The music worked well with the film. The end of the film certainly leaves an opening for a sequel. Has there been thoughts of perhaps doing a follow-up?

Al Franklin – There will be a follow-up, it is called Teeth and Blood Resurrection. It is high-power, set in another setting, bringing back a lot of characters that viewers thought were gone, and a lot of star power will be coming in this time. I am so excited about this next project. This is the first step to launching a franchise. We never intended a franchise, we just wanted to do something that was good.  The energy behind the film looks like it is going in that direction, so we are prepared for it.

Pamela J. Richardson – Right, we did not say we definitely were going to do a sequel, but we talked about the possibility. That is why we left the ending open-ended like we did. We are very appreciative to Rockstar Entertainment, they really stuck with us, even when we went over our budget. They were there solid and saw the vision.

Al Franklin – Craig and Robert Thompson are the best independent financiers I have seen in years. They wrote every check that needed to be written on time, they just did what had to be done. That is why we are right here right now. 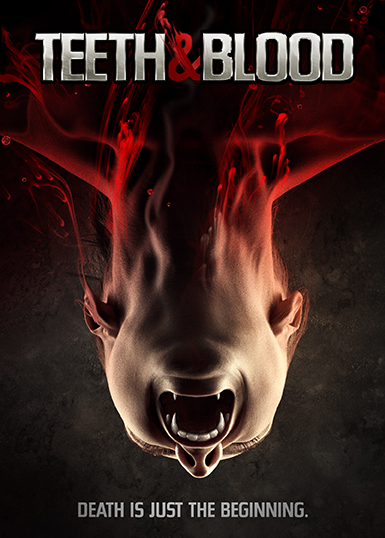