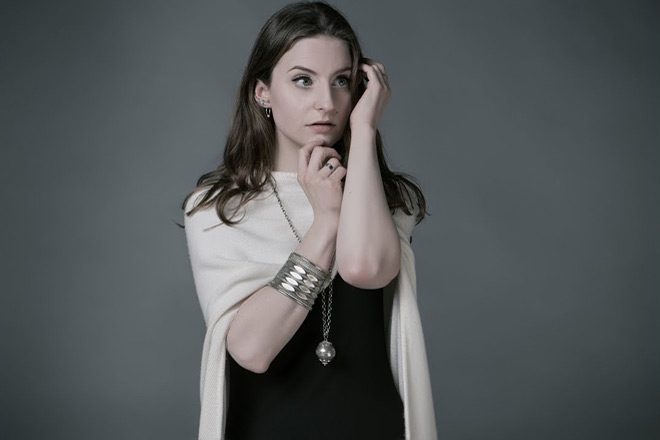 Growth comes with a great deal of risk and uncertainty, but how would one ever truly know their potential unless they tried? Joining Swiss Folk Metallers Eluveitie at the young age of 16, Anna Murphy would become an important piece of the puzzle leading to the band’s international success over the course of 5 studio albums. Showcasing a tremendous ability not only to sing, Murphy’s emotionally sincere delivery would capture fans worldwide, making her one of Metal’s beloved figures.

Dabbling in various other side projects through the years, including her debut solo album in 2013, in 2016 Murphy made the bold move to part ways with Eluveitie to take the next step in her artistic evolution forming the new band Cellar Darling. A band including former Eluveitie Guitarist Ivo Henzi and Drummer Merlin Sutter, Cellar Darling are out to blaze their own trail, set to release their debut album This Is The Sound June 30th via Nuclear Blast Records. Recently we caught up with Murphy amidst her busy rehearsal schedule to talk the last decade of her musical life, the concept behind Cellar Darling, future plans, and more.

CrypticRock.com – You have been involved in music all your life and professionally for over a decade now. From your time in Eluveitie to your new band Cellar Darling, how would you describe this incredible journey you have been on?

Anna Murphy – It has been a long journey with a lot of ups and downs. I am really excited at the moment. Obviously what we are doing now is very different than what we did with Eluveitie, but that is how you can grow, by experiencing different things and changes. The last 10 years have been filled with music and I hope it continues that way.

CrypticRock.com – You had began while only a teenager with Eluveitie over 10 years ago. In that time, you grew with the band, attaining great success. Was it a difficult decision to move on from the band last year?

Anna Murphy – Well, the decision wasn’t hard. I immediately knew I was going to leave because I am a very impulsive person who makes decisions with my gut feelings. Of course it wasn’t easy, I was quite depressed after the whole thing. Eluveitie was my whole life and I just left it behind me. It all came as a surprise to me as well. Like you said, I basically grew up with the band. I made all the progress I made with the band, but that is how it happens, life surprises you. If it won’t, then things would be really boring (laughs). 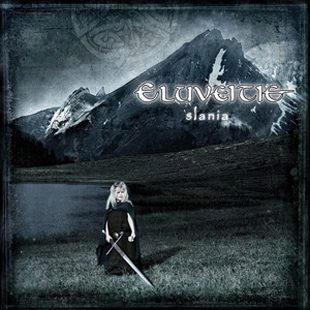 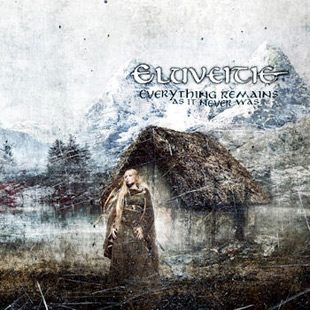 CrypticRock.com – With your new band, you join up with former Eluveitie members, Merlin Sutter and Ivo Henzi. How did this project come together and what was the initial musical inspiration?

Anna Murphy – We always knew when we left Eluveitie that we would continue playing music. We didn’t actually have to discuss it a lot. We always wanted to play music with the 3 of us, and that was going to be a side project of some sort, but obviously things changed. The way we worked, we didn’t plan our sound and we didn’t have ideas of what genre it was going to be in. We just started composing, it was a very natural process. We met up at the rehearsal studio, jammed, and gathered ideas. That is how Cellar Darling was created, it was all very organic and impulsive.

CrypticRock.com – Hearing the new music, and your music with Eluveitie, you have always displayed a beautiful vocal range. Cellar Darling’s debut album, entitled This Is The Sound, is due out June 30th. What was the writing and recording process behind this album?

Anna Murphy – There was a lot of teamwork involved, there was not one mastermind and a backing band. We wrote a lot of the material in the rehearsal room based on ideas by either myself or Ivo Henzi. Some songs were obviously a bit more personal, for example, Ivo would make demos at home or I made demos at home. We would always still meet up and arrange them together and see what we could do with them. There was a lot of experimenting also involved. It is just basically 3 friends who spend tons of time in the rehearsal room just working together.

CrypticRock.com – Some fans may have a preconceived notion of what to expect from Cellar Darling based on your previous work, but this album is really much different. There are Folk elements, but this is very much a dynamic Metal record. Furthermore, your vocals sound astounding and you take it to new levels. Was it the band’s objective to distinguish your sound from previous works?

Anna Murphy – Yes, I guess our only plan was to do something new and unique. It wouldn’t been very exciting to do Eluveitie 2. We had done that for 10 years, we wanted to do something that basically melts our 3 different characters. That is just what happened, we also were surprised a bit with the results, we didn’t know what to expect from this collaboration. It is definitely different. I guess some of the Folk parts are still in there because I play a Folk instrument and it is some of our background, but now there are so much more influences that we can incorporate into our songwriting, including Classical elements. That is something I have always loved and missed in our previous band. Yes, it a bit more experimental. 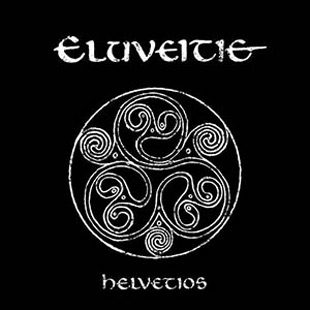 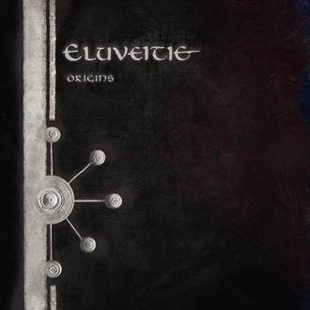 CrypticRock.com – It is quite exciting and there is a great deal of emotion amidst this songs. What served as the lyrical inspiration for you?

Anna Murphy – The lyrics are kind of like our music, they are very eclectic. There is not really a cinematical concept, every song tells a different story. There can be a story about a fairy, a hermit, or the apocalypse. I would say the way I write the lyrics does have a concept though. Whatever I am thinking about, whether it is a feeling, experience, or even just a color or picture in my head, I want to turn it into a story. I don’t want to write about the obvious feeling or experience I am having, I want to take that and create images with it. That is pretty much how I work with Cellar Darling.

CrypticRock.com – You do an exceptional job with these tracks. You can feel the emotion in these songs. As far as your voice, you have one of the unique voices in the Metal genre. How have you developed your voice?

Anna Murphy – Thank you! The development I would say has always been very natural. I am not a trained singer, I didn’t go to a school, I don’t do exercises at home. I just want to work on expression. I don’t want to show people, “Look what I can do.” I want to tell a story and convey an emotion. That is basically what I work on more than say technique and sounding really nice. I want to tell the listener what the story is actually about with my voice, conveying different feelings and emotions. I think that is what I have worked on the most. All kind of other development, such as technique, I just kind of picked that up over the years. A lot of the developments are due to failure, that is how you learn, if you fail or do something wrong, you realize you fell and have to get back up. It is learning by doing.

CrypticRock.com – Exactly. You try and see what works best for you. Besides Metal, it would be compelling to hear you work outside Metal. Is that something you would be interested in doing more?

Anna Murphy – I released an album in 2013, under my own name. The solo album is called Cellar Darling, that causes some confusion. It is not Pop music necessarily, but it is not Metal at all. It has some Rock influence and Electronic influence. I will definitely release another album with that as well. 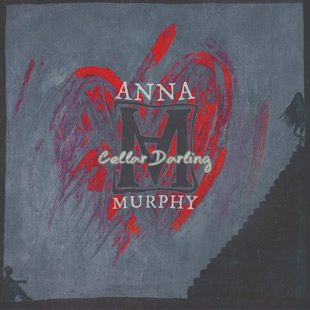 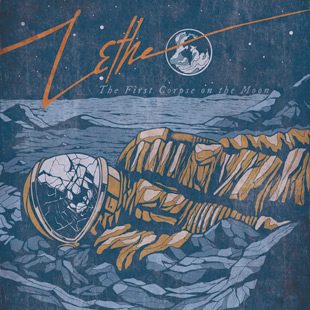 CrypticRock.com – Excellent! Well those who did not know of the solo album, that is a good reminder to go check it out. Last we spoke you had shown interest in a variety of different musical genres beyond Metal. Do you feel Cellar Darling further displays your influences?

Anna Murphy – Definitely. The reason I had so many side projects when I was in Eluveitie was basically because all my ideas did not fit in the band. I have always needed other outlets for my other ideas. They come from listening to so much different music, I have never be part of a scene or had a favorite genre. I just listen to music, I don’t listen to a genre.

CrypticRock.com – That is great. Like you said, you never know where life is going to lead you. Sometimes one door closing opens a whole new world to you. It seems like Cellar Darling is an exciting new world.

Anna Murphy – Yes, I have never felt so free and inspired creatively. It is definitely a good step in our lives. 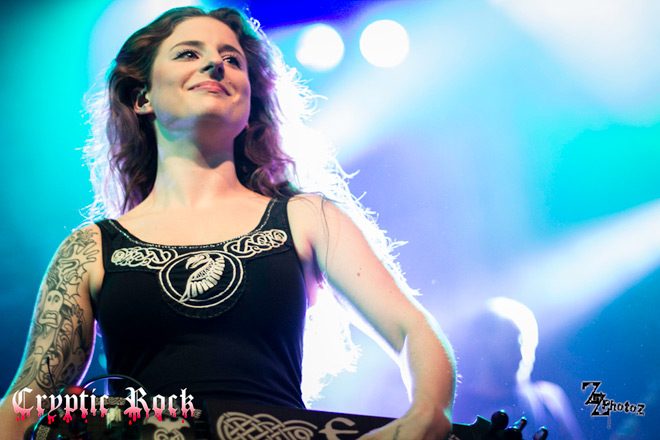 CrypticRock.com – Do you foresee the band making a trip to North America soon for a tour?

Anna Murphy – Yes, I really hope so! We actually are already talking to people. I think the ball will finally get rolling once the album is released. That is one of the first places we want to come and tour.

CrypticRock.com – That is exciting to hear. Have you had early feedback from North America and other portions of the world? 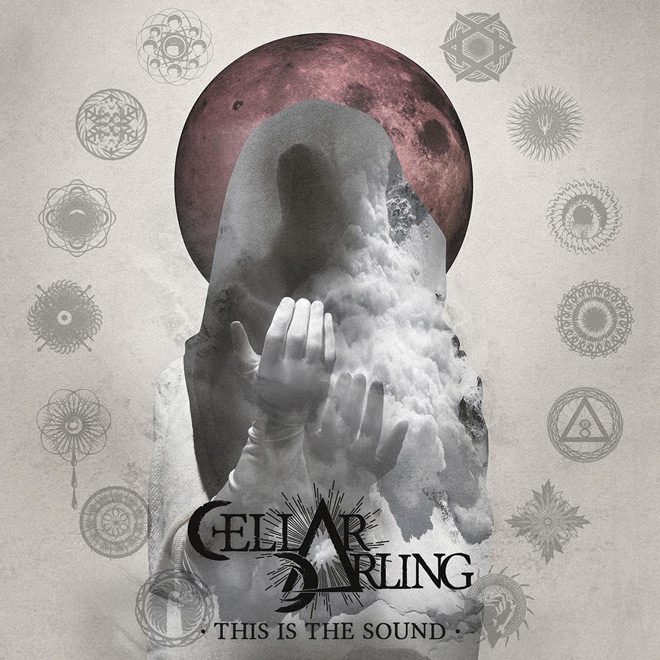 CrypticRock.com – That is positive. It is nice to see people are showing support for the new work. My last question for you is pertaining to movies. CrypticRock.com covers music and Horror films. You had said you really did enjoy Horror films such as The Exorcist (1973), The Shining (1980), Saw (2004), and Martyrs (2008), to name a few. Since our previous talk, have you seen any new Horror films you enjoyed?

Anna Murphy – Oh, I have watched so many (laughs).

CrypticRock.com – It is great to hear you really enjoy the genre so much. Is it something you always had an interest in? 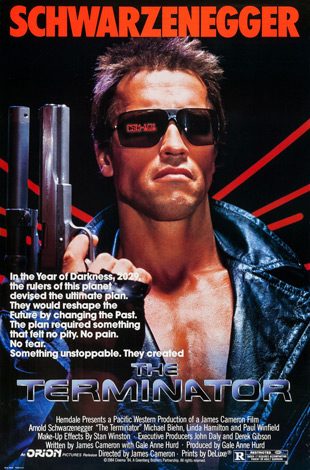