CrypticRock.com – Forming a new band can be quite exciting. What was it like joining forces as Beast In Black, and how did each member become a part of this band?

Anton Kabanen – I found some of Yannis’ vocal cover videos on YouTube and I was really impressed. Then I checked some songs from Wardrum’s albums where Yannis also sang. Afterwards, I contacted him on Facebook, we started chatting, and kept in touch. We met face to face for the first time in 2015, and shortly after that I asked if he would be interested in joining this new project that I was getting started with.

Kasperi was a familiar face to me since 2010 when his band Merging Flare and BB were touring together supporting Blaze Bayley. It wasn’t until a few years later that we really started talking and eventually became buddies. When the time came to start a new band, he was the first guitar player I asked to join, and he agreed.

I got to know Sami when his old band Brymir and BB were practicing in the same rehearsal room, and he was also helping us out as the band’s technician on the first tours we did back then. In 2015, we met one day, talked, and after that he was part of the band.

Mate and I toured together in 2013 when his band Wisdom and BB were supporting Powerwolf in Europe. We got along well, and then in 2015 he was looking for a new guitar player for his band and I needed a bass player so we kind of decided to help each other out. I joined his band and he joined my band. 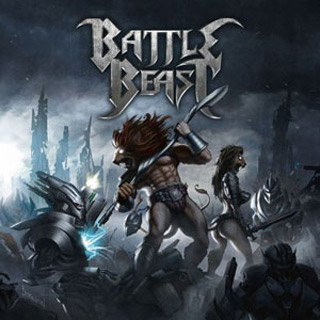 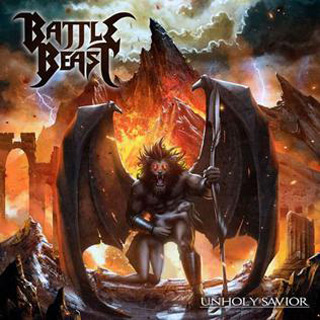 CrypticRock.com – Excellent, it sounds like working alongside musicians with whom you have a prior relationship made it easier to shape your debut album. Being a new project, what was the creative process like with this first album?

Anton Kabanen – Well, when it comes to songwriting it was pretty much the same for me as always. I write what comes instinctively and straight from the heart. Many of the songs were old ones which ended up on the album. For example, “Ghost In The Rain” is originally from 2008 or 2009 and it had a different title back then as well. At the point when I had chosen a bunch of songs, we listened to them and the guys told me which ones they liked the most. I think roughly 70% of the choices matched.

CrypticRock.com – That is great to hear. The honesty in your songwriting really shines through in the music. Your debut album, Berzerker, is not at a loss for great songs. One that stands out the most is “Ghost In The Rain.” Such an amazing and well written track, can you talk about the inspiration behind “Ghost In The Rain?”

Anton Kabanen – As mentioned, it’s an old song and most of its lyrics were actually rewritten, but I kept some elements which played an essential part in my opinion. The original version was written as part of a story for the Beast character, a story which hasn’t been told yet. As I revisited the song in 2016, it ended up having a more straight connection to my personal life and experiences.

CrypticRock.com – True, personal experiences can certainly lead to great music. Musically, songs such as “The Fifth Angel” and “Zodd The Immortal” are reminiscent to the music of Judas Priest. What artists have influenced your songwriting?

Anton Kabanen – Judas Priest indeed. It’s my personal favorite band and Kasperi’s second favorite right after AC/DC. Other big influences include Manowar, W.A.S.P., Black Sabbath, and Accept to name some. From the “newer” bands, I would say Nightwish is the most inspiring nowadays. Sabaton too have some great melodies. Then, of course, in general, all kinds of music from the 80’s keeps on inspiring and influencing. 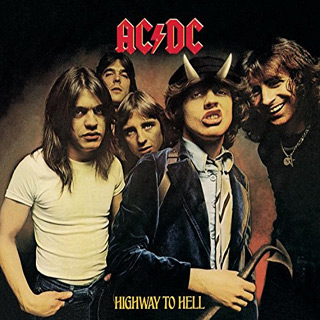 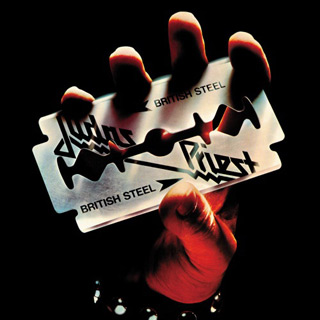 CrypticRock.com – Very cool, those are some of the best names in Metal and their influence on the band really shows. You recently wrapped up touring with one of the best bands of the 1980’s, WASP, as part of the Re-Idolized Anniversary Tour. How did this opportunity come about for Beast In Black? What is it like touring with Blackie Lawless? Furthermore, how did audiences react to your set?

Anton Kabanen – It happened to be good enough timing and our management and booking agency worked on it. Nevertheless, by now you’ve probably already heard the news that the tour got cancelled for us after four shows, but those four shows were fantastic. We loved to play for all the people who came to see us and their response was great. Blackie liked staying invisible for us so we didn’t really get in any direct contact with him.

CrypticRock.com – That is too bad that the tour was cut short, but congratulations of the success you did have in that time! Many fans are eager for a Beast In Black headlining tour. Are there any plans in the works?

Anton Kabanen – We do have new tours and gigs coming up and we’ll keep on updating our homepage with them when they are ready to be announced. We can’t wait to get back on the road! 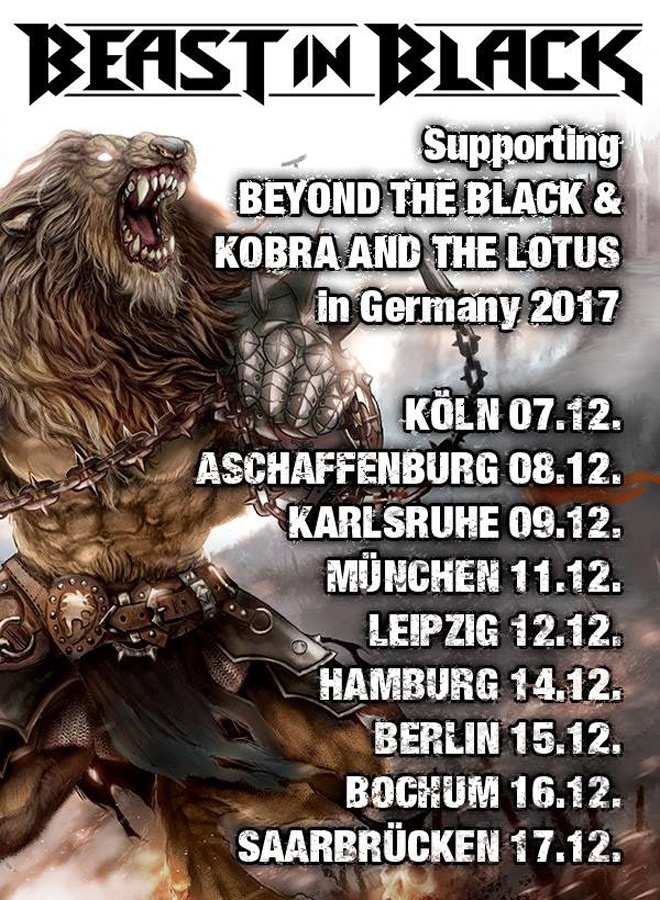 CrypticRock.com – Awesome, we will keep an eye out for any future announcements. Touring can really take a toll on the body when you are playing nearly every night. Yannis Papadopoulos’ vocal range is stunning and so impressive. How does the band in general keep in shape?

Anton Kabanen – Just trying to have a relatively healthy way of life. Yeah, it’s amazing how Yannis can sing. He’s a really gifted singer and a kind person as well. On the road, it’s important to try to get the maximum sleep you can get and avoid becoming sick. Not always possible of course, but that’s how it is.

CrypticRock.com – Absolutely, it is crucial to take care of yourself so you can be at your best night after night. A big feature to your debut is the Japanese manga and anime BERZERK. Similar to how Megadeth have “Vic” and Iron Maiden have “Eddie,” will “BERZERK” be an ongoing symbol for future Beast In Black albums? What does “BERZERK” represent?

Anton Kabanen – The character on the cover is simply the “Beast.” The idea for that character was originally created in 2006 in a story which I started to write in the same year. It wasn’t until 2008 or 2009 that my good friend Roman Ismailov actually drew the first version of the Beast and henceforth we both became connected in continuing to create the story for our character. Storywise, our Beast doesn’t exist in the world of the Japanese manga “Berserk,” but that line is blurred on purpose when it comes to the album cover art. Roman added quite a few elements from the “Berserk” manga to it. Yes, it’s intended to have the Beast on every album cover, at least in some form. 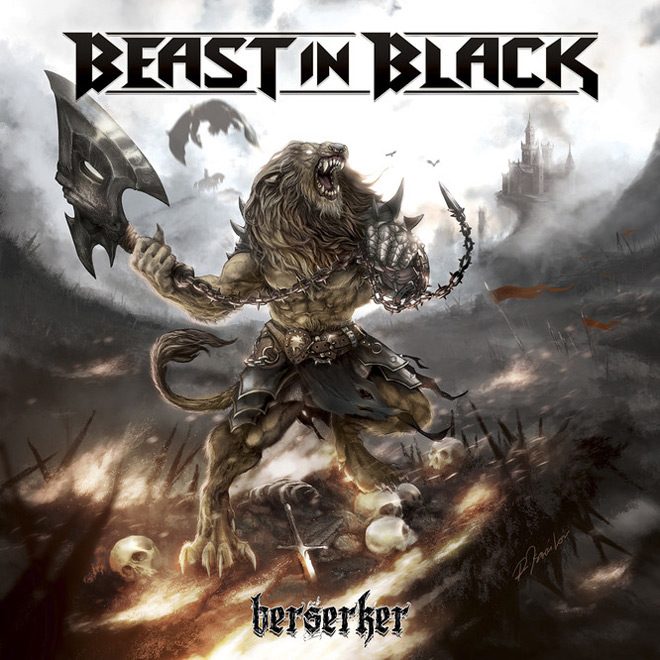 CrypticRock.com – That is certainly a cool feature to your album and fans will certainly enjoy it. Heavy Metal music has always gone back and forth as far as being either underground or mainstream. For about the last ten years or so, Metal seems to be right in between. Bands like Metallica and Iron Maiden sell out stadiums, and most current bands in the genre are a huge draw as well. What are your thoughts regarding the status of Heavy Metal today?

Anton Kabanen – I guess it’s true that Metal in general is doing very well, but in my opinion, what is somewhat lacking from the newer Metal bands, are the melodies and great songs. Most of the Metal bands nowadays have great production though. I don’t understand this modern Metal and why it is so popular.

CrypticRock.com – Yes, as stated, it is refreshing to see a new band like Beast In Black emerge with such thought-provoking, well put together music. CrypticRock.com covers all genres of music as well as Horror/Sci-Fi films. If you are a fan of these genres, what are some of your favorites? 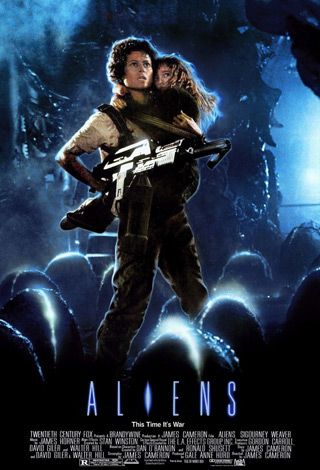 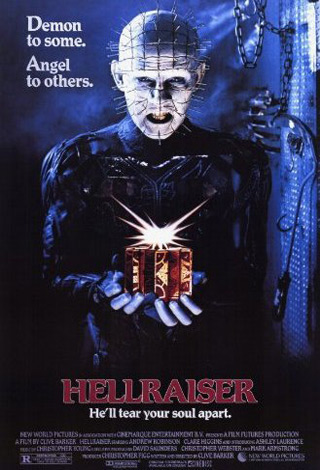