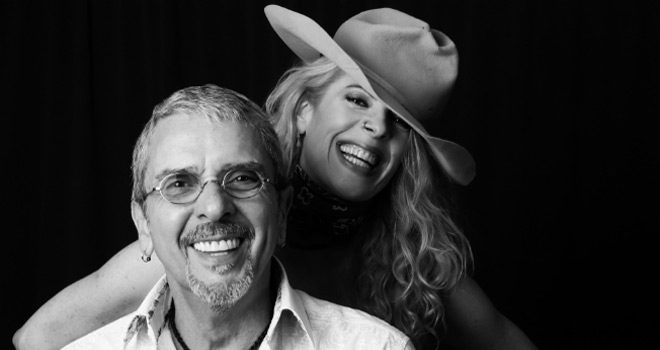 Time leads us all down various paths. Detours and roadblocks will come, but if we are strong, oh the stories there will be to tell. Having more than his share of stories, masterful Singer-Songwriter Bobby Whitlock has been a Rock-n-Roll lifer. With credits dating back over fifty years, Whitlock has worked with everyone from George Harrison, to Delaney & Bonnie, to Eric Clapton and everyone in between. Famously known for his time in Derek and The Dominos, Whitlock’s legacy continues to grow all these years later as he writes and records new music. Finding happiness with his wife CoCo Carmel, the two share more than love, they share a musical partnership as they continue to tour around, wowing audiences. Recently we caught up with the ever busy Whitlock and Carmel to talk the vast history of his collaborations, life experiences, their forthcoming tour, and much more.

CrypticRock.com – With a career in Rock-n-Roll spanning over five decades now, you have established yourself collaborating with others as well as solo artist. First, tell us, what has this wild ride been like?

Bobby Whitlock – You just said i (laughs). I am only just now, in my personal development, where my voice is the way I alway wanted it to sound. That took experience and maturity, it took time for it to happen. I am in a real good place with my songwriting because I stopped trying to do it and just allowed myself to be open. It took me all these years to try and make things happen, I was just beating myself up. I stopped doing that. Songs come as they are needed, everything seems to fall into place. All I did was give a lot of heartache to myself.

CrypticRock.com – Sometimes things just need to happen naturally. You have been very active musically through the years. Through it all, has there been a consistent inspiration, or does the inspiration change as time goes on?

Bobby Whitlock – Like I said, I am just open. As long as I am open, that is consistent with me. I never compare anything with anything, I never look back. Whatever the situation in my life, that leads to creativity. Life gets in the way of trying to do something and it does slow down. I have always maintained when I was Derek and The Dominos, Delaney & Bonnie, and even before that, I had all this talent, all these great gifts of singing and playing, with the ability to write a song, but I didn’t have any life experience. That is the only thing I had been lacking in my career was life’s experience. Now I am 69 years old and I have lived a good life. I get to sing about and write about it.

CrypticRock.com – Yes, there is no substitute for real life experience. That is not something that can be faked.

Bobby Whitlock – You can’t sing and play the Blues unless you lived it. Other than that, you are just doing someone else’s licks and singing their song. I learned that. 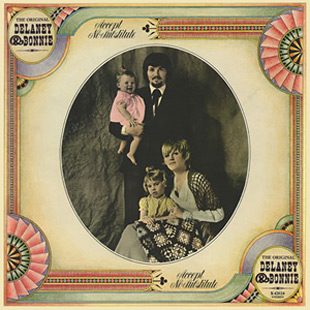 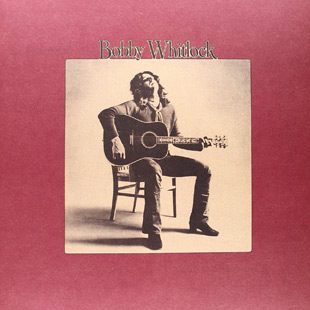 CrypticRock.com – (laughs) That is very true, dogs certainly do have good intuition. Over the past decade, you two have been collaborating writing and recording music as well as playing live. What is it like working so closely in a creative way?

CoCo Carmel – It is a lot of fun. Sometimes it is challenging, yes we love each other, but we don’t go walking around going “I love you” all the time.

Bobby Whitlock – I do! (laughs)

CoCo Carmel – (laughs) Bobby does! Life changes when you are together for a long time. We have been together now for 16 years. It is hard to even imagine that we have been together for so long. Things are definitely working. Marriage is give and take, it can’t just be take and take, that doesn’t work. The beauty of our relationship is it is give and take, we both understand that. When I was with Delaney (Bramlett) it wasn’t that way, it was very one sided, it didn’t work.

Bobby Whitlock – Everything about CoCo and I is it is ours, it is not a mine and yours things.

CoCo Carmel – That includes songs. There are times Bobby will be writing a song and he will be 3/4 the way through it and say, “Hey, you want to help me finish this song?”

Bobby Whitlock  – That is all I need sometimes is a little… is just a little prodding. It is a beautiful relationship we have. Even before we got together, we were living parallel lives. Our lives were very near crossing on several occasions. It has worked really well for is. 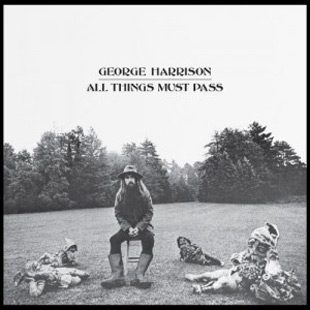 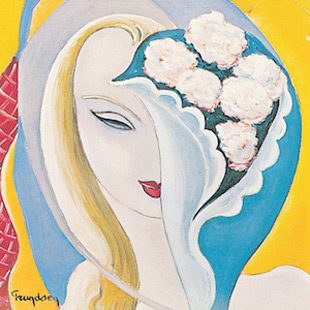 CrypticRock.com – That is fantastic to hear that your paths finally crossed. Speaking of performing live, you will heading out for some shows come June on The Sparkly Shoes Tour. These will be more intimate acoustic evenings. What can fans expect when they come out to the show?

CoCo Carmel – We are doing more Dominos’ songs, even more than we did before. Bobby has the 50th anniversary of Derek and the Dominos coming up. It is an opportunity for people to hear the stories behind the songs. That is something that we have been doing for a very long time, but it seems to have become more important as we approach the 50th anniversary.

Bobby Whitlock – We made it real intimate. There is not a bunch of loud guitars, we still have that, but the thing is, the root of it is two of us of on guitar.

CoCo Carmel – We will be having a guitar player there in every city we play in. We also will be having Ricky Byrd (formerly of Joan Jett and the Blackhearts) when we are up in New York City and at Daryl’s House in Pawling, New York. It is going to be a lot of fun.

Bobby Whitlock – Speaking of acoustic, not one time in all these years we have been doing this has someone said, “You guys need a drummer and bass player.”

CrypticRock.com – There is something unique that comes from the intimate setting of an acoustic performance. When you break it down acoustically, it really gets to the root of the songs. How do you find people reacting when they hear these songs broken down to the acoustic style?

CoCo Carmel  – I can tell you, because I am sitting there watching more, because Bobby is actually singing more, I take note, look around, and see the looks on people’s faces. People will singing along, some people cry, but sometimes you get people where you think, are they even enjoying this, are they having a good time? They are the ones who come up to you afterwards and they say, “I can’t believe I could come to hear you sing these songs, would you sign my record.” People bring the Layla record and all kind of things. They thoroughly enjoy it, that is why they are there. 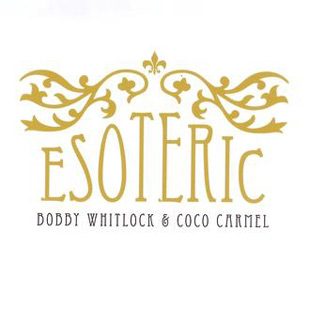 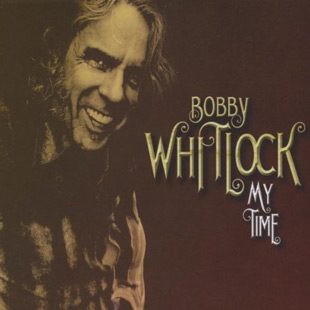 CrypticRock.com – That is really nice to hear and you have been doing this tour consistently for some time now.

CoCo Carmel – Well, we go on and off touring. Depending on what we are doing. Like I said, Bobby had been recording a new record and we kind of came to a place where we weren’t doing anything and we didn’t have anything in sight for the next few months where we thought, gee why don’t we just go out on the road. We didn’t have a record out yet, but we don’t follow the rules of what everyone else does. It is not – here is our record, now we need to go out on the road.

Bobby Whitlock – There is a fall tour being put together, we will be doing a midwest tour. It is just the two of us – we have our guitars, saxophone, piano, a couple amplifies, and we are on the road. There is no big entourage, nah nah. That is why our last tour we called the Just Us Tour. It was just us. We just take it to them.

CrypticRock.com – Well it is good to have that freedom for sure. You mentioned the 50th anniversary of Derek and the Dominos. Bobby, you have worked with so many other great artists through the years – George Harrison, The Rolling Stones, Greg Allman, and obviously Eric Clapton. What do you take away from all these experience?

Bobby Whitlock – Everything has been a foundation to my career and my present self now. Each one of those things I was involved in were all huge musical accomplishments. I hadn’t really given myself any credit about anything, I was just doing what I do. I sang and play, I didn’t think about being a rockstar or anything. I have a really good record collection, and one day I got everything I ever participated on right back to Raspberry Rug, my first 45. I took everything there was and it took the better part of two days to play everything. All the records I have done, it is pretty amazing. I haven’t done that as of late, but I have been doing this for so long that I never look back. I am busy writing, I am looking forward to today and tomorrow. 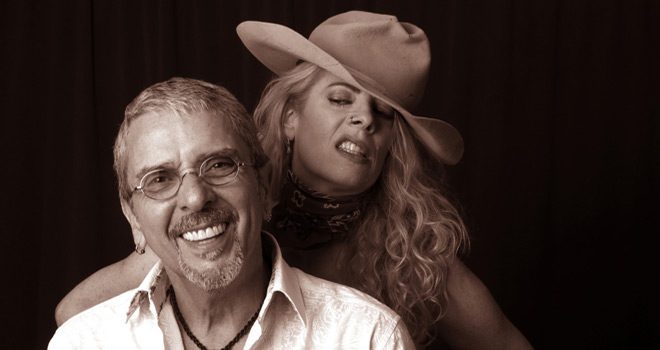 CrypticRock.com – Yes, and you want to keep moving forward as an artist. Back in 2010, you released an autobiography, Bobby Whitlock: A Rock ‘n’ Roll Autobiography, which is an extremely honest recount of your experiences. Seven years later, if you had to add a chapter to the book, what would it be about?

Bobby Whitlock – If I had to add a chapter, I would pick up right where the last book left off. A matter of fact, we are talking about a second book. There is more life to be lived to write about at the end of the day. The minute I sat down to write a book, it just happened. I couldn’t not do it. I didn’t start it and I didn’t finish it, it did it itself. When it’s time to do that again, we are going to keep what we have and add what we got to it.

CoCo Carmel – There is so much that has happened in Bobby’s life and our lives together. Life is huge, life is big.

Bobby Whitlock – I agree. I am a happy person all of my life, up or down. I am happy even when I am sad because I understand the purpose behind it. I manage to keep a good sense of humor through all things in my life.

CrypticRock.com – That is a great outlook, and there is still plenty more story to be told. My last question for you is pertaining to movies. CrypticRock.com covers music as well as Horror and Sci-Fi films. If you are a fan of either genre, do you have any favorites

Bobby Whitlock – I watched The Mummy (1932) when I was a kid. I ran out the theater and all the way home (laughs). I have never been big on scary movies, life is scary enough.

CoCo Carmel – (laughs) My favorite was Psycho (1960). When I lived in LA, I went to Universal Studios, this was before they made it the way it is today, where it is kind of like Disneyland. In those days, you can walk through it in all these different places and they had a little tour where you can take a ride around. I did it and they had the Psycho house there, it was scary then, just sitting on the hill. That was my favorite, I am not a big fan of Horror films, just like Bobby, because I don’t want to be scared. 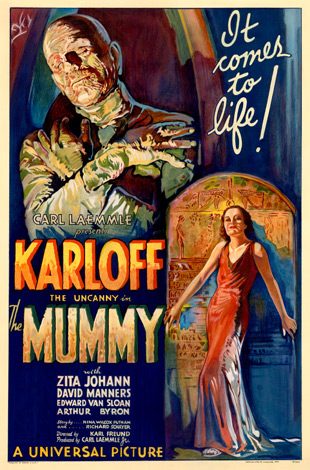 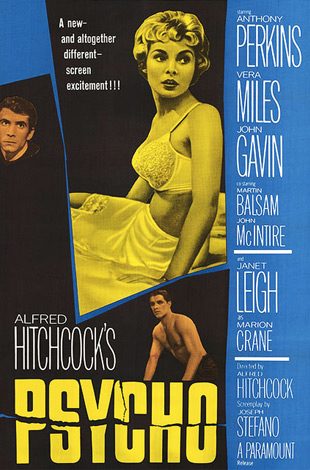 June 2– Memphis, TN – The Warehouse -with guest guitarist (to be announced)

June 24- Denton,TX – Dan’s Silverleaf -with guest guitarist (to be announced)