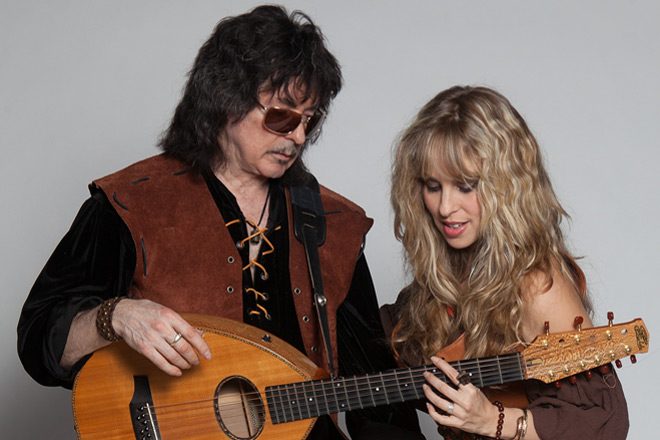 Imagine an array of brass, strings, percussion, and woodwind instruments intermingling while staring out into a forest blanketed in snow or across a meadow of trees stroked in the reds and oranges of autumn. Have these tranquil images focused in yet? Well, it would be a fitting description of Blackmore’s Night.

A traditional Folk Rock band that begun approximately 2 decades ago by famed Rock Guitarist Ritchie Blackmore and his wife Candice Night, they have released a plethora of compelling music together since that time. Celebrating it all, their 2017’s double album To The Moon and Back outlines the rich history of the band as they reminisce on the past while looking toward the future. Recently, we caught up with Vocalist/Songwriter Candice Night to talk Blackmore’s Night, working with husband Richie Blackmore, the magic of Renaissance music, touring with Rainbow, and much more.

CrypticRock.com – Yourself and Ritchie Blackmore began Blackmore’s Night two decades ago. In that time, you have released ten studio records, toured, and built a following as a unique musical experience. First, tell us, what has the time in Blackmore’s Night been like?

Candice Night – It’s quite a dream come true actually. It’s very rare, especially in this business, to be able to create a genre and do any type of songs you want to do. We are so lucky that we can play anything we want, whenever we want. We aren’t stuck in a box of a specific genre. We can do Rock songs or ballads, Renaissance or instrumentals. We switch up the setlist every night and take requests from the fans, but I think that is what true emotion is all about. You never feel one specific way all the time, so it’s only natural to want to play and emote through a variety of musical melodies. Through that portal, we can take the listener on an emotional musical journey. It’s pure creative freedom.

CrypticRock.com – That sounds wonderful and really a great way to be creative. The music of Blackmore’s Night clearly is strongly influenced by the Renaissance era. What first drew your interest to this enchanting style of music?

Candice Night – I had never heard renaissance music before I met Ritchie. He introduced me to it when I first started dating him and we would be in his house in Connecticut. It was a big, dark, English Tudor in the middle of the woods and Ritchie would play this purist Renaissance and Medieval music on his soundsystem all the time. I would be looking out the window watching the deer on the lawn and the snow falling and this music just seemed like the soundtrack to nature. It was magical, enchanting, and not the type of music I would normally be exposed to by the radio. I think I was instantly entranced. 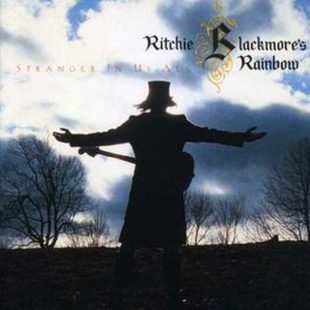 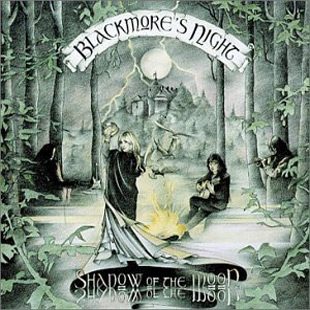 CrypticRock.com – That paints quite a beautiful picture. You certainly have a very distinctive and beautiful voice. At what point did you realize you wanted to pursue a career as a vocalist?

Candice Night – Thank you! I think my voice has definitely changed and grown over the years. When we first started, it was very innocent, but I think that was what Ritchie liked about it. He had worked with so many male vocalists that had such a range of strong vocal talents over the years that hearing me was quite a departure from what he had been doing. I wasn’t very confident in those early days except for the fact that he believed in my voice. Also, he has such a history of finding amazing vocalists, there must be something that he hears that I don’t.

Years later, we have toured around the world and it’s been quite a vocal strengthening. So, now, my voice is much stronger than when we began 20 years ago. I never was the one to say I wanted to pursue the vocal path as a career, it just was a natural evolution to him and I writing together with Rainbow in 1995. Then we continued to write for ourselves and finally put a CD out, originally called Shadow of The Moon (1997). The interest has grown so much over the years, but the growth of the band and the musicality behind what we do was all a natural progression.

CrypticRock.com – Very interesting. Twenty years a part of any musical project is a grand accomplishment worth celebrating. In that time Blackmore’s Night has been performing, you have also collaborated with a list of talented musicians. What do you take away from these experiences?

Candice Night – It gave me a chance to explore other sides of myself that I am not often able to do in Blackmore’s Night. For example, I am a child of the ’80s, so that Rock music to me was what I listened to growing up as a teenager. Being able to sing some of the songs with some of the great Rock bands of that time, like doing “Light The Universe” as Helloween’s first ever duet was just a great moment. I love that song still… 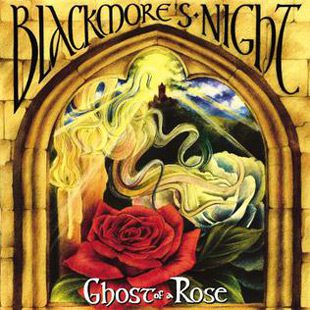 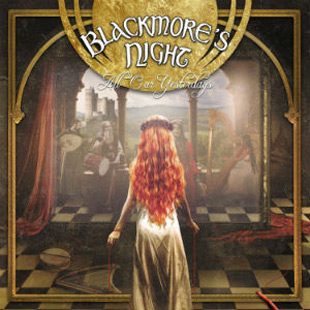 CrypticRock.com – Those are some great memories to have. You recently released a double album back in August entitled To The Moon and Back. This release outlines the history of Blackmore’s Night and also offers 3 new tracks. What was it like putting this collection together, and was it difficult to pick which songs you wanted to include?

Candice Night – It was a bit overwhelming, there is so much music to choose from. I took to social media and went to the fans. We asked what their favorite songs were and made a spreadsheet out of the responses, and that is what wound up on the first CD. The second CD, we revisited some of the songs that we recorded previously, but added some new parts to them to give them a new sound. We also included new songs and some brilliant Ritchie instrumentals that we felt needed to be brought back into the light of day again for people to enjoy.

CrypticRock.com – Yes, and of the 3 new tracks, included is the wonderful “Ghost of John.” With Halloween season just passing, it is a delightful, haunting little treat. What inspired the work behind the song?

Candice Night – Our daughter, Autumn, brought that track home after learning it at an acting/singing/dance class last Halloween. We instantly fell in love with it. Ritchie made her sing it about a hundred times the first day. He loved the modal scales it encompassed, almost Gregorian sounding. I researched the song and found it to be traditional. So I wrote some new lyrics and we gave it a new arrangement and instrumentation and it felt as if it had found a home with us. 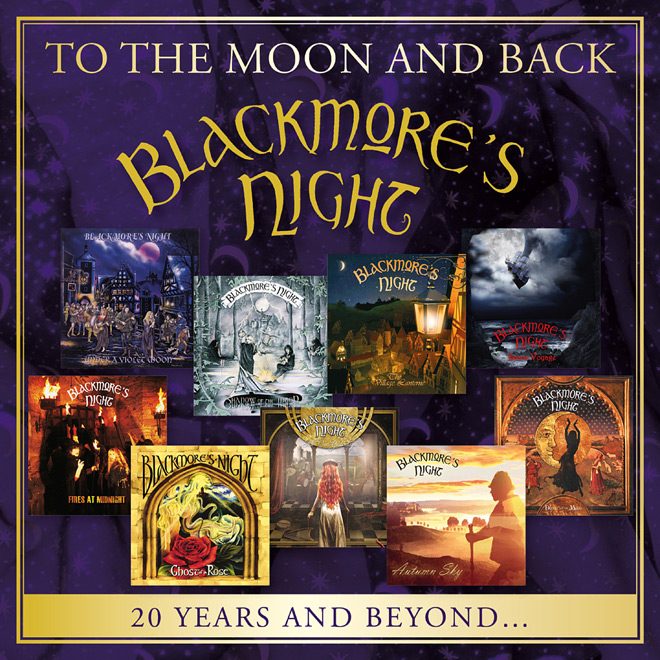 CrypticRock.com – That is a very cool story. It is quite a catchy melody and offers a really haunting quality. That said, you actually have your aforementioned 6 year old daughter Autumn singing on the recording. How exciting was it for her to record a song with her mom and dad? Also, can we expect to hear more of Autumn singing with Blackmore’s Night?

Candice Night – She loved it! It just felt right to end the song with her since she brought it to us in the first place, it went full circle. She is kind of used to being on stage though and doing things like this. She’s been making appearances with us on stage since she was one year old and when she was one and a half she wrote a song I recorded on my CD Starlight Starbright (2015). The song was called “Lullaby In The Night.” She came up with both lyrics and music at once and she always does that. She can make up songs about anything and she does it all day long. It’s truly amazing.

As she once told me, “I am made of music,” so I guess it’s the most natural thing in the world for her. She’s been in many of my videos also – “Once in a garden,” “Lullaby in the Night,” and “Black Roses,” so the door is always open for her to do as much as she wants. Maybe next time we’ll feature her brother though (smiles).

CrypticRock.com – Yes, it seems talent runs in the family. Beyond the release of To The Moon and Back, you also recently re-released your 2006 Christmas themed album, Winter Carols. With Christmas right around the corner, what led to the decision to re-package this collection for release?

Candice Night – It’s just a great CD with great songs for the season. It doesn’t feel as if it’s from 2006 as the songs are so carefully crafted, they are timeless. This time though we added 3 previously unreleased songs so that is a special surprise for the fans. 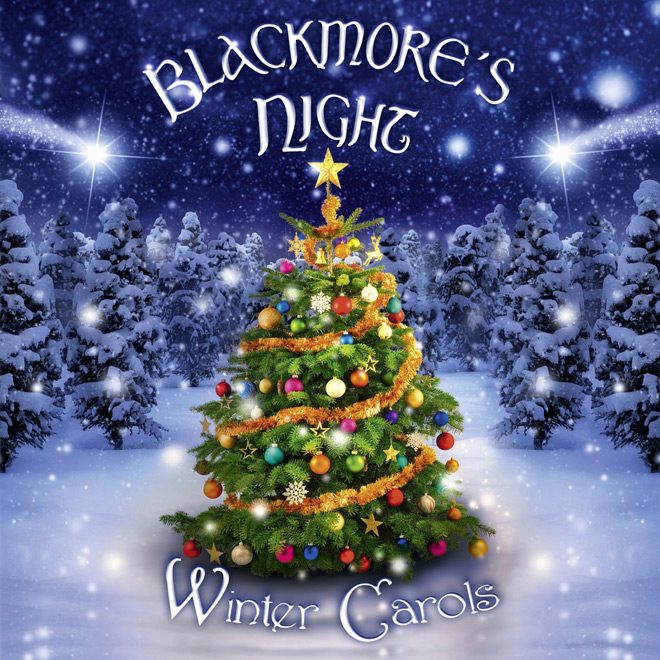 CrypticRock.com – That is exciting and a great reason for fans to pick it up. Blackmore’s Night did a list of live performances in 2017, and in 2018, there are some Ritchie Blackmore’s Rainbow gigs lined up. How exciting is it for you to be a part of performing with Ritchie in Rainbow and bringing his unforgettable Classic Rock to fans around the world?

Candice Night – Incredibly exciting. I have always been a huge Rainbow fan. Although I toured with them in 1995 and co-wrote some of the songs on that lineup’s CD, Stranger in Us All (1995), to be able to step onstage and do the backing vocals to the classic songs that I grew up with and be a small part of the energy and excitement of the whole thing is just incredible!

CrypticRock.com – It sounds like it. Hopefully more is to come with both Blackmore’s Night and Rainbow. My last question is pertaining to films. CrypticRock covers all areas of music as well as movies, particularly Horror and Sci-Fi. If you are a fan of these genres, what are some of your favorite titles and why?

Candice Night – The Strangers (2008) still give me nightmares. How that whole situation happened just because they happened to be home and answer the door. It is terrifying. I love The Sixth Sense (1999) and basically any movie that M. Night Shyamalan does. I just think he’s a brilliant director and the old school Hitchcock twists at the end. Classic films like Jaws (1975) – I still have a hard time swimming in deep areas and would never scuba dive – and just those two notes sends terror through me. It is brilliantly done.

Also, The Blair Witch Project (1999) was absolutely intense. I don’t think I breathed through the whole movie. I also like the first Paranormal Activity (2007) movie too. Those deeply affected me since you wonder how much is true, how much isn’t, and how much could be. Some visuals just stay with you and haunt you forever. The scenes like standing in the corner at the end of The Blair Witch Project, the woman staring as her husband slept in Paranormal Activity, and then being dragged down the corridor. Powerless, helpless, and dealing with madness and other realms. What could be scarier? 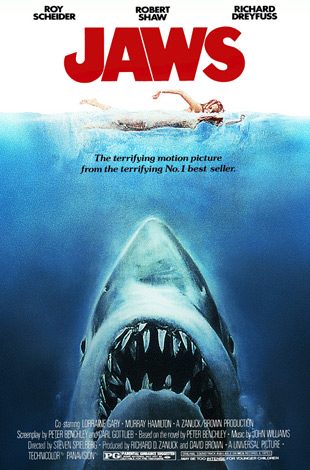 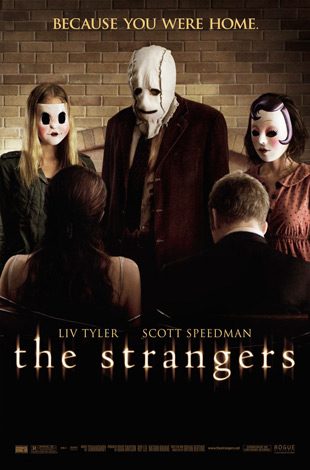 Purchase To The Moon and Back: