Interview – Caroline Westendorp & Mathijs Tieken of The Charm The Fury 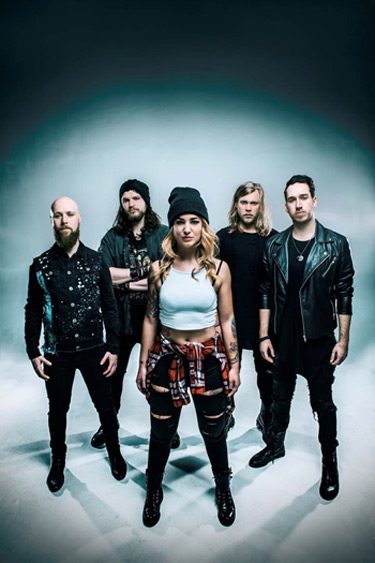 In the world of Heavy Metal, it is quite easy to get lost in the shuffle. With so many bands, and more coming each day, the challenge is standing out amongst the crowd. Hailing from The Netherlands, The Charm The Fury have stood their ground since 2010; touring; releasing their debut album, A Shade of My Former Self in 2013; and searching for their own identity. Led by the distinctive vocal styling of Caroline Westendorp, able to go from a bellow to a soft singing voice at the drop of a dime, The Charm The Fury look to take the next step in their evolution with their forthcoming sophomore album, The Sick, Dumb & Happy. Working together and expanding their horizons, the new album is bound to turn on their growing fanbase and make the band a force to be reckoned with in 2017. Recently we caught up with Westendorp and Drummer Mathijs Tieken to talk the story behind The Charm The Fury, their intent with The Sick, Dumb & Happy, plans to tour the USA, and more.

CrypticRock.com – The Charm The Fury has been established since 2010, and, since that time, the band has released a full-length record, toured throughout Europe, and continue to build a respected name on the Metal scene. First, tell us, what has this ride been like thus far?

Caroline Westendorp – It has been kind of unreal in a certain way. We are from a very tiny country, The Netherlands. You always dream of touring, making music, and getting to play in front of a lot of people. When you start out, you see these big festivals and then you get to play them over the years, it is really like a train ride, a dream really. We have done some nice things, and now to be able to make our first move to the US, it is even more surreal.

CrypticRock.com – It has to be very exciting. As the band’s lead vocalist, you certainly have a very diverse range going from veracious growls to softer singing. How did you develop your style?

Caroline Westendorp – At first, I started out watching all these YouTube tutorials on how to scream. At first, I didn’t last longer than 10 seconds until I lost my voice. I was a very bad screamer starting out, and when you heard our first demo, it was awful (laughs).

After a while, I actually got nodes on my vocal chords so I needed to work with a speech therapist and vocal coach. I have really been working very hard with him for over two years. He has really showed me how to do it right. It is kind of like going to the gym and getting my vocal chords fit. That is how I learn and make progress. I do exercises everyday and train myself. Practice makes perfect. I think everyone can do screams/growls, as long as you practice everyday. 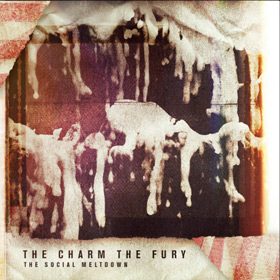 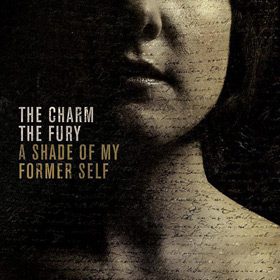 CrypticRock.com – It seems all the hard work has paid off. Some would say your harsh vocals are some of the most fierce around right now. The contrasting brutality and singing can be taxing on your chords. How do you keep yourself  and your voice in shape?

Caroline Westendorp – I am super boring during tours. All the guys are partying and drinking, I don’t drink any alcohol, I sleep a minimum of 8 hours a night, I drink 3 liters of water, and I do very awkward exercises everyday. I probably sound silly doing my exercise.

CrypticRock.com – (laughs) Whatever works right? The band is set to release a brand new album, entitled The Sick, Dumb & Happy, on March 17th via Nuclear Blast. What was the writing and recording process behind this album?

Mathijs Tieken – It was a very extensive process this time, I think, overall, it took us about 3 years to finish this record. I think around a year of conceptualizing and thinking of what to do sound wise, then a full year of songwriting, then the start of recording to production was another full year. It was all pretty strenuous. We tried to do it in a different way from our comfortable process. We worked with some new people, starting to find our own identity. There are so many Metal bands out there and so many great Metal bands, I think to separate yourself from the crowd you need to develop your own identity. That was the main focus, to develop a sound that is distinctive that people will recognize.

CrypticRock.com – There certainly seems to be a level of growth within the songs and style on this album from 2013’s A Shade Of My Former Self. When putting these songs together, did you feel, as a whole, they were stronger and more cohesive?

Mathijs Tieken – I would say so. I guess, in a way, it is also more varied than the previous record. I would say the previous record we borrowed a lot from the contemporary genres and what was happening in the scene at the moment. With this record, we went back to straight Metal roots, back to the ’80s and ’90s. We re-evaluated what made it so fantastic back in the day and what made those records so timeless. When people talk about Metal in a nostalgic way, there are a couple of those records that still stand out to this day. We tried to sort of figure out why is that? What is the reason those records work the way they do? We tried to emulate that with our own style.

CrypticRock.com – It works very well. The band recently released a music video for the song “Down On The Ropes.” This video has a sort of old school vibe to it. What was the inspiration behind the video?

Caroline Westendorp – The inspiration for the video is the fact that the song revolves around we are becoming more blind to problems in the world. The television shows us this perfect picture of one side of the world, the other side to it is, there are actually companies feeding us those images for our own commercial purposes.

Mathijs Tieken – The guy in the video is the physical representation of “that guy.” It is the guy who is out there who is more common than we would like to admit. It is really one of those reasons that anytime you try and tackle any sort of problem in the world, you end up strained halfway. That is what we wanted to visually represent in the video, in an admittedly extreme way (laughs). We worked together with a new director for this video, we gave him an idea, conceptually what the song was about, and he just went completely nuts with it (laughs). 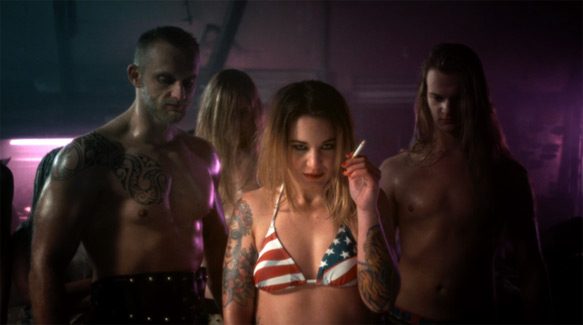 Still from The Charm The Fury’s “Down On The Ropes” music video.

CrypticRock.com – It is quite an entertaining music video and the context of it does get its message across. You most recently released another video for “Echoes,” are there other music videos slated for the new album?

Caroline Westendorp – There is “Echoes” and then there is another music video scheduled to be released on the album release date.

CrypticRock.com – That will be something to look forward to. With the album’s release set for March 17th, can we expect the band to make a trip over to North America for a tour in the coming months?

Caroline Westendorp – Yes, we will actually be playing at Northern Invasion, Carolina Rebellion, and Welcome to Rockville in Florida, and we are working on a tour in between those festivals.

CrypticRock.com – Those are some great festivals to be on. Judging by the new album; as you stated it is more diverse in sound, would you say this record possesses a bit more of a Rock feel?

CrypticRock.com – Yes, it is so difficult categorizing music, it can be limiting. Speaking of which, there is a label many like to throw on bands fronted by females, calling them female fronted Metal bands. That is a really broad title, because there are a lot of different bands fronted by women that all sound very different, and it is unjust to lump them all into one category. What is your opinion on that?

Caroline Westendorp – It is really boxing in when people say “It is female fronted.” In a way, you get boxed in with all these female fronted Metal bands which all sound very different. Also, you get a lot of attention really fast, but also negative reactions. There are a lot of sexist comments such as “That band is probably doing well because they have a female as a vocalist,” or “It isn’t as good as a band with a male vocalist.” In a way, I feel like we have to kind of work harder because people are often “Oh, it is with a girl. Show us what you are made of; you are probably not as a good as a guy.” 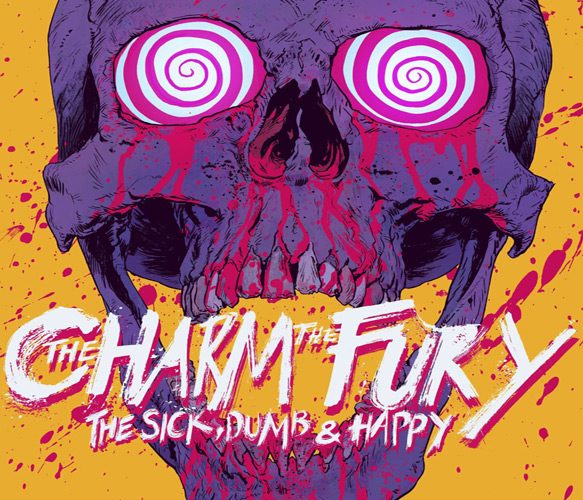 CrypticRock.com – Understandable. Hopefully, as time goes by, these inequalities are fading.

Caroline Westendorp – Yes, exactly. We just have to show what we are made of, play a great show, put out a great record, to let people see we are able to do this.

CrypticRock.com – This new album will certainly make a lot of people pay attention. Coming from The Netherlands, there are many bands from your area including Pestilence, Epica, Within Temptation, The Gathering, the list goes on. Have any of these bands influenced you, or do your influences come from outside The Netherlands?

Caroline Westendorp – Actually, it is a funny story. For this record, we started working with our people besides our own band members. We started working with Swedish Songwriter/Producer Daniel Gibson and also Robert Westerholt of Within Temptation, he and Sharon den Adel are the main writers behind Within Temptation. He really showed us his expertise and take on Metal.

CrypticRock.com – That is very cool. My last question for you is pertaining to movies. CrypticRock.com covers music and Horror/Sci-Fi films. If you are a fan of the genres, what are some of your all-time favorites?

Caroline Westendorp – I am actually a huge pussy (laughs). I watched a few Horror movies and couldn’t sleep for days.

Mathijs Tieken – I am a big fan! The Babadook (2014) is amazing. It is like a new Horror genre and it is great. Literally every shot is uneasy. I was also blown away by It Follows (2014) because they don’t actually show many scary images, but they imply the constant sense that something could go wrong at any second; it is really great. The ’80s styled soundtrack as well, which is out of place at times, it is great. 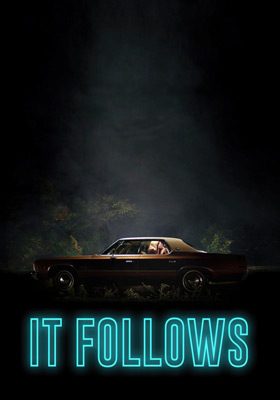 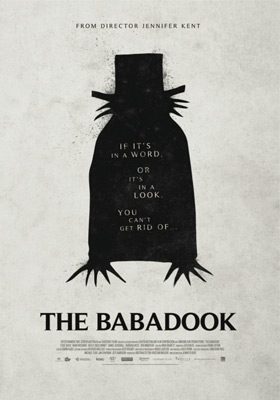 CrypticRock.com – Yes, It Follows’ time period is not disclosed and you really do not know when it is taking place.

Mathijs Tieken – What is also so great about the film, in almost every climax scene, the threat is the slowest thing ever, it just a slow creeping. Horror movies have really stepped up in recent years.