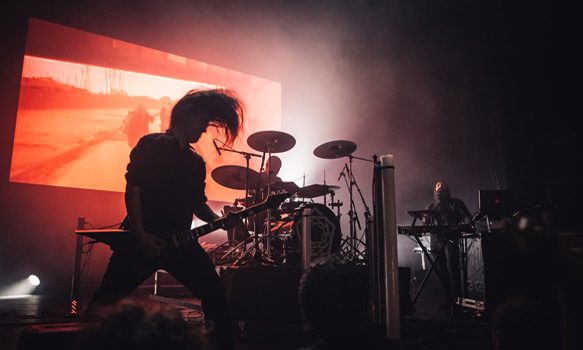 Many would argue the 1980s was the golden age for Horror and Sci-Fi cinema. A delightful mix of genres ranging from psycho killers, to zombies, to hellish creatures, at the base of the terror was each film’s respectful soundtrack. Growing up on a healthy dose of such warped synthesized based sounds comes the musical project Carpenter Brut.

A vision of a mysterious composer who lets the music do the talking, Carpenter Brut offers a trippy journey into cinematic soundtrack styled music. Recently releasing a trio of EPs in one package called Trilogy, Carpenter Brut are set to travel to sea for their first ever North American headlining tour. Bound to enchant many in the process, the discrete man behind the music sat down to talk the vision behind Carpenter Brut, influences, future plans, and much more.

CrypticRock.com – The music of Carpenter Brut is quite a unique mix of styles. First, tell us, what was the inspiration behind the project?

Carpenter Brut – At the very beginning it was Justice, now I would be much more inspired by Prog Rock artists like Toto, Supertramp, etc.

CrypticRock.com – Interesting, the music clearly takes the front seat with Carpenter Brut with no distinctive faces to associate with it. Do you feel this approach adds more potency to the music’s effect?

Carpenter Brut – I wanted my music to be composed as a movie soundtrack. For each EP, I imagined a global scenario. Each track corresponding to a scene. In addition, I must admit that I have trouble finding singers for my songs. So the choice to make mostly instrumental tracks is also related to this parameter (laughs).

CrypticRock.com – (laughs) Well, the music speaks for itself without vocals needed. Listening to the music of Carpenter Brut is like a trip back in time to when Horror films possessed eerie, synth-based soundtracks and New Wave dominated airwaves. Is it safe to say you are influenced by that era?

Carpenter Brut – I grew up in the ’80s and have always been a big fan and consumer of Slasher/Horror/B-movies as well as blockbusters such as Predator (1987), Robocop (1987), The Terminator (1984), etc. Not only did I find that these films were totally badass, but their soundtracks were too. Music was an integral part of the movies, that’s what I enjoyed.

The ’80s were an incredible era to be a kid: it was the advent of the first computers, early video game consoles. It was also a period where there was enough money to produce movies with original scripts. Artistically speaking, a rich and free era. I guess that it is for these reasons that my music is kind of rooted in that time. 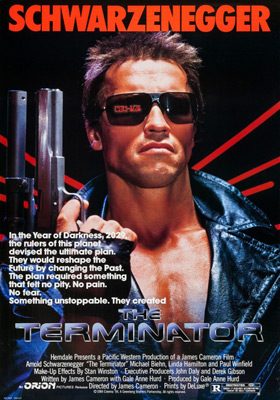 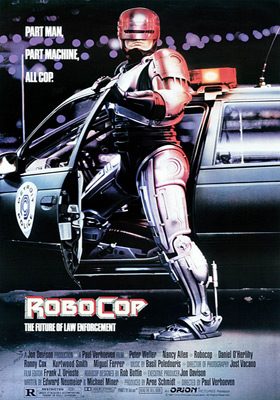 CrypticRock.com – There is no question the soundtracks always played an intricate part in ’80s films, particularly in the Horror/Sci-Fi genre. There is really something unique about the atmosphere a synthesizer can create. If Carpenter Brut could compose a soundtrack to a Horror film, what would you envision that film to look like.

Carpenter Brut – It would be about love and violence with a serial killer involved, femme fatales or zombies. Well, these themes are mostly my source of inspiration when I compose.

CrypticRock.com – Perhaps one day a Carpenter Brut film will come to fruition, or perhaps a film featuring the music of Carpenter Brut. The late ’70s into the ’80s was really a unique time for music and film when it came to synth-based creation. What do you think made this style so special?

Carpenter Brut – I think people are nostalgic for the ’80s. As I said before, back in these days, people tended to have more freedom and creativity in the production of their art. There was not yet the notion of marketing at all risks, formatting of the art. Money was not the only purpose. Perhaps this music style reminds of these years of frivolity and carelessness.

CrypticRock.com – Very interesting point. Why did you choose to release three EPs and then re-package them as the full-length, Trilogy? Will your next release be an EP or a full-length?

Carpenter Brut – I did this because I wanted to have a trilogy with 6 tracks on each EP. 666 sounded good to me. My next release will be a full-length. 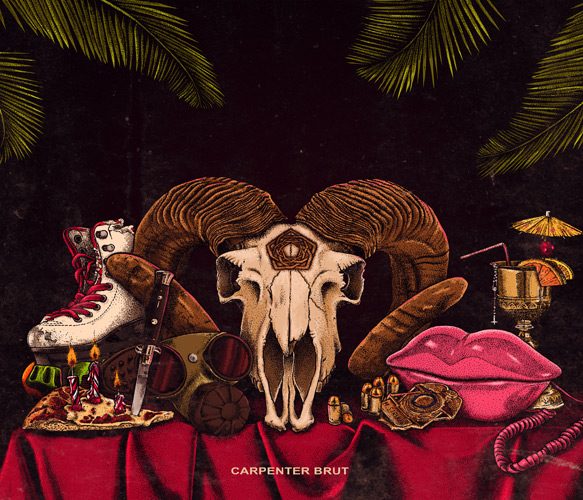 CrypticRock.com – Well, the Trilogy release is quite a wonderful musical journey, it will be exciting to hear a full-length record in the future. Carpenter Brut actually made a visit to North America last fall for select shows with Ghost. How did Ghost fans react to your music?

Carpenter Brut – We had a very good reception from Ghost’s fans. Obviously, we knew that the majority of the crowd was there only for Ghost so they were pretty calm. Some were very curious about our music, some liked it (and we gained more fans) and others were just indifferent. We just had one “fuck off,” not so bad.

CrypticRock.com – (laughs) Well that is positive to hear. Carpenter Brut is actually set to return to North America for your first full headlining tour with shows March 8th through the 25th. What can those unfamiliar with Carpenter Brut expect from these live performances?

Carpenter Brut – A show with musicians on stage, video on a big screen, and choreographed lights. A full hour show where people will sweat, dance, and sing along and globally I hope… having fun. 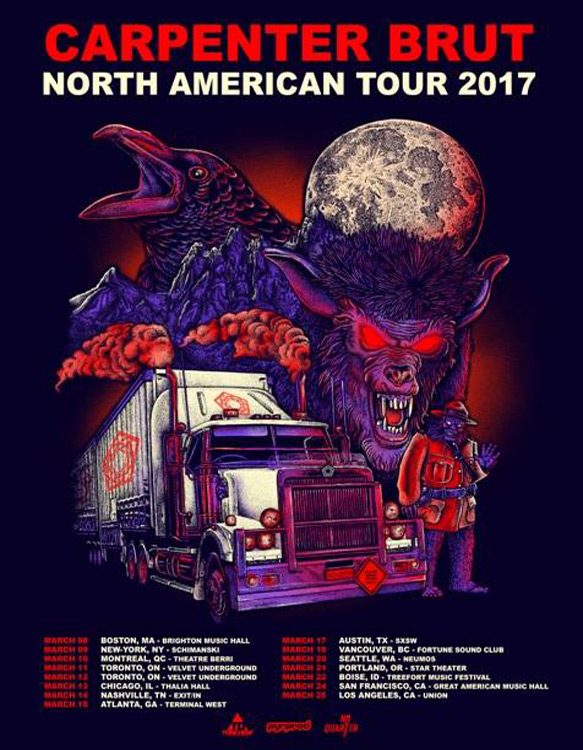 CrypticRock.com – Fantastic, well considering the music has an extremely high cinematic quality, it should be quite interesting. You mentioned a few of your musical influences earlier, what are some more of your personal influences as a musician?

CrypticRock.com  – That is a very exciting, diverse mix of Rock and Metal. My last question for you is pertaining to movies. Clearly you are a fan of the Horror and Sci-Fi genres. That said, what are some of your favorites.
films? 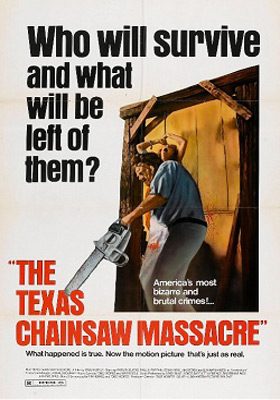 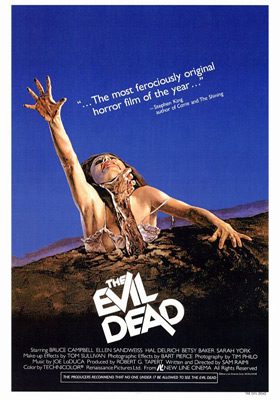