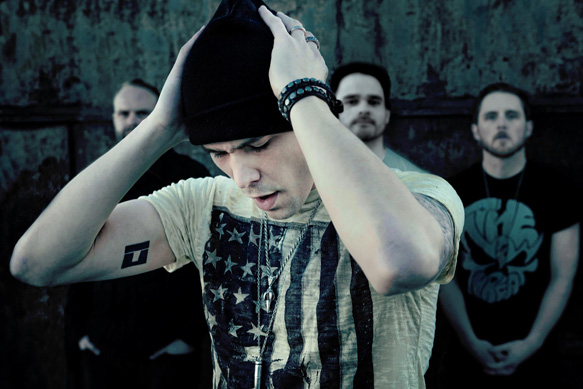 Dedication, drive, and determination are 3 key elements to success in anything in life. Making it in music is one of the hardest feats to accomplish and only a select few do so. Trapt etched their own path to success with a passion to bring their music to the masses. That all came together over a decade ago with the release of their major label debut Trapt (2002). The record spawned the hits “Headstrong” “Still Frame”, and “Echo”. The band has kept that momentum going through the years with a string of solid rock records. Looking to fortify their legacy in rock Trapt took a bold move in 2012 breaking free from record labels releasing their new album Reborn independently in 2013. With their fate in their own hands the band is looking to make a bigger splash than ever before in the coming year. Recently we sat down with lead singer and songwriter Chris Taylor Brown for a personal look at the drive behind Trapt, willing to take risks, staying true to uncompromising visions, and much more.

Crypticrock.com – Trapt has been around for over 15 years now. It has been a long hard road from the beginning until the point in 2002 when you released your self-titled major label debut, which went platinum, and you also had massive success with your hit “Headstrong” with many singles to follow. How difficult was it in the beginning trying to get people to see what Trapt had to offer?

Chris Taylor Brown – It was a lot of playing local shows, getting our fan base up in the Bay Area, and we sold out the local Club X there. We had a 4 song demo and we just kept grinding until labels started getting interested in the band. 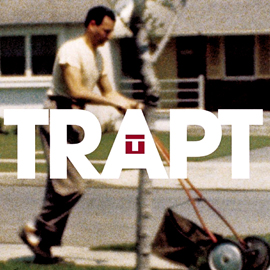 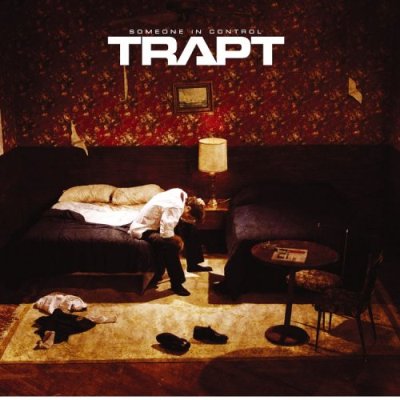 Crypticrock.com – Yes, and it definitely paid off in the end. It is kind of exemplified with the single “Headstrong” back then because you obviously were headstrong to succeed. Now you have released 4 full length albums since that major label debut in 2002. The best way to describe the band and the music is consistent. You continue to pump out solid rock record after solid rock record. What do you think the key to keeping things fresh all these years later?

Chris Taylor Brown –  Just making sure you listen to as much other music as you can and get as many influences under your belt as you can. You really try to bring out what you love the most of all your influences and make something you love yourself. That is what we’ve always done with every record, try to make every song a great song. 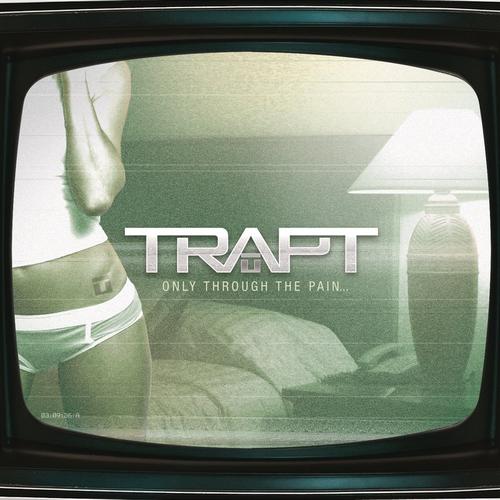 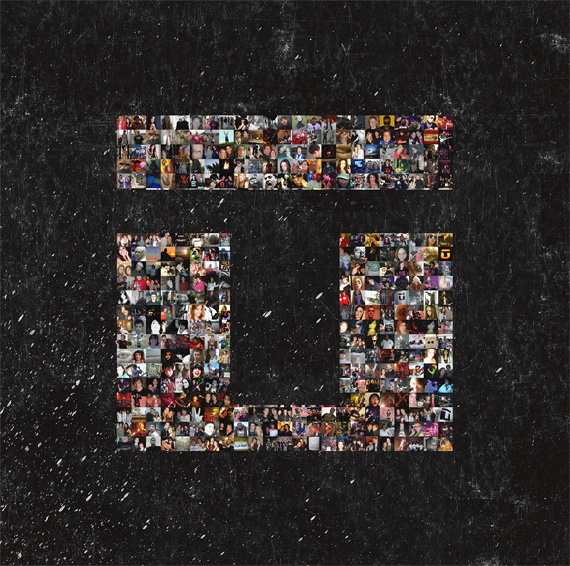 Crypticrock.com – Absolutely. Now last year, in 2012 the band had some changes in the line-up and you welcomed in new members Dylan and Travis. The one thing that has remained the same is yourself and Peter. Tell me a little bit about your friendship and your musical compatibility with Peter sustaining this long relationship?

Chris Taylor Brown –  We’ve know each other since the third grade and we just have always stuck together as writers. We still have a good chemistry together when we write. I do most of the guitar stuff, all the lyrics, make sure the songs are structured right, and all that good stuff. Pete lays down the solid bass lines.

Crypticrock.com – That’s cool and it definitely has worked for you guys because you have been together that long as well as friends for that long. You released Reborn in 2013. The album title is rather reflective of the mindset of the band at the time, you just had changes in the line-up, you worked on the record independently, and above all the sound is different than previous records. What was the writing and recording process like for this new record?

Chris Taylor Brown –  With this one we were definitely able to write songs, hit the studio to record a few, and then do that again every month or two. We’d then look at the previous songs and make changes to them as we needed. We took nine months, which is the longest we have ever worked on making a record. It was a cool way to do that because we were really able to take the time and look back and change what we wanted to change on certain songs to make the songs as perfect as you can make them. We were able to add some really cool programming, different programs that are now available that weren’t really used in the past, so we were really able to take advantage of technology.

Crypticrock.com – Yeah and the record came out great. Now you produced the record yourself, how did you feel about having that freedom to do what you wanted with it?

Chris Taylor Brown –  It was great. I’ve learned from great producers such as Garth Richardson, Don Gilmore, and Johnny K on how to make sure a record sounds good. I basically was able to take all that knowledge and use it for our record. 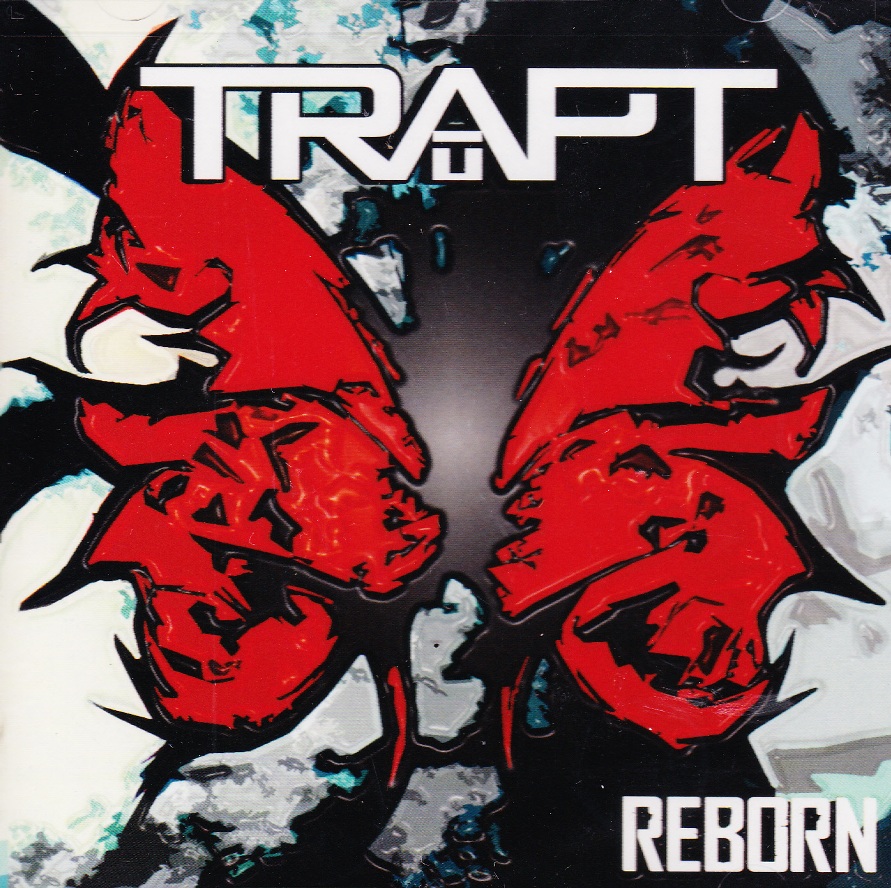 Crypticrock.com – The best experience is first hand learning. You have developed quite your own sound over the years. The guitar tones, combined with your vocal style, are probably the most pronounced elements behind Trapt. Another aspect which defines Trapt is the revealing lyrics. What are the inspirations behind your lyrics?

Chris Taylor Brown –  Oh man, just life in general. Seeing how people interact with each other, things that I have gone through, and I use it all to tell a story.

Crypticrock.com – They really do seem to be very personal lyrics. I do notice as well on some of the albums you tap into some political stuff a little bit. “Sound Off” is a very political song I believe. Tell me your take on it as it is your song. 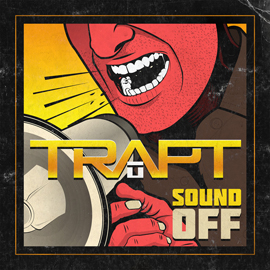 Crypticrock.com – I completely agree and understand that. Now as you said you obviously have learned a lot over the years being a musician and involved in the music industry, you’ve seen the good and the bad. What is one of the key things you learned about this industry?

Crypticrock.com – That definitely is essential to work with a good group of people out for the same goal as yourself. With that knowledge you have taken things into your own hands per say and with that said you have formed your own record label correct? What are your plans for it in the future? Will you stick to rock or explore other genres?

Chris Taylor Brown –  Yeah, Crash Collide Records, that is what Reborn is on right now. Right now it’s just Trapt. We’re just trying to get to the highest level we can with Trapt and then we will focus on other stuff, but anything that’s good. That’s what I foresee.

Crypticrock.com – That sounds very exciting and a like a great new project to take on. I’d like to know what some of your musical influences are.

Chris Taylor Brown –  I’d have to go with grunge, early 1990’s, and all of the nu-metal. Linkin Park, Disturbed, Korn, those are bands I looked up to and to be able to play with those band is amazing over the years on different radio shows. In college, basically getting into Pink Floyd, U2, and Fleetwood Mac kind of rounded out the influences.

Crypticrock.com – It’s good to have well rounded amount of influences because it all bleeds through in the music one way or another. What is up next for Trapt? Obviously the record was released earlier this year and you did some touring for it. What can fans expect next?

Chris Taylor Brown –  We’re going to keep touring and promoting the album. We’ll maybe re-release it next year with added tracks and just keep pushing the record. It’s really been rewarding to see so many fans come out and sing along to the new stuff.

Crypticrock.com – That has to be rewarding to see that. Will the re-release edition of Reborn addition tracks be ones which were recorded during the making of the record or brand new tracks?

Chris Taylor Brown –  No if we add anything to the album it will be new stuff.

Crypticrock.com – Excellent and that is something to look forward to. My last question for you is regarding films. Crypticrock.com is a rock/metal and horror news site so we like to focus on all genres. Are you a fan of horror films and if so what are some of your favorite horror films?

Chris Taylor Brown –  Oh man I love all the Paranormal Activity movies, those movies are great. There are all the Saw movies. Those two franchises are probably my favorite. All the movies about being possessed are interesting.

Also pick up your copy of Reborn on iTunes