Writer, director, and producer Christopher Landon has been making a name for himself in the Horror genre for well over a decade now. Following in his father, famed actor/filmmaker Michael Landon’s footsteps, Christopher got his start in the industry at a very young age. With an impressive list of films under his belt from 2007’s Disturbia, Horror-Comedies like Scouts Guide to the Zombie Apocalypse, to many of the films in the Paranormal Activity saga, Landon has clearly got the writing and directing chops to carve his own path in the industry.

Now, Landon is back to direct Happy Death Day 2U, an excellent sequel to the successful Happy Death Day. Excited to talk about it all, he recently sat down to discuss the importance of a good movie soundtrack, his career in film, and Happy Death Day 2U – but fair warning, there maybe spoilers!

Cryptic Rock – You have written and directed a lot of successful genre-related films over the last decade, including 2007’s Disturbia, several entries into the Paranormal Activity franchise, and 2015’s Scouts Guide to the Zombie Apocalypse. First, tell us a bit of how you got started in the industry?

Christopher Landon – I took an internship at a production company a long time and was kind of doing mostly grunt work and filing, and back then, Xeroxing, which isn’t really a thing anymore. But they also allowed me to read a ton of scripts, and that was really why I was there. Then, they sort of elevated me to a proper script reader and I would do coverage of all the scripts. That was my big education and also sort of empowered me to think that I could make movies, too.

So I started writing, and then I ended up making a short film in college and it got into a bunch of festivals. Somebody who saw my film asked me if I had a writing sample, so I had given to them a script I had written and they liked it enough to hire me to adapt a book; and that book turned into the first movie that I ever had made. I was actually still in college, which was a pretty cool, crazy thing to happen.

Cryptic Rock – It only takes one person sometimes.

Christopher Landon – It takes one, random person. What I can say, though, is that I was super driven in terms of I wanted people to see my short film. I believed in it. And so I made invitations and cold invited as many studio people as I could find in like a weird book that you could buy. So I was like, “Just come!” And low and behold, people came.

So I had my first movie made, and that was kind of the beginning of my career. But I was young: I was twenty years old when that happened. I didn’t know what I was doing. So, as quickly as my career took off, it shit the bed real hard. And then I went away for awhile and did other stuff, and then I found my way back to writing and eventually directing.

Cryptic Rock – That is an interesting story. Happy Death Day 2U is in theaters on February 13th. Tell us why you chose to take a more Science Fiction route with this movie?

Christopher Landon – Yeah! The guiding principle of the sequel was: don’t make the same movie again. That was very much in the front of my brain because, especially a Groundhog Day type movie where you barely get away with it in the first movie. Just when you’re starting to really annoy people, I was able to kind of mix things up. I knew I didn’t have that luxury this time around. So, for me, a big part of it was shifting the tone and the genre a little bit. By introducing the Sci-Fi element and really dispensing with the sort of Groundhog [Day] side of it—even though there’s still an element of it in the movie—we just don’t lean into it as hard. We’re moving around a lot more in this movie. So those were the things that I thought were really important.

But I’m also just a big fan of subverting expectation, of misleading people in a certain direction, and playing on that idea and then taking a hairpin turn. So by design, I wrote the beginning of the movie with where we’re following Ryan with his time loop because I knew I was going to get rid of it. I wanted people to think, “Oh God, we’re going to be in this thing now with this guy.” I thought, “That’s what a bad sequel would do.” So I wanted to kind of make a joke out of that and then surprise people with something completely different.

Cryptic Rock – Was it a challenge to keep the film feeling fresh? Especially since we see Tree (Jessica Rothe) going back to experience the same day as in Happy Death Day?

Christopher Landon – It wasn’t hard because I knew that I could change everything whenever I wanted to whenever it made the most sense, and it made the most sense when it was something personal to [Tree]. So, her relationship with Danielle, Danielle is her frenemy, but now Danielle is super nice. How does she process that? Her relationship with Carter, but wait, he’s dating Danielle, so how does she process that? And of course, the most important aspect of the film which is, of course, her mom is here. How does she deal with that?

So I was allowed to keep taking things that people were familiar with and then turning them upside down. That, for me, was the real joy of writing the movie and making the movie, because I knew that people would never be able to guess where it was ultimately going.

Cryptic Rock – You also subvert the traditional movie heroine. Tree is completely different from what you would expect, and Jessica Rothe is such a great actor, as well.

Cryptic Rock – The whole cast is full of fresh faces, too. It is really exciting to see instead of the same, big name actors we usually see.

Christopher Landon – It has gotten so much better. You see more representation, you see new people, as opposed to all these cookie-cutter, high-cheekbone pretty people that round out your whole cast. It’s super boring. So for me, I was really fortunate to have this super awesome cast full of talented people.

But yeah, Jess is an amazing actor. She’s so versatile. What we both really embraced about the character and the movie is that she’s not a victim. She’s really strong, and at every turn she takes matters into her own hands, and I really liked that empowerment. In this movie, she has to memorize all this crazy math. That was about having to take ownership of a situation and figure her way out of it. I also love that in this montage—I wanted to do another montage, but flip it again—but this time she’s like, “I’m not going to let some random person take my life. I’m going to reset my own day and I’m going to do this on my own terms.” That was a consistent thing that we wanted to push forward: that she was this very independent, really strong character.

Cryptic Rock – That montage was one of the best parts of the film; it was very dark Horror-Comedy. That said, what are some of your favorite Horror and Sci-Fi films?

Christopher Landon – It’s a long list, so I’ll try to pare it down. The films that really shaped me—a lot of it is the classics, so a lot of Carpenter stuff. So Halloween (1978) and The Thing (1982) are really important movies to me. But then, Big Trouble in Little China (1986) is a huge one for me, too, because it blended a lot of different things. I’m a huge Raimi fan, so The Evil Dead (1981) is a big one for me. Evil Dead II (1987), especially. But more sort of the classic stuff like Rosemary’s Baby (1968) because I love Thrillers. Even a lot of Hitchcock stuff.

Then there’s also the weird, obscure stuff like a movie called Alice, Sweet Alice (1976) which is freaky as hell and crazy and scary. And the original Black Christmas (1974), which is fantastic, because to me it’s like the granddaddy of the “caller in the house” movies.

Cryptic Rock – And you never find out who it is!

Christopher Landon – It’s so good. And the performances in that movie are incredible. That movie is so good. Talk about the most likable, flawed person in a Horror film. I also was raised on a lot of of Argento’s films and the original Suspiria (1977). Shockingly, I’ve not seen the new one yet, I’ve kind of been wrestling with it.

I was raised on Horror films and watched everything growing up. I still do or try to, so it’s a big part of my life. 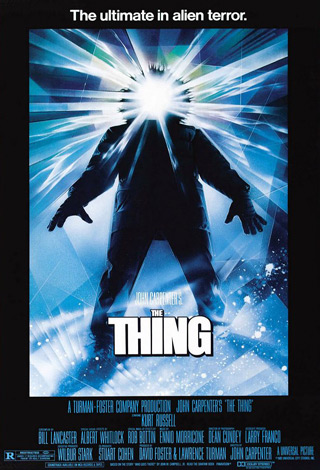 Cryptic Rock – Very cool. Let’s talk a little about the soundtrack of Happy Death Day 2U. The cover of “Stayin’ Alive” by Lizzo is amazing, and Bear McCreary’s compositions are incredible, as well.

Christopher Landon – I fought so hard for that. I couldn’t find a song to end the movie with and I knew that if I could, I wanted to create a cover of “Stayin’ Alive.” I was lucky enough that I knew [Lizzo’s] manager, and I just crossed my fingers and I begged.

Cryptic Rock – That is great it worked out. It fit so well.

Christopher Landon – I showed her the movie and she really dug it, and I hope that was the thing that pushed her forward. So whenever I make a movie, I make soundtracks for all the projects that I work on. For this one, I just have tons of songs that I would listen to. While I was writing it, I would play tons of songs for the cast when we were shooting stuff. Ultimately, I find the music for the movie that way. I’m on Spotify a lot.

Music is insanely important to me. Working with my composers is one of my favorite things to do. I even have a very distant, slight, musical background. I scored my first short film, so I love it.