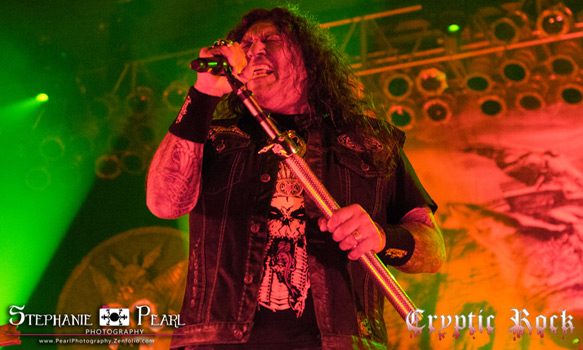 While bands like Metallica, Megadeth, and Slayer have been some of the most commercially successful Thrash Metal bands through the years, Testament arguably has been the most consistent. Originally come together under the name Legacy back in 1983, through lineup changes and more, Testament has stood tall, rightfully earning the crown as Thrash Metal icons.

Busy touring around the world, connecting with longtime fans, as well as connecting with the new generation of metalheads, many were itching for a new album, and in 2016, Testament delivered one of the year’s best Heavy Metal records with Brotherhood of the Snake. Amped for their forthcoming North America tour featuring Sepultura and Prong, Testament only have one thing to say – let the fury begin! Recently we caught up with Lead Vocalist Chuck Billy to talk the longevity of Testament, the work behind Brotherhood of the Snake, the upcoming tour, and more.

CrypticRock.com – Testament has been a leader in American Thrash Metal for over thirty years now and through the Metal world’s varied shifts, the band has survived. What do you think has been the key to the band’s survival through it all?

Chuck Billy – Just hanging in there, I think a lot of bands hung it up as times changed, the music scene changed, the business changed. I also think it is just the threat of writing a good song and going out touring, playing them. I think that is all of us, all of us, this is what we want to do, and I don’t think we really know what else to do (laughs).

At this point in our life, I don’t think we would want to hang it up or try and figure out something else to do in life. Just hanging in there and focusing on the music. I think in the end, the records we have released over time, I would say over the last 10 years, I think we have definitely fine-tuned it. I think we have found what Testament’s sound and style is in our more current records right now. 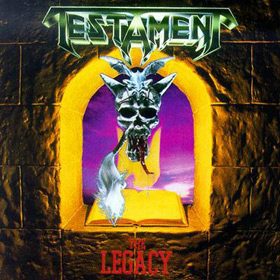 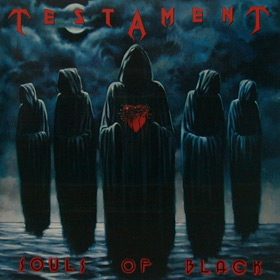 CrypticRock.com – Absolutely, and Testament does have a distinct sound. One thing you can say about Testament is you are probably one of the most consistent Thrash Metal bands out there.

Chuck Billy – That is tough. I was a little nervous going into Brotherhood of the Snake. Going into the recording studio, usually we have demos done and the songs are all arranged. This time it wasn’t like that, it was very different. I was kind of nervous thinking, “Oh shit, are we fucking up going in too soon, and if we do a bad record, how are we going to dig out of that?” You always have that in your mind.

Coming through with this record especially, the way it came together, and the way it turned out. Thankfully we have guys like Steve Di Giorgio, Gene Hoglan, and Alex Skolnick playing in the band. Without guys like that, who knows what would have happened.

CrypticRock.com – Brotherhood of the Snake is a very strong record, it is probably one of the better ones that came out in Metal in 2016. You had said how Testament has found their sound over the last decade. That said, the band has found a nice mix of classic Thrash Metal and Death Metal elements. This record has it all.

Chuck Billy – I think I have found a comfortable flow of combining everything. Where some records we have done in the past, say Demonic (1997) and Low (1994), those were a different style of writing, more to a Death style. I did try singing on stuff, but I wasn’t feeling it. I think over the years after that record, I really kind of found a way to use them both. On this new album, I think I really found the consistency of singing as well as the death voice, where it is not overdoing it too much and putting it in the right places. I feel I have done that especially on this record. 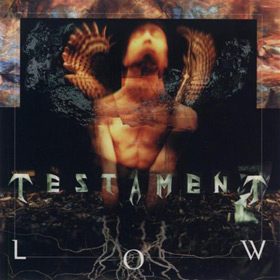 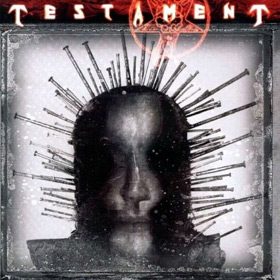 CrypticRock.com – Exactly. One can imagine people will ask you how do you decide where to use what style. Is it really a matter of what needs what?

CrypticRock.com – Usually your gut feelings are the right ones. Testament have certainly done their share of touring through the years, and now, in support of the latest album, you are hitting the road this spring with Sepultura, Prong, and Infernal Tenebra. How excited are you for this run?

Chuck Billy – We are fired up. Especially for the fact we have the new record and we have not played it for the US yet. We are playing five new songs off the record. We are fired up to have Sepultura and Prong with us. It is a great lineup, they are really strong bands. I think it is a great bill, we are trying to keep it at a low ticket price. It is going to be a good show, there is a lot of action going on. There are a lot of bands coming through this time of year so it gets tough for people where to spend their money. I feel we have a really good package and a really strong record to tour off. We have not toured it in The States so we are fired up, we are really looking forward to it. 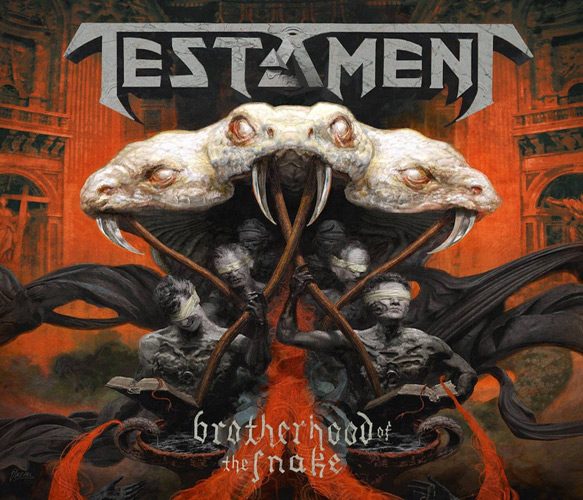 CrypticRock.com – It will be exciting to hear the new tracks mixed in with the classics. Testament always does a sensational job of teaming up with other bands, whether it be going out with Exodus, Megadeth, or Slayer. What has it been like sharing the stage with all these other great bands through the years.

Chuck Billy – It all begins with having a great agent. We are fortunate to have a great agent. They get it, they know what works and what doesn’t. In the past, we tried tours with newer Metal bands, and maybe it wasn’t the right choice. When we team up with bands that are more in our genre, from our era, or maybe do not come around so much, it seems to work out better. We found out with Death Angel and Anthrax.

We went back to a classic, old school band lineup and it really worked. We kind of said, “I guess agents were right, they knew that does work.” We kind of take that same approach. We are trying to find a cool package where fans go “Yea, Sepultura, Testament, and Prong, I want to see that!”

CrypticRock.com – Absolutely. It is a great lineup for sure. What is also very interesting, talking about the changes in the industry, going back a decade ago, Thrash Metal was not very popular in the mainstream. It seems over the past 5 years or so, bands such as Testament, Exodus, Overkill, Slayer, etc are getting the attention they deserve.

Chuck Billy – I think it is something that has to do with the music and the style of music. There are more bands starting to write music that is more in the Thrash vein. Even the newer bands, there are always going to young bands coming out with hard agressive music. You do that, end up picking up your pace, all of a sudden you are a Thrash band. 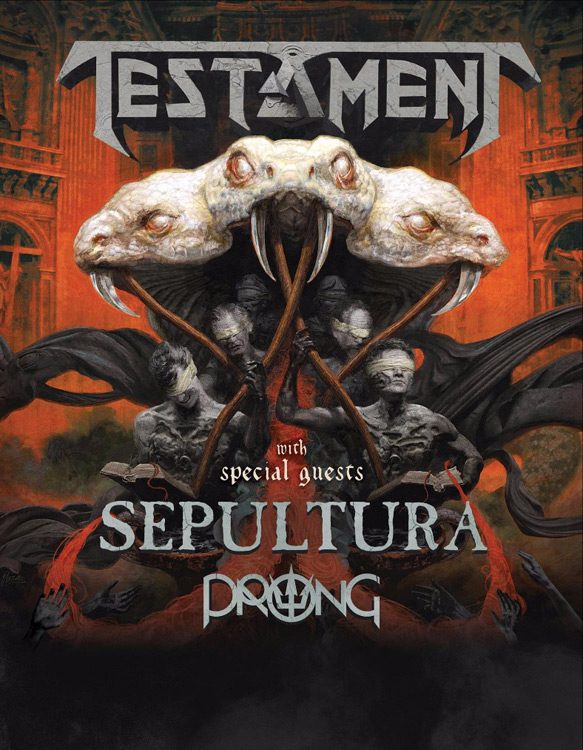 CrypticRock.com – That is true. You can see the influence Testament, among others from the Thrash golden age, have on these younger bands. It is great to see it all coming full circle. My last question for you is pertaining to movies. You had mentioned, last we spoke, you are a fan of Horror films. Have you seen any new Horror films you enjoyed lately?

Chuck Billy – I haven’t really had much time. The reason why too, my wife is not the biggest fan of it. When it comes to movie decisions, I lose most of the time (laughs).

CrypticRock.com – (laughs) Understood. You had mentioned some classics. What are some of your favorite classics you have?

Chuck Billy – Well, Eric Peterson brings a lot of cool stuff on the road. Nosferatu (1922) is pretty sick. Eric is really into it, so I get to see what he brings on the road. He likes to watch counitious stuff, he will just have the same movie rolling over and over on a tour in the back lounge. Those are ones he brings that we always like to watch. 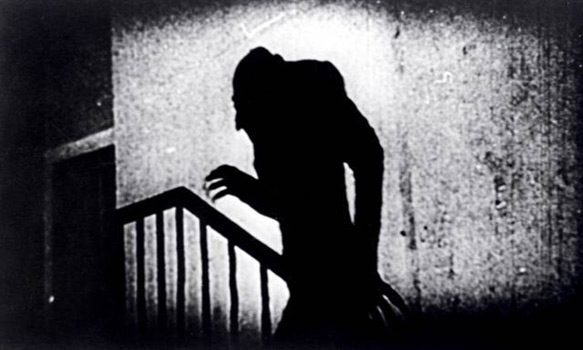 CrypticRock.com – Nosferatu has a texture to it that makes for a great viewing experience.

Chuck Billy – Exactly. The texture in that filming, the way it moves and looks. It is spooky, I like that style. Just the way those were filmed, it almost reminds when I was younger and you would do crank, you are a little antsy, you are a little edgy, and can’t sit still. That is the way those films make me feel a little bit. The way they look, moved, it was just trippy. They really make me anxious for some reason.