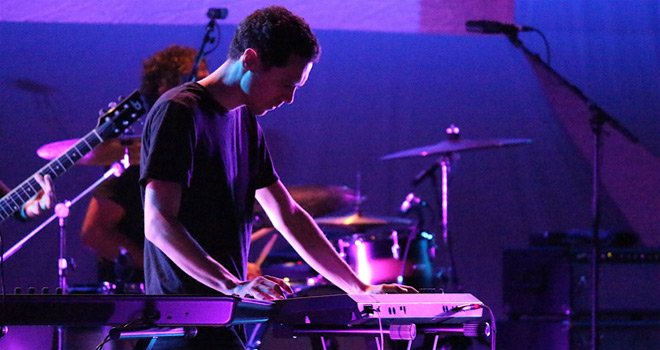 Music and film seemingly go hand in hand, one complements the other. Growing up with cinema and music in his DNA, Cody Carpenter has grown into a formidable musician, working solo on projects, collaborating with his father John Carpenter, among many others. With a list of credits dating back to his teenage years, most recently Cody has toured the world with his dad performing original music as well as classic movie themes, churned out a few of his own records, and much more. Recently we caught up with the passionate composer to talk his love for music, working with his dad, collaborating with others, his latest album, Cody Carpenter’s Interdependence, plus much more.

CrypticRock.com – You have been surrounded by music essentially your entire life. With a family rich in music, at what point did you realize you wanted to pursue music further?

Cody Carpenter – It was never really a conscious decision to pursue music, As you said, it’s really just always been around me. I’m not even sure if I’m really pursuing music now! It’s easier for me to say I’m just having fun doing what I enjoy and taking pleasure in entertaining others through music.

CrypticRock.com – When you are enjoying what you are doing, is it ever really work? Speaking of which, you have worked closely with your dad, John Carpenter, and Daniel Davies, on a series of really wonderful records in recent years. Most recently, in 2017, you three released Anthology: Movie Themes 1974-1998. What has it been like to work on these recording projects?

Cody Carpenter – Thank you! It is always a fun and casual process working on music with Daniel and my dad. Those records were each made under quite different circumstances, however. The first Lost Themes (2015) album was made while I was in Japan, with the three of us exchanging ideas long-distance. The second Lost Themes II (2016) album we were all together for, and the Anthology album was more focused on arrangement, and thus no new songwriting was needed. 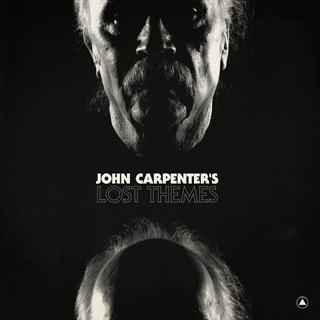 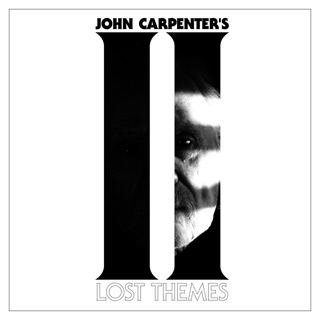 CrypticRock.com – Very interesting! Well, they came out great. Beyond each album, you have also done some touring in recent years, playing all around the USA to large crowds. What have those experiences been like and can we expect more touring in 2018?

Cody Carpenter – The tours have been great fun! In 2016, we toured around Europe, and it was my first time in the majority of the countries we visited. The crowds everywhere have been fantastic, which makes it all worthwhile. There are no current plans for any more tours, but of course I’d love to do it again!

CrypticRock.com – It will be exciting to see if more is to come in the future. In 2017, you also released an album under the name Ludrium. A really great Synth Rock influenced record, what was the writing and recording process behind Alternate Universe?

Cody Carpenter – The music I generally write on my own is for the most part instrumental, so I wanted to make an album of vocal music, as I myself am not strictly a fan of music without words. I also wanted to make something a little more accessible to the casual listener, so I forced myself to write more traditional Pop structured songs. 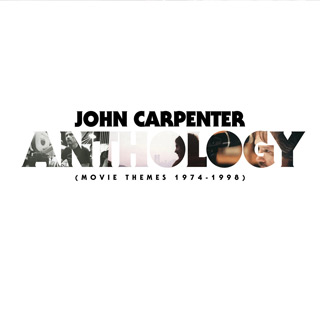 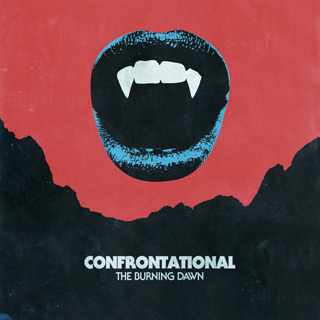 CrypticRock.com – It works well! As a musician, you have also done your share of collaborating with others, including a collaboration on Confrontational’s 2017 Burning Dawn album. It is really a fantastic record. How did you become involved with that project?

Cody Carpenter – Massimo contacted me a while back in 2014 or 2015 and asked me to contribute a Synth solo to his album, A Dance of Shadows. I enjoyed the demo he sent me, so I agreed, and have since contributed a little bit to his subsequent albums.

CrypticRock.com – Massimo really has quite a unique musical vision. Could you foresee the possibility of working with him and Confrontational more in the future. Maybe even performing live with him?

Cody Carpenter – Yes, he does! I’m glad he’s getting the recognition he deserves. As long as he can make use of me I would be glad to contribute to his music. Performing live might be a little difficult due to schedules, money issues, and locations, though…

CrypticRock.com – It seems you two work well together, so that is also something to watch out for. On January 26th, you will release Cody Carpenter’s Interdependence. What was the inspiration behind this new record?

Cody Carpenter – Unlike the past number of “albums” that I had put out on my own, I wanted to get some other musicians involved to make it more of a ‘band’ effort, even though I wrote all the songs. I asked Jimmy Haslip, whom I had worked with around 10 years ago on a project that never came to fruition, if he was interested in playing on the album, and he was! It all went from there.

CrypticRock.com – Very cool. The album has a very warm production quality. That in mind, what was the writing and recording process like?

Cody Carpenter – The mixing was all done by the amazing John Spiker, who played bass for the John Carpenter tour both in 2016 and 2017. He’s brilliant! Some of the songs on the album are quite old, with “The Procession” being something I wrote at least 5 years ago. A lot of the music was written out of improvisation. I recorded the keys, guitars, and some bass at my place, while Virgil and Scott recorded their drums at their respective studios. I recorded my drum parts at the studio of Burleigh Drummond, drummer for the group Ambrosia. Jimmy recorded his bass parts at my place and PJ sent his wicked guitar solo at the end of “Nebulous is the Power” from Austria! 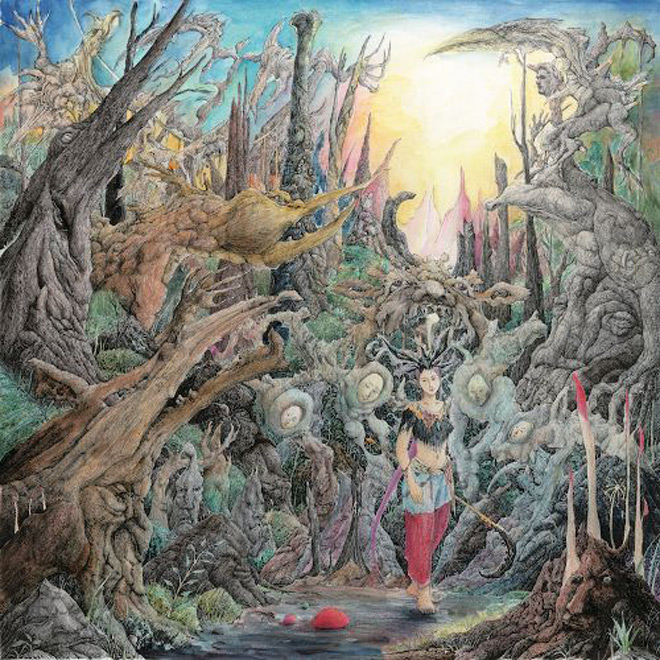 CrypticRock.com – You certainly accomplished a band vibe this go around. Speaking of which, your music clearly has a cinematic flare. Beyond the obvious influences, what are some of your other musical influences?

Cody Carpenter – My biggest influences are Vince DiCola, Prog Rock groups like Genesis, Emerson, Lake & Palmer, as well as Fusion group Return to Forever, and the game music I grew up with!

CrypticRock.com – That is a nice selection of some great artists. Creating an atmospheric, ambient instrumental soundtrack is truly an art. When you sit down to compose, what frame of mind do you find yourself in to create imagery through sound?

Cody Carpenter – If there is an image that is being scored to, my preferred way of composing, similar to my dad, is mostly improvisation. Without an image, I find that just sitting down with an instrument and seeing where it takes you is my favorite way to write music. Sometimes it works, sometimes it needs heavy editing, but that generally produces results that I’m most happy with. 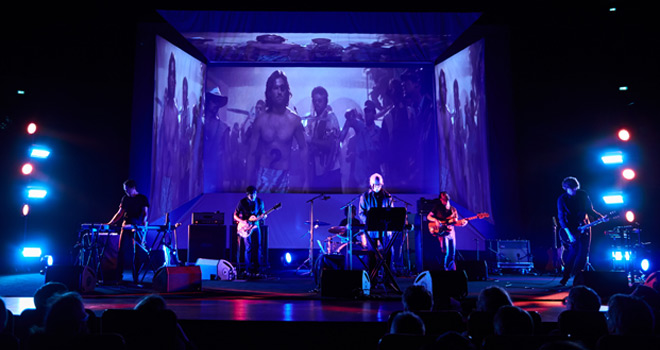 CrypticRock.com – That is a good practice. As mentioned earlier, you have been surrounded by music your entire life, from your grandfather to your dad, and beyond. Your dad, John, has built a legacy not only as a great filmmaker but composer. What are some of the most important things he has taught you about creativity and approach?

Cody Carpenter – My dad is very much an advocate of improvisation and taking a more free-flowing approach to composing music, and this is something that has influenced me greatly. My dad also is of the mindset to just keep creating regardless of the outcome. When upcoming filmmakers and composers have asked my dad for advice, that is usually the advice he gives. I very much agree!

CrypticRock.com – Usually the best work comes when you are improvising. You simply do not know what will come of it. Last question. We also cover Horror and Sci-Fi films on CrypticRock. If you are a fan of either or both genres, what are some of your favorites and why? 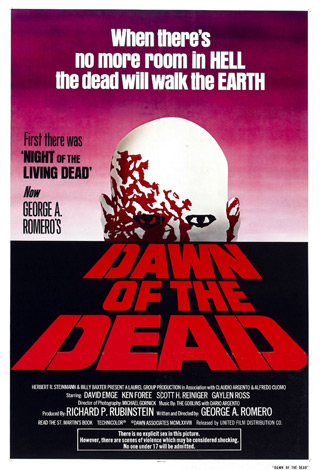 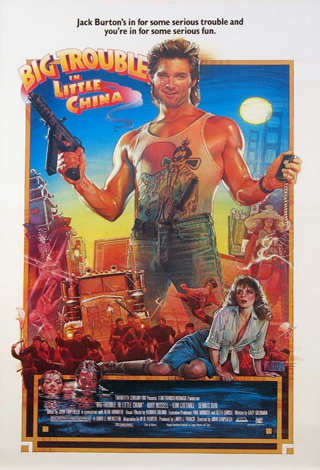