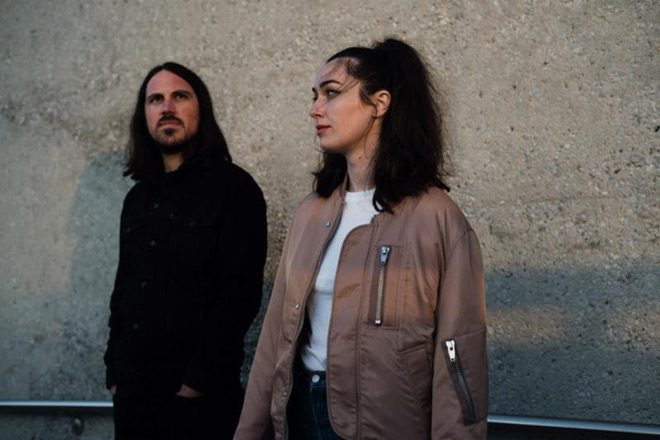 Back in October 2017, Cults returned after a four-year hiatus to deliver Offering, a uniquely modern, fully eclectic take on all things deliciously noir. The New York duo – made up of Madeline Follin and Brian Oblivion – initially got their start in 2010 while still film school students. Finding themselves quickly signed to Lily Allen’s In the Name Of label, the duo would release a pair of videos that featured the likes of Emma Roberts and Dave Franco, among others. Their self-titled debut hit shelves in 2011 with follow-up Static releasing in 2013.

Fast forward through their hiatus, and we ultimately arrive back to October 2017 and their third release, Offering. Determined and dedicated to the road, the very busy Cults recently took a moment to sit down to discuss their third release, creative chemistry,  inspirations, and much, much more.

CrypticRock.com – Coming together back in 2010, Cults has achieved a great deal of success with two highly-charted albums, touring, and now you are back with a new album, entitled Offering. Through the past 7 years, what has the journey been like for the band?

Madeline Follin – It’s been crazy! When we started writing songs together, our greatest ambition was to maybe play a couple shows opening for our friends’ bands while finishing college. The fact that people connected with them over the internet took us completely by surprise. When we released our first three songs they were literally the only pieces of music that either of us had ever written. The reality that it is now seven years later and we are still able to do this is awesome and bizarre.

CrypticRock.com – The support for the band has definitely been phenomenal and well-deserved. Now, Cults is a collaborative project. Brian and Madeline, how would you describe the creative chemistry you two share?

Brian Oblivion – I think our chemistry is unique in a bunch of different ways. Madeline is much tougher than I am, and a brilliant editor as well as writer and reality checker. Without her encouragement I doubt I would ever actually finish anything. This has gotten even more exciting as Madeline has progressed as a musician and can push me off the keyboard when I’m noodling too much! She also knows a lot more about music than me in general. Her family is very musical and every time I find something I think is some obscure nugget of a jam she just laughs; I heard Dark Side of The Moon for the first time after we recorded our second album.

In the Name Of

CrypticRock.com – It’s perfect that you have Madeline to guide your musical education, in that regard. To speak further about your music, specifically, you took four years off between the release of your second album, 2013’s Static, and now Offering. What did that time off mean for Cults?

Madeline Follin – In the simplest of terms, it meant everything. We entered a van at age 21 and didn’t exit that van until about 26. That’s supposed to be a pretty formative time, and while we are so lucky and grateful to have been able to travel and play for so many beautiful people, it left a little bit lacking in our personal lives. Getting apartments, solidifying friendships, falling in love: you know all those good things young people are supposed to do? It also gave us a chance to gain some perspective on our music and where we wanted to go in the future. Up until this record, I feel like we were just kind of winging our way through everything. To be honest, we still are, but now we know how winging it works!

CrypticRock.com – It is very important to take time for yourself and that, in turn, feeds the creative inspiration, right? Madeline, you handled drums and keyboards this time around. Did you already play or did you teach yourself during the downtime? If so, what was the motivation to sit down and learn to play?

Madeline Follin – Some of my earliest memories are of playing music with my stepdad. My mom recorded on his records, and my brother started his first band when he was about 15. I mostly played bass but my brother and I took piano lessons in the East Village, and like every kid I took every chance to bang on a drum set that I could. Through the process of touring and even just messing around at soundcheck I felt like I’d improved a lot, but it’s less about technical skill than about understanding how a song works. From the beginning, I felt like I could play, but writing is a very different story.

CrypticRock.com – You are truly a multi-instrumentalist! Now, as far as someone reading this that has somehow managed to not hear Cults yet, your music is truly a delicious amalgamation that feels very hard to categorize or fully explain. How would you describe your sound?

Brian Oblivion – We’re the worst at it! I was trying to describe our music to my dentist recently and I’m just like, “Uh, we’re a Rock band.” The only way I can make sense of it is by evolution. The first record was kind of our early ’60s record. We were inspired a lot by girl-group bands like The Shangri-La’s, but using laptops and keyboards to try and work in that universe. I think Static was kind of our ’70s Garage/Punk-ish record, and now maybe we’re parsing the ’80s? We don’t actually think about these things, we just keep finding new music that inspires us and try to push ourselves to rise to the occasion! 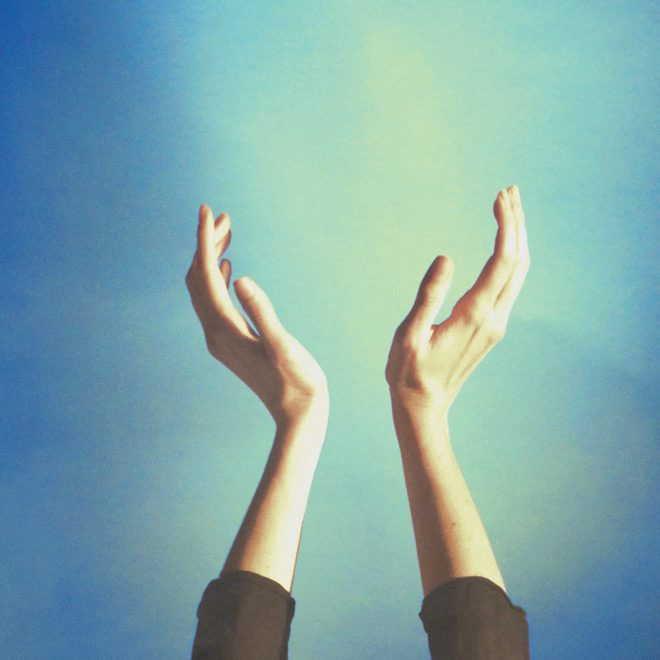 CrypticRock.com – It is never easy to categorize your own sound, because you’re inherently biased. That aside, what was the writing process like for Offering, and where did you find yourself turning for inspiration this time around?

Madeline Follin – Well, for the first time, when writing this record, we had our own personal studio. It was nothing fancy, just a carpeted little room across from Port Authority with a bunch of Metal bands blasting around us. Being off the clock of a professional room allowed us to experiment a lot more. We wrote around five hours of music for this record! That’s one of the things we’ve been up to recently; going through the old tracks and trying to mine for hidden gold.

CrypticRock.com – It certainly would have been interesting if you ended up inspired to create a Metal album! Speaking of headbanging, for your first video from the album, you combine two tracks – “I Took Your Picture” and “With My Eyes Closed” – to create one story that does, in fact, have some headbanging going on. What was the inspiration behind that concept? Is that your film school backgrounds creeping into the picture?

Madeline Follin – Ha! I dunno if our film backgrounds are in the picture as much as the rearview mirror; its still there but its getting a little hazy. We were lucky to be recommended to have a meeting with Director Elliott Sellers early on. He told us he wanted the “I Took Your Picture” video to be about headbanging and we were initially kind of stunned. He told us he came from a Black Metal background and wanted to bring out the physicality of the rhythm. We totally dug it, and three days before the shoot he called again and said he wanted to make two videos in one day. We were down!

CrypticRock.com – It is important to take some risks, and the video turned out beautifully! So, obviously you enjoy yesteryear’s musical artists, from Lesley Gore to Pink Floyd. Who are some current bands that Cults are fans of?

Brian Oblivion – So many! That’s been one of the best parts of this whole adventure: getting to watch and possibly even getting to know so many amazing artists has been a crazy blessing. I honestly believe more great music is being made now than ever before. We love the band we took on tour this year, She Devils. Madeline is a big fan of Infinite Bisous, and we both love a bunch of the very well-loved bands like Deerhunter, MGMT, Frank Ocean, and Chris Cohen.

CrypticRock.com – All great bands! Speaking of tourmates and touring, you are currently on the road in support of Offering. What is next for Cults in 2018?

Brian Oblivion – We have a super secret project we just finished that should be out in the summer. After that, we’ll be playing shows and working on new songs. We hope to have another record out in 2019.

CrypticRock.com – Excellent! Last question for you. CrypticRock.com covers both music and films, especially Horror and Sci-Fi flicks. Are you a fan of either of these genres and, if so, what are some of your favorite films?

Brian Oblivion – Oh man, I am a huge fan of both. Huge! We actually just scored our first Horror movie, called Hellmington (2017) that should be making the festival rounds this year. If I’m at home, I’m probably working on music or watching a spooky movie.

I like all the classic guys: Cronenberg, Argento, Polanski, Tarkovsky, Romero. I think Horror movies are in the middle of an amazing renaissance. I loved It Follows (2014), It Comes at Night (2017), Creep (2014) and, man, the crazy meta-Horror flick to end all Horror flicks, Cabin in the Woods (2012). I understand this may be the equivalent of saying “I like The Beatles and Radiohead,” but a more detailed analysis may take another interview!