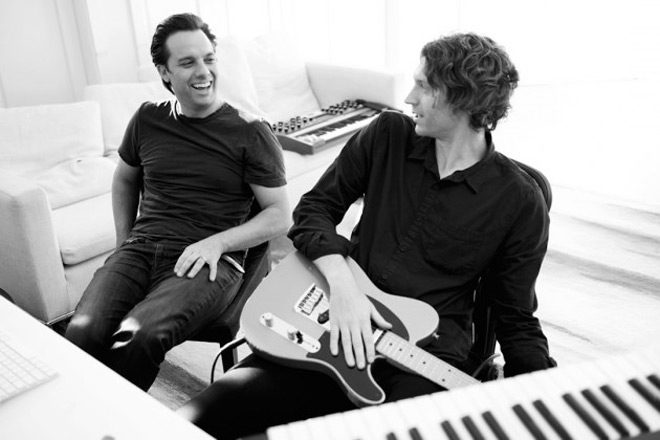 Music has a universal language that connects people. It can bring different cultures together and form bonds in relationships. For Daniel Davies, music was all around from the moment he was born, being the son of The Kink’s Rock-n-Roll legend Dave Davies and godson of Master of Horror John Carpenter. Growing up and learning the ways of crafting music, Daniel Davies would go on to be a part of various bands and, in recent years, formed a musical partnership with John Carpenter to create two impeccable score-based albums, 2015’s Lost Themes and 2016’s Lost Themes II. Taking the music to the road in the summer of 2016 for special concert experiences, Daniel Davies continues on a path of musical composition as he satisfies creative instincts. Recently we caught up with the composer to talk his growing up around music, being mentored by John Carpenter and creating music with him, as well as his own future plans.

Daniel Davies – I guess, when I was a kid, just being around it and growing up on the road until I had to stay in school. I suppose it just kind of seemed like a natural thing to get into it. It was just around all the time, being around my dad (Dave Davies) and around John (Carpenter). Then, when I was a teenager, I was living in Marin County, California while John was making Village of the Damned (1995) and there was a music class there. I wanted to play the drums, and then the teacher of the class was playing guitar, and it just seemed I couldn’t really get the drums right. So I just picked up the guitar and it seemed natural. Then it kind of became a cool way to be able to connect with my dad and connect with John. It just took off and took over my life unexpectedly.

CrypticRock.com – Very interesting. You have been involved in a few bands through the years such as Year Long Disaster and Karma to Burn, also, you played with CKY for a little while. What do you take away from all these experiences with different bands?

Daniel Davies – That’s another big question. It’s different being in a band, and doing what I’m doing now is different from each other, but it was great doing Year Long Disaster. That was a hardworking band that was just on tour all the time -opening for any band that we could and playing any show that we could. We had a moment where I thought we sounded really good, and that just kind of started not working. I don’t think I could do that now, being a bit older. That kind of grind, that tour grind, that’s hard on a band. I like going and doing shows with John now, because after Year Long Disaster, I had not really toured in the past six years. I did that small thing with CKY but didn’t really tour for the past six or seven years. It’s been great to get back out on the road. It’s not such a grind now. Back then, we were in a van, three of us, nonstop. This is a bit nicer (laughs). It is a little more high end. 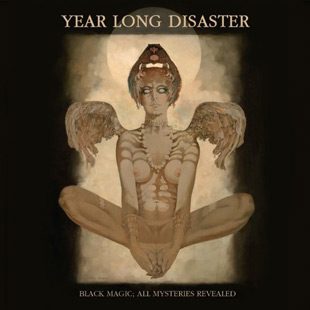 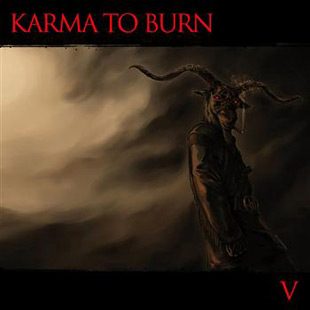 CrypticRock.com – Right, that is understandable. Being on the road is very difficult. When you are in a band and the conditions are less than ideal, it can be really tough.

Daniel Davies – Yeah, and that’s your life, doing that. But then I got married so I had a reason to want to be home more and try different things. The road is a tough life, but I’ve been lucky enough that my career is kind of shifting to being a composer now. I can stay home, but then you’re home all the time, so it’s good to get away for a little bit to do some shows. There’s nothing like playing live. It’s such a good feeling. That’s why people do it!

CrypticRock.com – Absolutely. You mentioned working as a composer. John Carpenter has been a very important part of your life. You have worked with each other on music and played live touring together. What brought on the collaboration between you two?

Daniel Davies – I guess it was about three or four years ago now when he had done some demos with Cody, his son. He had gotten a new attorney and she sent it around and this label, Sacred Bones, asked if he would make a record. Then he asked me if I wanted to work on it with him. Then it just went from there. At the time, Cody was living in Japan, and we would work on stuff and then send John things to play on. Then he would send us ideas and it kind of worked that way. We had no idea that it would be received so well. You just don’t know about that kind of stuff. The three of us just work so well together and have such a good time doing it. Then, we thought, “Oh, let’s do that again.” Then the idea came up of doing a tour, then it just kind of snowballed and took off. 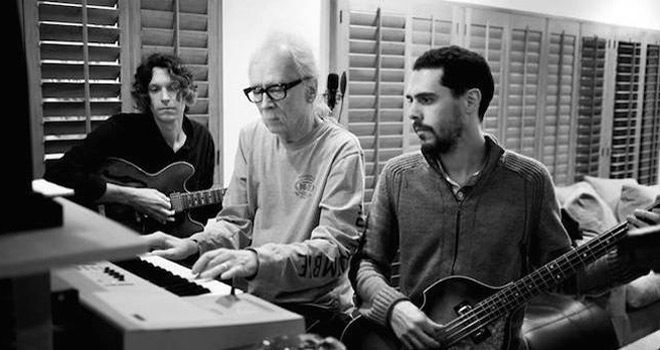 CrypticRock.com – Very cool. The music you are talking about, 2015’s Lost Themes and 2016’s Lost Themes II, are really fantastic listens. Obviously soundtrack music, these compositions really create an atmosphere. What was it like composing with John and Cody and making this music come to life?

Daniel Davies – It’s great! I love doing it. We all bring in ideas; we sit there and it goes somewhere. It’s kind of hard to explain the process of how it happens. You know John has a certain influence that just kind of guides it in a certain way. He’s able to guide things in a certain way because of being a director and then composer. It’s all really improvised and kind of just goes on feel. It’s hard to explain it because it’s based on feel. We get along so well so we don’t really have to talk about things too much. It happens because we know each other so well.

CrypticRock.com – That certainly helps. You mentioned the feeling, as you said earlier, there is nothing like playing live. In 2016, you did a tour with John and Cody. You visited New York City among other cities. What was that like bringing the music to life in front of people? Was it a different experience than recording in the studio?

Daniel Davies – Yeah, because when we were recording the album we never thought that we would have to play it live. You write things differently when you know you’re going to play things live. The way certain song structures go, you have to do it in a certain way that everyone can play along. In some ways, we had to kind of re-structure the songs to work live.

For the movies…the earlier stuff is not done to picture. Then later, the pieces we had put together, we had to go through and reconstruct those to work with a band because they’re not done to any kind of structure, they are done to the picture of the film. I think the coolest thing was to play with John and Cody. I grew up playing with them, and learning from John, that was the best part about the whole thing.

When you put out a movie, you put it out there, you’re at home and your movie is out. Then for John to be in the environment of instant response to his material and seeing how that affects people and how that energy feeds back and forth is really cool. It was really cool to see that. It’s interesting to see how people respond to the music and movies together. It was really cool, and we had a good time! 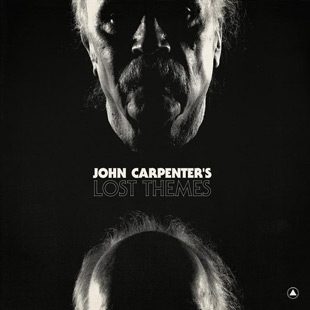 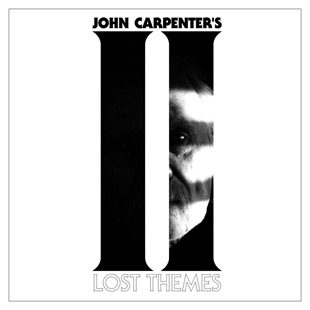 CrypticRock.com – Fantastic. You had mentioned you had been working on soundtrack for film as well. You have done some songs for various different movies in the past. What do you have coming up?

Daniel Davies – Yeah. John, Cody, and I have been working on some stuff. Then there’s a couple different things that kind of slowed down, but I can’t really talk about it. I’m also working on an EP of my own right now of similar score-type music. I am just working on various things right now. 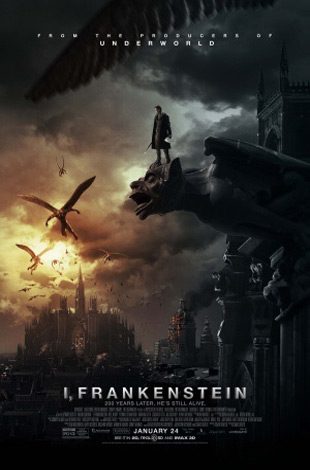 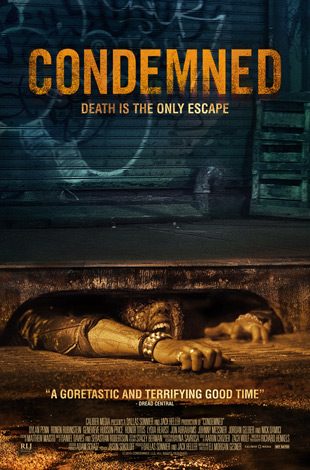 CrypticRock.com – Sounds interesting. You said you were going to release an EP. Is it similar score-type music to what listeners have heard on the Lost Themes albums or is it going to be a little different musically?

Daniel Davies – It’s different musically because it’s just me. I just kind of felt like I wanted to do something that wasn’t for anyone or with anyone. It’s the same premise, but it will be a bit different.

CrypticRock.com – Excellent! You had mentioned you learned a lot from John. We all know he has made so many iconic films through the years. He also composed most of the music for his films. This all in mind, what did he teach you about composing and creating an atmosphere?

Daniel Davies – Two things I suppose: patience and to just trust your instincts. Those are the two main things. 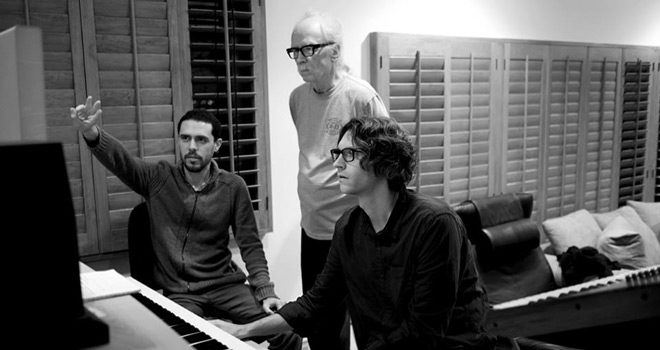 CrypticRock.com – Those are both very important. You have to be able to trust your instincts and have confidence in what you are doing. At this point, would you consider being in a band again or are you satisfied with your path right now as far as composition?

Daniel Davies – I like where things are going toward more of the composition world. I don’t even know if people do a band the same way they did ten years ago. I couldn’t imagine just starting that Rock-n-Roll grind over again. There’s not a lot of that type of guitar Rock music right now. I don’t know, maybe, if the opportunity presented itself and it was the right thing then I would consider it, but I like where things are going right now.

CrypticRock.com – It is probably not the same as it was a decade ago. So much has changed in the music world and in the Rock-n-Roll world. It is perhaps a little more difficult now than ever before. You have the internet and the ability to get your music to people quickly, but that also opens the floodgates for millions of people to be posting music where you can get lost in the shuffle.

Daniel Davies – Yeah, and I don’t know if kids now think they need to get a van, go on tour, and learn how to play live. I don’t even know if people do that anymore. Do they just all have laptops, is that the thing? (laughs) I’m just not in the scene anymore. I’m kind of in a different scene now. I am just writing songs for specific things. It’s more of servicing the need of a show or a film.

CrypticRock.com – That is completely understandable. My last question is actually pertaining to movies. If you are a fan of the Horror and Sci-Fi genres, what are some of your favorites in those genres?

Daniel Davies – Of course I’m a fan! I’m excited for the new Blade Runner, Blade Runner 2049. I think my favorite Science-Fiction movie is the original The Day the Earth Stood Still (1951). I also like The Invisible Man (1933), but those are old movies. For new movies, Ex Machina (2014) was really good. I really liked Under the Skin (2013), it’s kind of Horror/Sci-Fi. I’m trying to think what other movies have come out lately. It’s hard to think on the spot what my favorite movies are, plus it changes too. Maybe you’ve seen something new, but I always want to see new stuff. 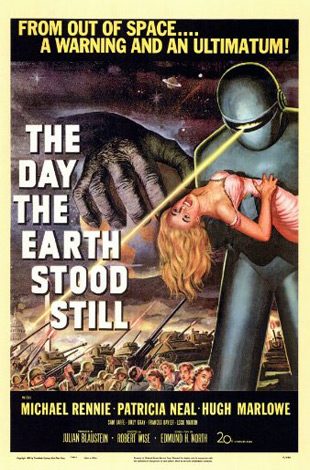 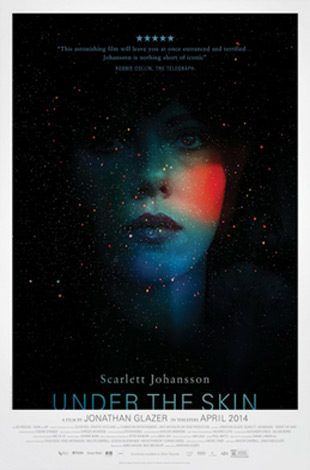