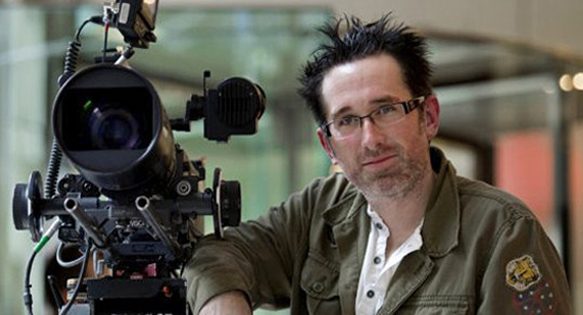 Movies affect people in different ways, Horror movies leave an impression that lasts a lifetime. No denying their impact, growing up in the ’80s, Darren Lynn Bousman quickly found his love for the art of the macabre. Aspiring to create, while only 25 years old, he was all of sudden thrust into a modern day money-making Horror franchise in Saw. Going on to write and direct 2005’s Saw II, he subsequently went on to direct 2006’s Saw III and 2007’s Saw IV.

A life-changing experience, Bousman has spent the years that follow blazing a path with such popular films as 2008’s Repo! The Genetic Opera and keeps his visions fresh with 2016’s Abattoir. A unique style Horror film, Abattoir shows the multiple faces of Bousman’s director talents and why he is one of modern Horror’s best. Recently we caught up with the busy filmmaker to talk his love for the Horror genre, his Saw legacy, the work behind Abattoir, and more.

Darren Lynn Bousman – I want to affect people. I want my art, my story, and my narrative to actually have an effect on people. I think that film/TV is something we do everyday. Whether when we go to bed, have the TV on in the background, or go to the movie theater, it is something that is part of all our lives. I feel like I grew up on movies. As a kid, I look at all these important events in my life, and relate them to films. Whether it is the first time I ever saw Fox and the Hound (1981), the first time a film affected me emotionally such as La Bamba (1987), the first time a film scared me was Henry: Portrait of a Serial Killer (1986), these are all things I relate to in movies. I just wanted to be involved with that and tell stories.

CrypticRock.com – Right, that is something everyone can relate to. Whether it be a piece of music or movie, you relate it to some point in your life. Through it all, you have worked on a lot of great projects, including the Saw series where you went on to to direct Part 2 through 4. What was that experience like, working on such a popular franchise like Saw?

Darren Lynn Bousman – It didn’t seem real. I was 25 years old in Toronto directing a huge juggernaut of a franchise, it didn’t seem real to me. I think now, more than a decade later, it still doesn’t seem real to me. When you do something like Saw, you have the weight of the world behind you. You have Lionsgate pushing it along, bus stop ads, commercials, etc. For me, it has never been that easy since. You struggle getting people to talk to you about movies like Abattoir (2016). With Saw, it was a juggernaut. 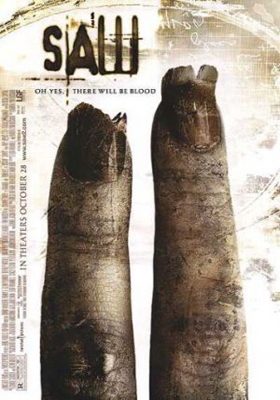 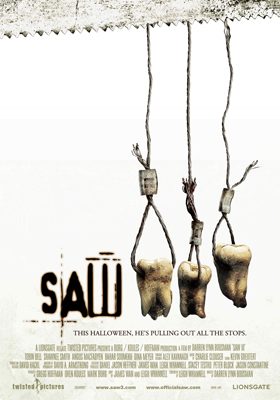 CrypticRock.com – Understandable. Since then, you have done many other films including your most recent, Abattoir. How did this project come about for you?

Darren Lynn Bousman – It was an original idea I had. It was about a character named Jebediah Crone. I had this idea I wanted to do for a character about a guy who collected crime scenes. I always had this character in my back pocket and I was always trying to find a story to put it with. Around 3 years ago, I had this idea about a real estate reporter whose sister was murdered. More importantly, when I thought about it, I wanted to make a film that was a throwback to Film Noir approach. Abattoir came together with me blending Jebediah Crone with a Film Noir approach. It all kind of came together at the same time.

CrypticRock.com – What is interesting about Abattoir is that it is within the Horror realm, but it has a Crime element as well.  There is mysterious quality laced throughout the storyline. As a director, how do you work to keep that level of interest and mystery as clues reveal themselves?

Darren Lynn Bousman – When starting out making it, it was like Seven (1995) in the first act, The Wicker Man (1973) in the second act, and I wanted the third act to be a balls-out Horror movie. You are juggling three very different genres, but that is where the excitement was from. It started off as a Crime Drama, to a suspense Thriller, from there it had to turn itself into a Horror movie. We had a really good writer, Christopher Monfette, he was able to balance those things out. He is really a fantastic writer and he jotted it out. He said we start with a Crime Drama and it has to go to a Horror film, how do we get there? 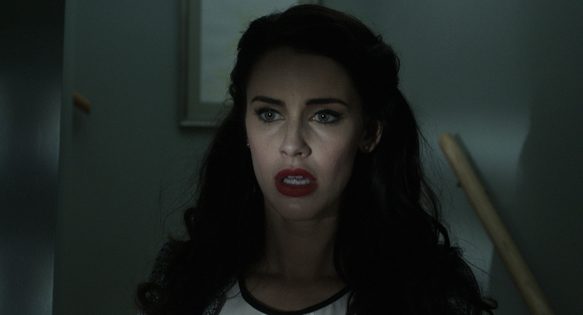 CrypticRock.com – Well it worked well. You also worked with a very well-rounded cast that do an expectation job. What was it like working with this group of actors?

Darren Lynn Bousman – I have been lucky that I get to work with the people I work with. That has been my saving grace as a filmmaker. I have a relationship with everyone I work with. This is the second film I have worked with Jessica Lowndes (Autopsy 2008, 90210 TV series), the twelfth film I have worked with J. LaRose (Saw III 2006, Insidious 2010). That is awesome, but I always like to bring in new blood as well.

I want to meet and work with new people at the same time. I had a chance to work with Joe Anderson (Control 2007, The Crazies 2010) this time, and Lin Shaye (Insidious series, A Nightmare on Elm Street 1984). Lin Shaye, I have been a fan of for I don’t know how long. Being able to actually convince her to work on a movie with me was amazing. I grew up watching her. It is always something working with people I am a fan of. I was a fan of everyone in this cast.

CrypticRock.com – They all did a great job. Lin Shaye does a wonderful job in everything she does.

Darren Lynn Bousman – She is great. She is great energy on set and I love having her around. 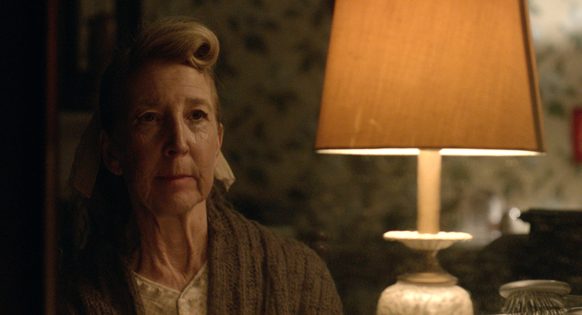 When they are talking in a hyper stylized way, I think the film had to have that kind of look to it. One of the things I tried, which I had never done before, is everything was really reserved with the camera movement. It was a really locked off/on cam, or tripod, or stick shots. I have never done that before, I am usually handheld running and being crazy with the camera. I didn’t do that this time, it was all a very subtle approach to it. It was a first for me.

CrypticRock.com – It worked well and it was a different experience for you. Much of your work in film has been within the Horror genre, do you have an affection for the genre?

Darren Lynn Bousman – Horror feels like home to me. I love the dark and I love the macabre. I think I am a dark person by nature, so it is comfortable for me. It is like a warm sweater when I put it on. All that said, I absolutely want to go outside the genre. I have been to some extent, I have done musicals. I would love to do a children’s Action film. I definitely have aspirations to work in other genres, but I think I will always return there. 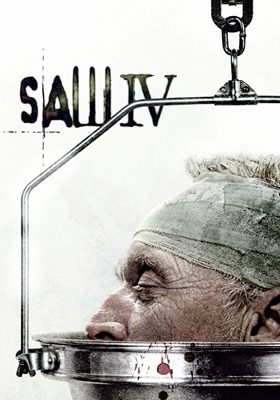 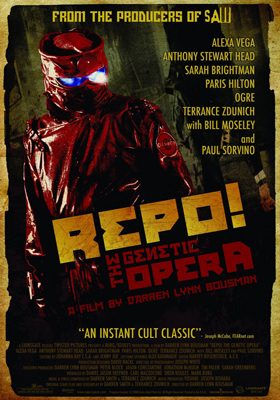 Darren Lynn Bousman – Yes. Music is probably my number one passion. I would continue to do music videos if I had the time to. I have done two Rock operas, probably shot a total of one-hundred fifty songs between all of them. I think music just has a way of inspiring people. I think you will see some more musicals from me in the future.

CrypticRock.com – That will be exciting to see. My last question for you is pertaining to movies. CrypticRock.com covers music and Horror/Sci-Fi films. What are some of your all-time favorites?

Darren Lynn Bousman – I can give you a couple answers to that question. It changes every year, I can tell you today, but it might change by the end of the week. One of my favorite movies, you probably would not consider it a Horror movie, but something about Requiem for a Dream (2000) and the way it got under my skin. That to me is Horror. I would start by saying that. 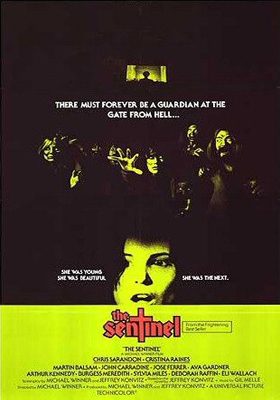 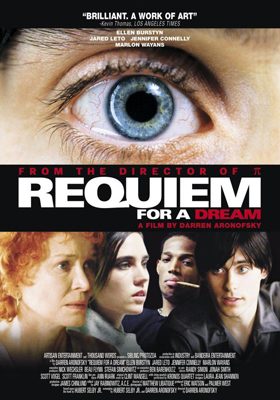 CrypticRock.com – That is a wonderful list! The Sentinel is a film which is overlooked often and one of the best from the era.

Darren Lynn Bousman – I love everything about it. I love how they used real people with these looks. It is something I try and revisit each year. It is by far one of my favorite films. You know what, any movie that came out then. Don’t Look Now (1973) as well. Anything that is a weird ’70s Horror, I am a fan of. 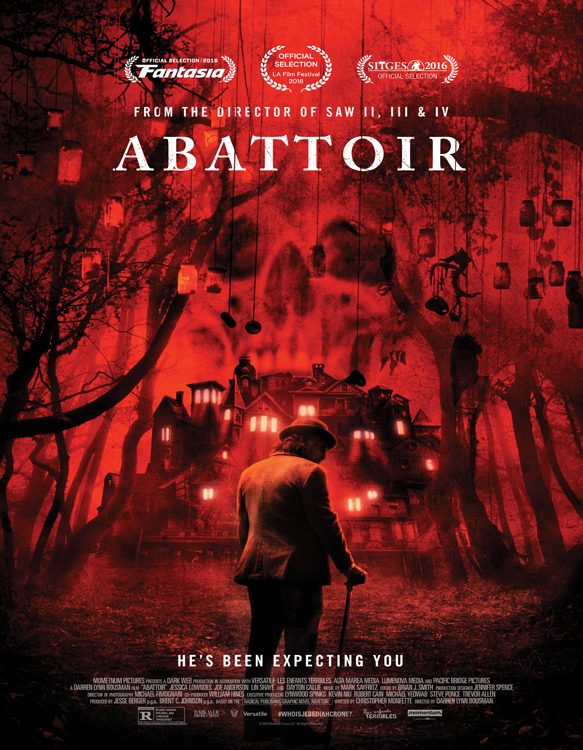