Interview – Dave Davies of The Kinks 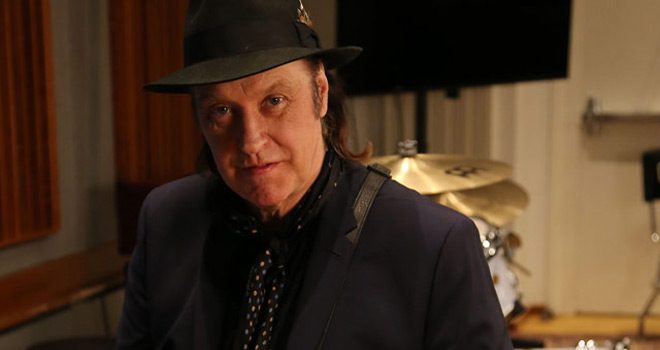 Dubbed one of the “100 Greatest Guitarists of All Time” by Rolling Stone magazine back in 2003, Dave Davies is a Rock-n-Roll icon. As Lead Guitarist of English Rock legends The Kinks, Dave Davies helped pioneer a more raw, aggressive Rock sound in the 1960s, one that paved the way for decades to follow. From the unmistakable 1964 classic “You Really Got Me” to 1967’s “Death of a Clown” and beyond, Dave Davies has certainly travelled a fantastical journey over the past five plus decades. Still very active writing and recording, Dave Davies returns in 2017 with his father/son collaborative album Open Road. Energized and inspired, Dave Davies sat down to talk the wild history of The Kinks, the work of Open Road with his son Russ, life touring, and much more.

CrypticRock.com – The Kinks are one of the most influential Rock-n-Roll bands to ever come out of the UK. Through all the years of writing and recording music, as well as performing live, what was the journey like a part of The Kinks?

Dave Davies – It was and is extraordinary. The ups and downs and different things that you have to confront when you are on the road, it is quite a merry-go-round to say the least. I am lucky to still be able to enjoy it, having a good time, and I am on the road again in America. I have a brand new album out called Open Road which I recorded with my son Russ Davies. It has been quite a journey.

CrypticRock.com – It sounds like it continues to be a fantastic Rock-n-Roll experience. Obviously the band had worked extremely hard to attain the success they did, by the time 1965 came, you had a slew of big hit singles. Do you recall feeling overwhelmed at all by the whirlwind the band was in?

Dave Davies – I think in the early days, the first four or five years, it all happened so quickly. Being young, it took three or four years to realize it was treacherous, the music business. Everyone wanted to be your friend one minute, the next minute, you are flat on your back again. It had been very up and down, very fickle. When we broke America the second time in the ’70s, we built up a really hardcore following. It is always a great time to tour America – New York, Boston, Los Angeles. It has been an interesting time. 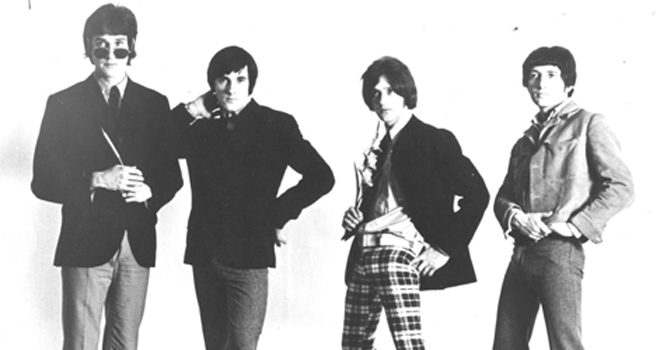 CrypticRock.com – Yes, and as like other bands, The Kinks did progress. It was a natural progression for the band musically.

Dave Davies – I think because when we started, also like The Beatles, we wrote all our own material. There were a lot of bands that had promising beginnings, but they didn’t write their own material. There was always plenty of ideas, I think that really helped carve a career for ourselves. A songwriting team is a very important aspect to success. It continues to build up the catalogue and the uniqueness of style or approach. We you are always having to rely on other people’s songs it can cramp your style. The fact that we wrote our own stuff, it was a big thing.

CrypticRock.com – Yes, having original material is always a big plus for an artist. Speaking of writing material, one of the most shining aspects of The Kinks is your guitar playing. Starting out, and moving forward, The Kinks had a very unique guitar sound. How did you develop the guitar sound?

Dave Davies – I was around fifteen or sixteen years old and I got this little amplifier, an Elpico amplifier. I got it from a small store up the road from where we lived in Muswell Hill. I didn’t like the sound of it, so I got a razorblade and cut the speaker cone, sliced it all the way around. Not even thinking for a minute it would work, it came out with this great aggressive sound. That was the sound that kicked off The Kinks’ “You Really Got Me.” Ray wrote this great kind of jazzy riff, and that is how “You Really Got Me” was born. 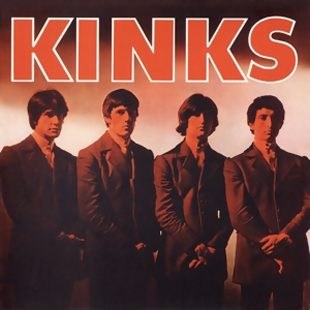 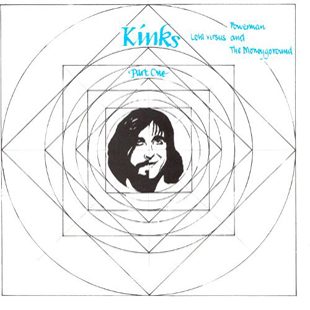 CrypticRock.com – Very interesting. Not sure if you have been told this before, but anyone who knows The Kinks, would say the guitar sound is very much an early Punk Rock or Heavy Metal sound. It was pioneering and raw.

Dave Davies – Yes, we liked R&B and all that. When you think back on people like John Lee Hooker, he was very raw. His guitar tone was really raw. There were a lot of people to copy ideas from. The singing, the Blues such as Muddy Waters and even early people like Lead Belly had a great whine to their voices. We came across that sound, it is an extension of what the Blues guys were doing maybe, but just more modern for the time.

CrypticRock.com – Yes, it was no question pioneering for the future of Rock-n-Roll as we know it. As you said, you are back on the road touring. You are out touring in support of your aforementioned new album, Open Road, which came out back on March 31st. What was the writing and recording process like for this new album?

Dave Davies – It was great, we had a great time. It took a long time, on and off for about a year. We had an idea of how we wanted to sound and the song ideas came together. We collaborated on everything from lyrics to melodies. It is really a genuine collaboration between to people. It was a joy to make and Russell produced the album.  The production is great and it really has a raw, emotional feel I like to think. 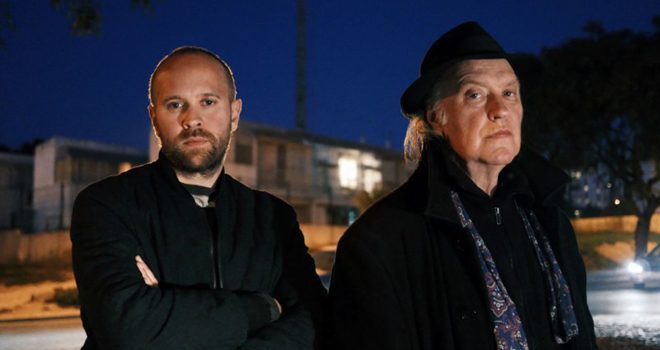 CrypticRock.com – It certainly does have a very emotional feeling. What was it like working with your son so closely together like that?

Dave Davies – Well we had worked together before. We worked on a couple of more experimental records, such as The Aschere Project and Purusha and the Spiritual Planet. They were a little more experimental, Science Fiction, Space-type of stories, it was a very different type of music. We came together on Open Road with the idea of making a more Rock orientated album.

CrypticRock.com – Very cool and Open Road is available on all digital formats, as well as physical CD. You are out touring, you have visited New York City among other places. What has this tour been like thus far?

Dave Davies – So far it has been fantastic. It is one of the most exciting tours I have been involved with in years. I think it is always special when you play Boston, New York, and the North East. There is a special flavor about it. I have a new lineup, it is a three piece, my old friend David Nolte on keyboards and bass, and my old friend from The Smithereens, Dennis Diken, on drums. I don’t think you will find a better Rock drummer involved, we are playing great together. I am really enjoying doing a couple of new songs, mixing it with the old and in between. It is a lot of fun and we are having a good time. 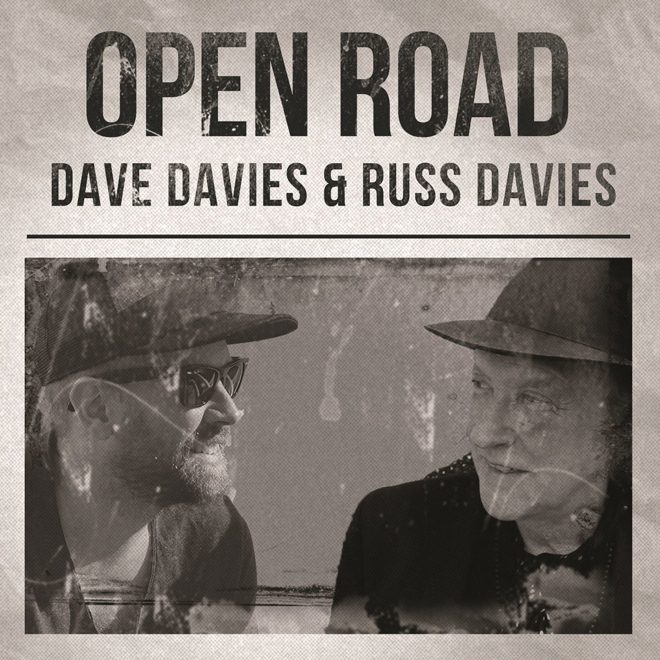 CrypticRock.com – It will be exciting to see the tour as it continues on, visiting places like The Suffolk Theater in Riverhead, New York. As a songwriter, and someone who has performed as long as you have, where do you take inspiration from after all this time?

Dave Davies – I am the sort of person who always likes to seek out ideas and I like to experience and see what the next day holds. I feel like a journeyman going through seeing new things, meeting new people. You get ideas from people when you meet them. There is also an atmosphere of a place you may go to. It is like a journey, “Path Is Long,” one of the tracks from Open Road, life experience is based on where you go, what you do, and what you learn from people. I am very fortunate to be able to express myself the way that I do. With the help of Russ, we continue to do so. Russ is a very inspirational producer to work with, so we are never lost for ideas. You just have to keep an open mind on the open road (laughs).

CrypticRock.com – Yes, and Russ really does a very wonderful job of production on Open Road, so it is urged fans check out this new album. My last question for you is pertaining to movies. CrypticRock.com covers music and Horror/Sci-Fi films. If you are a fan of those genres, do you have any favorites?

Dave Davies – I am a big Sci-Fi fan. Early on, I was really into the Dracula series of films and the Hammer films. I became friends with John Carpenter in more recent years. I worked on music for a couple of John’s films such as 1995’s Village of the Damned. The project I have worked with Russ on is called Two Worlds (2010) is like a space, fantasy, romance. It takes place in different times and parallel universes. That is something I still want to do.

I am a big Star Trek fan, I loved all the early Star Treks. I thought Gene Roddenberry was a true genius and visionary. The character he devises portrayed this wonderful psychology that you can apply to everyday life and consciousness. I think Gene Roddenberry was really ahead of the game. I am also a fan of Star Wars. Mark Hamill is a dear friend of mine and we often talk about Sci-Fi. There is a lot to be learned from Science Fiction. The analogies or egregoras, as we call it, can help you in this lifetime. You can really put interesting ideas for people to think about. 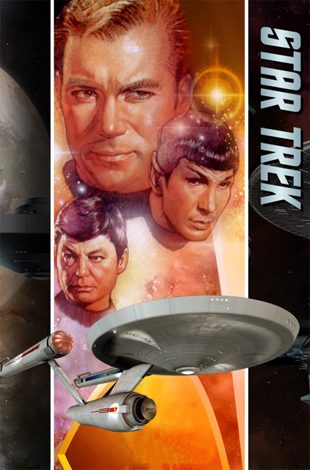 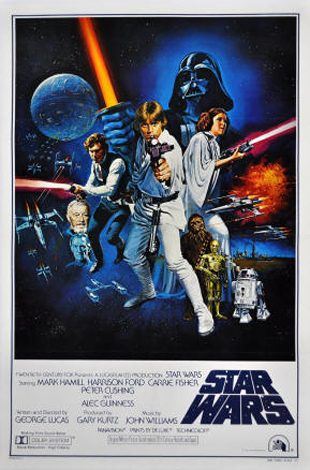 CrypticRock.com – Yes, there is a lot in Science Fiction that can be applied to reality. Science Fiction gives you the ability to say something in a story that perhaps would not fit in a more Non-Fiction story.

Dave Davies – Yes, if you believe in other worlds or whatever, sometimes an imagination can be really helpful to define your own identity with the world around us. Imagination is boundless, it helps us move forward.