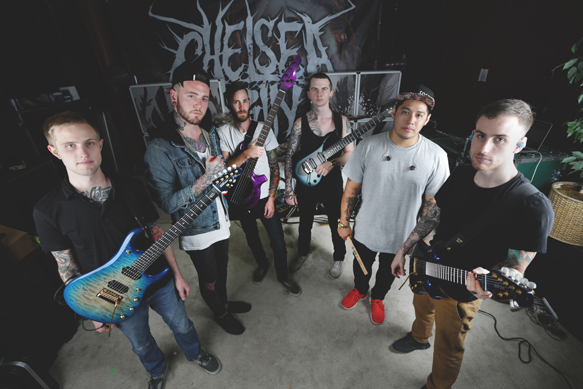 Salt Lake City, Utah’s Chelsea Grin are part of a new breed of American metal music unleashed over the past decades. Deriving influence from a plethora of extreme music art forms the band has been blazing a path over the course of the past seven years with a growing fan base that put them at the forefront of the scene. With constant touring, including another stint on Vans Warped tour in 2014, they are ready to take things to the next level with their recently released third full-length album Ashes to Ashes. Recently we caught up with bassist David Flinn and drummer Pablo Viver0s for a look into the drive behind the band, their new album, and much more.

CrypticRock.com – Chelsea Grin has been together now since 2007 and has steadily rose in popularity over the course of three studio albums.  Could you ever have imagined the success you have received over the past five to six years?

David Flinn – We work really hard, we tour a lot, I think we earned the respect, but I do not think any of us expected it.  None of us ever thought we would go anywhere, we were just playing music in our guitar player Jake’s garage and had the cops called on us.  It is just fun.  We all had separate lives. I was in the military and other people were doing other business ventures. When it all happened everyone was shocked, and we are just grateful that it is happening. 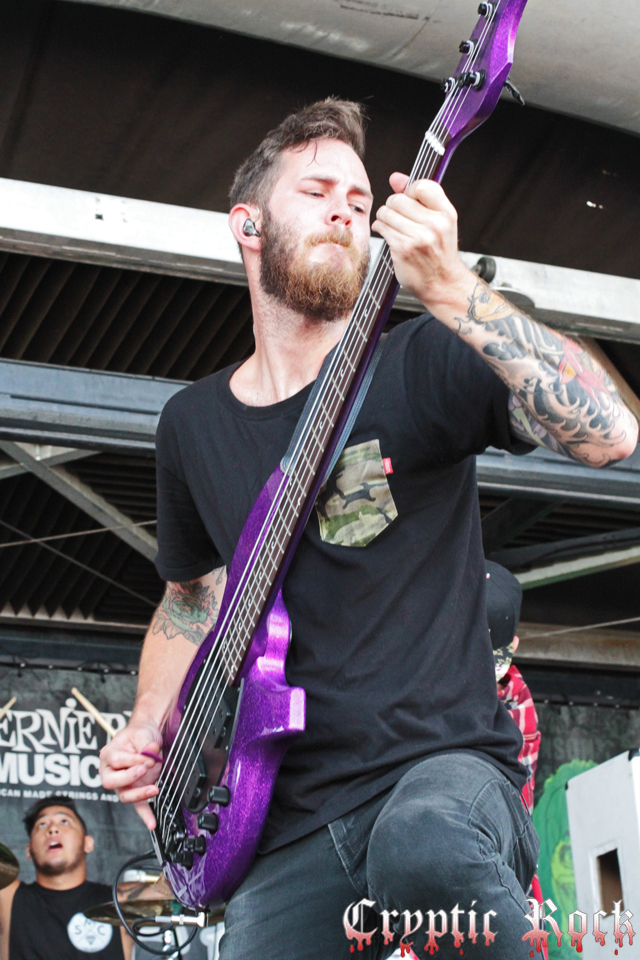 CrypticRock.com – Great things happen when you least expect it.  Now, the band’s sound is clearly derived from brutal vocals and relentless thrashing guitars, however, there does seem to be darker doom-like elements mixed in as well.  How important is it to the band to interject these darker aspects to the music?

Pablo Viveros – I think it is very important.  It has been a part of the band since it has started for it to be really heavy and dark.  We just always try and be conscious of having that stuff on the record; that is what fans like to hear. 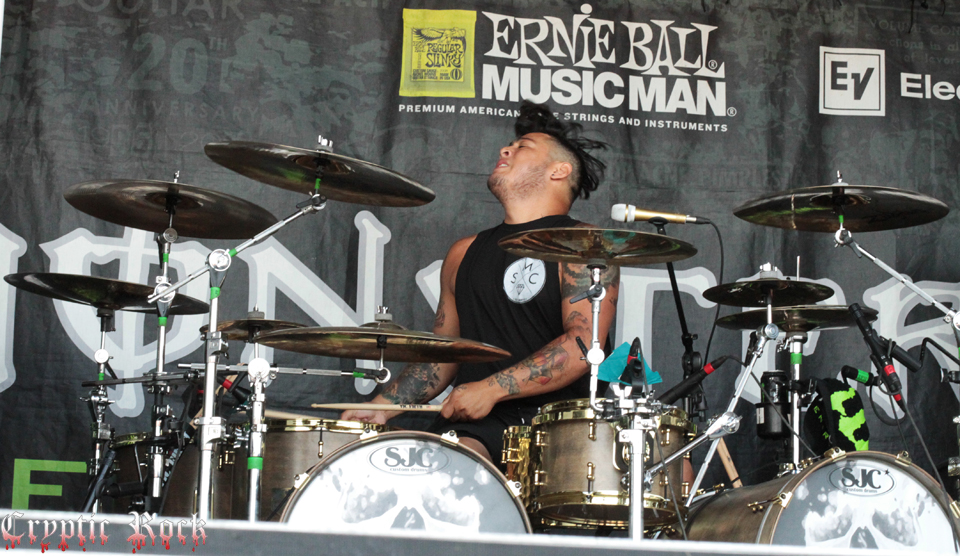 David Flinn – Being able to mix the heaviness of a breakdown band and the melodic of a progressive metal band, mixing those two things together is what defines our band.  It is what we shoot for when we write a song. 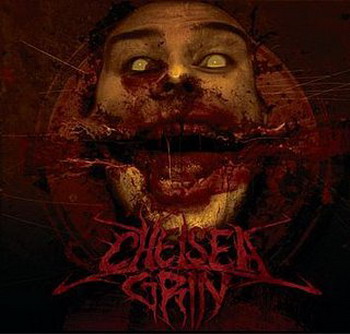 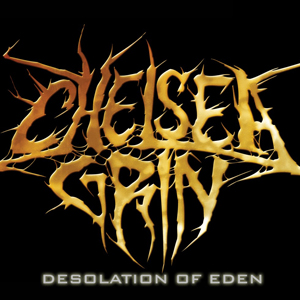 CrypticRock.com – That creates a great dynamic atmosphere.  Now, so much negativity is always associated with the label deathcore, but that is something Chelsea Grin boldly is not ashamed to associate with and is quite commendable that you believe in what you are doing.  Why do you feel there has been so much critical opinions of the genre?

David Flinn – I think it is just one of those things.  The group of the kids that are reaching out and finding this music are still very young, still in high school, and between fourteen to seventeen years old.  I do not think a lot of them may really understand what they care about, know, and are trying to figure it out themselves.  One way of unleashing that confusion is hating on something, hating on something that is different than you and the way you feel.  I think it is a step in growing up.  Once you get a little bit older your mind starts to open up a little bit and you are willing to listen to things you were not listening to before.  You realize that it was a waste of time to spend that much time on hatred instead of being open-minded and giving something a chance that you may find you can love for the rest of your life.  I think that is where it comes from. It is aggressive and heavy music, with heavy music comes tough guy mentality.  When you have a bunch of kids with tough guy mentalities you may get a lot of stupid comments. 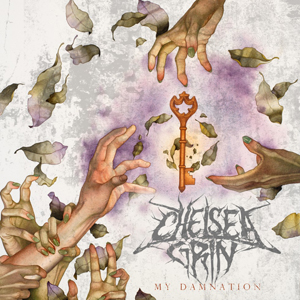 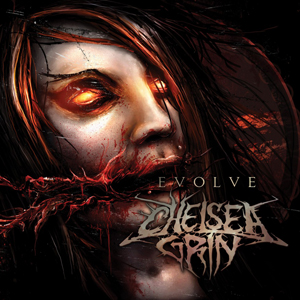 CrypticRock.com – Right, you know that is just something that comes with age.  Just because it may not be one person’s thing, does not mean it is not right.

David Flinn – Yes, that is why there is a million ways to play music.  What does not fit someone’s ear is going to hit someone else’s ear in the proper way.

CrypticRock.com – Exactly, the band recently released your newest album Ashes To Ashes.  This album has really strong dark elements laced throughout it.  Tell us about the writing and recording process of the album?

Pablo Viveros – For me it was the normal way I have always written, but it was different for the band.  It was my first record with the band.  Normally everyone would all be in the room to write and jam.  This time we all wrote our own songs, we wrote skeletons and emailed them back and forth.  I would write a song, send it to Jason, Jason would listen to it, write some parts over it, and send it to Dan.  It was just a big circle of emails with the songs.  As far as recording them, it was crazy, we did drums out in LA for about a week.  After that we flew back to Salt Lake City and brought Diego Farias from LA to record guitars at Jason’s house.  Then we did vocals with another friend, Stetson in Salt Lake as well.  We kind of went to wherever we needed to go to get the best sound and takes that we could.  It was hectic and crazy but I think the outcome was good and a lot of people are very happy with it, we are very happy with it.

CrypticRock.com – Yes many would argue that is perhaps the most complete record Chelsea Grin has put out thus far.

David Flinn – I would say it is.  It is the longest and most diverse album we put out.  It is the least rushed album we have put out.  Every other time we put out an album, besides the original EP, we had been under very strict writing and recording circumstances.  On this one, we took our time.  It took us three years to put out the album.  We released Evolve half way through that because we needed to put out new music.  Ultimately it was because we did not want Ashes to Ashes until it met everyone’s qualifications to be released.  Every single person in the band needed to be happy with every song.  That took a lot of compromise and revisions.  We took our time and released it when it was ready.  We think it is by far the best record we have released to date. 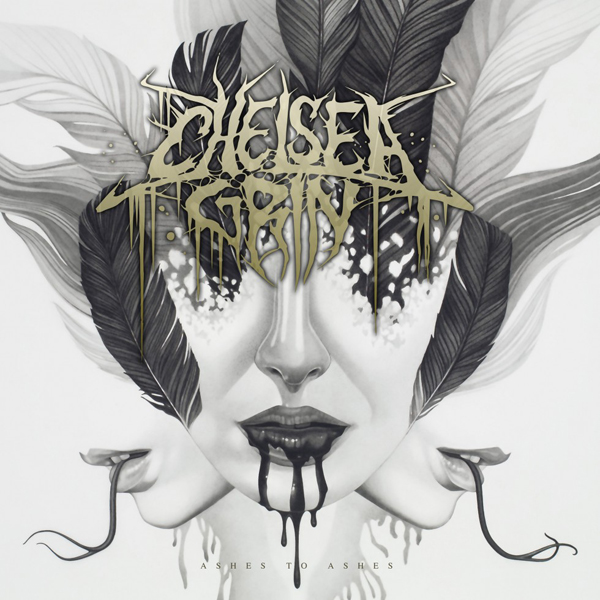 CrypticRock.com – That definitely shows in the record.  Now you are returning to Warped Tour for the first time since 2012 this summer.  How did that go for the band?

David Flinn – It was awesome.  It was very similar to the Warped Tour of 2012 as far as bands go.  For us that was nice because it was like coming to a summer camp where we already know everyone; the people we see every year and the people we tour with regularly.  It is almost like coming to a big party with every single one of your touring friends.  Everyone is having the best show every day, everyone is pumped, everyone is having a good time.  Returning to Warped Tour a second time, I by far like it better than the first time because I am way more comfortable.  I know my surroundings and know what I can do, what I cannot do, what I should be doing, and what I should not be doing.  It was definitely the best tour to be on this year. 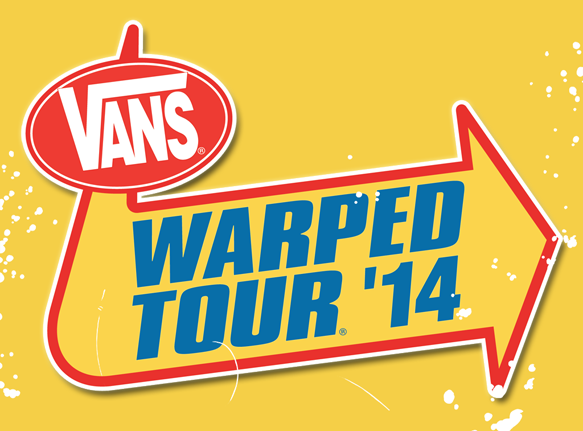 Pablo Viveros – I think we are the only ones in the band which do not watch horror movies (laughs).

David Flinn – I love horror films, but I only love certain ones that I have seen in the past.  I am to a point if I pay money to go see a movie I just want to laugh.  I would say for Alex, one of the scariest ones for him is Signs (2002).  For me, I am along the lines of American Psycho (2000).  With Alex, anytime we go to a movie theater, every single one of us will go see a comedy and he will pay to be by himself to go see a scary movie.  No matter what it is, if there is a scary movie verse anything else, that is what he will go see.  That is his thing.

Pablo Viveros – I like comedies as well.  I like to laugh.  I was kind of a wussy growing up.  The “Thriller” music video used to scare me.

David Flinn – My dad took me to see Jason Goes to Hell (1993) when I was around seven years old.  I saw it at the drive-in and there was a swing set in front of the big screen and I was swinging on it.  I saw Jason murdering this girl.  I had nightmares (laughs). 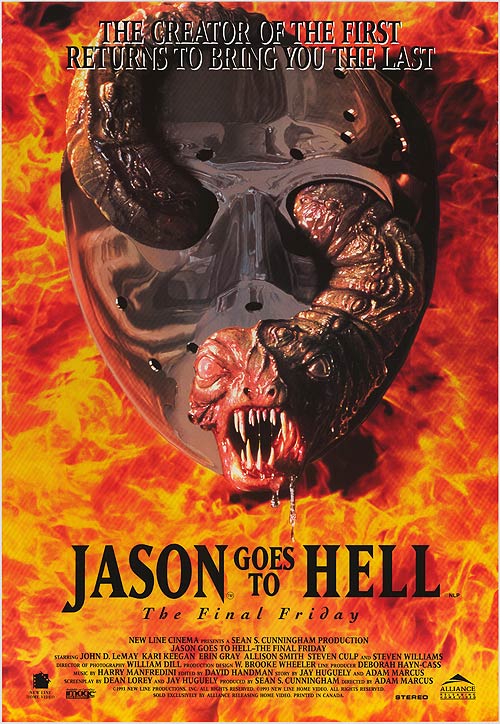 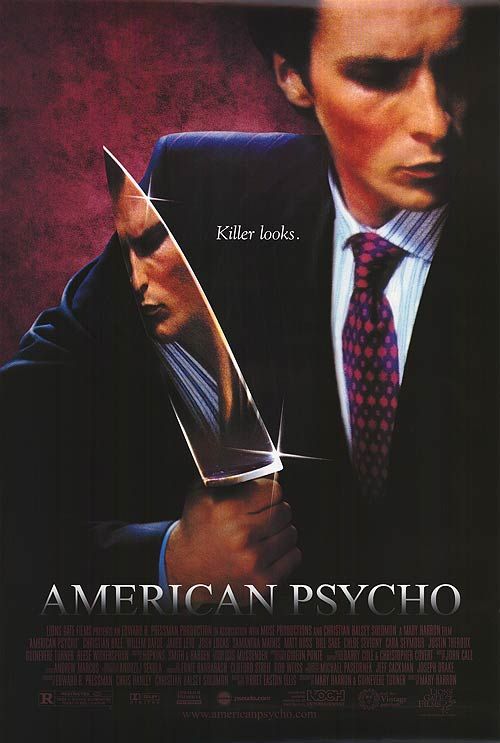