Interview – Eero Heinonen of The Rasmus 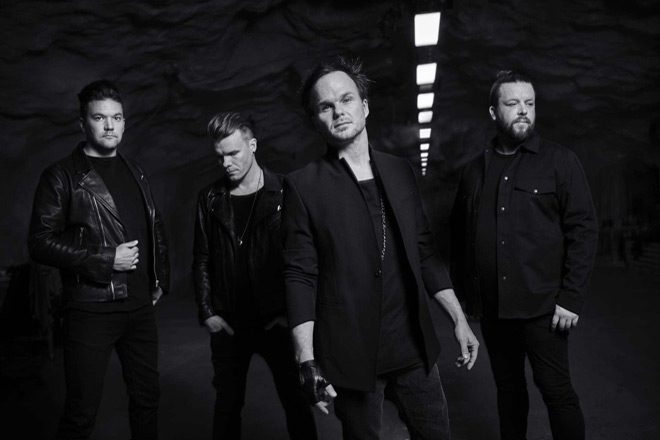 There is a certain upbeat melancholia that permeates the core of Dark Matters, the ninth studio album from Finland’s superb quartet The Rasmus. Of course, this dichotomy is not new to the band: they have been crafting delicious, dance-able Pop Rock that embraces a certain Scandinavian Funk for over twenty years now. With a dedicated fanbase that spreads across Europe to as far away as Mexico, these Europeans have an impressive nine studio albums to their credit – from 1996’s Peep to the brand new Dark Matters.

After taking some five years off to explore other inspirations, The Rasmus recently made their triumphant return with a collection of material that stays true to the group’s signature sound and yet beautifully embraces some new avenues, as well. Taking a moment out of his busy schedule, Bassist Eero Heinonen sat down to discuss all things Dark Matters, time off, touring, Finnish musicians you should know, and more.

CrypticRock.com – The Rasmus has been going strong for over two decades now, and in that time, has released a list of records, toured all over, and built a strong following. Through the ups and downs, what has the journey been like for the band?

Eero Heinonen – It’s been fun times and down times, as with anything in life. It’s great to be releasing a new album, this one is our 9th! Unbelievable that we’re still at it. I guess it’s friendship that has carried this thing so far. 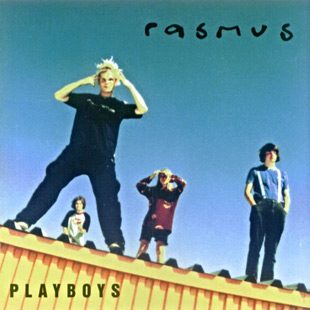 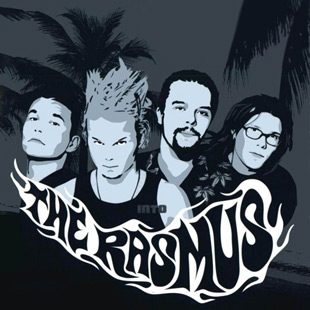 CrypticRock.com – Actually being friends with your bandmates is a very important key to longevity! Now, The Rasmus took five years between 2012’s eponymous disc and 2017’s Dark Matters. Why such a long layover between albums?

Eero Heinonen – We’ve been having that sort of period where we needed to concentrate on having family life, looking at the other side of life. I started to look more seriously into filmmaking, Lauri looked into architecture, Pauli – in-studio work, and so on. Perhaps we just needed to think about something else for a little while, but it’s good to be back again.

CrypticRock.com – It is good to take a break and recharge the batteries every now and then; it can lead to even greater inspiration. Speaking of which, when you went into the studio this time around, did the band consciously try to do anything different from previous studio experiences?

Eero Heinonen – Yes! For example, we wanted to mix Hip Hop sounds with Scandic minor-key melancholic melodies; that’s one of the themes on this album. I guess it sounds a bit more modern or urban than our previous stuff.

CrypticRock.com – It is a superb album! However, Dark Matters is not particularly dark: though it is full of delicious Pop sensibilities, danceable riffs, and a zillion reasons to smile. What inspired the album’s title?

Eero Heinonen – It’s a play on words, we are fond of that sort of play. Darkness has been a theme in this band, and somehow it matters to us when we’re together for this music. 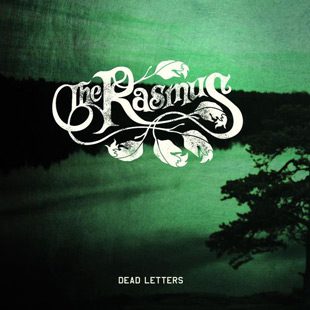 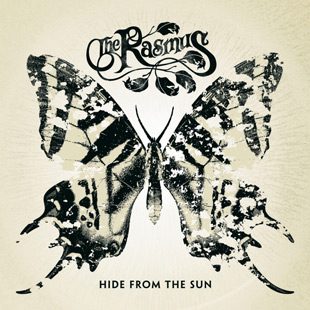 CrypticRock.com – The lyrical content throughout Dark Matters runs the gamut from exploring the super-hero within each of us (“Wonderman”) to admitting that sometimes we do absolutely nothing right (“Nothing”). Generally speaking, you tend to juxtapose upbeat sounds with more melancholic sentiments. What inspires you, lyrically?

Eero Heinonen – “Wonderman” started from the idea of a little kid imagining to be a superhero. “Nothing” came from that emptiness feeling that is inside you when you know you’ve done something wrong, really huge fearful emptiness. Good start for a song is a little detail of something – like a paper napkin from a cheap fast-food restaurant – and drying your tears on it.

CrypticRock.com – That is an intriguing idea to explore and could end with some truly poetic results! Back to the album, some stand-out tracks include “Paradise” – which has a beautifully moody video – “Something In The Dark,” and “Black Days.” Is there anything special that went into the making of those tracks, in particular?

Eero Heinonen – “Something In The Dark” was like a dance song in the beginning, it came out well. “Paradise,” we wanted to release it as a single – it reminded us of some of the rocking in the past. “Black Days” – that song was, in its early stages, about Lauri’s feelings of missing his little kid and his family on the other side of the globe. 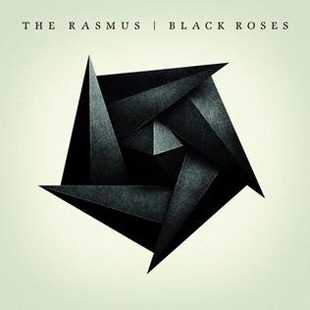 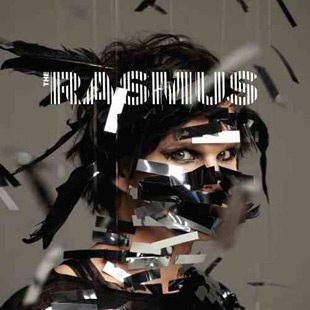 CrypticRock.com – They are all really well done songs! The Rasmus have attained major commercial success in your native Finland, as well as throughout Europe. Unfortunately, it seems that the North American market has been somewhat slow to recognize the band’s talents. Why do you think that is?

Eero Heinonen – Perhaps it’s a market with too many things going on? It doesn’t bother me! The band seems to have a great following in South America, Russia, and Europe. Actually, Mexico has lots of fans and Mexico is geographically part of North America, so.

CrypticRock.com – That is very true! Hopefully that will change in the future. Now, you already have dates planned for a European headline tour with many already sold-out. Congratulations! That said, are there any plans to bring Dark Matters to North America in the near future?

Eero Heinonen – Yes, that’d be nice! Two-thousand and eighteen is going to be a big touring year for The Rasmus, so let’s do it if it is possible!

CrypticRock.com – Dedicated fans in the USA would love to have you! Although, let’s discuss your homeland, Finland, which seems to have a truly amazing musical scene, especially in Helsinki. Who are some bands that outsiders should look/listen for that maybe are not getting much recognition outside Finland?

Eero Heinonen – There’s Haloo Helsinki!, Rauli Badding Somerjoki, Chisu; most of the good acts sing in Finnish. Check out Nightwish and Apocalyptica too, and perhaps Poets of the Fall? 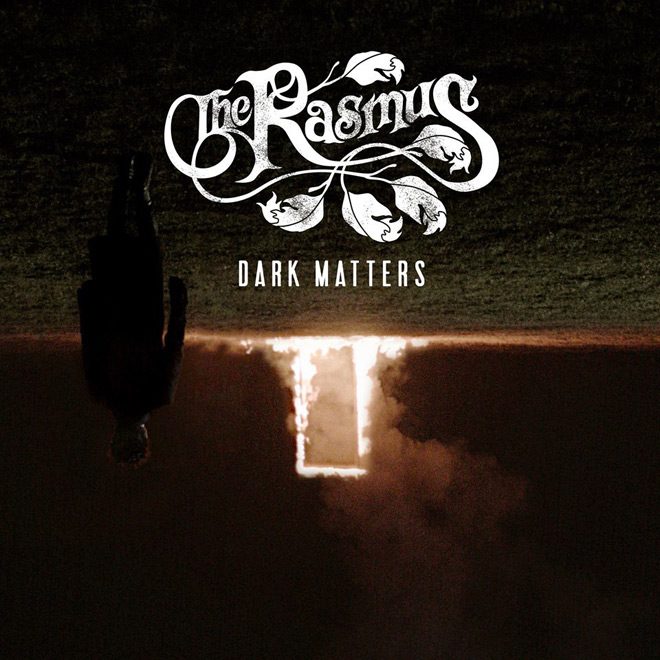 CrypticRock.com – All superb acts. Speaking of your fellow Finns, you have worked with Apocalyptica in the past. How did that come about and can we expect more collaborations with others in the future?

Eero Heinonen – Collaborations are fun: I’d love to have more of them. The Apocalyptica thing grew out of meeting the band by chance quite often, them asking Lauri to feature on their song, and then us asking them to feature on ours. They are great people and, in cozy good way, very Finnish. One has to love that quality in them!

CrypticRock.com – It is wonderful to be able to collaborate with good people! Last questions: CrypticRock.com covers both music and films, especially Horror and Sci-Fi flicks. Are you a fan of either of these genres and, if so, what are some of your favorite films?

Eero Heinonen – Check out Rendel, an Action/Fantasy film from Finland. We have a track in the film, under the end credits. I saw a pretty good Horror film from an Uruguayan Filmmaker Fede Álvarez called Don’t Breathe (2016); nice one, very compact and inventive. The original Sci-Fi/Horror Alien (1979) is pretty good too. 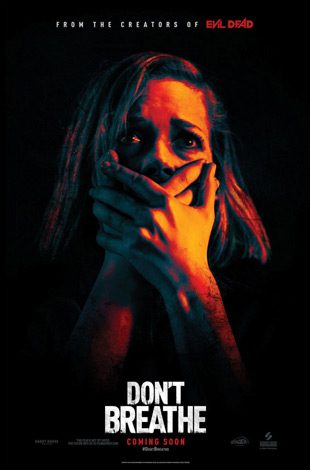 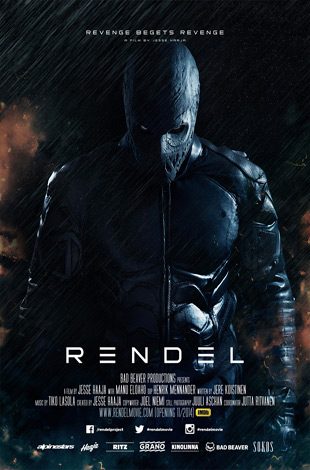