Everyone yearns for new music, music that grabs their ears and latches to their soul. In a time where Pop music more than not seems kind of interchangeable and generic, fortunately there are artists like Eliza & The Delusionals making songs with deeper meaning. Out of the Australian music scene, Eliza & The Delusionals first came together some 5 years ago led by the talented frontwoman Eliza Klatt. Releasing their debut EP in 2017, a slew of singles in 2018, in 2019 they have struck gold with their single “Just Exist.”

In fact, the single climbed its way to number 1 on SirusXM’s Alt Nation and has helped the band secure their first ever USA tour. A tour which will find them acting as direct support for Silversun Pickups come February 2020, the unique Alternative Rock band featuring beautiful melodies, emotionally led vocals, and personal lyrics are ready for the next step! Excited for what is yet to come, Eliza Klatt sat down to talk about forming the band, the success of “Just Exist,” coming to America, plus more.

Cryptic Rock – Eliza & The Delusionals came together 4-5 years ago. In that time, you released your debut EP, have a hit single in the USA, and are set to go on tour with Silversun Pickups. How would you describe everything that has happened for the band?

Eliza Klatt – I think it’s been wild for us. There has been lots of changes and we are just taking it a step at a time. Every step it is growing for us, which is really cool.

Cryptic Rock – It is growing steadily. You have a lot of different influences judging by your music. A lot of the influences seem to be from ’90s Alternative and Indie Rock. Is that a fair assessment?

Eliza Klatt – I think so, that is really accurate. Those were our influences growing up, a lot of our favorite artists are from the ’90s.

Cryptic Rock – It sounds like it! When the band first came together, was there a direction you had in mind or did it all just come together naturally?

Eliza Klatt – I think it was definitely a bit of both. I think I definitely had a bit of a version at the start, but I think with everyone coming from different backgrounds in music, it just all happened.

Cryptic Rock – That makes a lot of sense. You did release your debut EP, The Deeper End, back in 2017. That was the world’s first introduction to the band. What was it like putting it together?

Eliza Klatt – I think it all just came together. The songs that were on there just felt like they were the right songs to go together and felt really cohesive. I feel like it just kind of fell into place. That has been a big thing for us when writing and recording music – it is just kind of what happens.

Cryptic Rock – Right, you want the music to come naturally, that is always the best kind of music. You have released a good portion of music in the last 2-3 years. These songs all seem very personal. Do you find writing lyrics therapeutic?

Eliza Klatt – Yea definitely. I think that is really the only way I’ve been able to cope with things. I think that is why I’m a songwriter and I can speak the same for the band and a lot of other musicians. It is sort of a therapy to deal with things with music and writing about them.

Cryptic Rock – It is also a good outlet for listeners. In may ways the music speaks for others who are not creating it as well. The band’s latest single “Just Exist” has really taken off here in the USA. Played regularly on SiriusXM Alt Nation, it is now the number 1 song on the station. How exciting is it to see the song take off like it has?

Eliza Klatt – It’s just crazy for us. We can’t even explain it. It was so out of the blue, we didn’t even know that was happening, we didn’t expect anything. We just got so lucky with it. To hear so many people connect with it in their own way is really awesome.

Cryptic Rock – That is great. The song really grabs your attention from the first listen. One of the aspects which grab your attention is your voice. Listening to the music Eliza & The Delusionals has put out, you seem to place the right emotion at the right times with your singing. How do you approach singing?

Eliza Klatt – I’m not too sure. I guess I just connect with the message of the song, what it means to me, and why I wrote it. I think that’s where that comes out of. I don’t really think about it too much I suppose.

Cryptic Rock – Understandable. You have the EP out and a list of singles including “Just Exist.” The next question is, do you have a full-length album coming?

Cryptic Rock – That is good to hear! It seems like we have gotten away from full-length albums in today’s music world. Is the band sticking to singles and EPs right now?

Eliza Klatt – I know, it’s a big discussion between us as well. I think we’ve always loved the idea of writing albums, putting albums together, and having it’s own concept. I think we’ll definitely always think of making an album rather than singles and how songs go together on an album.

Cryptic Rock – That is nice to hear, because albums are very important to music.

Eliza Klatt – I agree! We all agree and it’s something we really think is important as well. People are getting a little bit more quantity over quality with songs, and we don’t really like that.

Cryptic Rock – Yes, there is no substitute for a good album. So, how did the band come together?

Eliza Klatt – I met our Guitarist Tex and the guy who was sort of playing guitar at the time decided to do his own thing and leave. Tex jumped in last minute and sort of just stuck with the band. Kurt and I have actually known each other since we were little kids in primary school. We’ve always been in close contact.

Cryptic Rock – And here we are today where the band is doing well. Let’s talk about this upcoming tour here in the USA with Silversun Pickups in February. How excited are you for this tour?

Eliza Klatt – We just can’t even believe we got the offer! Some of the venues are literally dream venues for us. I’ve been listen to Silversun Pickups since I was in high school. It’s really just a dream opportunity really. We can’t even really believe it!

Cryptic Rock – That is wonderful. It will give the band a lot more exposure too.

Eliza Klatt – We’re so excited to finally come and play for the people who’ve been listening and asking for a tour for ages. It’s really satisfying for us to announce the tour, we can stop disappointing people. (Laughs)

Cryptic Rock – It is quite exciting. What are some artists that influence you and the band?

Eliza Klatt – I think a couple of bands we all really enjoy collectively, because we all have different tastes, is The 1975, Catfish & The Bottlemen, and Coldplay. Bands like that are really big influences for us in terms of songwriting as well as artists and performance too.

As far as artists from the ’90s, speaking for myself, I would say Garbage is a big one. Also No Doubt, a lot of those really awesome female fronted bands that have come through.

Cryptic Rock – Good selections. You have new music coming out in 2020, you have your first USA tour, so what else is planned for 2020?

Eliza Klatt – Just lots of touring and new music. That is pretty much the plan so far.

Cryptic Rock – Awesome. Having visited the USA, but not touring here yet, how do you feel about it all?

Eliza Klatt – It’s really different from home. I think we are definitely getting used to the differences. We’ve only been in New York, so I guess you can’t make a judgement on the whole country. It’s been really nice visiting and we’ve had a good time.

Cryptic Rock – Well hopefully you come back more and more. Last question, what are some of your favorite Horror and Sci-Fi films?

Eliza Klatt – We love Star Wars movies! I’m not too sure about Tex, I actually don’t know if he’s as big into Star Wars as Kurt and I. It is like a comfort movie for us. 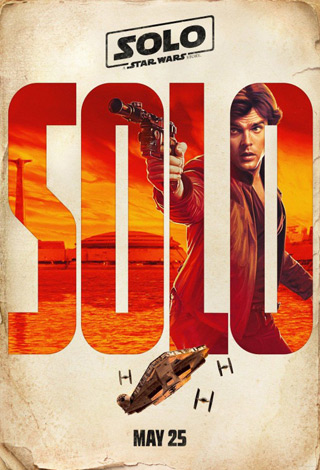