Norway is a land known for it’s deep roots in the black metal movement which began sometime in the 1980’s.  Since that time the scene has grown in leaps and bounds and has resulted in various off shoot sub-genres.  Kvelertak hail from Stavanger, Norway and bring listeners a new breed of rock and metal. With influence from black metal, rock n roll, punk, and heavy metal the band has managed to provoke a new style they can call all their own. After bountiful success in their homeland with their debut self-titled album Kvelertak (2010) the band looked to take things abroad with their sophomore effort Meir. Now on the heals of the release of Meir the band finds themselves touring North America for the second time in a year and are making waves in the process. Recently we sat down with lead singer Erlend Hjelvik to talk about the start of the band, unforeseen success , and much more.
Crypticrock.com – Kvelertak has been together now since 2007 and in that time you have managed to make a name for yourselves in the Norwegian music scene receiving two Spellemann awards in 2011. As time has gone on the band has caught on in various countries. How does it feel to see your band grow in recognition and musically over years?

Erlend Hjelvik –  It’s been crazy. We started the band in 2006 for the hell of it. We were living together and pretty bored so we just started a band to have something to do. We never had any ambitions with the band as well. It’s great that we have managed to put out two albums and have pretty much toured non-stop since we released the 1st album. It’s a great feeling for sure that something like that can turn into a full-time thing.

Crypticrock.com – That is pretty unbelievable and a great success story. The band released a demo Westcoast Holocaust (2007) and it wasn’t until 3 years later that you released your debut self-titled album Kvelertak (2010). The album received very positive reviews and really expressed a diverse mix of musical styles from black metal to punk to classic rock. How did the band devise this unique sound?

Erlend Hjelvik –  We have one song writer and that is our guitarist. He listens to all kinds of music. He takes the best parts from all kinds of different styles from 70’s rock to even black metal. He manages to blend things in the songs. Then when we practice those songs everybody comes with their own ideas. We have all different tastes in the band so I think that manages to shine through too. I think we all put our own personal touch on the music. 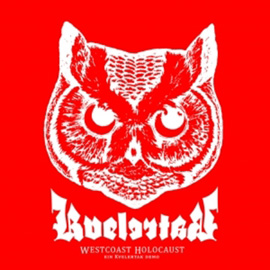 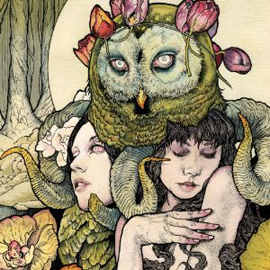 Crypticrock.com – It definitely does show through in the music. Now coming from Norway, the country has always been known for its strong black metal scene. Very often metal fans are very fixated with labels. When you initially began the band did you find it difficult to find acceptance amongst metal fans being your sound is quite a hybrid of many forms of rock?

Erlend Hjelvik –  With fans, maybe you will have fans in Germany that say I wish you guys were heavy. Most of the time people seem to be into what we are doing. They seem to be into all the songs we do. When we play songs, no matter which style, it sounds like Kvelertak and the fans know that too.

Crypticrock.com – That is a good thing. Your newest album Meir (2013) came out in march and the album really seems to see the band progress. The songs are cohesive and well crafted. What was the writing and recording process like for this new record?

Erlend Hjelvik – It was kind of different. On the first album we had all the songs that we had been playing for years and that album kind of made itself. With this one we just wrote most of the music about 3 months. I am super happy with how it turned out and I don’t think we could have done it much better. Being in the studio was better this time. We have been touring 3 years from the 1st album and we felt a lot more confident going with experience in the studio. We also knew producer Kurt Ballou from the first album. It just made everything easier, I think we were pretty nervous the first time as we were pretty inexperienced (laughs). We definitely were more comfortable and relaxed in the studio this time. 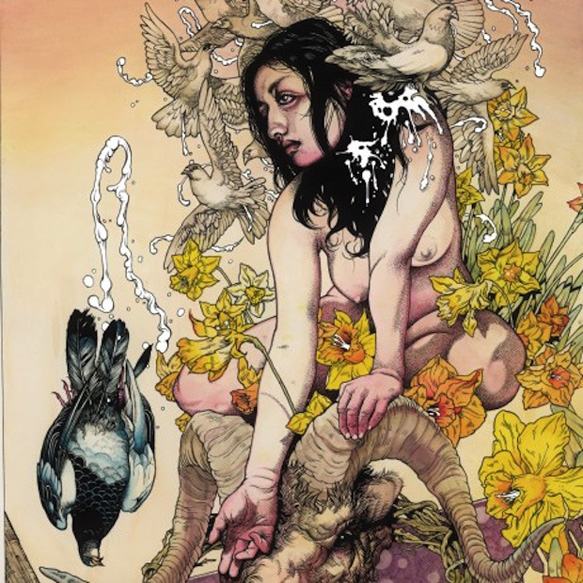 Crypticrock.com – It definitely shows in the music and the album is doing excellent. What is interesting about Kvelertak as well is you feature 3 guitar players which is not often common in a band. How is it working with 3 guitar players when it comes to writing?

Erlend Hjelvik –  They write different parts for each player. We have a lead guitar in Maciek Ofstad, Vidar Landa does most of the rhythm stuff, and Bjarte Lund Rolland does both. They can keep one part going and the other player can play lead on top of that. I guess it adds for a lot of possibilities when to comes to harmonies and layers. That is what we like to do; to have a guitar assault (laughs).

Crypticrock.com – It also makes for a great live show with 3 guitarists on stage. You are currently on tour with High On Fire. This will be the 2nd time touring North America this year and this is the first year the band has been to the states. How does it feel to play to American audiences not once but twice in the same year and how has the response been?

Erlend Hjelvik –  I think it’s awesome. America is one of my favorite countries to tour. There are so many bands we know here and the audience is great too. It definitely feels good and I think we will be coming back a lot more in the future. The tours have been getting better each time we come here. It’s been a good progress from when we came over the first time. 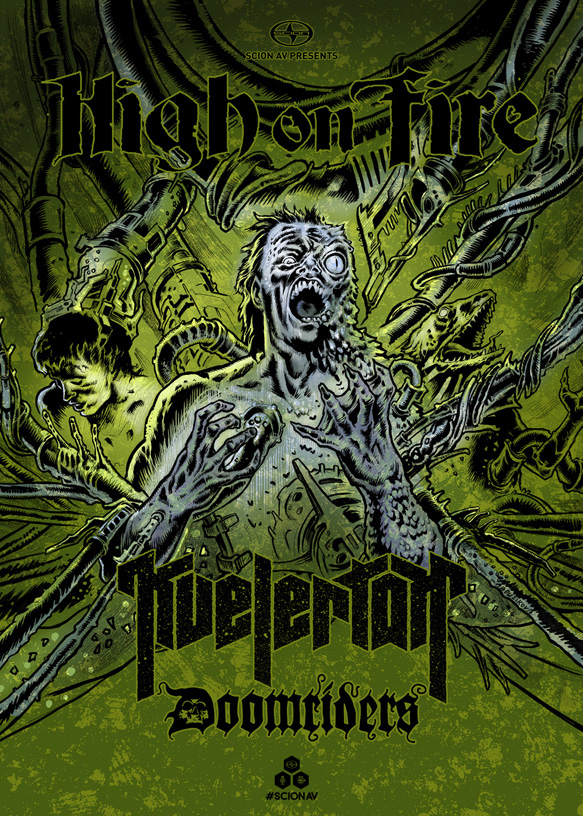 Crypticrock.com – The more you keep coming to America the more people will come out to the shows and it will get better each time. Besides Kvelertak you are also involved in a black metal project entitled Djevel with former members of other well known bands such as Enslaved. How did this project come together for you?

Erlend Hjelvik –  I joined the band around 2011 and a friend of mine, Trond Ciekals from the black metal band Ljå, became tired of playing with the other guys and wanted to start a new band which was Djevel. He asked me to do some vocals on some demos. I did that and just became a member of the band. The other guys in the band I got to know through him. It’s a cool thing for me. He writes all the bands and the lyrics. It’s not very time consuming for me because we only play about 1 show a year.

Crypticrock.com – It is also a different style band for you to work with which has to be cool to have those two different outlets.

Erlend Hjelvik – Yes, It’s totally different than compared to playing with Kvelertak especially when it comes to live shows. I have to be in a different mind frame. I think definitely putting on corpse paint helps to become more pissed off on stage (laughs). 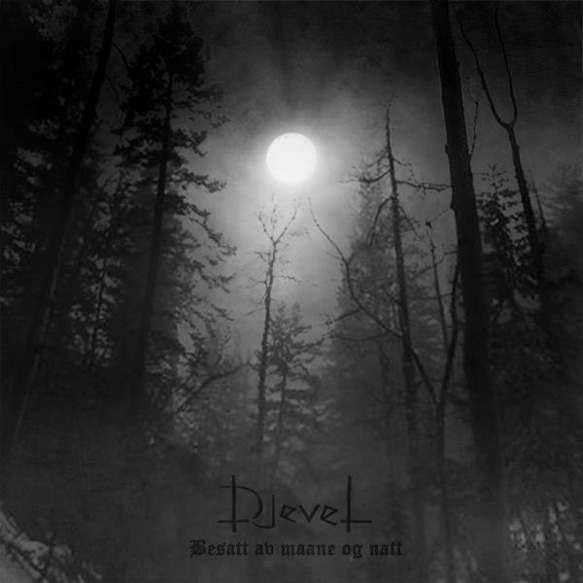 Crypticrock.com – (laughs) That is true. What are some of your musical influences personally?

Erlend Hjelvik – For me it’s mostly been death metal when to comes to vocals. I listen to everything from Prog-rock and I like listening to black metal still. I listen to a lot of doom metal too.

Crypticrock.com – It’s good to have a diverse mix of rock and metal to listen to. My last question for you guys is regarding films. Crypticrock.com is a rock/metal and horror news site so we like to focus on all genres. Are you guys fans of horror films and if so what are some of your favorite horror films?

Crypticrock.com – I agree with you. I am also a huge fan of the older horror films. I think the newer films lack an atmosphere the older films had.

Erlend Hjelvik – Exactly. The new films are too much computer effects. CGI is never scary, it not real and you can just tell. It’s impossible for it to be scary now.

Be sure to see Kvelertak on their remaining tour dates as follow: