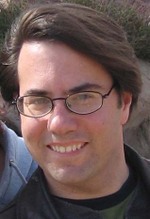 Within the Science Fiction film genre, the possibilities of creativity are endless. With topics that touch on fact, fiction, as well as the unknown, Science Fiction is one of the most adored storytelling of the 21st century, and film Director/Writer Jay Weisman taps into all the mentioned topics in Shockwave Darkside. Thought-provoking and enticing, the film includes a stellar cast of Bill Sage (American Psycho 2000, Precious 2009), Mei Melancon (X-Men: The Last Stand 2006, Pathology 2008), Sonequa Martin-Green (Toe to Toe 2009, The Walking Dead Series), and Alexander Cendese (Greetings from the Shore 2007, One Life To Live Series), among others. With a mass of exposure via film festivals, Shockwave Darkside finally sees a Video on Demand release as of January 5, 2016. Recently we caught up with Weisman about his work on the film, the revolution of VOD, and more.

CrypticRock.com – You have been involved in film for some time now. Most recently you wrote and directed Shockwave Darkside. Could you have made this movie without all the advances in computer technology of late? With that said, how different might the 1980s version of Shockwave Darkside been?

Jay Weisman – Great question! Now I want to take the DeLorean for a spin and make an ’80s version! As different as it would have been to make it using that technology, I think the end result might surprisingly not be all that dissimilar. At its heart, Shockwave Darkside was inspired from classic Science Fiction, like the original Star Trek or The Twilight Zone. I did want to have a retro quality to the film from the get-go, which I think would translate no matter when you would make it. Of course we wouldn’t have things like 3D, Heads Up Displays, and digital set extensions, but Shockwave might settle into an alternate-universe ’80s aesthetic quite nicely.

The truth is, at its core, it’s really about five people stranded in a desperate situation. And as such, we tried to focus on the characters and how they respond to their predicament. That doesn’t mean we don’t have battles and space ships buzzing around, but I’d like to think that the core of the movie is about people versus their surroundings, not the other way around. That said, I would love to dust off a 16mm camera, some kitbashed models, and see what an ’80s version would look like. 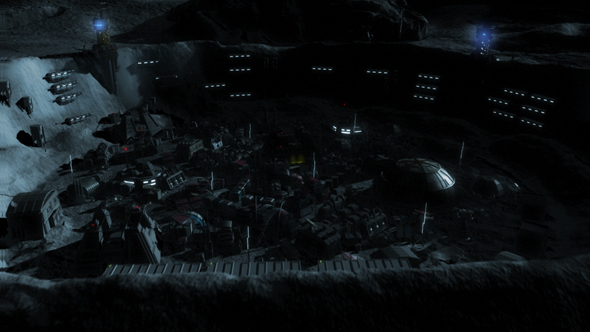 CrypticRock.com – That would be really interesting to see. The film has been described as “Smart.” Did anyone ever try and push you in a different direction, perhaps to do something a little more shlocky and popcorny?

Jay Weisman – Surprisingly, not all that much once everybody signed on to the movie. I think there was a fair amount of understanding regarding the film that we were trying to make, so we could rally around the script and make the best version of the story with the resources that we had.

Once we got into editing, it was more about making sure that the story beats were clear and that it moved along at a good pace. The discussions were more about modulation, how much information is too much, and how little could be confusing. That was a tricky dance, especially because we utilize things like Heads Up Displays and voice over to give bits of plot information, so we were editing and building our VFX at the same time. It was kind of a leap of faith because we had to lock picture, then lock animation, and finally sound design and music. In some cases, we weren’t sure if certain things made sense until everything was dropped in at the very end.

CrypticRock.com – One could see how that could be confusing, but it all does come together in the end. It seems as if you wanted to tell a message as well as entertain with this movie. Is that an accurate observation?

Jay Weisman – I think that’s pretty accurate. Although, I hope it’s not preachy. I think there’s a skill to getting the audience to ask evocative questions, but not necessarily answering them. Again, guys like Rod Serling, Gene Roddenberry, and even authors like Ray Bradbury and Robert Heinlein were masters at this. I was tremendously influenced by them. They could literally bend a narrative to get you thinking about anything they wanted to without you really knowing it.

The fact of it is, I love writing. Nothing makes me happier than tinkering with story to see if I can solve problems on the page and just push myself to be better. To me, it doesn’t even feel like work.

When writing Shockwave, I discovered that there was an allegorical nature to their predicament that was directly influenced by what is going on in the world, but also in a way that didn’t step on the story. It was kind of operating in the background a bit that seemed really interesting to me. Science Fiction is great at this, so I dug in, had fun, and tried to respect the audience to make it as smart as I could . 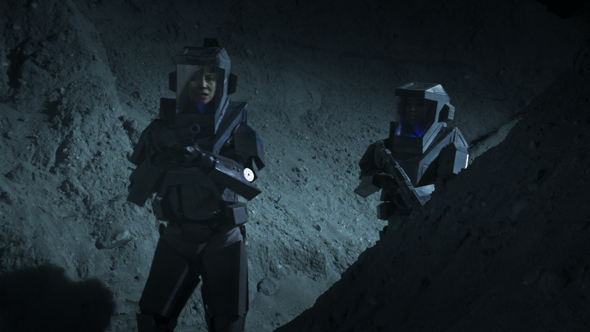 That said, I didn’t want any of this to shortchange the ride. It’s a delicate balance because there is such a great, visceral nature to cinema which you want to capture as well. Luckily, I felt like I had a story that could really play with all these textures and come up with something really unique and exciting. It was the most fun I’ve had writing a script.

CrypticRock.com – The best work comes from something you love to do and are excited about. How much of a marketing tool has the internet been with the film?

Jay Weisman – In an age where publications like the Hollywood Reporter are printing YouTube views and Facebook stats of movies, I’d say the internet is probably one of the biggest marketing tools there is right now. The trick is making sure that films don’t get lost in the noise, so that’s the big challenge, I guess.

I think there’s an interesting conversation to be had about how people discover content online. The great thing about the internet is that you can get very granular with your targeting, zeroing in on specific websites that cater to specific interests. More and more, I think that approach leaves less and less room for discovery, potentially leaving out folks on the fringe who might really appreciate the film. So from that perspective, it can be a tricky balancing act for a movie like ours that straddles a few genres.

CrypticRock.com – That can be tricky and is a challlenge with the internet. The film has had many screenings, including Frightfest. What have they done for the film?

Jay Weisman – Looking back, I think of those screenings as a great form of market research. From them, we gained tremendous insight as to how certain audiences reacted to the film. We screened in a variety of venues in front of a variety of crowds, FrightFest included, and then used viewer reaction to help us understand our audience better. Obviously, different audiences are looking for different things, but even within the Science Fiction and Horror community, there was a lot of great feedback as to who responded to the movie and why.

Studios have the luxury of doing this kind of stuff all the time, but for an Independent film, I’d say these type of screenings are also invaluable in that it informs you as to how you can speak to the audience – and that’s really important. Especially since we don’t have a large promotional budget to refine the message over the span of a campaign. I’m a genre fan, so I know how passionate we can be, but all this forces you to have an out-of-body experience of sorts to understand your movie from the outside instead of the other way around. 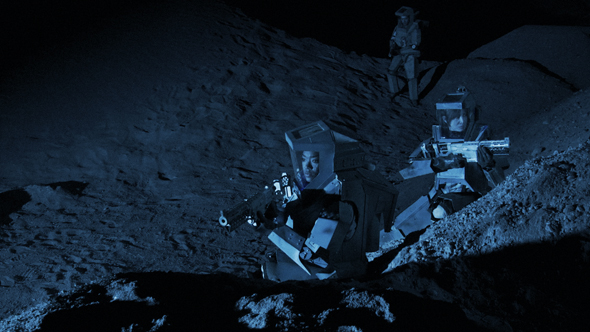 CrypticRock.com – That does allow an interesting point of view. Did you sell the film at the American film market or pick up distribution elsewhere?

Jay Weisman – We actually picked up both our domestic and international distribution in between AFM’s. That said, AFM is always kind of a nexus point where we can reconnect, gauge the business, and talk strategy. It was also a great opportunity to hang out with my producers and distributors over coffee or beer and just catch up because everybody lives all over the world.

CrypticRock.com – That is great. Do you prefer the 2D or 3D version of the film?

Jay Weisman – Personally, my preference is the 3D version because that’s what we optimized the experience for. We wanted the movie to be as immersive as possible, so we kind of designed the film to take advantage of the medium. I guess if there was a “director’s cut,” that would be it. I also get that not everybody likes 3D, so we did treat the 2D with the same amount of respect. It’s the same movie, but we did make some adjustment to make sure that both experiences were on par.

CrypticRock.com – Not everyone does appreciate 3D, so it is good to have the two versions to allow for more audience interest. Besides the 2D edition, is the American version of the film any different to the film releases in other countries?

Jay Weisman – It’s pretty much the same version. The American version has more making of stuff on the DVD, but other than that, it’s the exact same movie. 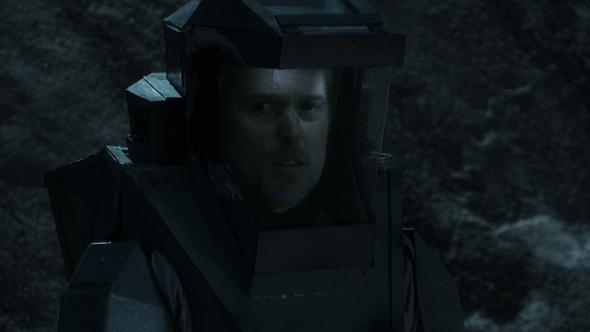 CrypticRock.com – Many look forward to the extra features. Do you think the future of film is in Video on Demand format? Have you scrapped DVDs yourself in favor of watching everything digitally now?

Jay Weisman – I was literally having that debate this past weekend. To me, because of the wealth of content being produced for, and available via VOD, I can’t remember the last time I popped in a disc. Yet, at the same time, I can’t bear to part with my collection.

I think people still want to own “stuff,” so on one hand, I think it represents something a little primal in that we inherently find comfort in that which we collect. On the other hand, I think media is becoming much more disposable and consumable. I have a feeling we’ll evolve into a mixture of both. I’m paring down my DVD & Blu-ray collection, but I’ll never part with my favorites. They’ll go right on the shelf next to my floppy discs and cassette mix tapes.

CrypticRock.com – Media is becoming more disposable and consumable. Do you believe that perhaps Video on Demand opens up more opportunities for indie filmmakers?

Jay Weisman – Absolutely. We do live in exciting times in that it feels like there has been such a revolution in content distribution, and VOD is obviously a huge a part of it. I think it somehow democratizes the process a bit, which can only be good. The challenge then becomes how do you reach the right audience because, well, everybody is also doing that, so it’s easy to get lost in the shuffle a bit, I fear.

For the viewer and fan, that’s not a bad problem to have, but I think there’s more pressure to build and sustain an audience in a relatively short amount of time if you’re a content creator. It’s an evolving thing, which is really exciting.

And frankly, I don’t think it will ever stop evolving. I think the days of a predictable, tried-and-true distribution platform are long gone. As someone who’s very interested in the future, it’s a great thing to be a part of, and at the same time, study from the distance as well. 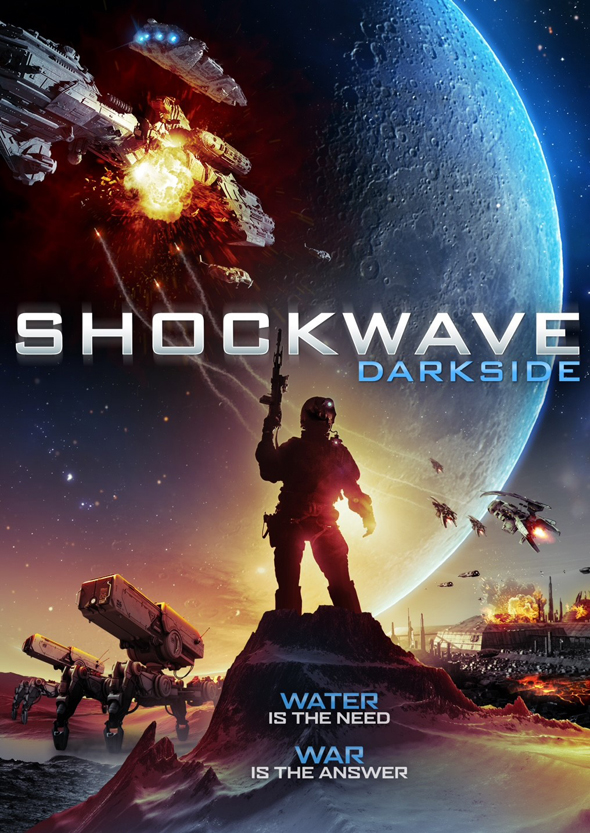