In recent years, a fresh crop of hard rock bands has been growing in the fabric of the United States. Phoenix, AZ based Defy Tolerance have been making some noise with a blend of aggressive guitars, catchy hooks, and thoughtful lyrics. Taking destiny into their own hands, this 4-piece band independently released their debut album Stop The Bleeding in 2013 with contagious tracks such as “Get You Nowhere”. Living their dreams and defying the odds, 2014 looks to be a breakout year for these hard working passionate musicians. Recently we sat down with lead singer/guitarist Freddy Kilo for a look into the story behind Defy Tolerance, keeping a positive attitude, love for rock n roll, and much more.

CrypticRock.com – You and Donny started Defy Tolerance back in 2011 and started playing shows in 2012. Being involved in music a while what clicked between yourself and Donny that was different than prior projects?

Freddy Kilo – I think we kind of meshed well personal-wise. I didn’t know him before we were in the band. We hung out a few times before we even got together and jammed, he is a cool guy. That is probably one of the first things to look for when you start a band because you are going to be with these guys for a long time. Obviously the music style; I think the three songs I originally recorded sit well with the style he wanted to do in a band. Another big thing for him was I already had the band name picked out. He said in the past, in bands he played in, they had a really hard time picking out the band name; so he was impressed with that right off the bat (laughs). 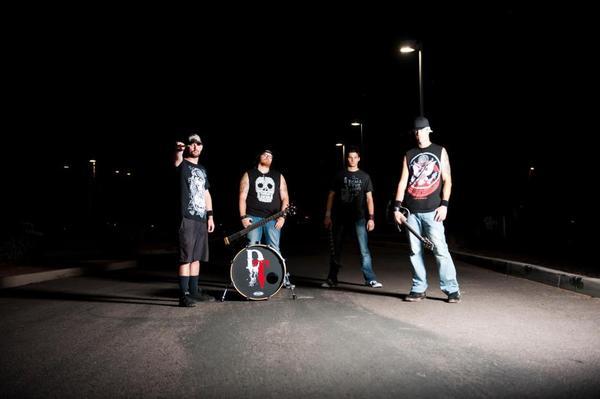 CrypticRock.com – Sounds like you clicked right away there. Now your debut album Stop The Bleeding was released in 2013. The record is a great mix of heavy guitar riffs and personal lyrics. Were these things which you had been working on for some time or fresh concepts written when Defy Tolerance came together?

Freddy Kilo – Everything that is on the record was written by myself and Donny. Brian didn’t come into the mix until after all the songs were written. It’s mostly a mix of Donny and I.

CrypticRock.com –  The album sounded extremely tight and mature for a debut, especially for a band which is relatively new. How redeeming is it to see this finished product out there for rock fans to discover?

Freddy Kilo – All of us have played in other bands before so I think all of us have a lot of experience with the instruments that we play. I was really impressed with the production of the record. Ken Mary, who produced it, is really good to work with; he is a perfectionist like myself. We are just hoping that other people like it as much as we do. 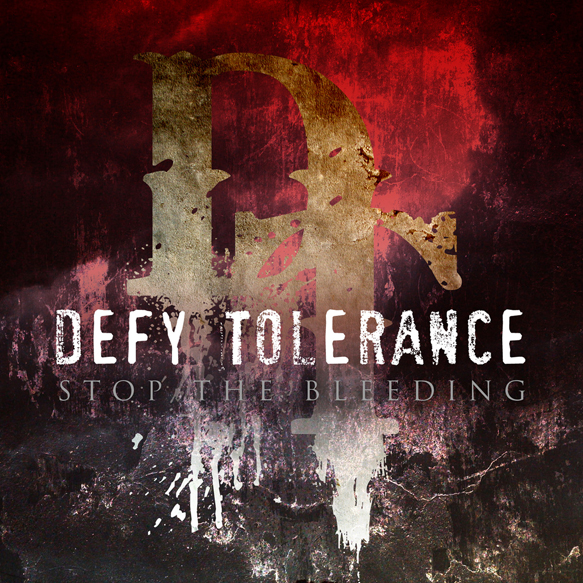 CrypticRock.com – It’s a very good record. A lot of these songs are very reminiscent of hard rock from the late 1990’s and early 2000’s. With so many sound-a-like rock bands out there now a day was this something you wanted to emphasize to distinguish yourselves?

Freddy Kilo – That’s a real good question. That’s something I think about a lot. Since they are our songs, it’s hard for me to listen to them from an outsider’s perspective. I always wonder if we really do sound any different than anything out there right now. There are a lot of really good rock bands out there now. To me there are only a really select few that you can really hear the difference. If you were to hear Korn, you know that’s Korn playing; you would not second guess it. A band like Metallica, you know that’s them. I always wondered if we have that factor with us and if someone who never heard us before thinks maybe we sound like another band. It’s nothing we really try to do. We don’t try and sound apart from any other bands. What we write is a collaboration of all our musical influences over the years. What comes out just happens. We enjoy playing it and we are satisfied with our music. I think that is all that matters to us.

CrypticRock.com – Of course, you have to be happy with what you are making. Now you have obviously played many shows in Arizona, sharing the stage with many established hard rock bands including Trapt and Smile Empty Soul. With that said when can we expect to see Defy Tolerance hit the road to help raise awareness of the band?

Freddy Kilo – That is something we set a goal for in 2013. We probably wanted to do a lot more out of town shows in 2013 than we did. We have had a little trouble finding a booking agent that wants to take us on and help us out. That is probably our biggest goal this year, to at least book something like a 2 week tour regionally in California, Nevada, and New Mexico. Donny is in charge of all the networking and contacting agents. He is having a hard time finding a legit and reliable booking agent. It’s something we are working on. It’s something we definitely want to do. We have quite a few fans around the country just from our PR helping us. We want to play shows; it’s definitely on our to-do list.

CrypticRock.com – That is something to look forward to. The music industry is extremely tough now a day. Even if you are fortunate enough to be signed to a record label there is still so many obstacles now a day. Most important, music should be for love and everything else will follow but how do you feel about the state of the music industry?

Freddy Kilo – When I went into the studio and sat down with Ken, he said this was probably one of the best albums he recorded in the last 5 years. It kind of gave me the hope to do something with this professionally. He also told me it’s a really tough industry. I really didn’t know what he was talking about back then because I didn’t have a whole lot of experience dealing with the industry. Now that we are playing as a band, booking shows, playing with other bands, and getting our music out there; I know exactly what he is talking about. It is a very tough industry. You do almost always have to catch a break with radio to make something happen. It’s hard and I try and not think about it; it’s a downer. I really believe in our music, I believe what we are doing, and I think a lot of other people will like it. With this industry being as tough as it is, so many bands trying to do exactly what we are doing, if I sit down and dwell on it my moral will go way down. I just look forward to that we practice twice a week. I look forward to getting together with the guys and playing shows. If I keep that in my mind and think about that, that will keep us going. If you work hard at something long enough your chances of being successful will go up. We are just going to keep doing what we are doing and if something happens, awesome. If nothing ever happens with it, I still already won. I never planned on getting this band together. I never planned on going into the studio, playing live shows, and having all the fans we have. In my mind I already won. If something else happens as far as professionally and make a living with it, that’s just a win-win situation. 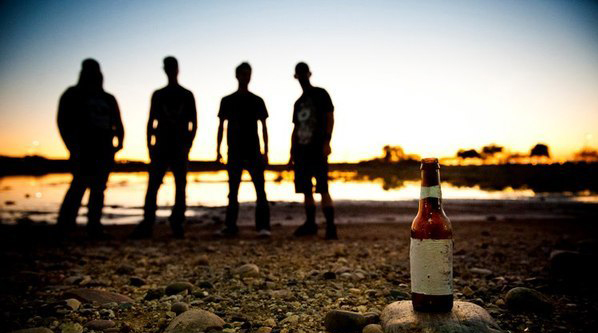 CrypticRock.com – That’s a great outlook to have. When you work hard and are appreciative of what you have good things happen. You guys have a good product to offer rock fans. What I want to ask you next is what some of your musical influences are?

Freddy Kilo – For whatever reason it is, I kind of stopped listening to music in general in recent years. I started listening to more news talk radio. For some reason it is what I am into at the moment. Before that I was really into bands like Killswitch Engage, Disturbed, All That Remains, Atreyu, and all those heavier high energy bands. I think stylistically my influences on guitar probably come from a lot of those bands with heavier, tighter guitars. Now I have two young daughters, they like listening to pop music. I will catch myself tuning the radio to top twenty hits; if I want to relax I tune into country. That is pretty much where I am at right now.

CrypticRock.com – It’s good to listen to everything. In some shape or form it will find its way into your own music and that is in no way a bad thing. It just makes you more diverse.

Freddy Kilo – You’re right. Last year I was writing a song and was stuck on it. I really didn’t know what to do with it, with the melody and theme on the song. I remember listening to a country song and I noticed the pattern of the chorus they were doing and thought it was pretty cool. I actually incorporated that into the song. It’s true to be diverse, it will help you out.

CrypticRock.com – Is that track a newer track not on the record?

CrypticRock.com – Awesome, so can we look forward to an EP in the future?

Freddy Kilo – Possibly, we will see what happens. These songs are a little more involved from what we had done in the past. Since we have Brian in the mix now, he has added some interesting colors to our music. We are excited to see what we will sound like together in a studio environment.

CrypticRock.com – It will be interesting to watch the band progress. My last question for you is regarding films. Crypticrock.com is a rock/metal and horror news site so we like to focus on all genres. Are you a fan of horror films and if so what are some of your favorite horror films?

Freddy Kilo – Anything zombie. I watch a zombie movie when ever and where ever (laughs).

CrypticRock.com – (laughs) So you are into zombies. Do you have a favorite zombie film?

Freddy Kilo – I like 28 Days Later (2002) and 28 Weeks Later (2007). I liked Zombieland (2009), it was pretty entertaining. My wife and I watch The Walking Dead. I always wait for it to come out on Blu-ray because I am a videophile. I like watching the best looking image as possible. We stay away from the TV show and once it comes out on Blu-ray we’ll buy it and watch it all back to back. 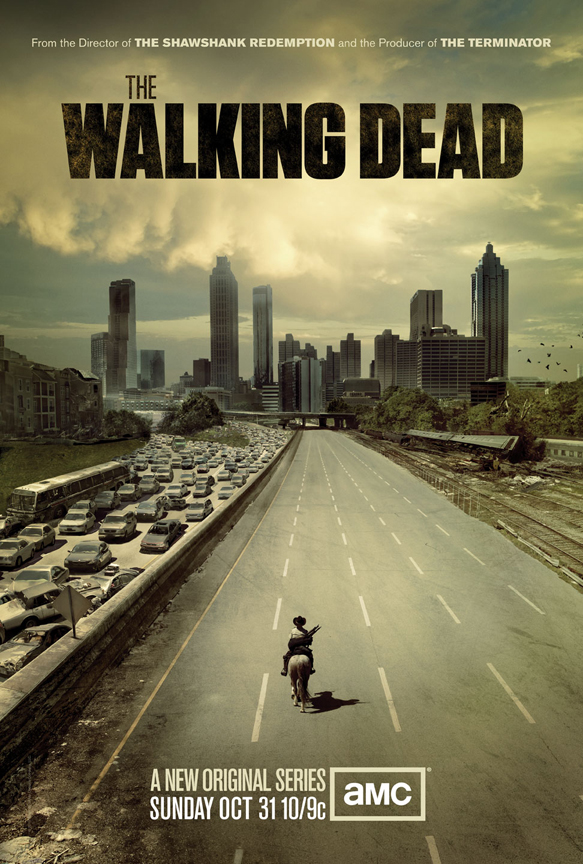 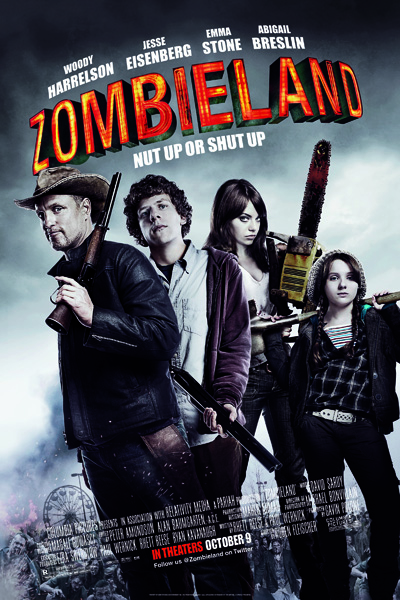