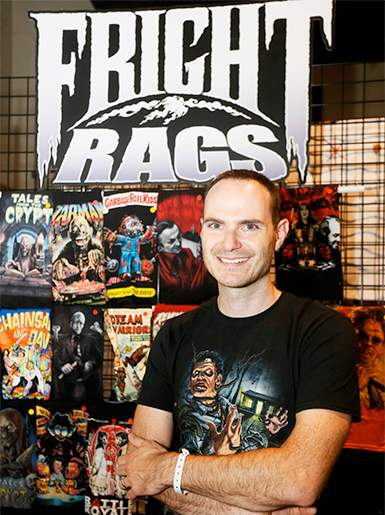 The Horror genre is perhaps one of the most adored sub-genres of films around. Stimulating our imaginations, many have fond memories of their favorite Horror flick growing up, happy, frightened, or merely just compelled. Those visions stick around throughout life, and some are proud of those memories and want to wear them upon their chests in the form of a t-shirt. A regular American kid, Ben Scrivens had the same memories as a child, and when he grew up, he pondered the question why are there not more Horror film t-shirts out there? A valid question in a popular culture where sports and band t-shirts are prevalent, why not Horror? As a result, he took to task and founded the Fright-Rags Horror movie t-shirt company back in 2003. Now over a decade later, Scrivens’ little company has become a premiere leader in an industry one could say he helped build. Recently we sat down with Scrivens for a look into the beginnings of Fright-Rags, the story behind their designs, his love for Horror movies, and more.

CrypticRock.com – You began Fright-Rags over a decade ago, and since, the company has grown to be one of the premiere Horror apparel companies in the world. First, tell us, what inspired the formation of the company?

Ben Scrivens – It all started back in 2003. I had been at my design jog for about a year and I was getting restless. I liked what I did, but I wanted to work on a side project based on my passion. I’ve been a Horror fan since I was four years old, so that was my starting point. Plus, I always had a love of quirky t-shirts, and realized I never owned any Horror shirts, mainly because there weren’t any available that I was interested in. So, I thought I would try them myself and came up with a few ideas. My friend urged me to post them on his forum and they were met with a lot of positive feedback. That was the push to get me going and, over the course of Labor Day weekend 2003, I created the name, basic logo, and the website from scratch.

CrypticRock.com – Wow, that is really cool. Look what it has blossomed into. Clearly you are a fan yourself. Did you have this idea at a young age that you wanted to be involved in the industry at some capacity creatively?

Ben Scrivens – Growing up, I wanted to be everything from a Comic Book artist to a filmmaker, even a SFX artist. However, I would have never guessed this is what my profession would be. That said, I couldn’t imagine doing anything else because I really enjoy all aspects of the business, not to mention I get to immerse myself in a genre that I love. 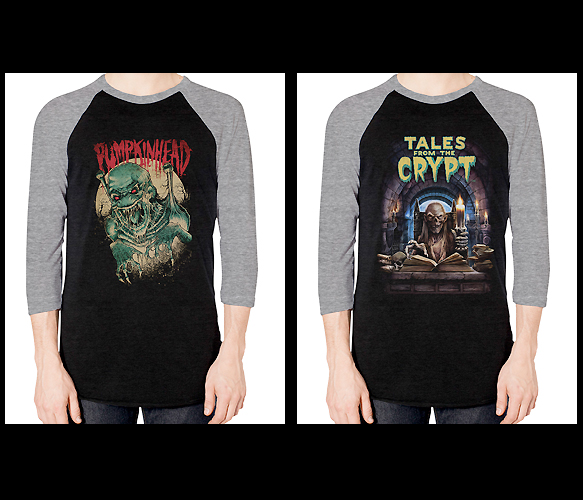 CrypticRock.com – Absolutely, we never foresee what direction we will go professionally. It is a blessing to be involved in something you love though. The Horror film fan base certainly is a unique subculture. It seems that many dedicated Horror fans appreciate the genre’s past more than any other genre. Why do you think this is so?

Ben Scrivens – I think it has to do with how we all got into Horror movies. Ask any fan how they were introduced to Horror and everyone has the same story; they were three years old and snuck downstairs to watch The Evil Dead (1981), or they were ten years old and slept at a friend’s house and watched The Texas Chainsaw Massacre (1974). We all saw these movies at a very young, impressionable age. Given that Horror can be so visceral, it has an enormous impact on a child who can’t even tie his own shoes let alone old enough to be watching them at all.

As adults, we have a certain filter through which we see the world, colored by our own experiences and opinions. That can make it hard to let things in, kind of like wearing sunglasses to filter out the sun. As a child, you don’t have that so everything is being let in – like a mid-afternoon clueless day. You get it all, and, as a child, it makes an impact. While there are great Horror films being produced today, I think we all like revisiting the ones we watched growing up because they affected us in ways I don’t think movies can as adults.

CrypticRock.com – That is a very valid point, and so true. Sometimes no matter how hard we try, we cannot get past what we grew up with, because it was our first impressions. As far as your products, as time has gone on, the product has gone from more than standard film artwork to unique designs based around many films. Tell us a bit about the artistic design of some of the original designs of Fright-Rags?

Ben Scrivens – Well, we’ve always tried to do something other than standard film posters on shirts. There is a little bit of that, sure, but in general we’ve always been about creating original designs that represent these films. I really enjoy working with different artists and they all have their own way of depicting images from the films. Some go for a more painterly look, others go for a more Comic Book feel. It’s all interpretation. The artists are the true talents – we are just the curators of those styles and it makes it exciting to see what these guys come up with. 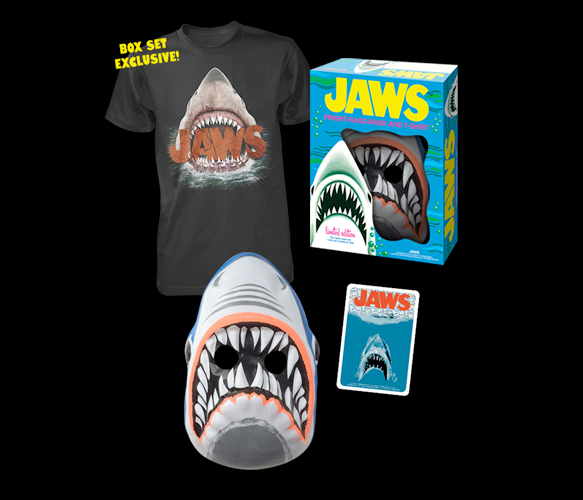 CrypticRock.com – Well they certainly look wonderful and are unique, fresh, and inventive. Quality also seems to be a very important aspect to the company’s apparel with ultra-soft, high-quality cottons, silkscreened interior tags, and high quality artwork silk screens. How has the company been able to keep up with such high quality while still keeping the prices competitive and extremely fair?

Ben Scrivens – That is always a challenge. Part of the issue is the perception of what a t-shirt is and how much it costs. You can go to Kohl’s and buy a nice, soft, vintage shirt for $9.99 and a 30% discount. So when people see our shirts at $27, they balk at the price. What they don’t realize is that Kohl’s probably ordered 10,000 of those shirts, and they were done overseas. Their cost is a fraction of ours. Then you have many small businesses who would be considered our competition who do not license their designs, so their margins are much better because they don’t have to pay studios for rights. We are lucky in that we have gotten big enough to work with these studios and pay for the rights, but once you shell out thousands for a license, you need to make that money back somehow – with a decent enough margin to stay in business. Add in to that the cost of original artwork (which is NOT cheap), and the types of designs we print which can go all the way up to 13 colors or more. It’s just not as cheap as some people think it is. So we do our best to stay competitive, but it can be hard.

CrypticRock.com – Exactly, most do not understand the cost of operating and the overhead involved. The bottom-line, you want a better product, you need to be willing to pay a little bit more. Besides the aforementioned t-shirts, you also do limited edition special packaging for products. Do you ever have those associated with these films checking out your designs? If so, what are their reactions?

Ben Scrivens – Yes, when we do those limited edition products, they have to meet the studios’ approval. In many cases, the people behind the process aren’t fans, they’re just doing a job. That said, we’ve gotten nice comments from some studios that really enjoy our work, which is always nice to hear. Plus, we will have people who were in the film find out about the shirt and contact us about them and we always hook them up with some shirts for them. It’s fun to meet them that way. 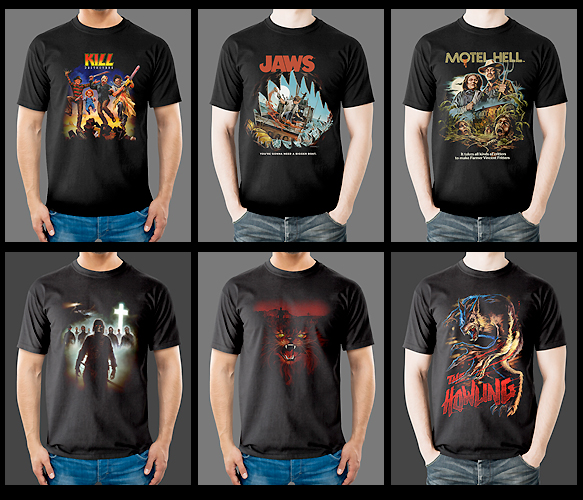 CrypticRock.com – It has to be, and you are doing their films justice. Since you have built this company from the ground up, what advice would you have for other entrepreneurs looking to jumpstart their business?

Ben Scrivens – The main thing I tell people who ask this question is to START. If you have an idea, go out there and start now. Don’t worry about knowing all the ins and outs. I’ve been doing this for 13 years and I learn something new every single day. The barriers to starting a company are the lowest they’ve ever been – and it’s the cheapest it’s ever been. It takes almost no money to do – but it does take time. Seth Godin once said, “It takes five years to become an overnight success.” This could not be more true. But you will not get there unless you start. Then, you need to keep going. Listen to feedback, reassess, and pivot when things don’t work, but always keep going.

CrypticRock.com – That is extremely true. It does take an immense amount of hard work and tenacity to stick with a vision. Seeing you have designed so many, what is a deciding factor for the company to do printings of a certain design. It is understood some designs are limited editions, but what plays the decision of picking which films to immortalize on apparel?

Ben Scrivens – It really comes down to what we want to do, along with what is requested. There are some properties we get so many inquiries about that we research doing them. In other cases, we just have a running list of films and properties we’d like to work with and go from there.

CrypticRock.com – Well the selection keeps getting better and there is no doubt Fright-Rags is the primary Horror film t-shirt design company out there. Here at CrypticRock, we cover music and a variety of movies, but mostly Horror. What is your favorite Horror movie and why?

Ben Scrivens – John Carpenter’s 1978 original Halloween. I saw it on October 31, 1981 at the tender age of four. My life has not been the same since…and that will always be my favorite movie of all time. 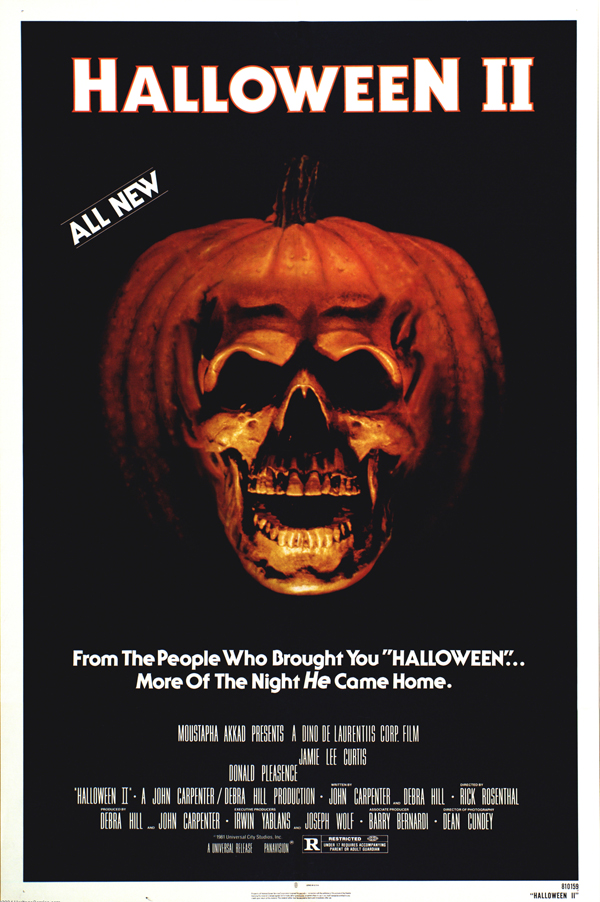