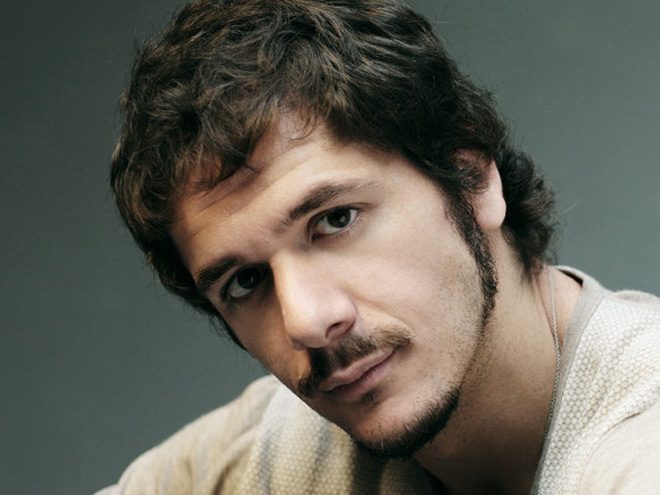 Nineteenth century French Playwright Charles-Guillaume Étienne once said, “On n’est jamais servi si bien que par soi-même,” a phrase famously translated to, “If you want something done right, do it yourself.” Ever so true, Italy’s Gabriele Mainetti took a hands on approach with his debut full-length feature film Lo chiamavano Jeeg Robot, or now known in the USA as They Call Me Jeeg. A vision he believed strongly in, after years of struggling to make it a reality, Mainetti’s They Call Me Jeeg would go on to become one of Italy’s highest grossing films amongst major studio hits such as 20th Century Fox’s X-Men: Apocalypse and Columbia Pictures’ Passengers. Impressive within itself, the award-winning film now sees release domestically via Uncork’d Entertainment on Digital/VOD as of May 2, 2017. An exciting time, Mainetti sat down to talk the making of They Call Me Jeeg, the concept behind the story, future plans, and much more.

CrypticRock.com – You have been acting, composing, and directing film for some time now. First, tell us, what inspired you to get involved with film?

I liked cinema so much, in fact, my family and I were always watching a movie together on Sunday. I just want to understand everything about movies. As far as music composition, I started playing guitar when I was very young. I have been working as an actor a long time, and as an actor, I hated directors who did not know how to direct me or what to tell me. I said to myself, “I don’t want to be a director like that.” Maybe sometimes directors or editors are there to just interrupt, and I don’t want to be like that.

I want to understand everything, make it my own, so it does not have to be misinterpreted. Of course it is a collaborative process, but decisions start from the director. I want to know things and understand the tools, that is why I did so many things in Jeeg Robot aka They Call Me Jeeg – produced it and directed it. I even edited the first draft. With the music, I try and get involved as much as possible as well. I always have someone who challenges me and tells me, “No, this is wrong.” It is important for me to hear that so I know where I am at. 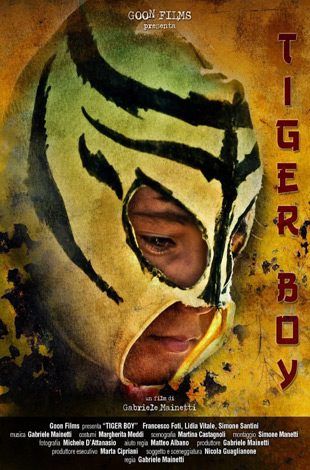 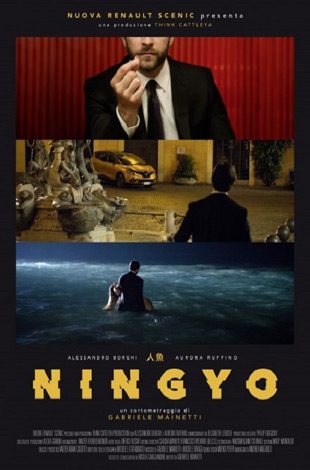 CrypticRock.com – Your passion is very inspiring. It is actually very good that you have worked as an actor because you have different perspectives from that standpoint when directing a film.

CrypticRock.com – That is very true. The characters are a vital part of a story. The audience needs to connect with the characters on one level or another. In regards to your film They Call Me Jeeg, there are many interesting characters. What was it like working with the cast for the film.

Gabriele Mainetti – I had a great relationship with the actors from They Call Me Jeeg and my acting helped me so much. We did four months of rehearsal, which completely changed the look of the people involved. Claudio Santamaria, is a huge star in Italy, he is a sex symbol. He gained 45 lbs, changed his voice, completely one octave down, and he put on an incredible performance as Enzo Ceccotti in the film. He thanks me everyday for giving him the trust to go there and not picking an actor who already looked like that character.

Luca Marinelli, we did the same, he is a very respected actor in theater, they call him the prince of the theater. He is a very sophisticated actor and comes from a very interesting family. I gave him the role of the crazy dude (Zingaro), something he had never done before. With the girl, I was a little less courageous. I tried to find an actress who was able to perform herself, but I wasn’t able to do that. Then I met this wonderful girl named Ilenia Pastorelli. She never acted before, came from the area of where the film is set, and she did a great job with Alessia. 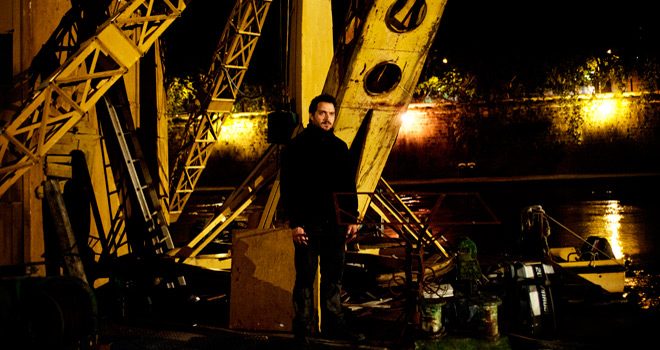 Still from They Call Me Jeeg/ Photo credit – Emanuela Scarpa

CrypticRock.com – Yes, and They Call Me Jeeg was released in 2016 in Italy and now it sees release in North America. That has to be exciting to see it receive a release internationally like this.

Gabriele Mainetti – It premiered at the festival in Rome in October of 2015 and it was released at the end of February of 2016. Italy is a very introflective country, they always talk about themselves, they can’t see beyond the border. It is beautiful gaining success, the movie received all the awards possible it could in Italy. That is very important for Italy as well because usually genre films are considered to be shitty films. They give awards only to arthouse films, but we did a great job.

It also did well at the box office, but that doesn’t mean the movie can be sold internationally. It was one of the highest grossing films in Italy at the box office in 2016, so we are very happy. Cinema is an international language, so when you see your movie going everywhere, it means, in a certain way, people understand it. It pleases you so much to see this.

CrypticRock.com – It certainly has to be and congratulations on all the success in Italy. This is quite a unique superhero-styled film. Enzo is a very unassuming character. What was it like bringing his character to life?

Gabriele Mainetti – We wanted to make a movie about a superhero. I like movies, all kinds of movies, and I don’t think many Superhero movies are interesting. We wanted to do a Superhero movie and twist in our Italian way. For us, from great powers does not come great responsibility. Power is a privilege, look at our politicians. Apart from the Italian way, we wanted to do something new. We thought, why don’t we give this power to a criminal. The criminal is a low life, someone who hates people, so it will be a huge challenge to make him really love people. He has to go in the opposite way, it is a very big challenge. We don’t believe that someone whispers in your ear, “with great power comes great responsibility, you better use them for the people.” We believe it is just something spoken in your mind and we wanted him to go by his gut.

The relationship with Enzo really breaks his shell. He is introvertive, he is always with his head down, but he lifts his head up, sees the girl, and after she is gone, sees the people behind the girl. That is basically it, it is a very simple story. It is a guy who doesn’t believe in himself and meets a girl who teaches him how to do it. That said, we wanted to do it in a different way. For us, he is an anti-hero for 3/4 of the movie and then turns into the hero, but he does it with his gut. 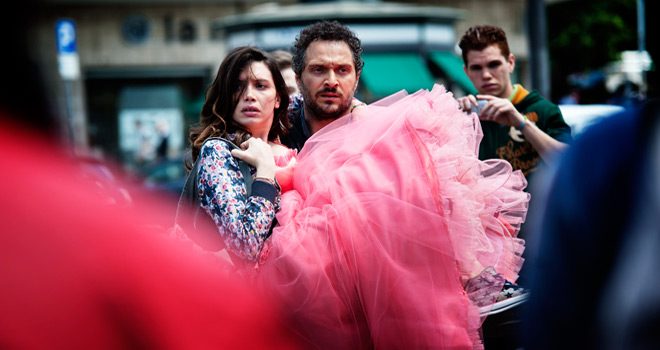 Still from They Call Me Jeeg/ Photo credit – Emanuela Scarpa

CrypticRock.com – It works well and makes the story very compelling. There is definitely a gritty quality to this film. Was it intentional to make it gritty in this way?

Gabriele Mainetti – Of course, we wanted to make it gritty, dirty, and not politically correct. We tried to use reality, merge it with fantasy, and see what happened. I wanted it to feel real. The character is so real, you could put him anywhere, and he will react in a real way. The environment where the film is set is so real. I can tell you this, Enzo was inspired by a real story. There was this guy who didn’t want to talk to anyone in this area. They found him dead in his house surrounded by thousands of VHS of porn. We tried to create a story that is not life in a superhero world, but we tried to tell a real story while interjecting some fantasy into it.

Sometimes, in Italy, you will have this wonderful story, but they can be very difficult to follow. Life is art, people are frustrated, there is lots of unemployment and so many poor people around, why should they have to go watch a film about how life is so shitty? We wanted to merge that with the fantastic way of cinema in the US which provides a escape from reality in way. We wanted to provide an escape from reality, but we also talk about reality. With They Call Me Jeeg, you are going to understand something about reality, that is what we wanted to do.

CrypticRock.com – That was very evident and worked very well. Since They Call Me Jeeg is your full-length director debut, what projects do you have hereafter?

Gabriele Mainetti – Since the movie was so successful, a lot of people called me. Even in the US, some companies called me to make a remake of the movie. I said no, my movie is my movie, I am not going to remake it right now. Everyone was forcing me to do a sequel. I said, “I fought for six years to make this movie, I tried to do something new in Italy, if I do the sequel I would be super Italian, in sense I would be comfortable. I wouldn’t be at risk, and trying to do something crazy.” That is what I did the first time, the second time I want to do the same thing. I wanted to try and find a story that was interesting with real characters, but in a crazy way. We a wrote a story and now They Call Me Jeeg was successful in Italy. I don’t have a problem doing a second story for it. That is what I am going to do, I am going to be shooting at the end of this year. 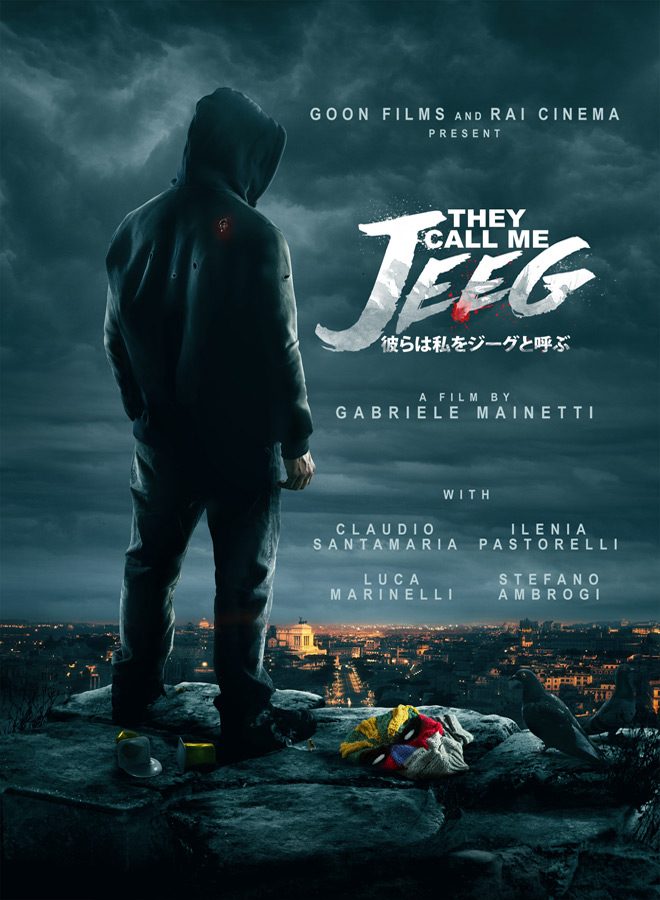 CrypticRock.com – That is fantastic news and something great to look out for. My last question for you is pertaining to movies. CrypticRock.com covers music and Horror/Sci-Fi films. If you are a fan of the genres, what are some of your all-time favorites?

Gabriele Mainetti – I am a huge fan. John Carpenter is my master of course. I can’t name how many Horror movies I love. My thesis in college was on how zombies changed after 9/11. I am a huge fan of George A. Romero – 1968’s Night of the Living Dead, 1978’s Dawn of the Dead, 1985’s Day of the Dead, 2005’s Land of the Dead, 2009’s Survival of the Dead are all pieces of art to me. I wrote a story about zombies but I couldn’t make it. I hope I can make a zombie movie one day, it is a deformed mirror of society that, when used in an intelligent way, can be a textbook of where we are going.

I love Carpenter’s They Live (1988), also The Fog (1980), maybe my favorite of his is The Thing (1982). I also love Friday the 13th (1980), Halloween (1978), The Exorcist (1973), which shook me so hard. I love genre, it is a very difficult medium for a director. People who do social drama, they are interesting directors, but genre has codes and language, you need to be technical, you need to learn the language. I love Alfred Hitchcock so much, I could be talking about this forever. These great directors shaped my way of seeing things. One of the best newer Horror movies is the French film Martyrs (2008), it is in incredible. 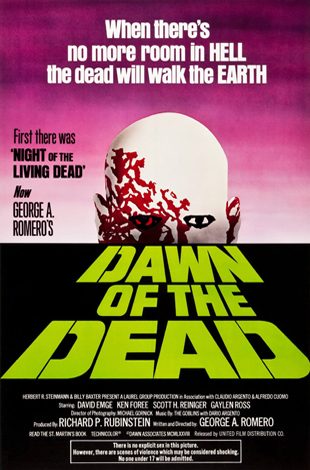 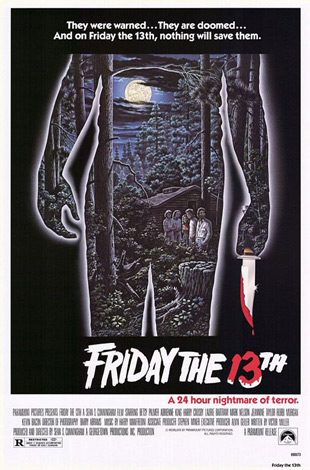 Purchase They Call Me Jeeg on iTunes