The ballad is one of the oldest forms of literal expression, and throughout history, has often been a narrative set to music. In the world of Rock-n-Roll, the love ballad is a vital piece of the puzzle, serving as the cornerstone for the genres most legendary acts, from Elvis Presley to The Beatles. Captured by the power of such influences, the Australian duo, Air Supply, was born in 1975.

A band centered around the songwriting of Graham Russell and unmistakable vocals of Russell Hitchcock, together they have achieved a massive list of top 10 singles, strike platinum selling albums, and to this day, continue to tour the world. Arguably one of the most successful Soft Rock duos of all-time, Air Supply have no set formula to the magic, instead, it has all been accomplished through feeling. Recently we caught up with Guitarist, Songwriter, and Vocalist Graham Russell to talk the past four plus decades of Air Supply, his lust for melody, releasing new music, plus more.

CrypticRock.com – Established over 4 decades now, Air Supply has attained massive international success with a list of hit singles, making you one of the most successful duos of all-time. First, briefly tell us, what has this incredible ride been like?

Graham Russell – It’s a great life, it’s more than a career, it’s something we were prepared to dedicate our life to in the very beginning. With all new bands, when you begin, you never know if you are going to last 2 days, 2 years, or 40 years, it’s a crapshoot really. I think Russell and I had certain things going for us, I think one of them was naivety. We didn’t know what we were were doing, we just had some songs, and Russell had this incredible voice, and I knew that. All the pieces just fit together.

Looking back now, at 43 years, it has been such an incredible journey, I can’t imagine doing anything else. Sometimes when I think, when I reminisce about everything, one day, I am really going to miss this, whenever we stop for whatever reason. I always think to myself, “One day we won’t be doing this.” It will be a sad day for me personally, and I know for Russell. Though it will be over one day, that day is not on the radar right now.

CrypticRock.com – It is exciting to see you still going strong. The sound of Air Supply has always truly been your own -from the instrumentation to songwriting, all unified with Russell’s voice. Looking back, did it take you two some time to hone the sound you were looking for?

Graham Russell – You know, it really didn’t because we didn’t try consciously to do anything in particular, it was just the ingredients we had. For instance, Russell growing up, and had an older sister, his father was a band leader as well as singer, so he grew up listening to big bands as well as Frank Sinatra, Connie Francis, and Elvis Presley. Funny enough, I had 2 older sisters, so I grew up listening to the same stuff. I have that background of great singers as well, but then when The Beatles came around, everything was put together.

Neither of us have any formal musical training. What we did, we did by intuition. I just happened to write a certain kind of song – very romantic songs, a lot of them are about love and relationships, but I wasn’t aware of that. Even after Russell and I made a few records, people would come up to us and say, “You have this love sound,” but we weren’t aware of it and we didn’t try to do it on purpose.

For instance, we didn’t sit down and say, “Nobody is doing the love thing, so let’s write songs about that,” I wouldn’t be able to do that. I don’t try to write songs about certain things, I just write songs, and it’s whatever they are. I think that is part of the beauty and surprise with Air Supply, because Russell never knows what the songs are going to be like – they could be an uptempo song, a classical song, etc. I think that is part of the charm that we have as musicians together.

CrypticRock.com – Absolutely. Another aspect that has always stood out about Air Supply are the songs haunting emotional feeling, no matter if they were more Pop or Rock driven. As a songwriter, do you look to balance those styles?

Graham Russell – I really don’t. When I feel there is a song around the corner, and I always know, I kind of get a warning; so I am somewhere quiet or next to a piano or guitar. I never know what’s going to happen, I only know one thing, whatever feeling I get, I am going to write a beautiful melody around it. That’s one of my fortes, I am a melody songwriter. Some people are Hip Hop, or Rock-n-Roll like The Stones. I am a melody writer, and whatever I hear, I wrap a beautiful melody around it. I think that comes from listening to The Beatles as a young teenager. Even before that, listening to Frank Sinatra growing up, and listening to a lot of show songs, like Rodgers and Hammerstein, who I love! That was my beginning, so that was drilled into me without even realizing it.

I just love melody. I can hear a Jazz song and I will put a beautiful melody over the top of it to calm it all down. That’s just what I love. Consequently, melodies are the gateway to the heart and romantic music. I love Classical music, but I go toward the melodic writers – I love Elgar and Beethoven, the ones that have these incredible melodies. They were ingrained in me from a very early age.

CrypticRock.com – It certainly shows, there is something special about melody when it comes to music, it is truly the base of much of it’s beauty. As mentioned, Air Supply had a string of success leading throughout the ’80s, and you have continued to release new music throughout the years. Speaking of which, in 2015, you released the really wonderful single “I Adore You.” Can we expect some new music again soon?

Graham Russell – Yes, we have a new album coming out. It’s funny you mention “I Adore You,” because it just came along, I played it to Russell, and he said, “Oh my god, this is going to be a big hit for us!” I said, “Well, I don’t know. I don’t know if people have big hits anymore with ballads like that.” However, we started to play it live, and it’s still in our set. The people love it! The fans who come to see us, they know it’s coming, and they know that is one of the great songs in our arsenal, if you like.

We always play it and the fans wait for it. The people who haven’t heard it, if we talk to them at the Meet and Greet, they will say, “What was that song?” It’s part of our collection of songs we play and we will play throughout our career thankfully.

CrypticRock.com – It is a wonderful song. You mentioned a new record, what can you tell us about it?

Graham Russell – It’s an orchestral album. We recorded it with the Prague Symphony Orchestra in Prague. A lot of the songs are the big hits, but there are new songs in there too. To hear them, and with a symphony orchestra is just extraordinary. I wanted to do it, I wanted to record with a famous orchestra and they are very famous. It was just so beautiful to hear the songs in a different light. We said, “We have to put an album out with these, let people hear them in their full glory.” There are also 5-6 new songs too, but with it, there is an instrumental version of all those songs – with no vocals, but with lead instruments like piano or guitar taking the lead. It is really very interesting for us.

CrypticRock.com – That sounds fantastic! The songs are really perfect for orchestral arrangements.

Graham Russell – Yes, we do some orchestral dates, but we want to do a lot more now. We are ready for that and we are starting to book a lot more symphony shows around the world.

CrypticRock.com – Excellent. Through the years, Air Supply has remained extremely active touring the world. You are actually on the road again through the summer. Do you still get the same thrill from the live performance all these years later?

Graham Russell – We really do. That is the treasure for us. Sometimes the travel can be difficult, but we love playing, and that is the price we have to pay to play most nights. We have it down to a science now, and we travel nicely. We will do anything just to be able to play. We love to get up on stage and see the reaction of people, that is the real payoff for us. I can’t see us stopping that anytime soon.

CrypticRock.com – You certainly put on a great live show and have a wonderful supporting band. What is the chemistry like with the group of players you bring out each time?

Graham Russell – We do, thank you! They are top of their profession, they are fantastic. Funny enough, our drummer, recently, broke the back of his hand, he couldn’t play. We said, “We will have to bring someone in,” he said, “No, I am going to play with one hand.” He played the shows with 2 feet and 1 hand, I virtually didn’t know the difference, it was incredible. The talent that this band has is amazing.

CrypticRock.com – Wow, that is true dedication. As we have been speaking about, Air Supply is all about the strength of the song, and we spoke about “I Adore You.” That in mind, music has changed a great deal over the years. Do you think we will see a return of the ballad in popular music? It does not seem like many are written those type of songs anymore.

Graham Russell – No, it doesn’t. Like everybody, I go to the movies and there used to be these beautiful ballads in movies, but even that is not the same anymore. I hope the ballad returns, because it is part of our culture. There are great singers like Celine Dion, who doesn’t do many shows anymore. Thankfully there are still some great artists that sing and perform. I do hope the ballad comes back into the mainstream, I really do.

CrypticRock.com – Yes, hopefully it does. It is an important part of popular music, especially Rock-n-Roll. Who doesn’t love a Rock ballad?

Graham Russell – Exactly! We definitely do. There is nothing as passionate and mind-blowing as a beautiful song played with great skill and passion. It is just something else.

CrypticRock.com – It truly is. My last question for you is pertaining to movies. CrypticRock covers all music, but also Sci-Fi and Horror films. If you enjoy those genres, do you have any favorites?

Graham Russell – I love Science Fiction and I must say, I am a big fan of the Alien movies. I love movies like that which really make you think. I am not too big on the Horror stuff, but I love the Science Fiction, I was even into Star Trek. Of course 2001: A Space Odyssey (1968) I love. The futuristic movies I love. 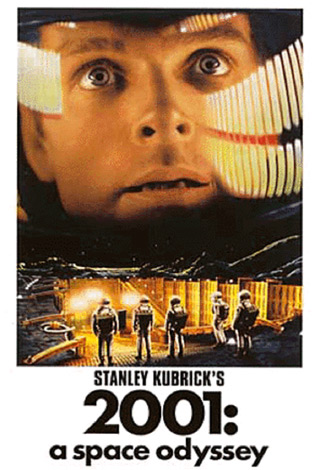