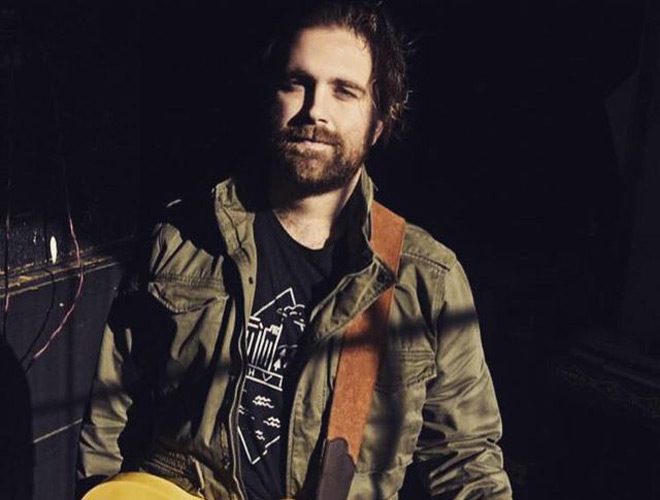 Right out of Nashville’s Alternative Rock scene, powerhouse Musician J. Marco is back with his sophomore album, Days of Surrender, which dropped September 29, 2017. After two months of its release, the artist has already impressed music critics and rocked killer live performances. Recently we had the opportunity to talk to J. Marco about his songwriting process, the challenges of Days of Surrender, and life in Nashville.

CrypticRock.com – Which song off your new album, Days of Surrender, do you think describes yourself as an artist best and why?

J. Marco – I think “Now That It’s Over” covers a lot of those bases. For Days Of Surrender, I was trying to write essentially Pop songs hidden under layers of guitars, distortion, and a bit of aggression as compared to my previous album, Myth. “Now That It’s Over” definitely hits all of those points; with the quiet melodic intro, aggressive tempo change, and driving choruses.

CrypticRock.com – Great songs! With this album being your follow-up release to your debut, Myth, you stated that, Days Of Surrender came from a lot of self-imposed time in isolation. It also came from not knowing what the future holds. How did you take on this challenge and why did you feel the need to isolate yourself in order to be successful?

J. Marco – I decided to do Days Of Surrender following a meeting I had in Nashville with a person who helped me out with career advice. The previous album, Myth, had only been out for a few months, and it being my first record, I was definitely still struggling to feel like I belonged and was worthy to be doing this. Everything was so new for me; it was a huge adjustment. The options on the table were, try to tour on a new record as a brand new artist that nobody really knows about, or plan a new record and continue doing my thing locally for a bit. Obviously, the second option was the best choice. I remember driving home and thinking about the catalog of songs I had been writing since finishing Myth, and it just kind of hit me. “I’m ready.”

As far as isolation goes, writing songs is a very personal thing, and I think I can do that best when I’m alone. It’s sort of like clearing your brain out from other influences/what is going on in the outside world to really focus on your own intuition and vision for what you’re creating. I know that “isolation” is generally looked upon as something bad, but I enjoy it. Not too much though, you don’t want to go crazy.

CrypticRock.com – That is understandable. What was the most challenging, yet rewarding part of creating Days of Surrender?

J. Marco – Without a doubt, recording it. The big difference between Days Of Surrender and my previous work is that with Days Of Surrender, we only had two weeks to record everything. Compare that to Myth, which was recorded slowly and deliberately piece by piece over the span of 3 months. With such a short time in the studio, there was no option for second guesses. Decisions had to be made within minutes, and I think that adds a certain desperation to these songs that really works. Luckily, I was working with Jeremy Ferguson of Battle Tapes Recording in East Nashville, who made this process about a million times easier than if I was working alone or with somebody else. 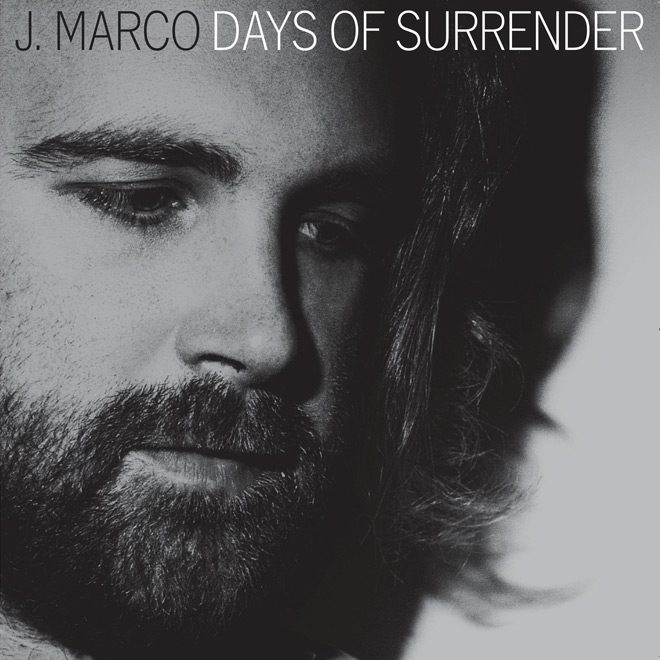 CrypticRock.com – It is always good to have someone else to give feedback when recording. That said, what is one thing you hope listeners take from this album?

J. Marco – I hope that Days Of Surrender connects with listeners in their own personal way, and they derive their own attachment to it naturally. I also hope they can hear the hopefulness in it.

CrypticRock.com – Hope is important, especially nowadays. Before coming to Nashville, you lived in Massachusetts when getting your career started. What brought you to the city of Nashville?

J. Marco – Desperation, spontaneity, and the reckless abandon of someone in their early twenties. I was freshly out of college, and working in a field that I didn’t really connect with. Music was always going to be it for me, whether I realized it or not. I came down here with some friends on a trip, and something just clicked. I had no reason not to try it here. I didn’t know anyone here, and moved here alone. It was really difficult at times, but looking back, it was hands-down the best decision I’ve ever made.

CrypticRock.com – It certainly sounds like it worked out well. Where do you credit your breakthrough as an artist in a city with such an overload of local music?

J. Marco – I don’t know, but I wake up everyday with a desire to prove myself and keep working. I try to be authentic, as in I don’t cater my sounds to what I think the audience wants. I write what excites me at that moment, and I hope that carries through to other listeners. I think that people can tell when they’re being targeted. I don’t want to target people. I don’t want to change a song because test group A responded better to it.

I think that people connect with authenticity, because there’s not a lot of that going around anymore. Just look at the most popular “real” Country singers, vs the singers caught in the factory farm of calculated, deliberate Pop Country songs. One has staying power because it’s real and from the heart, the other is disposable. 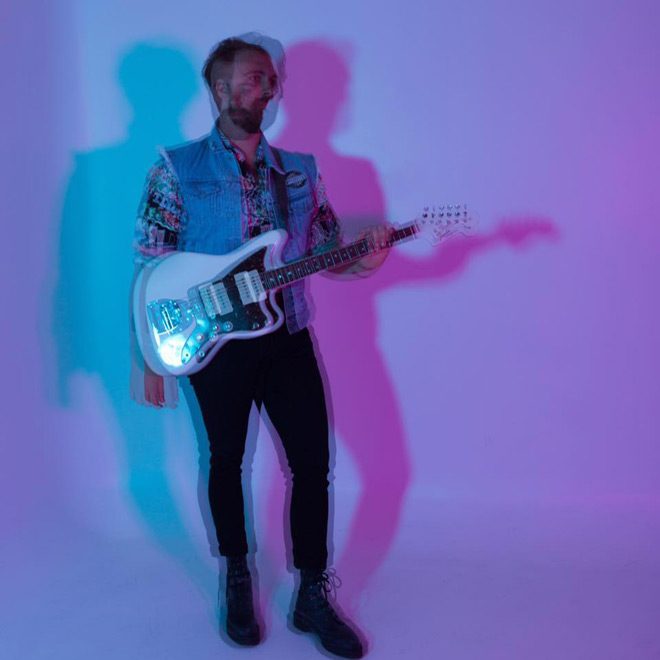 CrypticRock.com – Good point. What are some of your favorite things about the music scene over in Nashville?

J. Marco – In general, everyone is very supportive of one another. Through all genres, and levels of success, I feel that there is a certain camaraderie here among musicians and songwriters that is just really great. My other favorite thing is just how much music is constantly going on. Pretty much every night, there’s every type of music happening somewhere.

CrypticRock.com – Your new album is very energetic and powerful – it must be fun to play these songs live! Which tracks have gotten the best reception and why do you think so?

J. Marco – They’re a blast to play live! My personal favorites to play are “Bad News,” “Say Goodbye,” “See Her Tonight,” “Now That It’s Over,” and “We’re All Alright.” I love the audience’s reaction when we launch into “Bad News,” because it’s such a chaotic start. They seem to be all well received!

CrypticRock.com – Very cool to hear that. With the new year around the corner and an album release under your belt, what are your major plans for 2018?

J. Marco – Touring, working on new songs, growing as a band, growing as an artist, reaching new listeners, and just continuing to do this thing that feels like a dream.

CrypticRock.com – All very good plans! Last Question. CrypticRock covers all areas of music as well as movies, particularly Horror and Sci-Fi films. If you are a fan of these genres, what are some of your favorite titles and why?

J. Marco – Ok, I’m not huge movie person, but I do have some favorites in the Horror world. My favorite semi-recent Horror/Sci-Fi movie was The Cabin In The Woods (2012). It’s so great how they take all the cheeseball conventions of a typical mediocre Horror movie, and flip them completely upside down and end up creating this fresh vision of Horror movies that I really hope they start making more of. My other favorites are The Fly (1986), The Exorcist (1973), and The Shining (1980). This is probably a very basic list for people who are very into movies, so maybe you could recommend me some things to watch! 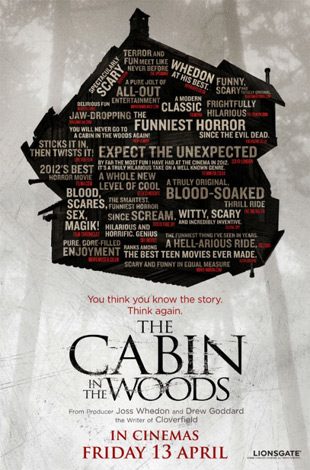