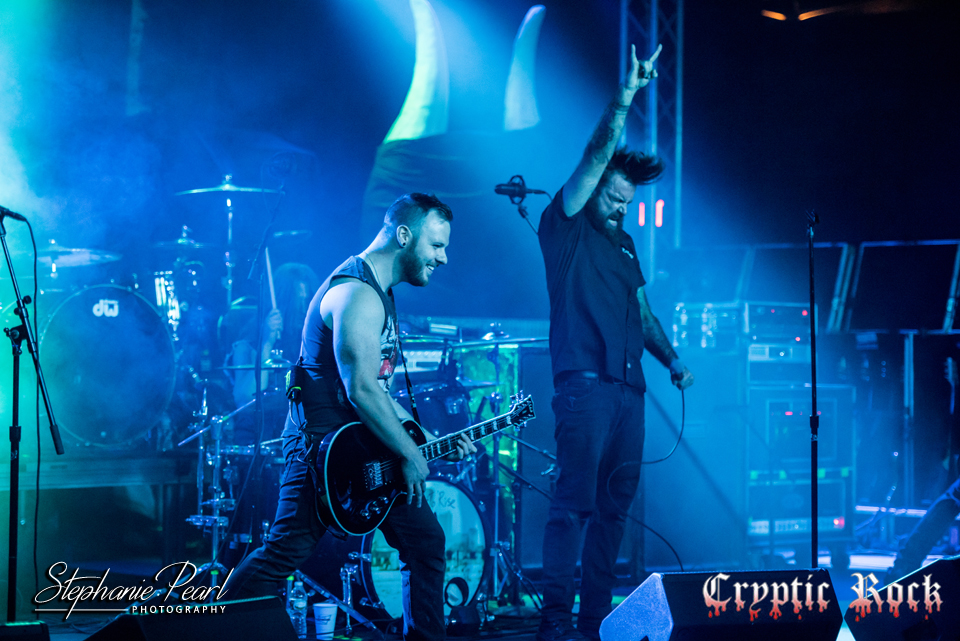 Those planning on hitting up the best Rock festival in North America this summer are sadly too late. The biggest weekend in Rock that almost broke the internet with mainstream Rock-n-Roll revival predictions was this year’s Rock On The Range music festival. Taking place where it should always take place (ahem current policy holders), in Columbus, Ohio; Mapfre Stadium saw a record breaking 120,000 in attendance. The iconic Rock festival even snapped up a few commendations from Columbus Mayor, City Council, and County.

Celebrating its 10th year, Rock On The Range witnessed their first-ever appearance by headliners Red Hot Chili Peppers, who debuted a breathtaking first ever live performance of their current single, “Dark Necessities.” The festival not only packed a serious lineup of Hard Rock and Metal heavyweights such as Rob Zombie, Lamb Of God, Disturbed, and Deftones, but what perhaps stands out the most and what continues to make Rock On The Range the drop everything, go-to, must-see festival of the year is their unique outturn of rising, edge-cutting acts worthy of global exposure.

Rock On The Range breaks bands into the highly competitive music industry with their annual Ernie Ball Battle Of The Bands opportunity. Every year, hundreds (if not thousands) of bands from around the country enter for a change to be chosen among the top 100 “Buzz Rated” bands who are then reviewed by a panel of industry professionals. Only one is selected to play live, but all 100 get an opportunity to showcase their talent directly to industry movers and shakers which is unprecedented within the Hard Rock concert circuit.

Citizen Zero, Wilson, Red Sun Rising, The Shrine, and Monster Truck are just a few of the newly buzzing acts heating up the Rock On The Range weekend lineup. Thanks to Rock On The Range, Rock lovers nationwide now have a plethora of brand new bands to watch all summer. 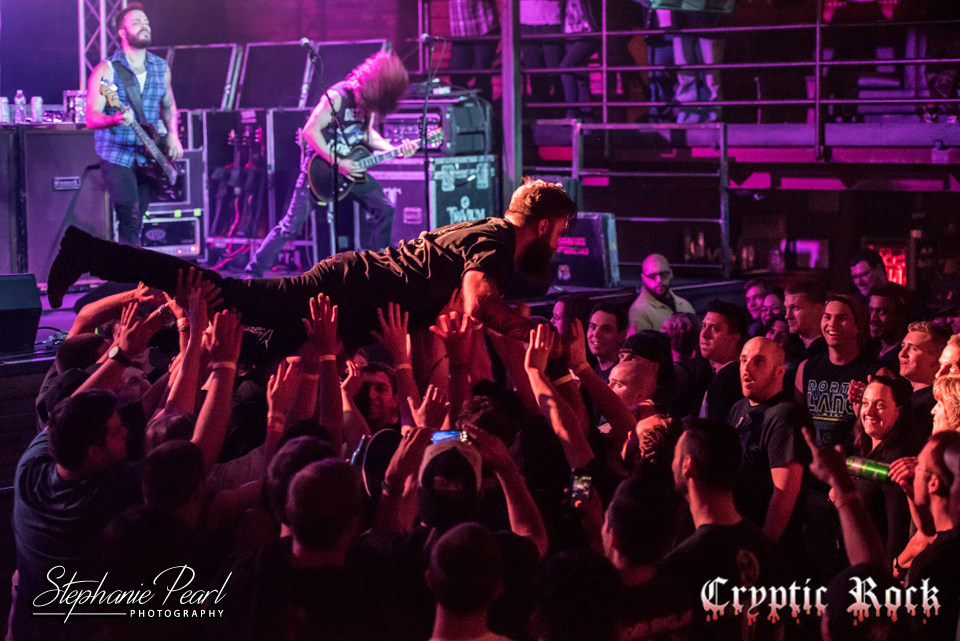 One of those is Detroit, Michigan’s Wilson who smashed onto the scene releasing their first album, Full Blast Fuckery in 2013, followed by the attention grabbing Right to Rise album in 2015. Released via Razor & Tie, Right to Rise marked the band’s major label debut and overall decendance into Party Rock pandemonium, amassing legions of fans into the Wilson face-melting brand of music. With that said, we had the chance to catch up with Wilson’s bassist, James Lascu, during the sold out festival for his take on the biggest weekend in Rock-n-Roll and general feels in the Wilson “House Of Fuckery.”

CrypticRock.com – Wilson has been on an incredible ride over the past couple of years. You have shared the stage with everyone from All That Remains to Halestorm and are building a strong following. First, tell us, what has this journey been like for you?

James Lascu – It feels like rolling down a hill in a barrel, and you’re having a really good time! Your body hurts but you’re smiling the whole way, it’s that good hurt! But really, it’s been incredible and we can’t thank our fans enough for getting us here!

CrypticRock.com – It sounds like quite a rush. Congratulations on your label debut, Right to Rise, which will be celebrating its one year anniversary in June. While this is not the band’s first record, it is an introduction to many listeners. With that said, would you say Right to Rise is a good representation of what Wilson is all about?

James Lascu – Yes, I would say most definitely. When we started our partnership with Razor & Tie, we went in like, “Let’s do this!” And our goal was to reach as many people as possible and we are really proud of it. The reaction has been unbelievable and we’re so grateful for that. 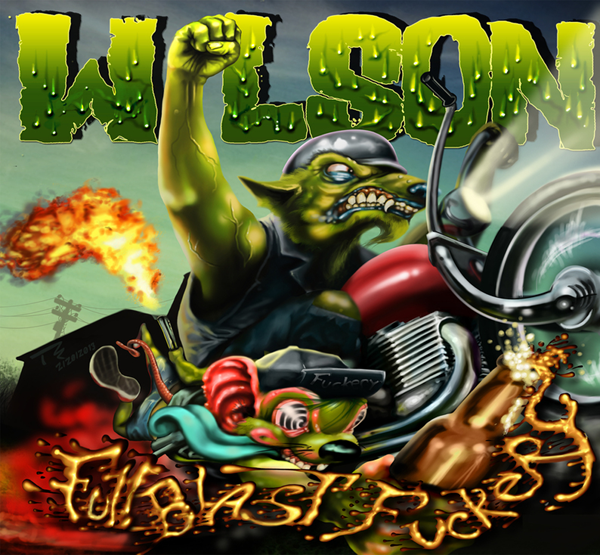 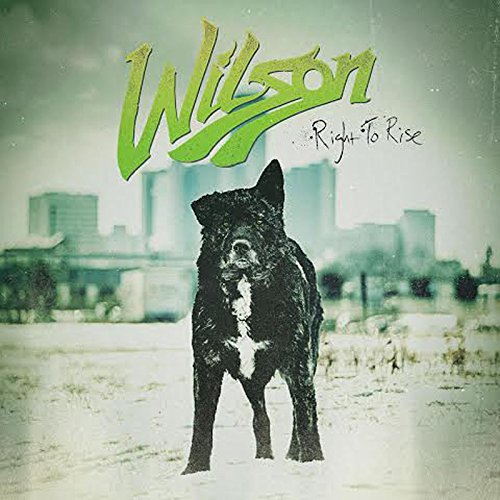 CrypticRock.com – Speaking of great reactions, Wilson’s sound is certainly a diverse one and your stage show is of the highest energy around. It seems everyone is always talking about the crowd reaction, but as a musician, what is your emotion while performing?

James Lascu – Sometimes I feel shocked, like today at this huge festival where thousands of kids are coming out to see bands they really love. Man, when you’re up there giving it your all and you lock eyes with that one person and they’re singing every word right with you, it’s the most amazing feeling in the world. I get all giddy and happy inside (smiles).

CrypticRock.com – Connecting with the fans is what it is all about, and your music has made quite an impression on the scene. This has obviously led to getting some major touring experience under your belts, and now that Right to Rise has been out and you have played the biggest festival of the year, what is Wilson’s next move?

James Lascu – Next is keep pounding that pavement and keep writing. We want to put out another record as soon as we can. 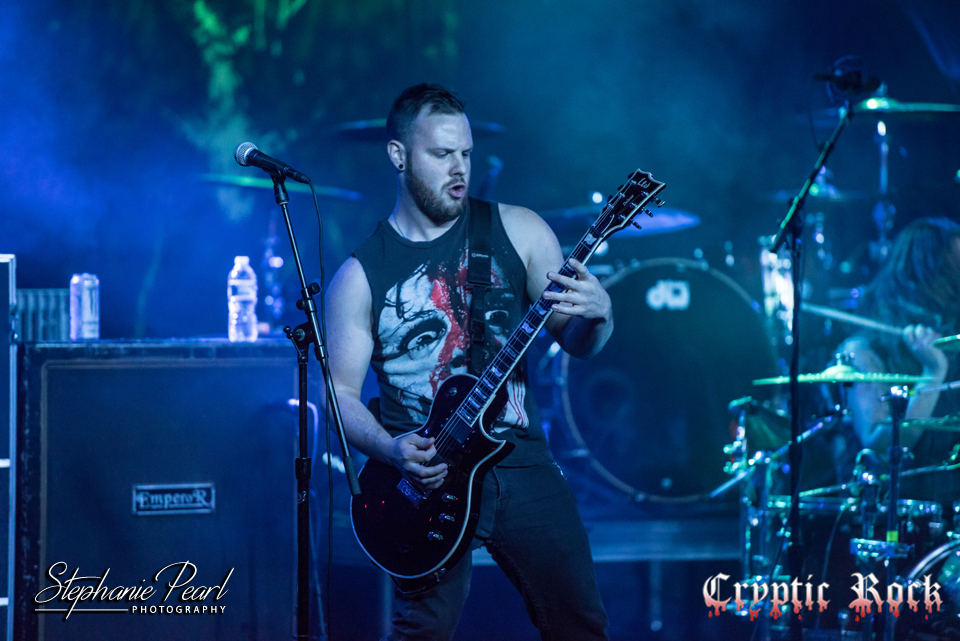 Cryptic Rock.com – That is a good choice. Leave us with some last words from Wilson’s House Of Fuckery.

James Lascu – If it feels good, do it! See you next year, Rock On The Range, and be sure to catch Wilson in a city near you.