It’s not easy to make a name for yourself in today’s music market, but the boys in New York’s Sylar have shown a dogged determination to their craft. Touring with a wonderfully eclectic list of other artists, as well as offering up three full-length studio albums throughout their seven year career, there has been no time for Sylar to rest on their laurels. In fact, they’re currently on tour with Beartooth and Knocked Loose – because sitting idle is never going to be the forward-thinking Sylar’s thing.

To continue to bolster their good name, on October 5th, 2018, Sylar released their latest full-length. Seasons is an impressive collection that sees Vocalist Jayden Panesso providing some of his most personal lyrics to date, all while the band, as a whole, continue to develop their truly unique, signature sound. Recently, Panesso took a moment out of his exceedingly busy schedule to speak about Sylar’s unique sound, all things Seasons, and much, much more.

CrypticRock.com – Sylar have been a band for roughly seven years now. As you creep up on a decade as a touring band, what have been some highs and lows of your journey, thus far?

Jayden Panesso – Man, it’s crazy when you put it like that! (Laughs) It doesn’t feel that long sometimes, especially ‘cause we didn’t really start to tour hard until 2014, but we’ve seen so much in that amount of time. The highest points have definitely been seeing all the fans that we’ve gained throughout the years, especially when we hit different countries, you know? Always blows my mind! Some of the lows have been the amount of family time I have to sacrifice to be able to do what I love, but I know it’s all worth it at the end.

CrypticRock.com – Being away from family is a definite downside to touring, for sure. Speaking of home, the band hails from Queens and New York is definitely a dog-eat-dog world – especially the music scene. How do you think that being New Yorkers has helped to shape the band and your sound?

Jayden Panesso – I’ve always said we’re a product of our surroundings. Growing up there definitely helps you keep your guard up; NYC is its own animal and I personally love it. Even though I never traveled prior to touring, I feel like being from where I’m from always helped me approach situations better in different places. As far as sound goes, being from such a diverse city in the world has definitely helped Sylar be very open-minded about all the different elements we include in our music.

CrypticRock.com – You said that great: New York is definitely its own animal. Now, 2018 is a time when so many bands are conforming to self-created formulas and refusing to branch out, and yet Sylar have a massively unique sound that never conforms. Ever. Considering that you are amalgamating so many different genres to create something new, it only seems fair that you get to name this new genre. What’s it called?

Jayden Panesso – Well, thank you! That’s honestly the best compliment anybody can ever give us. So, since you ask, I’d call it SYLAR. That’s what we are! We don’t want to be tied to just a certain sound.

CrypticRock.com – That’s what is so very special about Sylar. Let’s discuss the new album, Seasons. Going into the studio, did you do anything consciously different this time around?

Jayden Panesso – I think the main thing we did differently this time was that we gave ourselves time; the process didn’t feel rushed at all. On top of that, we also had a lot of material before we actually went into the studio. Just felt insanely comfortable.

CrypticRock.com – That comfort pays off in a great album! There is a definite theme of change on Seasons– from changes in relationships to changing oneself. Where was your head at when you began to write the songs that would encompass the album, and was this an intentional theme?

Jayden Panesso – There was so much going on in my personal life during the process of writing Seasons. A big part of it was that I recently just became a father – best moment of my life, easily. It was just a big change of pace for everything in my life, you know? Our lives were also going through so many changes with the amount of touring we put during the cycle of our last record Help! It just felt like a very wild time, and I wanted to talk about the changes as well as highs and lows we were feeling. I strongly believe change is what keeps life so interesting; if we didn’t have change, whether it is good or bad, life would just feel dull. So yeah, it was totally an intentional theme. I wanted for people to understand our changes in emotions through the record, in parallel to how it feels when seasons change in our world.

CrypticRock.com – It’s a great theme and this is the perfect time of year for that, actually. To further delve into the album, many of the songs get personal and you lay much of your heart on the line. Was there ever a fear of divulging so much?

Jayden Panesso – At first, when I started writing music, specifically lyrics, I didn’t know how to be fully honest; I was always hesitant. Sylar has been the only songs I’ve ever written. Throughout the journey of putting records together, I learned that I’m the most honest when I’m writing lyrics. That’s helped me use our own music as therapy.

CrypticRock.com – That’s an important development as a songwriter. A little left-field of the raw and honesty tracks, you have “SHOOK!” This is an amazingly catchy track and a clear stand-out on the album, and yet it feels like one of those ‘dangerous’ songs that you may end up stuck playing for the rest of your lives. It’s a perfect track for 2018, but are you prepared to still be shook at 50?

Jayden Panesso – (Laughs) You know what’s crazy? I never thought of it that way! Now that you mention it, I hope that’s the case. I’d love to see how well I could hold up playing that song at 50-years-old. (Laughs) Glad you enjoyed the song though, it’s personally one of my favorites.

CrypticRock.com – It’s undeniably infectious and fun, it’s a great song! On a similar note, do you have a favorite or a most personally impactful lyric on the collection?

Jayden Panesso –  On “Open Wounds:” “I’m standing here ‘til the end today, and even though I’m so afraid of how tomorrow ends, I’ll hold my fist up to the sky until there’s nothing left.”

CrypticRock.com –  That is a particularly personal and moving song. Now, clearly, anyone who follows Sylar knows that you guys have toured relentlessly and shared the stage with nearly everyone. You just performed at Rock Allegiance the other day and you’re on tour with Beartooth this fall. What drives you to commit so much time and energy to the road?

Jayden Panesso – The love for what we do really just keeps us going: there’s nothing I enjoy more than playing music.

CrypticRock.com – That is the most important thing. What is that 30-60 minutes on-stage like for you, as the artist?

Jayden Panesso – To me, there’s so many cool things about touring, but I really do it for that amount of time on stage every night. It means absolutely everything to me. I also know how much it means to fans. I remember going to shows when I was younger, and I remember how much those shows meant to me. I always want to put out the best energy out there!

CrypticRock.com – To move away from the music and touring for a moment and get dangerously serious, 2018 is presenting some very troubled times for many, many people. At the end of September, you Tweeted the following: “Dude, fuck anyone who says that depression isn’t real. That shit comes and goes randomly even when you feel like you’re on top of the world.” Do you feel that there’s an importance to sharing with fans that even someone who is living their dream each day gets depressed? Do you have any advice for people struggling with depression?

Jayden Panesso – Absolutely! I don’t really like to pour my personal troubles and feelings on the internet all the time, but I do believe it’s good to let people see the clear picture of how we’re all the same. In a world where being vulnerable gets looked down upon, I strongly stand with letting our fans know that it’s okay to not be okay and you can talk to people about it. Everyone is so afraid to show real emotions in this social media frenzy world we’re currently living in, and it’s a bummer.

CrypticRock.com – It truly is! Fortunately, that one simple Tweet might help a legion of fans to face their troubles and, for that, it’s wonderful that you were willing to make yourself so vulnerable. Before we get too serious, though, let’s lighten the mood. At CrypticRock, we cover music as well as films – particularly Horror and Sci-Fi. Are you a fan of either of those genres and, if so, do you have any favorite Horror/Sci-Fi films? 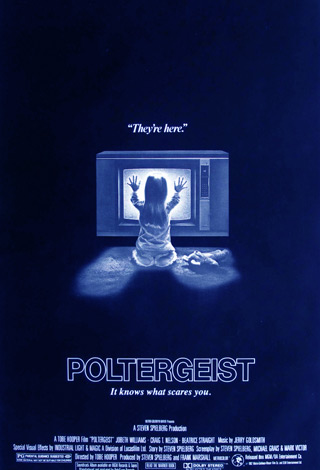