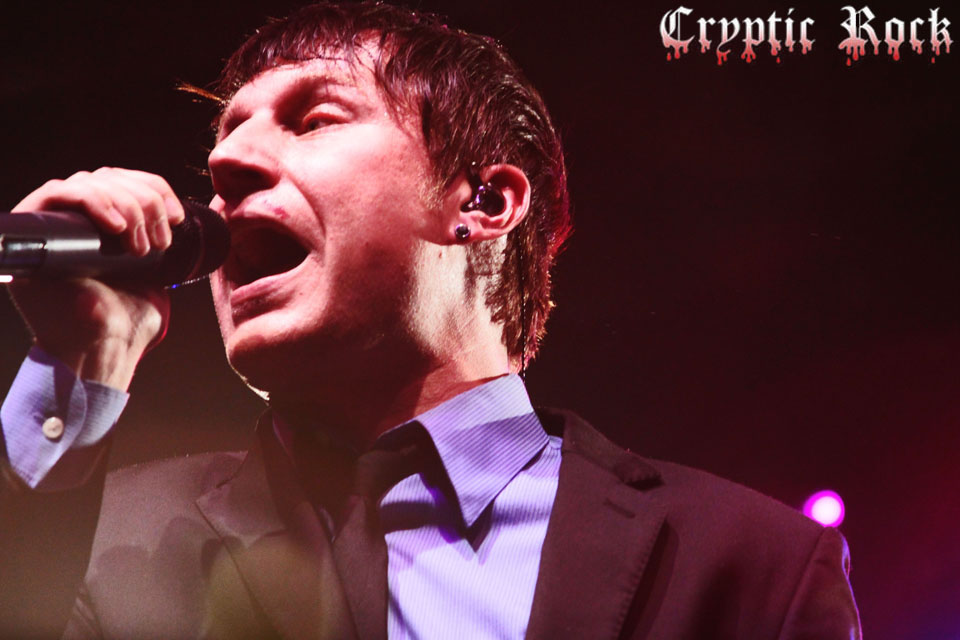 The road to success isn’t ever easy and is full of highs and lows. Minnesota based hard rock band 3 Pill Morning has stayed the course since 2004 reaching for their dreams. Having toured with the likes of Nonpoint, Sevendust, and most recently Hollywood Undead the band is building a fan bases along the way. Their first full length album Take Control (2011) was a stepping stone toward the band locking up record deal and releasing their major label debut Black Tie Love Affair last year. Making noise with singles like “Skin” 3 Pill Morning stock is rising fast. Recently we sat down with lead vocalist and song writer Jeff Stebbins for a comprehensive look into the progression of 3 Pill Morning, their drive to success, and passion for music.

CrypticRock.com- 3 Pill Morning has been together for almost a decade now. You released 2 EP’s and then your first full length album Take Control in 2011. Then in 2012 you had your major label debut Black Tie Love Affair. How redeeming is it to have a major label record out after your years of hard work?

Jeff Stebbins- It feels good. All the time that we put in. The band’s been around a long time but it’s a big evolution from just being a local band to finally out and doing national tours. We’ve had to go through a lot to get to the point that we’re at. It’s exciting to see all that work pay off and to see the progress we’ve made as song writers through the entire process.

CrypticRock.com- It definitely has to be redeeming to see all that hard work pay off. Now the band has changed their sound slightly over the years since your inception. Tell me what brought on the change in sound for the band?

Jeff Stebbins- To begin with, we were writing songs that were a mixture of hip hop and rock. As I started to write more and more songs I got more excited about vocals with less words. Thinking how could I write a song compelling enough just to get the point across. It became more singing, melody and hooks versus when you rap you can get all kinds of words and tell a whole story. It was kind of challenging yourself to do that and also I wanted to have something a little more memorable with the melody, make it a really tight song all the way through. That is kind of where we started to go and it has worked out for us. 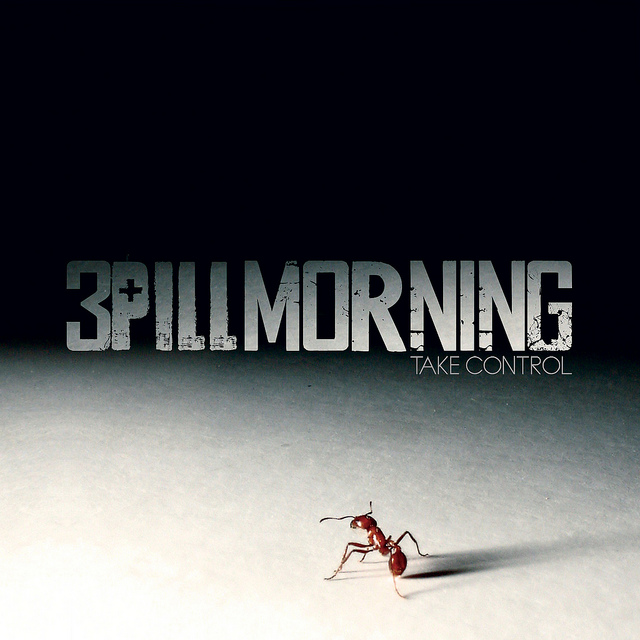 CrypticRock.com- It sounds like a natural progression for you.

Jeff Stebbins- It was. Going from being a rapper to working as a vocalist and just focusing on vocals is certainly a progression as well for myself. Moving from that mentality to being a singer every night, it’s a different thing.

CrypticRock.com- Your major label debut Black Tie Love Affair is a very solid rock band. Having all the experience you have together as a band what was your approach going into the writing and recording of this record?

Jeff Stebbins- I think we just used to write and record song pretty rapid. You’re learning the entire time and I think now we are a little more meticulous. We’ve gotten to work with enough different producers and see how a lot of people do things. It helped us analyze what we’re doing. The hardest part to take re-creating that excitement the first night you write the song and try and get that back in the studio. We really focus on trying to get back in that place, what it was like when that first idea comes out. We’re spending more time making sure that comes back around. Hopefully what people hear on the album, that live vibe and that excitement that we hopefully convey in our music. 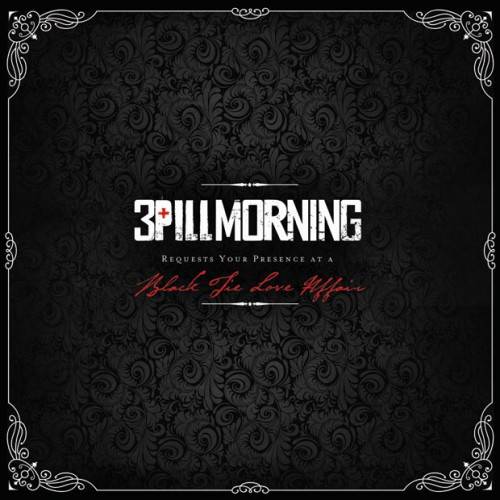 CrypticRock.com- The current tour you’re on is with Hollywood Undead, Escape The Fate and All Hail The Yeti. That is a very dynamic mix of bands. How is the tour going?

Jeff Stebbins- It’s been phenomenal for us. We didn’t know what to expect. Like you said a very diverse group of fans and a very diverse group of bands. What we’re doing every night and the energy we’re bringing to the table is something people are responding to. It’s been really exciting for us getting a lot of new fans. It’s what we’re out here to do, get in front of new faces and hopefully country wide we have people that continue to come back and see us another time we come back through town.

CrypticRock.com- When you look back at all the years of road and playing shows, building a fan base, getting your name out there what do you think your drive was to keep the band going and continue to pursue your musical dreams because I imagine there are moments where it can be discouraging?

Jeff Stebbins- I think we all said this as a band, if we didn’t feel like we are progressing the entire time at some point in time we’d said alright that was that and it’s time to hang it up. Every single year the crowds have gotten bigger. We’ve had more opportunities, we went from being a local band to a regional band, to a national band now. We’ve had stuff on MTV and different things keep happening that keep that drive alive. Despite the ups and downs of being on the road there’s always enough excitement around to keep us all positive and knowing that this is what we want to do. We are all focused on making this a career and once you’ve made that a decision there’s really no turning back, it’s just keeping pushing forward and hope that things continue to ramp up and they have been. It’s been awesome. 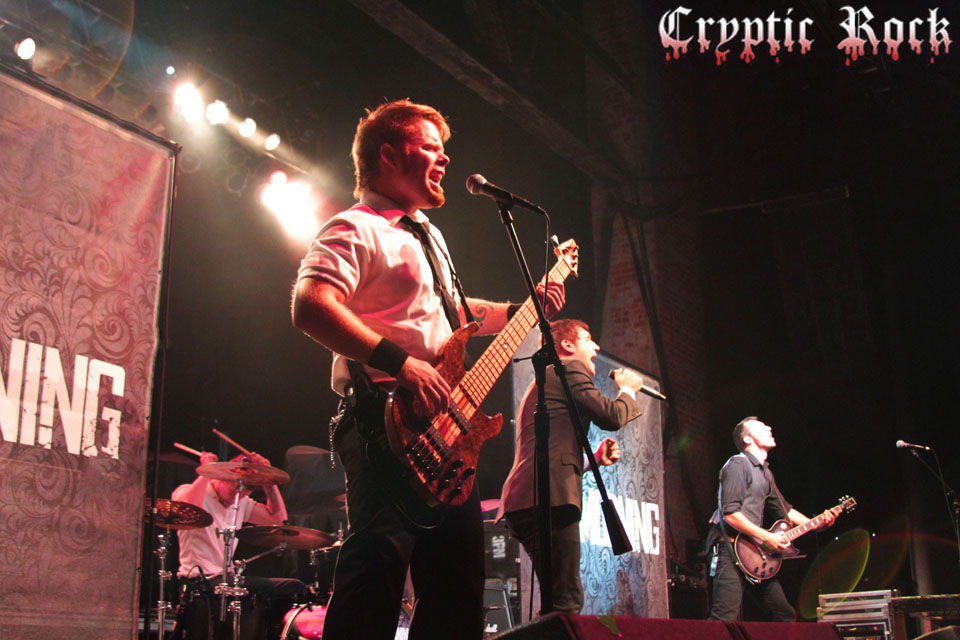 CrypticRock.com- It’s definitely working out for you guys and it’s good to stay the course. With the list of the band’s achievements to date what is next for 3 Pill Morning?

Jeff Stebbins- More rigorous touring. That is the only thing that we can control is being on the road and that’s where we’ve seen the most success for us, as far as growing our fan base. Certainly new music is always in the works. I think when we get to this winter break we need to go in and write music that is even better than anything we’ve ever done before. Like any band that wants to continue to beat what they did in the past. That’s really a goal for us, to venture into some new avenues and into some new ideas and concepts. Hopefully come up with something that is 10 times as special as even Black Tie Love Affair was. So we’re all focused on that. Right now it’s all about gaining fans and friends and anything we can do wherever we can.

CrypticRock.com- Yes you definitely always want to progress. I’d like to know what some of your musical influences are?

Jeff Stebbins- You look at some of the older bands that have been around a long time like Zeppelin certainly. Red Hot Chili Peppers, Rage Against The Machine, even Limp Bizkit. Their live shows were something I saw very young that got me really excited about even starting a band in the first place. On the more modern rock side of things Papa Roach, Chevelle, a lot of different bands out there. We get into a lot of stuff, there’s a lot of good music out there right now.

CrypticRock.com- That is cool and it’s all rock n roll. My last question for you is regarding films. Crypticrock.com is a rock/metal and horror news site so we like to focus on all genres. Are you a fan of horror films and if so what are some of your favorite horror films?

Jeff Stebbins- I’m not a big horror film guy. Old school Jason movies all the way through the Halloweens were pretty bad ass. I guess those would be my favorites and the American standard of horror films.